How Would You Like To Own Tennis Great Rafael Nadal’s Richard Mille RM27-02 Prototype Worn During the US Open? 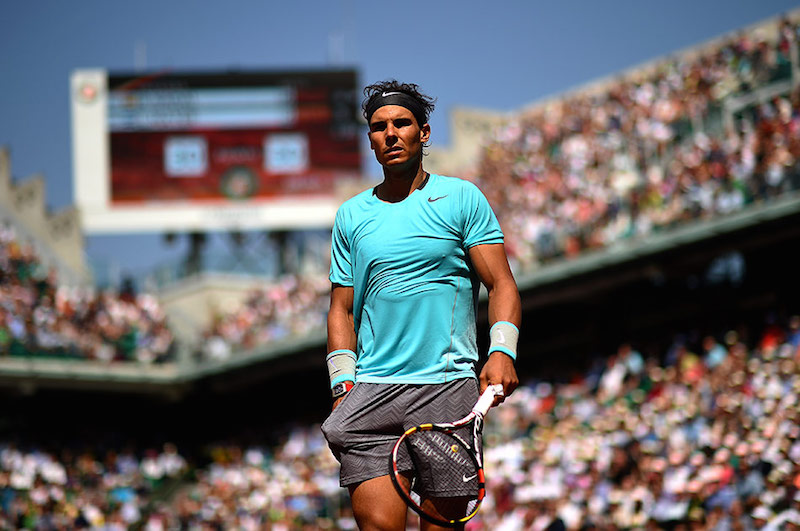 Owning a Richard Mille timepiece would be pretty amazing.  But having the exact watch worn by tennis star Rafael Nadal  throughout the U.S. Open and the rest of the 2015 season would be almost unreal. Yet,that’s exactly what can happen when the RM27-02 Tourbillon goes up for sale in November at the 6th edition of this year’s Only Watch auction. While Nadal didn’t make it to the finals of the US Open, he is still a top-ranked player and the RM 27-02 Tourbillon is a prized possession.

As is the case with Richard Mille, the brand is always looking to test the boundaries in technical watchmaking, and with this watch the envelope has certainly been pushed even further. The case design of this piece is particularly unique as it is composed out of hundreds of layers of quartz filaments layered on top of each other giving it a title of TPT® quartz. (Similar to the NTPT® carbon fiber piece which we’ve written about here.) 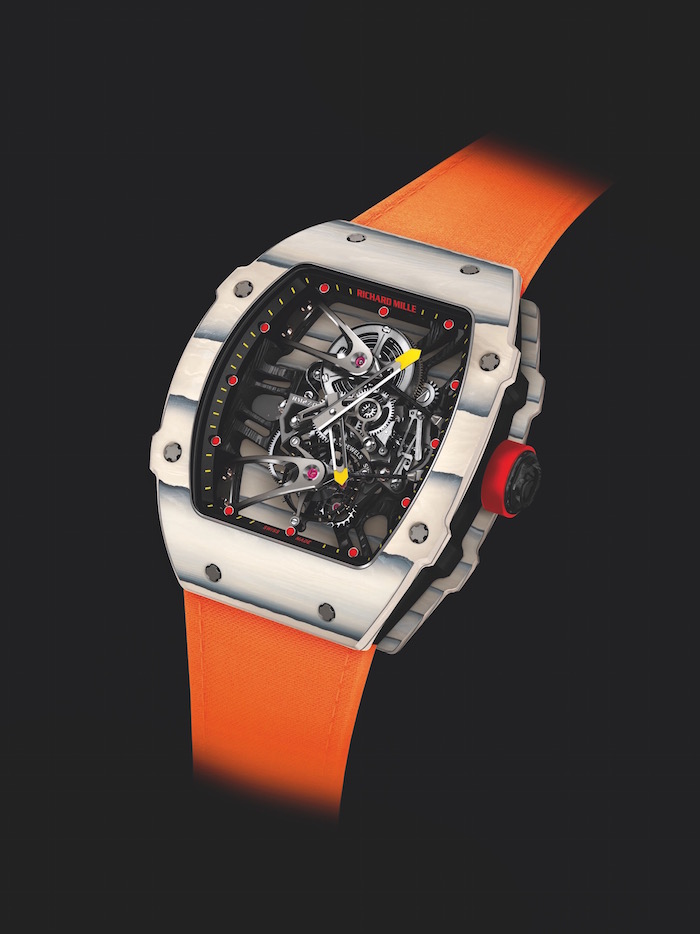 The RM27-02 with its TPT® quartz and unibody casing

Additionally for the first time, Mille has created a skeletonized baseplate, called a “unibody” (with movement visible from the dial side) that fuses the case middle and baseplate — eliminating the need to join the casebook and front in typical watchmaking style.  Machined from NTPT carbon, the unusual construction — that offers a visual dimension — serves a critical purpose: increasing rigidity and shock resistance.

Perhaps with the engineering feat accomplished within the micro-machined case work, it’s easy to overlook the fact that the watch contains a skeletonized manual winding tourbillon caliber. Not only is this a highly evolved lightweight timepiece, but also it is extremely robust and able to withstand up to 5,000 G’s of force. The integrated, beveled, shot blasted and satin-brushed grade-5 titanium bridges display further creative style with its three-dimensional design and functional purpose of bringing together the titanium and carbon elements. The rotating barrel within the movement generates enough power to run the watch an upwards of 70 hours delivering consistent timekeeping all the while. 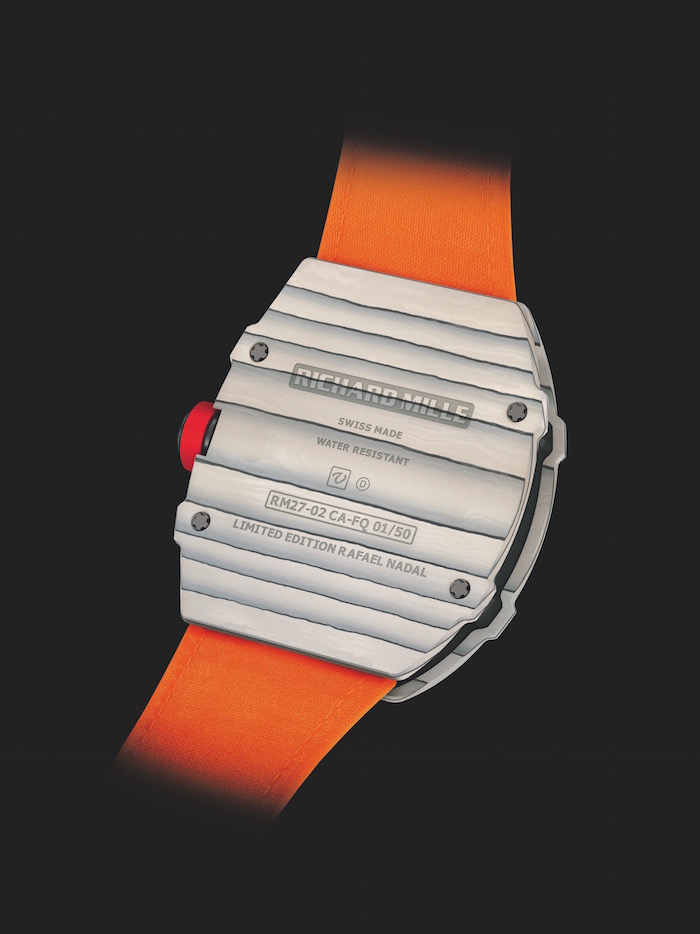 The RM27-02 Tourbillon Rafael Nadal is one of the more notable timepieces in the Richard Mille collection as it marks another step in the brand’s evolution towards technical advancement. While there are 50  RM27-02 timepieces made, the one being auctioned is the first-made prototype — actually worn by Nadal and, because the Only Watch auction timepieces must be unique (as if Nadal wearing it isn’t unique enough), the winning bidder of the watch will also recieve the outfit that Nadal wore during the U.S. Open– signed by him. Proceeds from Only Watch are donated to research against Duchenne muscular dystrophy. We will bring you more news on the timepieces in the November 7 Only Watch auction next month. Stay Tuned.