Late last night marked the close of the 2015 US Open Tennis Championships, which we have been covering extensively both here at ATimelyPerspective and on our Perfect Timing column on Forbes.com. We have had interviews with some of the finest players on the courts. 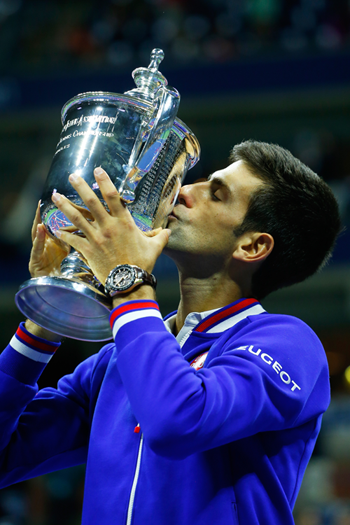 A big congratulations goes out to Novak Djokovic, who won the men’s finals today – taking the lead in a fantastic match against Roger Federer. The game went late thanks to some rain delays, and then, once back up and running, Djokovic suffered a fall and a bloody arm, but came back strong . It was a fight right up to the end, with many in the stands rooting for Federer and Djokovic defying them. His defense was strong, his returns were mighty, the payoff was the win– his third Grand Slam this season.

We are certain that Seiko, for whom Djokovic is a brand ambassador, will be issuing congratulations later today, and fans of this tennis star may just be looking to buy that limited edition Djokovic Seiko Astron. You can read more about  Novak Djokovic and his Seiko Astron, here. 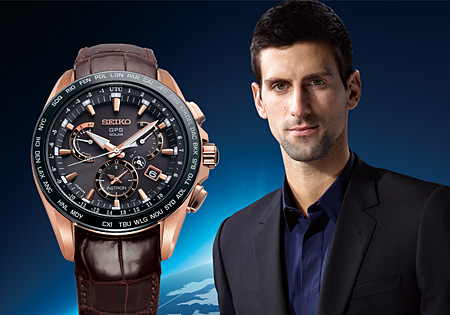 Novak will travel across at least 60 time zones this year

Meanwhile, we want to say that Federer, a Rolex brand ambassador, played an awesome game. You can read more about him here. On the women’s side of the game, there were some upsets early on, with Serena Williams (Audemars Piguet brand ambassador) and Petra Kvitova (Ritmo Mundo brand ambassador) going home in the semi-finals, we congratulate Italian Flavia Pennetta — a 150 to 1 odds player – in her win over fellow countrywoman and friend, Roberta Vinci.