How Eterna Continually Advanced Watchmaking Concepts: A Look at Eterna-Matic, Spherodrive and Caliber 39 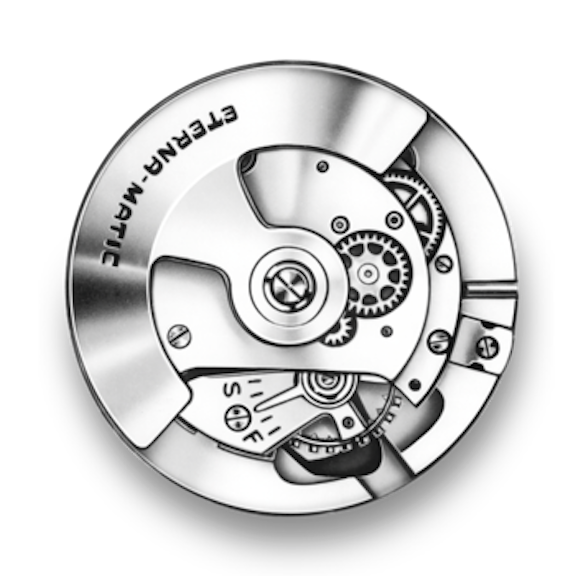 The Eterna Eterna-Matic movement was unveiled in 1948 and was revolutionary at the time.

With a company tag line of “Pioneers in Watchmaking,” Eterna has been on the cutting edge of innovation for more than 160 years. In fact, this brand – which established today’s famed ETA movement company in 1932 — is known for developing new solutions for watchmaking challenges. One important contribution was in the realm of automatic watches. Indeed, when Eterna unveiled the Eterna-Matic movement in 1948, it changed the way brands looked at automatic movements.

The Eterna-Matic caliber essentially featured a ball-bearing mounted rotor system to reduce friction. Five strategically placed ball bearings reduced friction and resistance on the oscillating weight that winds the mainspring and increased the watch’s accuracy. Eterna was the first to utilize such a revolutionary system … a concept that later became implemented by other brands. The Eterna-Matic movement is still used in certain watches today, including the Eterna-Matic Super Kon Tiki watch. Kon Tiki, named for the famous 1947 expedition, is an iconic line for the brand. 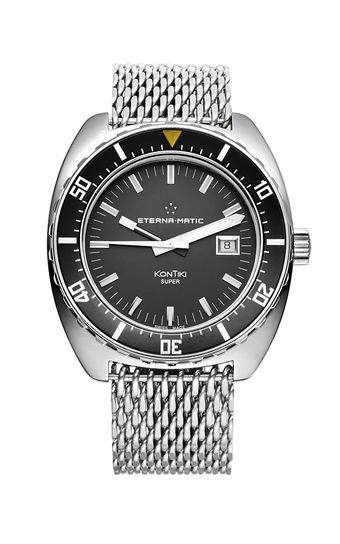 In the past decade, Eterna took the Eterna-Matic concept a step further and unveiled the Eterna Spherodrive ball-bearing-mounted barrel system, which established new standards of quality and longevity. Essentially, the mainspring (which provides the power to the watch) is loaded into a barrel and unwinds throughout the power reserve lifetime of the watch. By mounting the mainspring barrel on zirconium oxide ball bearings, its energy reservoir has a lubricant-free, ultra-efficient delivery via a rolling motion. In addition to extending time between servicing of the watch, the system improves consistent release of power and offers better long-term accuracy. 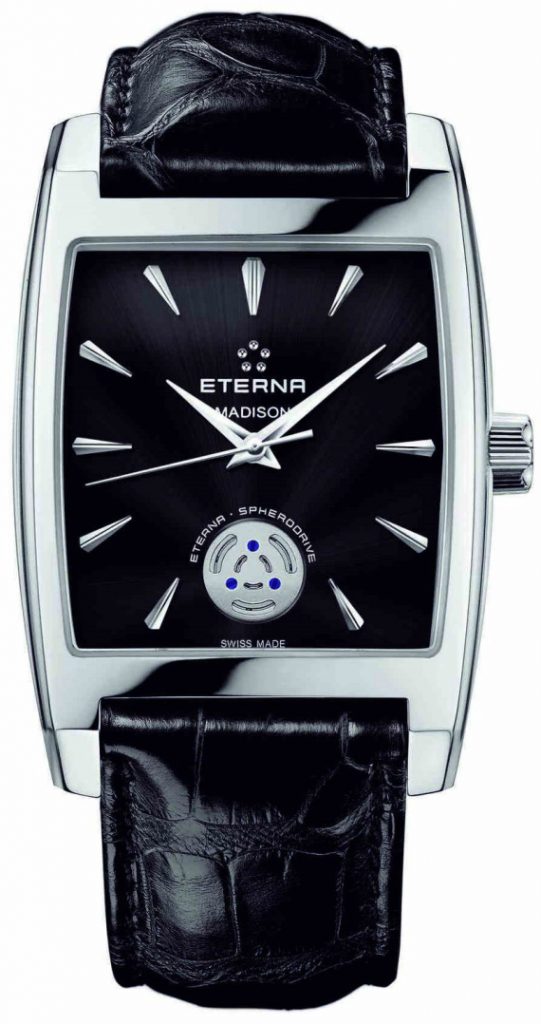 The Eterna Spherodrive caliber was housed inside a rectangular “Madison” case.

But Eterna did not rest there, and just a couple of years ago unveiled its new Caliber 39 – an ingenious modular caliber that can be used as a base to create 88 different movement versions. The new ambitious horological ebauch was the result of a desire to crate a modular movement that could be mass produced and would be capable of having other complications incorporated simply by adding the complication on top instead of turning to a separate plate to build the module onto. From the base movement, a GMT can be added, a chronograph or other complexity. The concept may be similar to what certain independent brands are now starting to build in small limited editions.

These three examples of Eterna’s on-going quest to overcome watchmaking challenges encouraged us to do a little further digging. It seems that back in 1908, the brand filed a patent for the world’s first wrist alarm clock, which it serially produced in 1914 – more than 100 years ago. 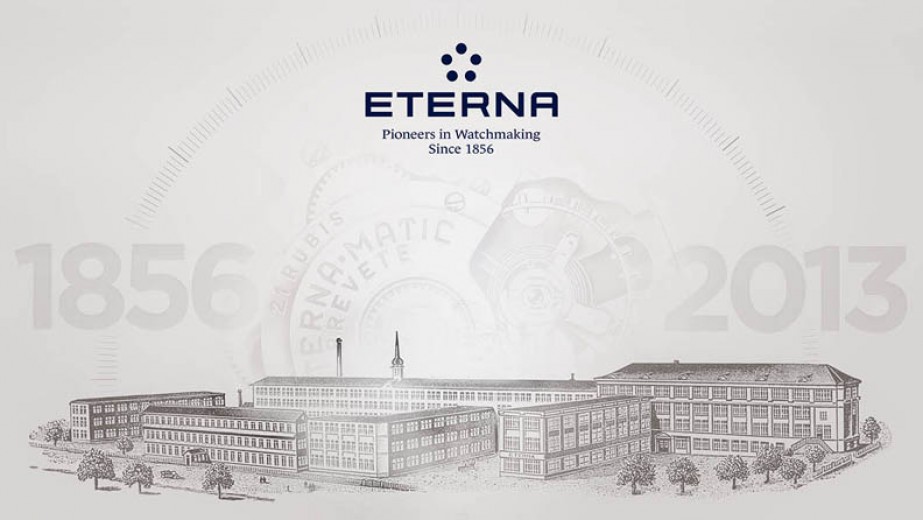 Eterna Manufacture in Switzerland. Today the brand is owned by Citychamp Watches & Jewellery

Recently it was announced that there were changes afoot at Eterna, whose interim CEO Davide Traxler was let go. The Swiss company was purchased about five years ago and is now owned by Citychamp Watch & Jewellery Group Limited based in Hong Kong.