John David Washington and Robert Pattinson star in Tenet by Christopher Nolan. The Warner Brothers movie comes out later this year and features a specially made Hamilton watch.

Hamilton Watch Company, which has a long and storied past in the world of movies, takes on a leading role in the new espionage thriller starring John David Washington and Robert Pattinson. In the movie, where time is omnipresent, the actors rely on a specially made Hamilton prop watch in their race to prevent the onslaught of World War III.

The watch is based on Hamilton’s beLOWZERO model, and was designed specifically for the movie at the request of  Christopher Nolan and production designer Nathan Crowley. The one-of-a-kind watch offers a digital display, as well as the analog dial found on the brand’s Khaki Navy BeLOWZERO watch. (In reality, the BeLOWZERO does not have a digital dial.)

The prototype watch was 18 months in the making because it required features not currently existing in Hamilton production watches. The brand worked side-by-side with the producers over the course of a year and a half to get it right. The preparations included technical development, testing and production at the Swatch Group’s lab in Switzerland where the brand’s engineers combined the needed technology with the display on the dial of the brand’s existing Khaki Navy BeLOWZERO. In the end, Hamilton produced dozens of the final prop watch to ensure it met the needed film requirements, and Hamilton watchmakers were on the movie set to showcase watch’s unique functions. 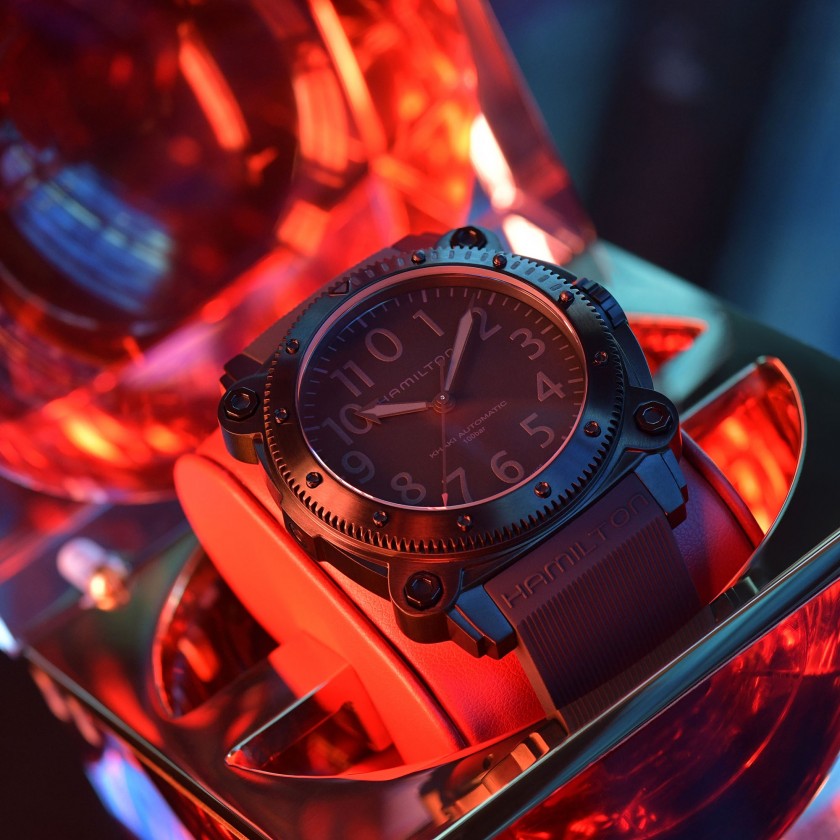 To celebrate the brand’s involvement with the movie, Hamilton unveils the Khaki Navy Belowzero Auto Limited Edition watch that retails for CHF 2,100. Inspired by the sci-fi action film, Tenet, the watch is crafted in titanium and is a limited design that features a red-tipped second hand as a reference to the main color in the movie (there is also a blue-tipped version). Powered by an automatic movement, the watch is all-black and water resistant to 100 bar. The three-hand movement offers 80 hours of power reserve. The watch is sold in special packaging that ws designed by Crowley and contains clues to the film’s story. Just 888 pieces will be made. Again, each retailing for $2,095.

Maybe even more exciting is the fact that Hamilton is hosting an interactive scavenger hunt — beginning soon.  Join the hunt, unlock the code and get insider info about the Khaki Navy BeLOWZERO watches.  Register at  Hamilton to be notified when the hunt begins. 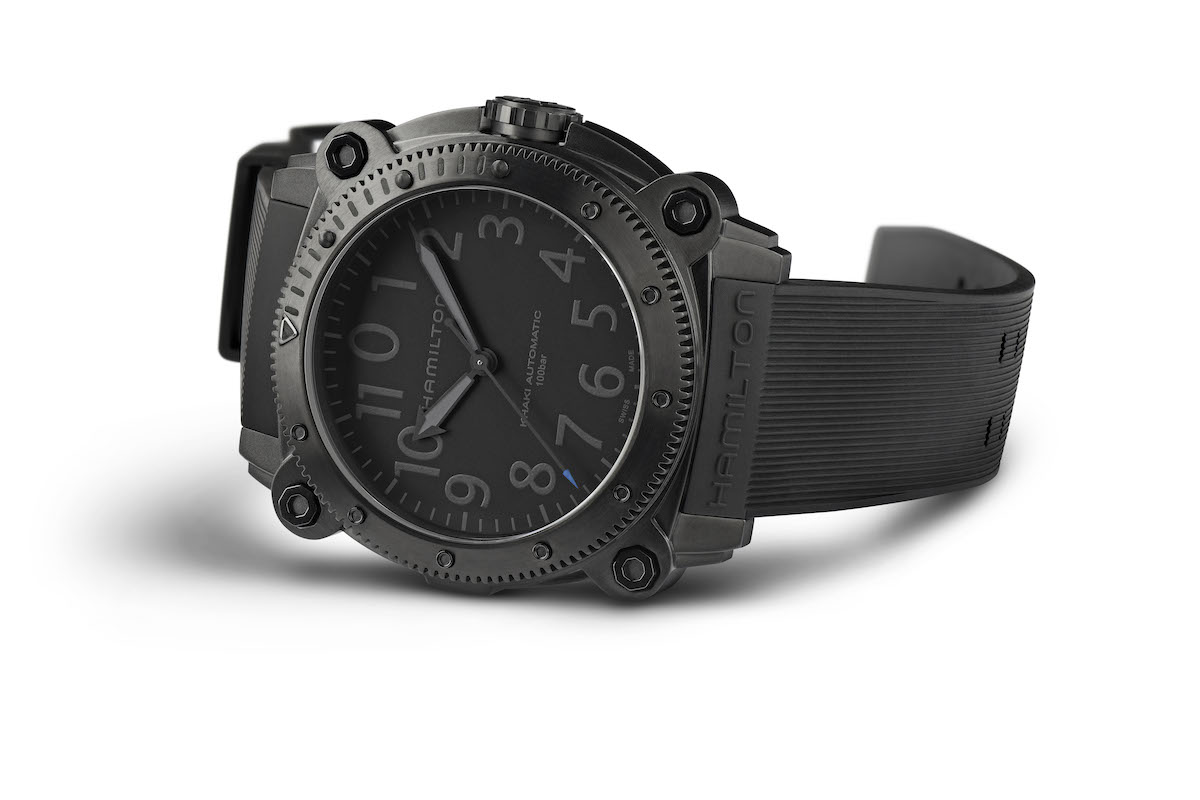 Hamilton Murph And Other Movie Watches

This is not the first time Hamilton has created a prototype for a movie. In fact, the watch it made for Nolan’s movie Interstellar, was nicknamed “The Murph” and became a fan-favorite. In fact, Hamilton has been a star in more than 500  big screen movies, including Elvis Presley’s Blue Hawaii and Stanley Kubrick’s legendary 2001: A Space Odyssey.   More recently, the brand starred in Men in Black, and others. Hamilton even developed the Behind the Camera awards to honor all of the people who work behind the curtain to make the films happen.