Hamilton Celebrates 7th Annual Behind The Camera Awards in Hollywood 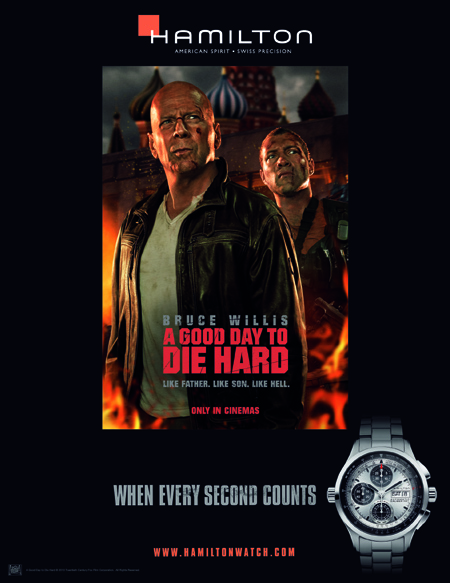 Hamilton Watches have been in movies for 60 years, and starred in the recent A Good Day to Die Hard.

For years Hamilton Watch Company has been the sponsor of the Behind the Camera Awards – an event the brand created  approximately 10 years ago to recognize those in filmmaking that are not seen on the screen—camera men, prop masters, costume designers, film editors and more. 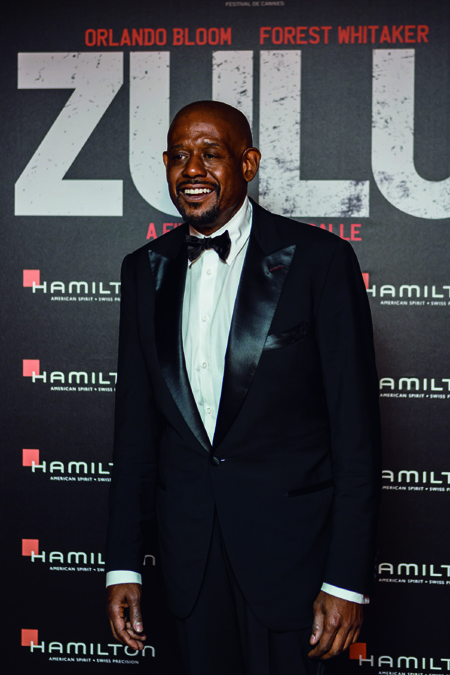 Forest Whitaker wears a Hamilton in the new movie, Zulu, which was shown at the end of the Cannes Film Festival.

The list of honorees and presenters for the Hamilton Behind the Camera 2013 Awards include: 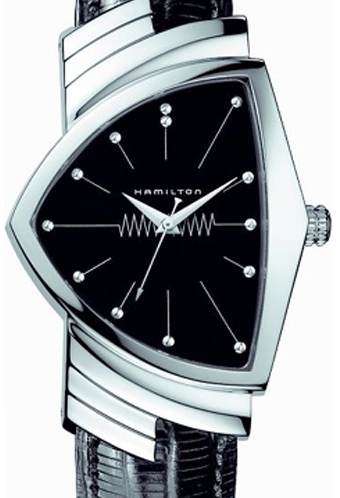 The iconic Hamilton Ventura watch (that Elvis Presley wore in Blue Hawaii) is the design impetus for the Behind the Camera Award watches.

Hamilton Watch Company has enjoyed more than 60 years of screen success, beginning in 1951 with the Oscar-nominated movie, The Frogmen wherein the brand equipped the movie’s naval divers with Hamilton watches – much as it had during World War II. Since then, Hamilton watches have appeared in more than 400 movies, with one of the early winners being the iconic Ventura watch worn by Elvis Presley in the 1961 film, Blue Hawaii. Subsequent hits include Men in Black and 2001 A Space Odyssey, and the recently released A Good Day to Die Hard. Coming soon is the release of the new crime-fiction movie Zulu (which closed the Cannes Film Festival) by Jerome Salle, in which a Hamilton Khaki Field Titanium watch adorns the wrist of Forest Whitaker.