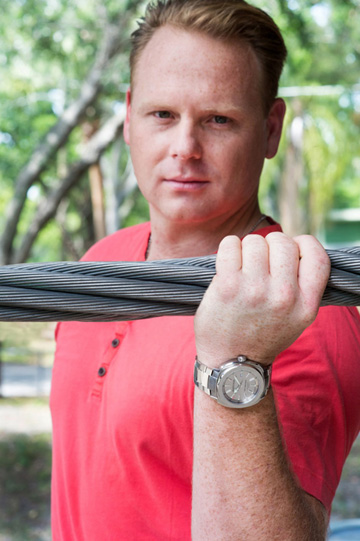 To those who follow his amazing feats, he is known as The King of the High Wire, but to his three kids, Nik Wallenda is just Dad. In fact, this seventh generation of the legendary Great Flying Wallendas insists he is not the daredevil people make him out to be.

“I am just a regular man with a dangerous profession,” says Wallenda during a private interview in Las Vegas. A young guy with big dreams, Wallenda is extremely comfortable during the interview – wearing jeans and a simple shirt and sporting a scrape on his forehead that he got while skateboarding with his son.

The day after tomorrow, Wallenda will walk across the Grand Canyon, 1,500 feet high on a wire that is just 2 inches thick. The 1,400-foot span across the Little Colorado River Gorge should take Wallenda about 30 minutes to complete. 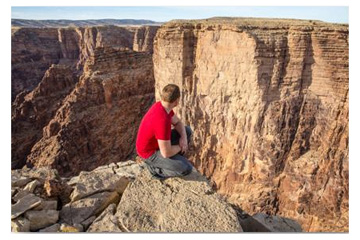 Nik Wallenda visits the Canyon often to get a feel for the surroundings and to visualize his walk.

“Any concerns?” I ask. “Just nature,” he says matter of factly. “I’ve been walking on a wire since I was two, just a year shorter than I’ve been walking on the ground, I have planned for this walk for years and every step is strategized and well thought out. The only thing we can’t account for is nature – a wind gust, updraft, back draft can come at any time. I have to be mentally prepared.”

No one else has ever dared to take on the Grand Canyon, but then again no one else dared cross Niagara Falls immediately over the falls like Wallenda did last year. “I am just a man fulfilling my dream. Since I was little and my family took me to the Grand Canyon, I dreamed of crossing it. I don’t think of it as dare devilish, I think of it as an art. This is my profession.” 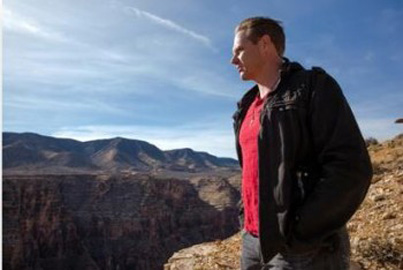 Wallenda says every step of the way is planned — except for Nature.

The walk will be one of the biggest live TV events ever televised, going live in 219 countries – four times more than his Niagara Falls walk. Still, while hundreds upon hundreds of people gathered to watch him walk the Falls, only about 100 people plus camera crews will be present for the Grand Canyon walk. As Wallenda puts it, the area is very remote and they had to build a three-mile road just to get there.

“It’s going to be much more relaxed than the Falls. I am not wearing a tether, which they made me do at the Falls at the last minute,” says Wallenda. “Also, I’ve been planning this for 5 years. I’ve made many trips out there and I have visualized this walk many times. But we are still at the mercy of nature.” Wallenda says the hardest thing about what he does is the mental preparation. He trains 5 days a week for 4-5 hours a day with wind machines and other apparatus that simulates nature’s elements, but for him the key is the mental visualization of his walks.

Wallenda says his dad is in charge of his safety and he is not concerned. “I know if they had to if gravity pulls me down, I grab the wire and they can be to me in 60 seconds if they have to.”

Wallenda’s three kids, ages 10,12 and 15 – who all also walk the wire – will be there to watch this historic walk, though he says that when they were there for the Allegheny River walk, he saw them playing Nintendo instead of watching him. “It’s just normal life for us,” he says nonchalantly. 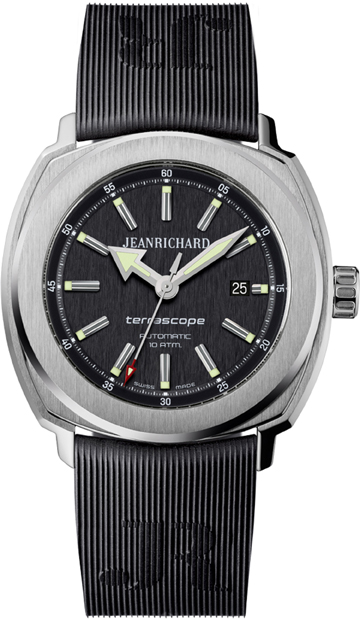 “I like to do things that no one has ever done before and this is one of those things – it’s the way my mind works.”

How does Wallenda time his work? To the second – and wearing a JeanRichard watch.  The recently-appointed ambassador for JeanRichard Swiss-made watches says he doesn’t want to be a second late to anything. He finds it a challenge sometimes when on live TV because he can be ready to go and they need to wait for a commercial. According to Wallenda, he will wear his new watch on his walk across the Grand Canyon.

“This walk is really about a man fulfilling his dream. It is about me and the canyon, me and nature. And in the end, I hope to inspire other people to follow their dreams and never give up.”