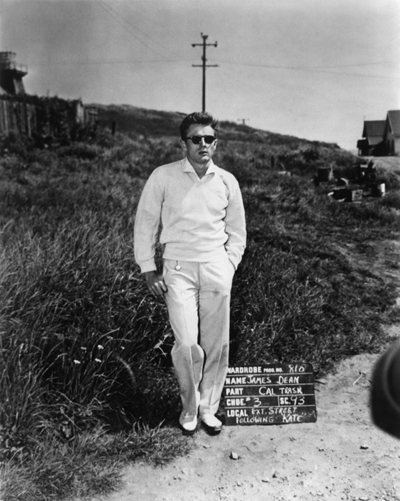 John Lennon once said, “Without James Dean, the Beatles would never have existed.” For all you pop-culture lovers, you have a unique chance to purchase one of the most important possessions this rebel without a cause had in his life – his U.S.-made pocket watch.

The American made watch goes up for auction the day after tomorrow at the Important Modern & Vintage Timepieces auction by Antiquorum Auctioneers. Although the auction is being held in Hong Kong, you can register now and bid on line.  The watch is an Elgin pocket watch that belonged to this legendary actor who inspired so many. 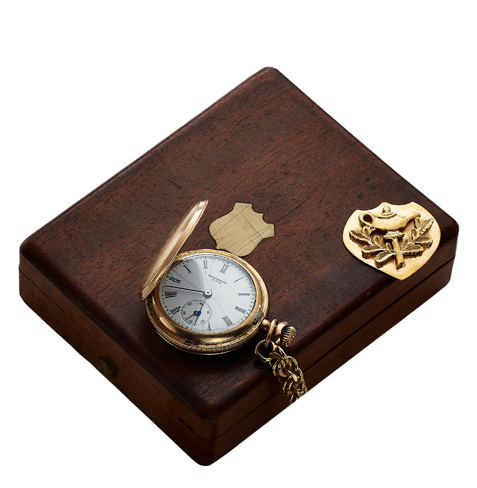 James Dean bought this watch used in 1951 while he was still a struggling actor working in New York. It was his first big buy and he had his initial engraved on the gold cover. He considered it his good luck charm and wore it while performing.  He got his big break shortly thereafter when he was called to LA for “East of Eden.”  James Dean’s father gave Dean the chain from his own pocket watch so that the watch would never be lost. 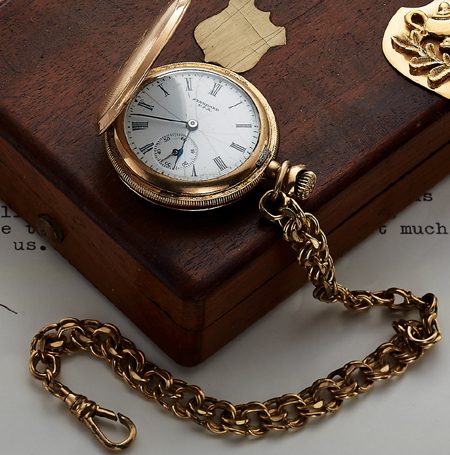 James Dean’s initials are engraved in a cartouche on the cover.

James Dean’s untimely death in an auto accident at the age of 24 cut his life short and thus there were few personal items left behind.  The pocket watch epitomizes his place in time, and is still set at 5:43, the time he lost his life in the car crash.  The James Dean keyless pocket watch was made circa 1889 by Standard USA and houses an Elgin movement. The case is gold filled and the dial is white enamel with radial Roman numerals.  The movement and case are signed by the manufacture. The pre-auction estimate of the watch is between $5,000 and $10,000. I know if I had the money – I’d be bidding!