Celebrate the 4th of July with Made-in-America Watches 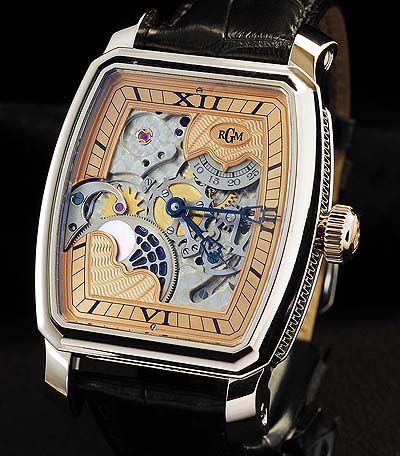 July 4th is a federal holiday in America, honoring our hard-won Independence from Great Britain and our adoption of the Declaration of Independence on July 4, 1776. While fireworks and picnics usually crown the day, it’s a great time to take a close look at the Made-in-America sect of the watch market, which, a half a century ago or more, was thriving. Today, just a handful of brands exist.

Easily the truest US watch manufacture is  RGM – the brand made in Mount Joy, PA, a small town outside Philadelphia. Last year the brand announced its third in-house movement – the Caliber 20. Now that caliber is starting to make its way into timepieces and on the market. The first piece to be shipped from the workshops was a custom-ordered platinum version with a solid rose gold guilloche dial and moon disks made of mother of pearl. Created to celebrate the 20th anniversary of RGM Watch Company, this movement incorporates many elements that recall the finest products from the heyday of American watchmaking:  the barrel-shape of the movement, the delicately curved bridges, and the smooth operation of the motor barrel.  RGM is all about haute horology. 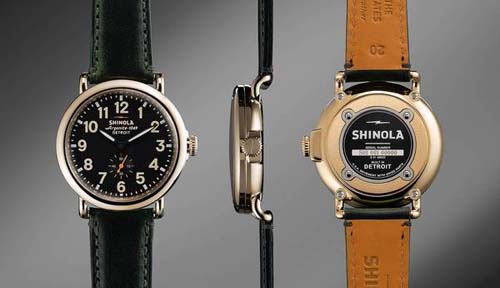 Also hailing from America – based in Detroit – is the recently opened Shinola brand, which we covered in depth here. This affordably priced fashion brand makes many different types of products – all made in America. For the watches, it buys Swiss Ronda movement parts and assembles the movements and watches in Detroit. It has several models in production for both men and women, and is making quite a stir around the country.

Several other brands also call America home, including Towson, in MD, and Bozeman based in Montana. Each has something different to offer and is worth taking a closer look by patriotic watch lovers.