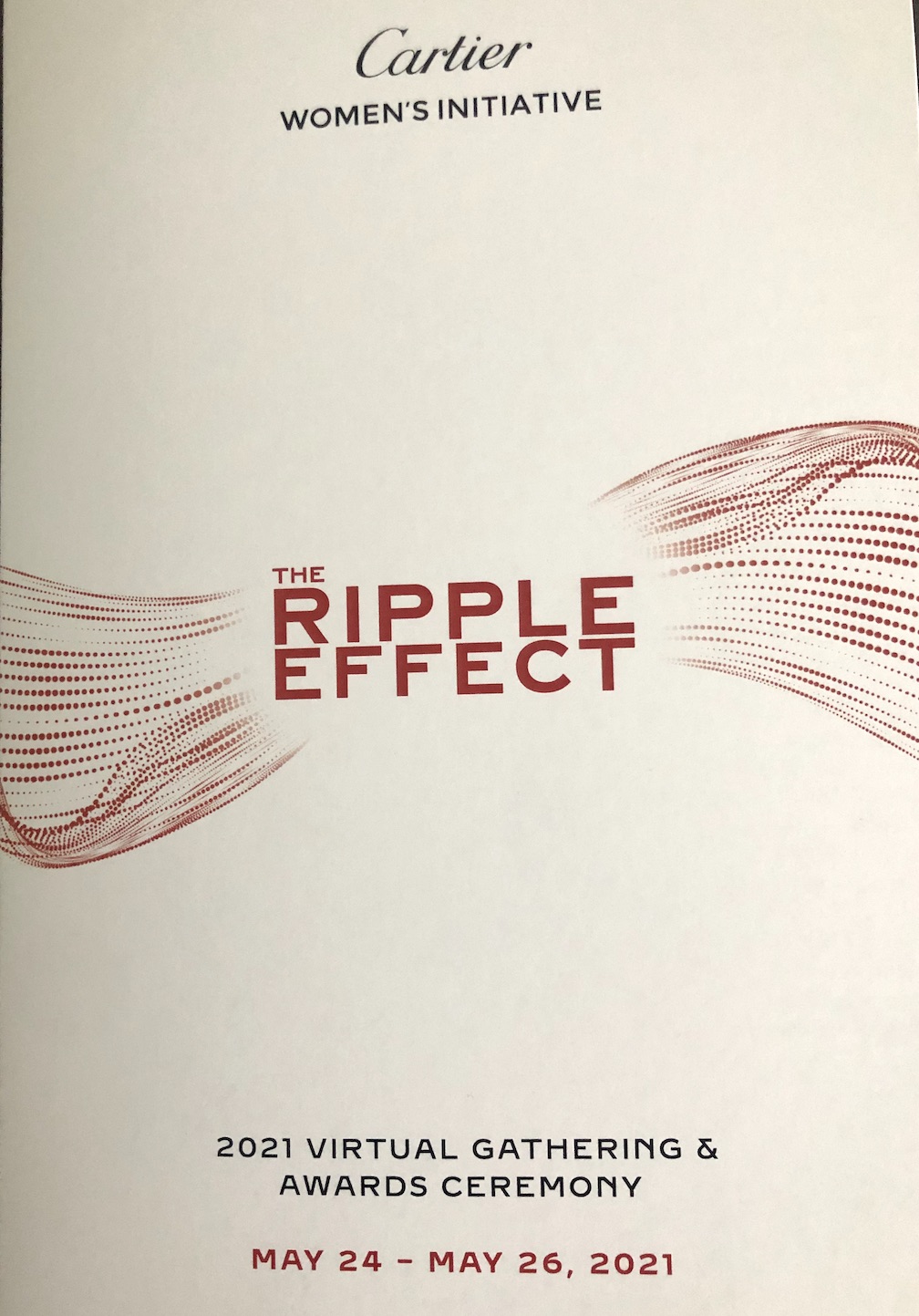 Despite the pandemic, Cartier braved on — not only unveiling great new watches and jewelry throughout 2020 and the first half of 2021, but also remaining true to its various social initiatives, including the Cartier Women’s Initiative. Last week, the brand held its first-ever all-digital event, “The Ripple Effect” 2021 Virtual Gathering and Awards Ceremony. It was highly successful.

The Cartier Women’s Initiative is an international entrepreneurship program that supports and empowers female entrepreneurs who are making an impact on lives, the environment and more around the world.  In her personal note to attendees, North American President of Cartier, Merceds Abramo, wrote, “For 15 years, the CWI (Cartier Women’s Initiative) has championed women entrepreneurs to create a powerful ripple effect of change.” It goes on to note the brand’s intention to turn these ripples into “a tide of global impact.”

The Ripple Effect event was a three-day-long virtual event that included keynote speakers, discussions, break-out sessions and more, as well as the awards ceremony and some artistic performances. I was grateful to be among those invited to attend and must admit that I found so many of the discussions during the digital gathering to be useful, inspiring and incredibly on-point in today’s world.

Among the standout discussions:   “Antifragility:  A Conversation” and group  interview, “Building Antifragility in Uncertain Times.”  Throughout these presentations, we came to understand the role of anti-fragility in personal lives and in business. Thanks to two best-selling authors who write about women and innovation and risk and uncertainty  (Katrine Marcal and Nassim Nicholas Taleb,  along with Cartier CEO Cyrille Vigneron) the lively conversations enlightened us on how important antifragility is to success.

The concept of antifragility is actually the brainchild of Taleb, who outlined the idea in his 2012 book Antifragile: Things That Gain From Disorder. It revolves around the fact that some things benefit from, or even thrive in the face of chaos and disorder. They do better when exposed to volatility and stress, and, in fact, flourish as a result of it.

Following two and a half days of discussions, the awards ceremony took place. Each  year,  fellows from around the world are selected and provided with financial, social and human support to further develop their businesses and leadership potential. This year, the award ceremony witnessed eight laureates receiving $100,000 each to support the important work they are currently doing in each of their respective fields. The eight laureates and 16 finalists were among 876 applicants hailing from 142 countries.

The second and third runner-ups will receive US $30,000 each and the eight laureates and 16 finalists all benefit from tailored 1:1 training, collective workshops, media visibility and international networking opportunities, as well as the opportunity to join an INSEAD impact entrepreneurship program. Bravo to Cartier for being a changemaker.

The 8 Laureates of the Cartier Women’s Initiative 2021