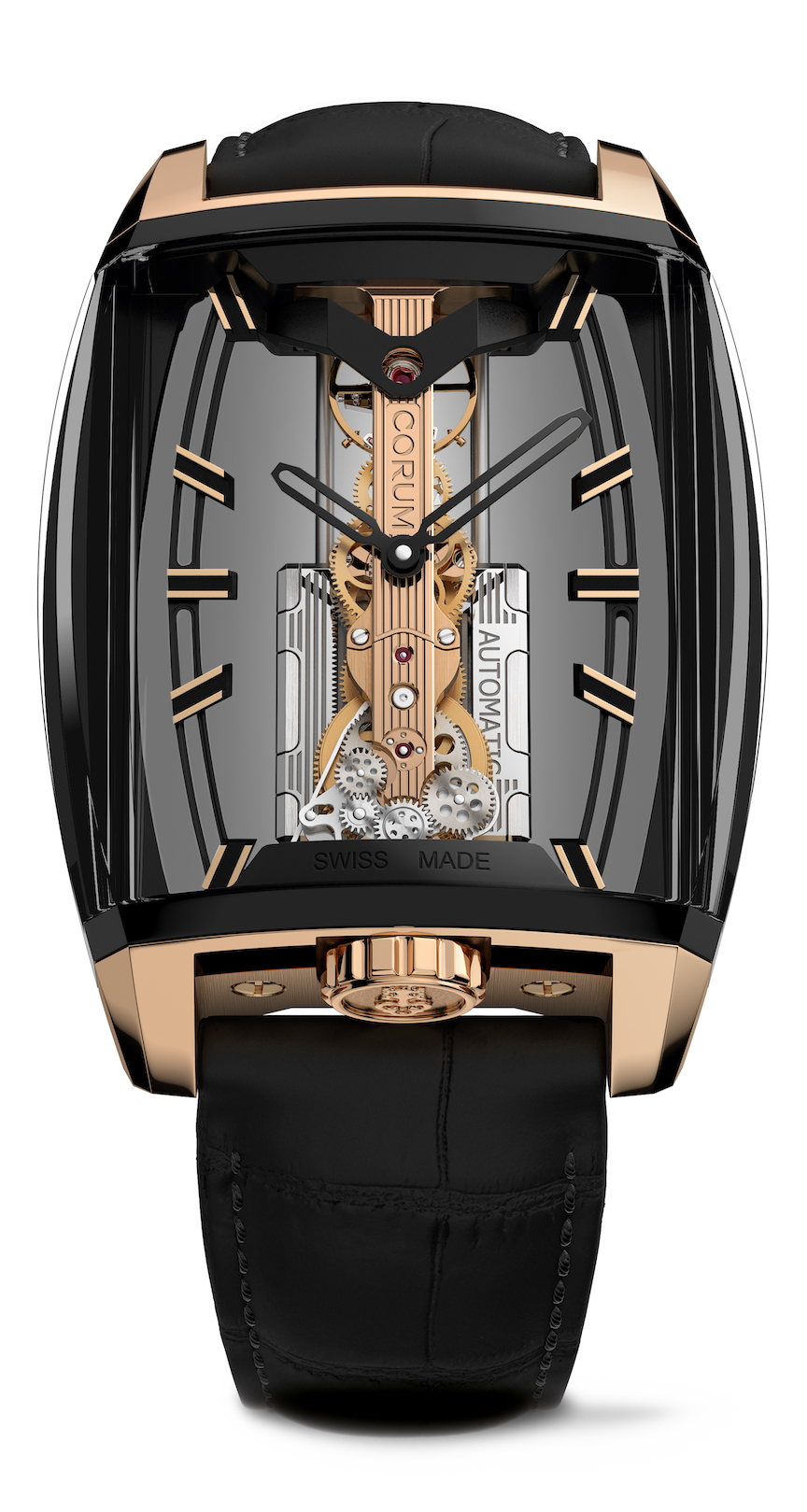 Corum has always been on the cutting edge of aesthetics and technology, regularly taking risks since its inception in 1955, offering daring looks and innovative movements. From its iconic Coin watch to the famed Golden Bridge watch with the world’s first-ever in-line baguette movement, Corum keeps delivering risk-taking watches that have collectors clamoring. Now, just over 40 years since the Golden Bridge was born, Corum unveils the  10th anniversary Automatic Golden Bridge watch with sapphire case that offers sweeping views of the meticulously finished movement. 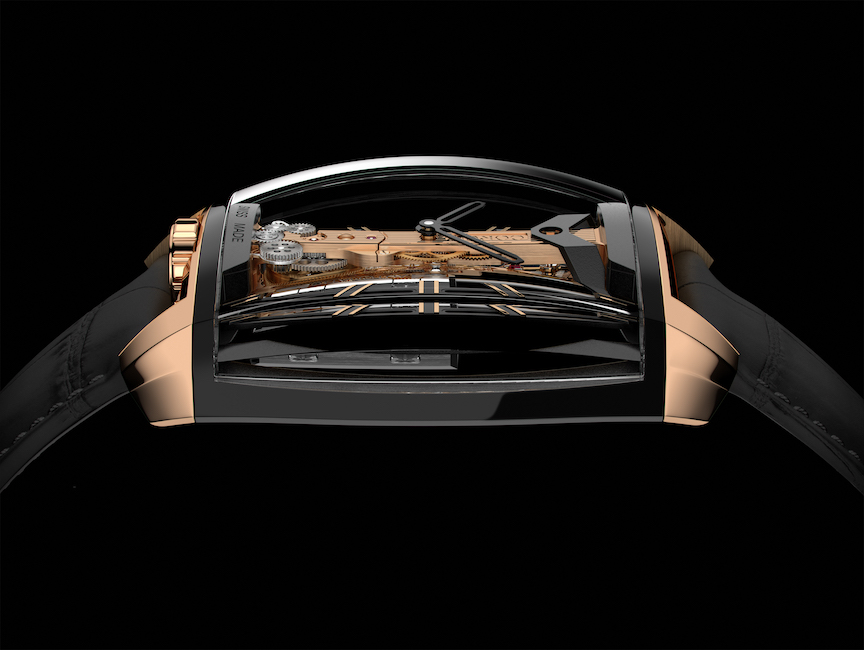 The new Golden Bridge Automatic series consists of four models, all with the iconic tonneau-shaped case offers and a panoramic sapphire crystal and case back in a larger size for a grand panoramic view inside. Also, for the first time, Corum creates the sapphire crystal as a single sapphire piece that extends from the top crystal to the sides of the watch  – allowing for a  360-degree view inside. Sapphire is one of the most difficult materials to deal with as it is brittle and can break in the manufacturing process. It also requires special attention to corners and metal case connections to render the watch water resistant. 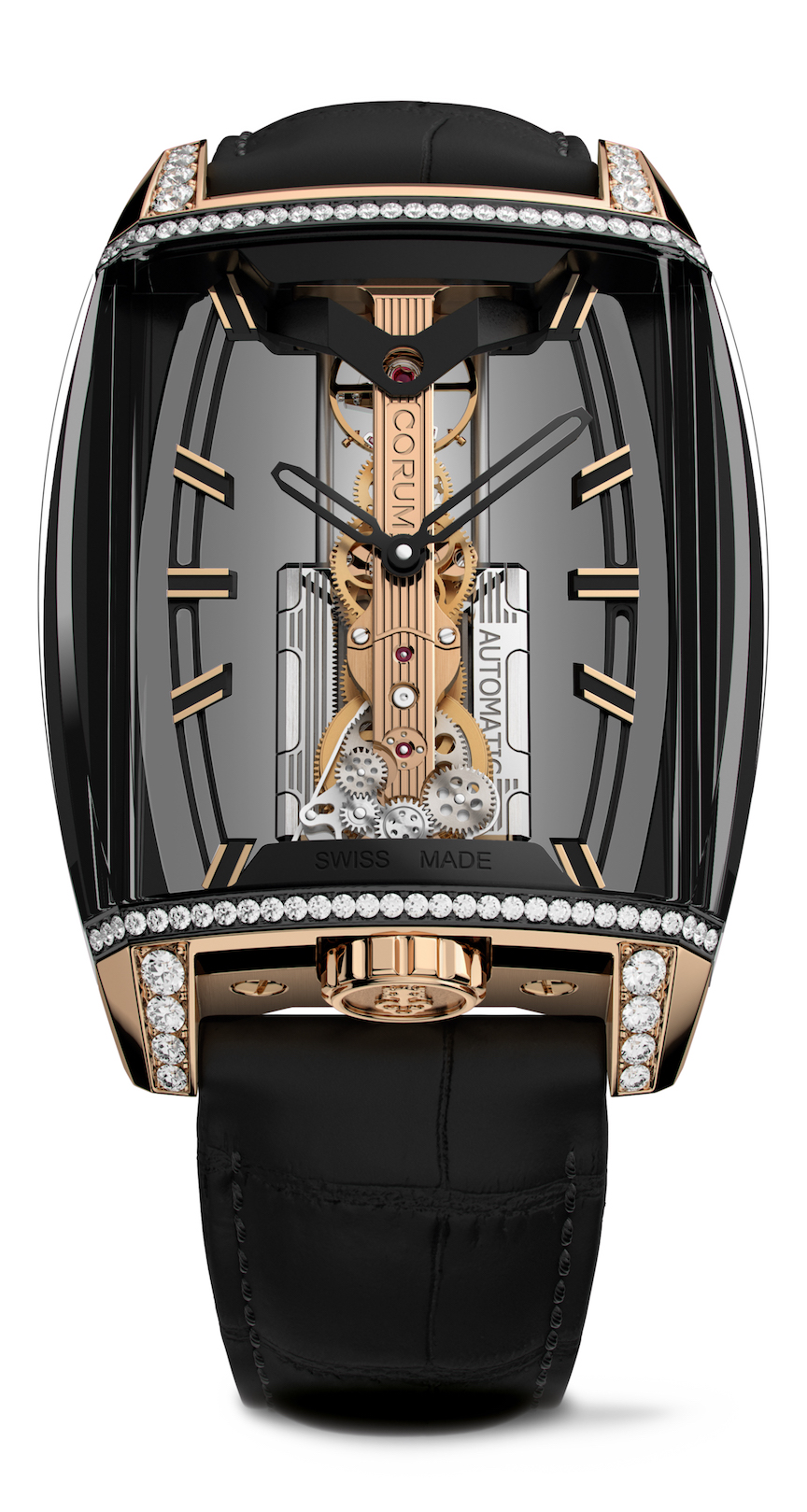 The new versions feature cases created in polishable Grade 5 titanium with the crown at 6:00 for ergonomic comfort and for aesthetic appeal. They include a titanium and 18-karat gold model in a limited edition of 150 pieces, and a full titanium version in an edition of just 50 pieces. Each of these two materials are also offered with diamonds set on the case. Just 100 pieces of the diamond-set titanium-and-gold version will be produced, and only 25 of the diamond-set titanium watch will be made.

Additionally, Corum has invented a discretely placed floating harness system for its hand-applied indexes, yielding a highly modern and sophisticated flair. The design is actually born out of the need for  function. Because there is no dial to affix the indexes to, the harness system links to the movement base so that the markers seem to be floating in space.  As indicated in the series name – Golden Bridge – the main plates and bridges of the movement are in 18-karat gold for all versions. 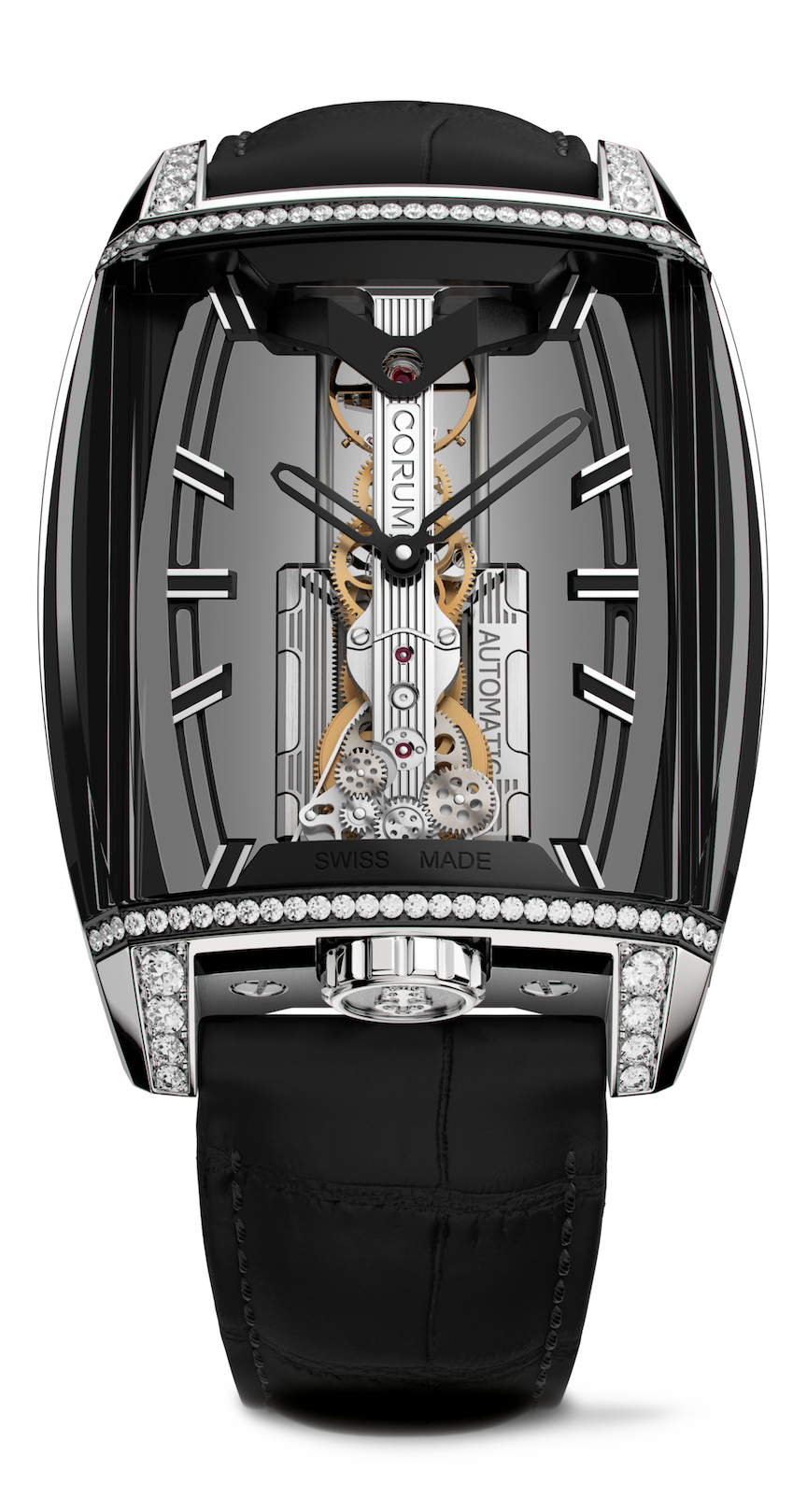 Powered by the original 194-part automatic movement, Caliber  C0313, with  40 hours of power reserve, a variable inertia balance wheel for long-term precision, a miniaturized barrel and main plate, bridges made of 18-karat gold. The new versions feature a case back made of smoked crystal. The watches are water resistant to 30 meters. They also represent a new opening price for this collection.

The original Corum Golden Bridge in-line movement was first created in the 1970’s by  watchmaker extraordinaire Vincent Calabrese, who’s goal was to build an incredible movement that was an integral part of the overall design of the watch. He unveiled his patented concept at the 1977 Geneva International Inventors’ Show. It boasted just  45 pieces in an in-line caliber and was highly skeletonized. Corum immediately acquired the patent and worked with Calabrese to develop the revolutionary movement, which made its official debut as the Corum Golden Bridge at the 1980 Basel Fair. 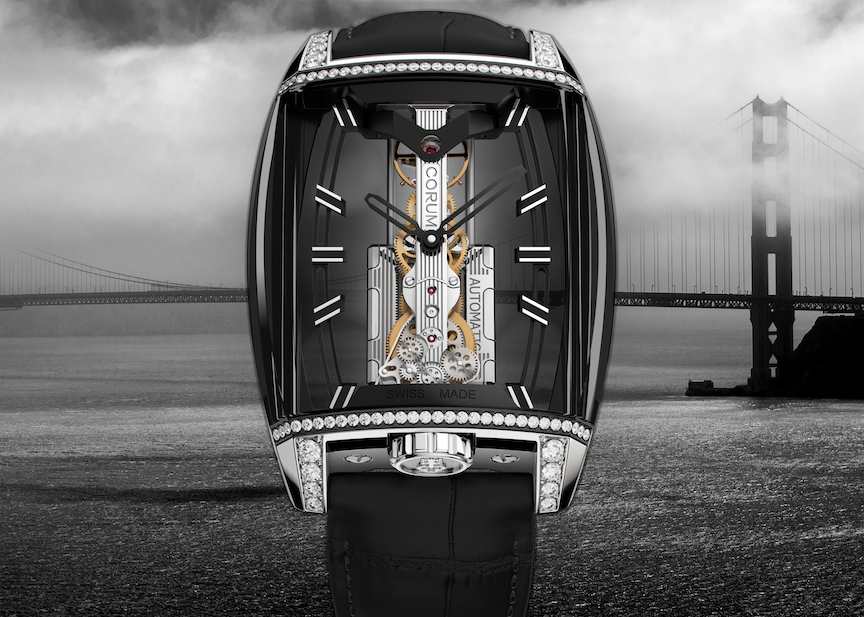 It would be almost three decades before the brand would create an automatic version and that movement was more than four years in the making. The Corum Golden bridge Automatic, unveiled in  2011, ushered in a new era for this contemporary icon and featured  a floating linear movement with an oscillating weight on rails.