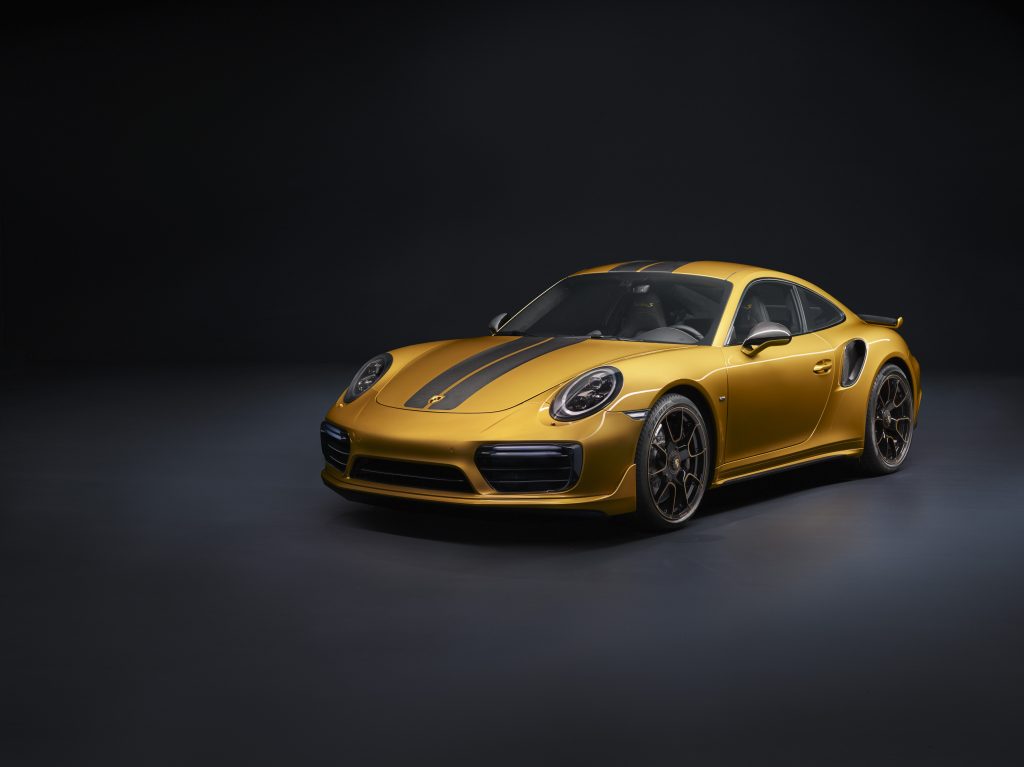 Car (and watch) lovers take note: if you are in the market for one of the 500  Porsche 911 Turbo S Exclusive Series cars being produced — and selling for  $257,200 —  then you are eligible to also buy a Porsche Design Chronograph 911 Turbo S Exclusive Series watch, as well, and have it customized to match your car if you want.  Just 500 of the watches will be made, as well, each retailing for $12,650.

The watches are a result of the on-going partnership between Porsche and Porsche Design (makers of lifestyle products including watches, sunglasses, leather goods and more), where the two brands collaborate on projects such as the recently unveiled revolutionary Monobloc Actuator watches  created by Porsche Design with technological help from the engineers at Porsche. 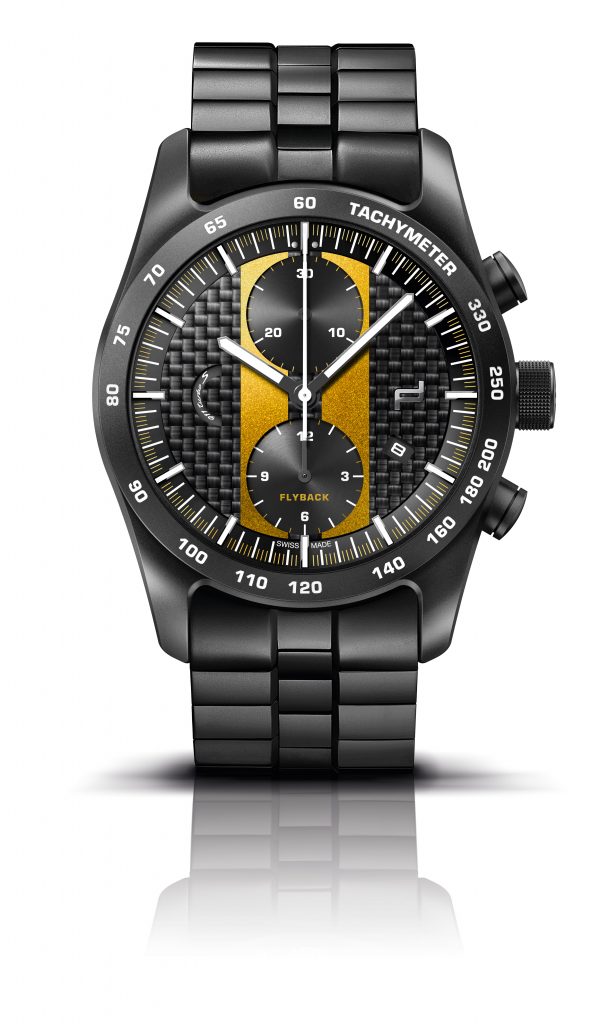 The new 42mm Porsche Design Chronograph 911 Turbo S Exclusive Series is powered by an in-house  mechanical movement, Caliber Werk 01.200, which was three years in the development stages. It is equipped with a flyback mechanism that automatically returns the chronograph seconds hand to zero to start timing again without the need for the wearer to hit restart. It also features an  optimized-energy rotor in the design of the wheel rims of the car, and is a COSC-certified chronometer. Crafted in titanium with a black carbide coating and a carbon dial the strap uses the same leather and yarn used in the car’s seats.

As mentioned, the watch can be personalized and owners can choose from six  dial colors that will be made using Porsche lacquer paint: Golden Yellow Metallic, Carrera White Metallic, Agate Grey Metallic, Black, Guards Red and Graphite Blue Metallic. There are a host of other customizable options available. Watches will be sold at Porsche Centers around the world to future owners of the 911 Turbo S Exclusive Series sports car. 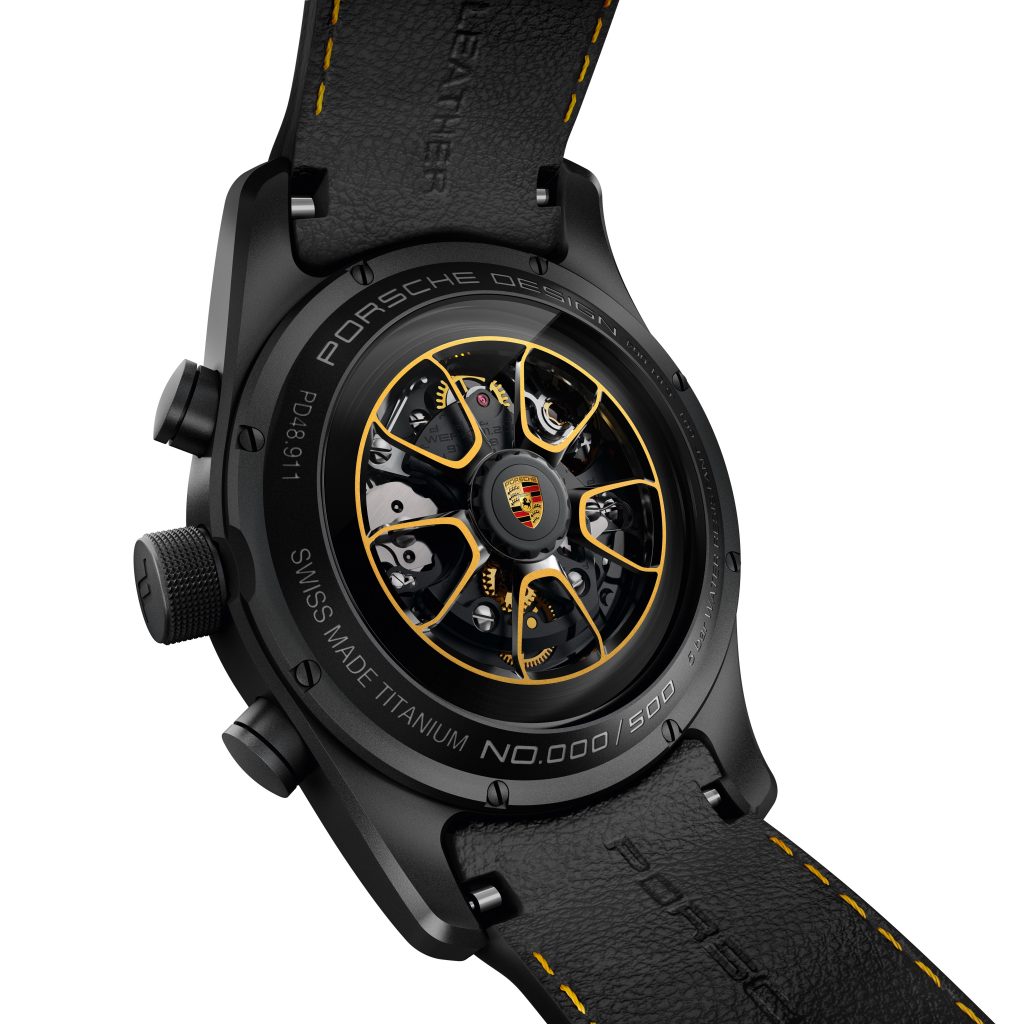