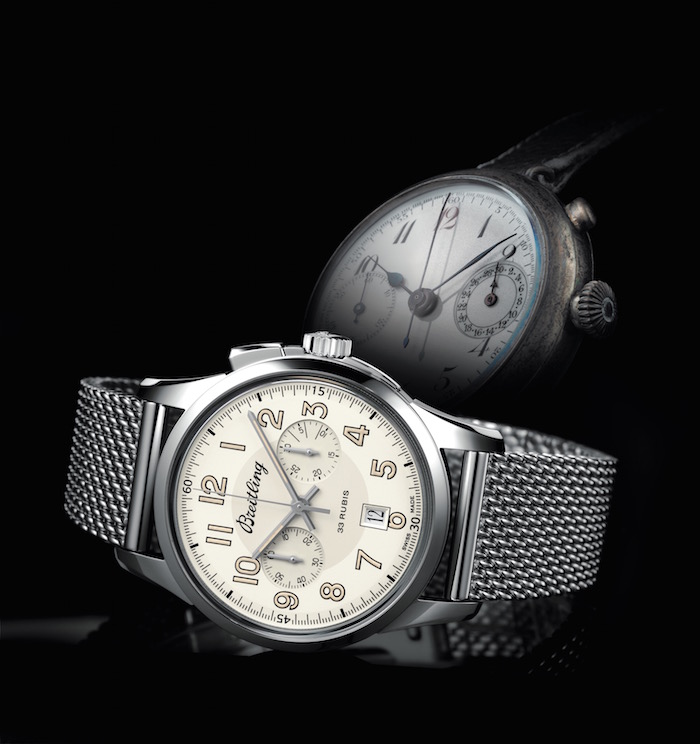 Since 1884 Breitling has been creating technical timepieces based on performance and precision. In 1915 the brand created the world’s first independent chronograph with the pushpiece at 2 o’clock. In celebration of this landmark occasion, Breitling has released its Transocean Chronograph 1915 mimicking the very essence of its version which graced our presence 100 years ago.

The Transocean Chronograph 1915 is equipped with the in-house Caliber B14, a hand-wound mechanical movement complete with 33 jewels and a 70-hour power reserve. Additionally, it has an official chronometer certified by the Official Swiss Chronometer Testing Institute (COSC) as well as its patented chronograph with 1/4th of a second measurement. Its limited edition 43mm steel casing is watertight up to 100 meters and is adorned with a glare proof sapphire crystal on both the watch face as well as the open faced caseback. Though designed with the 1915 version in mind, this new release is innovative in function as well as fashion. 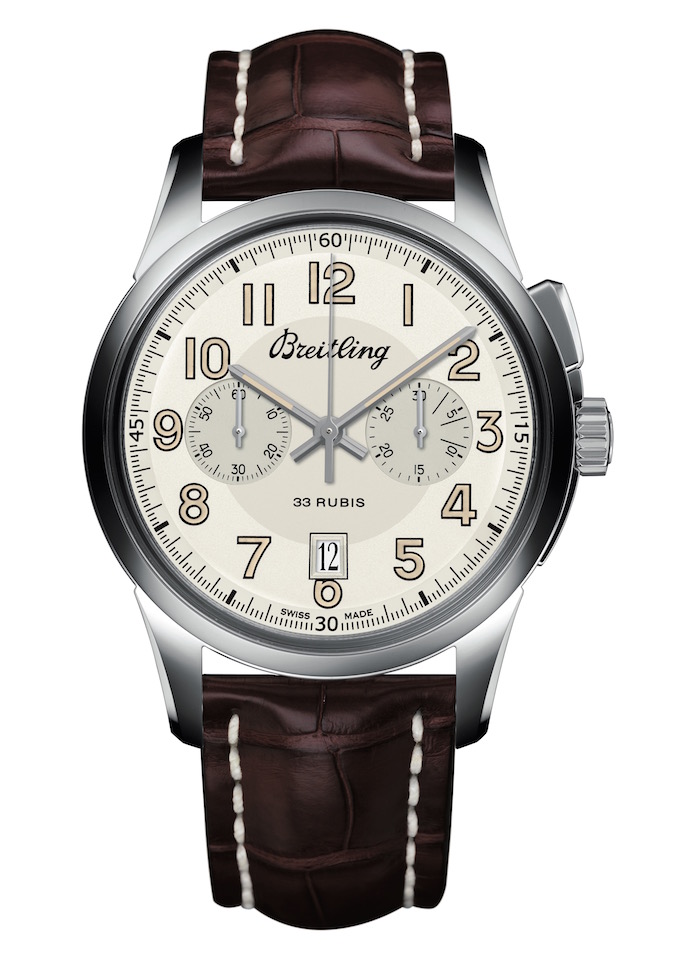 The Transocean Chronograph 1915 pays tribute to its foundation with its Transocean steel casing and revolutionary chronograph push piece at 2 o’clock, yet the style and shape of the monopusher has been redesigned for ergonomic comfort. The symmetry of the stunning twin-zone silver dial is rounded out with a small seconds dial and 30 minute chronograph counter. Designed with aesthetics in mind, the baton-type hands compliment the large Arabic numbers which are colorfully coordinated with a light beige interior.

This limited release Transocean Chronograph 1915 will have “100e anniversaire 1915-2015”  engraved on the back. In true collector’s fashion, there will only be 1,915 of these timely pieces released.  With a crocodile leather or ocean classic (steel mesh) strap, this beautiful rendition of the century-old monopusher chronograph is priced at $9,275. A truly historical piece, the Transocean Chronograph 1915 is a revitalized and refreshing take Breitling’s milestone piece developed a century ago. 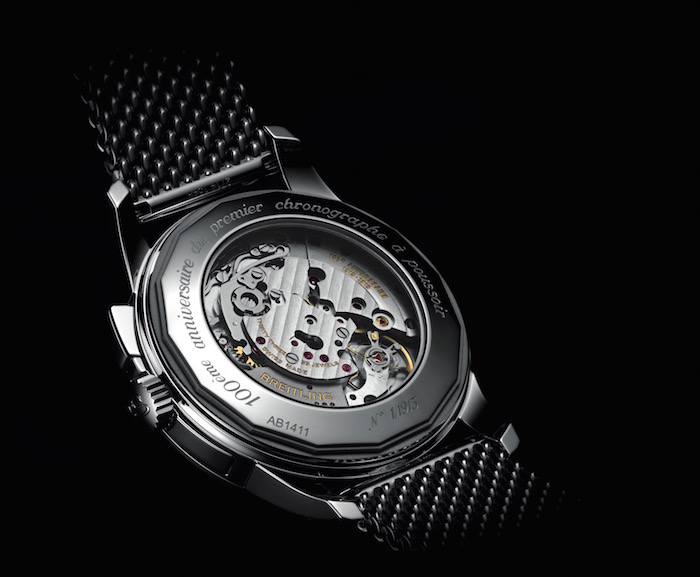