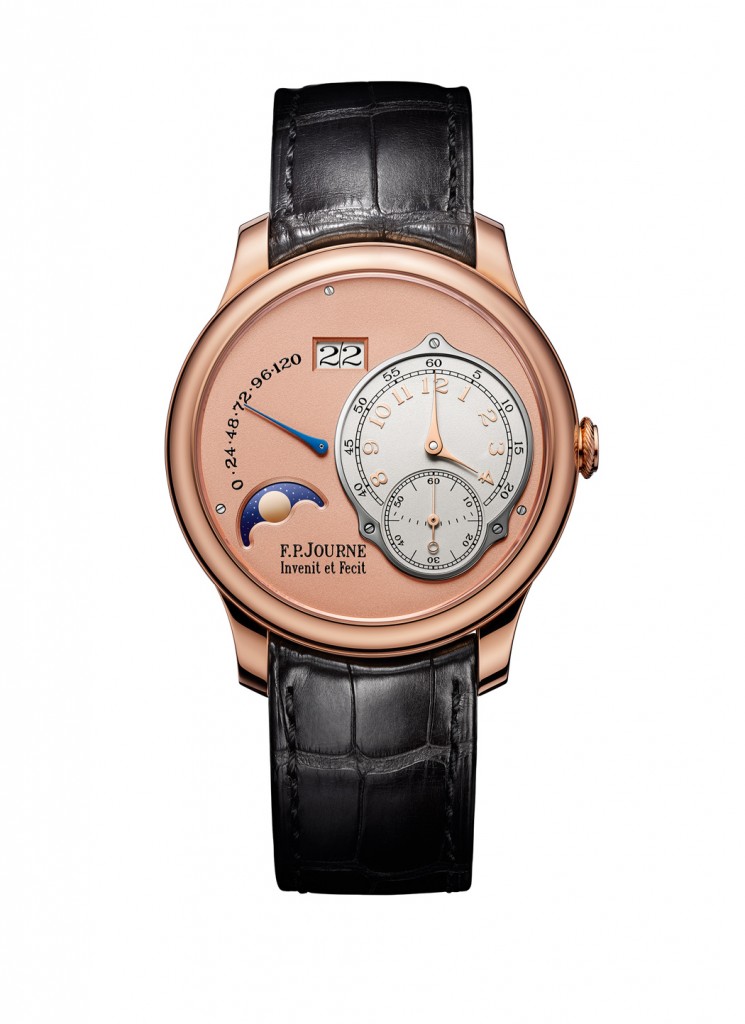 The Nouvelle Octa Lune from FP Journe is offered in 40 and 42mm sizes.

On every FP Journe timepiece, the inscription “Invenit et Fecit” can be found. Followers of the brand already know its translation, but for those unaware, the Latin phrase translates to “Invented and made,” referring to the fact that Francois Paul Journe – passionate watchmaker – invented and created each of his special timepieces.  The brand has a rabid core base of followers who are drawn to the obsessive way the manufacture adheres to a strict code of nuanced details that go into the making of each watch. That core base of followers, along with a new population of people that will soon also be speaking Latin, is about to grow, as FP Journe has taken one of its most beloved lines – the Octa Lune – and revamped it. 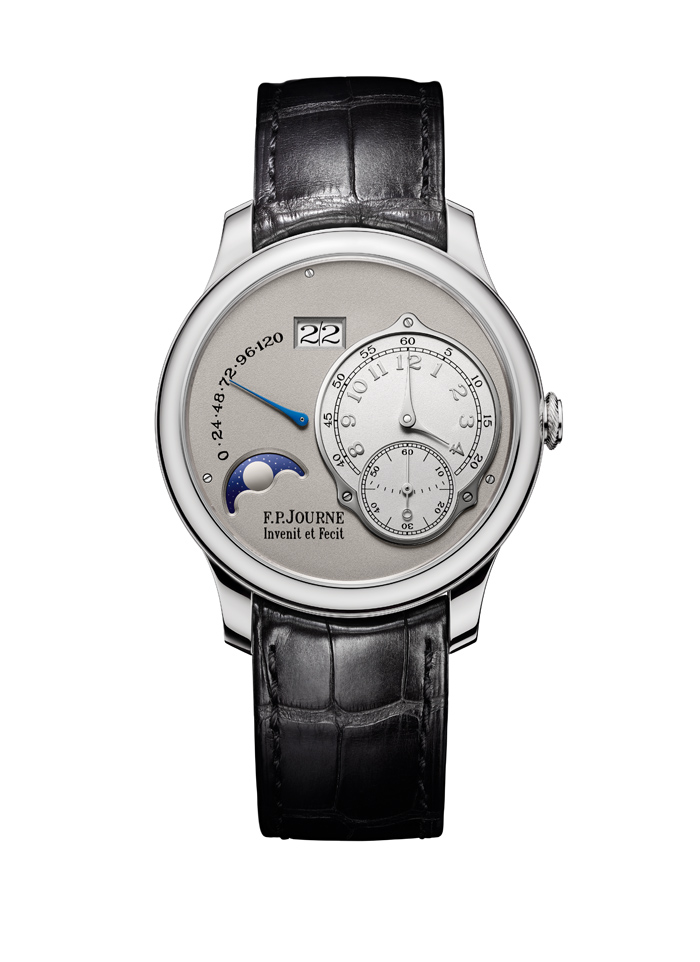 Previously available only in a 38mm diameter, the new Nouvelle Octa Lune is now created in both a 40mm and 42mm case size. The larger size has been adopted for ease of legibility. The overall aesthetic of the watch remains mostly unchanged, but there are some subtle tweaks. Most noticeably: the time and date portion have been increased slightly in size to allow for the aforementioned legibility. Additionally, the off center dial along with the embossed hour numbers (which are fashioned with a diamond tool) are now larger, as well. As for the layout of the dial, the instantaneous date window is found at the 11 o’clock position, the retrograde power indicator on a scale of 120 hours (5 days) can found at 9 o’clock, and the moonphase at the 8.

Setting the time, date and moonphase is easily accomplished via the three position winding crown. Position two sets both the date and moonphase function. Turning the crown anti clockwise sets the date and the moonphase by turning clockwise while the time can be adjusted in the third position. This is all made possible by the mechanical movement (caliber 1300.3) with automatic winding mono-directionally. The superb 289-part movement is manufactured in 18-karat rose gold, with a 22-karat gold rotor. 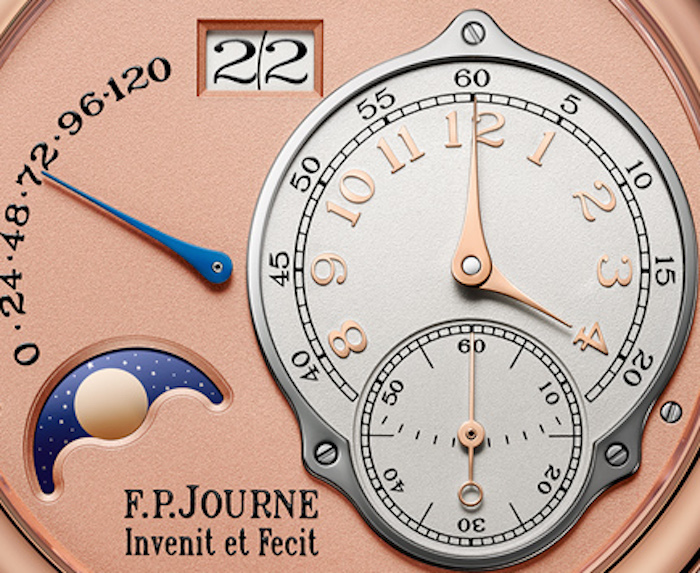 The dial layout is incredibly harmonious and elegant.

The Nouvelle Octa Lune is sure to be a favorite of both Journe acolytes and those newer to the brand. This complication and design happens to be a favorite of mine, and one thing that stands out to me is the off-center dial and its location on the face of the watch. Other pieces with a similar dial layout have the off center time to the left of the watch, but Journe has placed it to the right. What this allows the wearer to do is discreetly check time, as the entire watch does not have to step out from underneath the cuff. A slight adjustment of the wrist will let you take a quick peek to know how much more time you have until you need to excuse yourself from a long-running meeting. The Nouvelle Octa Lune will be available in both platinum and in 18-karat 5N rose gold in both 40mm and 42mm options – with gold dials. There is also a white gold version with a silver dial. Prices range from $47,200 for the 40mm rose gold version to $52,900 for the 42mm platinum model.