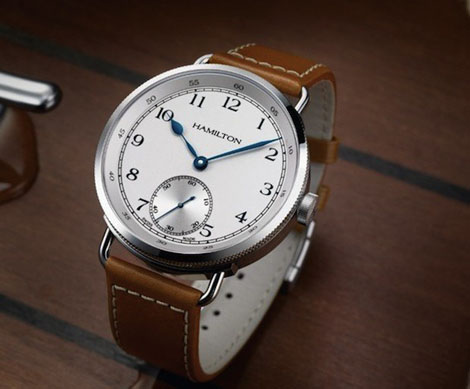 Hamilton Khaki Navy Pioneer pays tribute to the first chronometers the brand made in 1943.

Recently, we went with Hamilton Watch Company to LA for the brand’s annual Behind the Camera Awards, and to celebrate the company’s 120thanniversary.  Hamilton has one of the most unusual 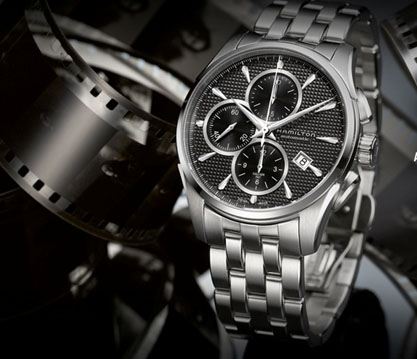 histories in the world of watchmaking, as this brand was created as an American brand in 1892. Located in Lancaster, PA, Hamilton watches was long an iconic American spirited brand with top precision technology. During World War II, Hamilton ceased production of its watches for the general public so it could build and supply watches to the US Armed Forces.

During the height of movie-making, in the 1950’s, Hamilton became known for its innovative designs and for having a strong foothold in Hollywood.  In fact, it all began in 1951 with the Oscar-nominated movie, The Frogmen – where the actors playing naval diving heroes wore the same Hamilton 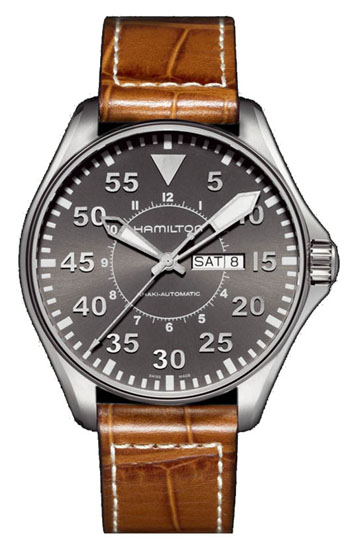 watches as the American soldiers had worn during WWII. From there, the brand’s iconic designs won over actors and producers alike. Elvis Presley wore a Hamilton Ventura in his movie Blue Hawaii, and Stanley Kubrick turned to Hamilton to build a special watch for his futuristic film 2001: Space Odyssey in 1968. That watch is currently in Los Angeles at the xx museum where an entire exhibit pays tribute to Kubrick.  More recently, Hamilton has enjoyed prominence as the watch of choice in the Men in Black movies.

“Even though we are now located in Switzerland and are Swiss Made, our American heritage is very important to us,” says Sylvain Dolla, worldwide president of Hamilton. “We are very proud of this rich background and we keep our American spirit – it is in our DNA, s w we will never be traditionally Swiss made.

To celebrate its 120th anniversary, the brand held a wonderful soiree on the rooftop of the famed Beverly Hilton, where it showcased some of its most coveted timepieces. Hamilton watches retail for between $500 and $2,000 and are Swiss made. Additionally, if you are shopping early for the holidays, if you buy a Hamilton watch between now and November 25, you get two free movie tickets.