Around the World: Franck Muller Unveils 5-Second Tourbillon Thunderbolt, AKA Rapide, in Monaco 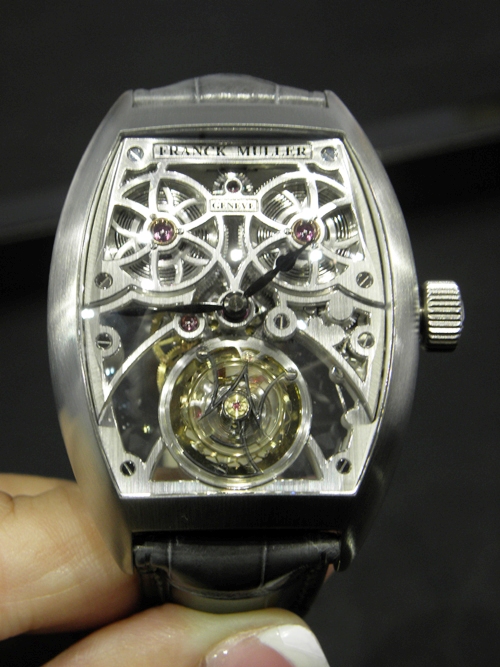 Last week at the World Presentation of Haute Horlogerie (WPHH) 2012 at the Grimaldi Forum in Monaco, Franck Muller unveiled a host of exciting new products. Among them: the Tourbillon Rapide, Calibre FM 2025T – with the world’s fastest tourbillon escapement. Also referred to as the Thunderbolt Tourbillon, the mechanical, manual-wind watch features a tourbillon that makes one revolution every five seconds on a ceramic ball bearing – translating to 12 rotations per minute – or 12 times faster that h average 60-second tourbillons on the market.

The patented FM escapement with fixed escapement wheel and reversed anchor was three years in the research and development stages. The231-part movement– housed in a bold curvex case – beats at 21,600 vibrations per hour, and was developed in house by master watchmaker Pierre-Michele Golay (inventor of the Giga Tourbillon) and the Franck Muller watch team. 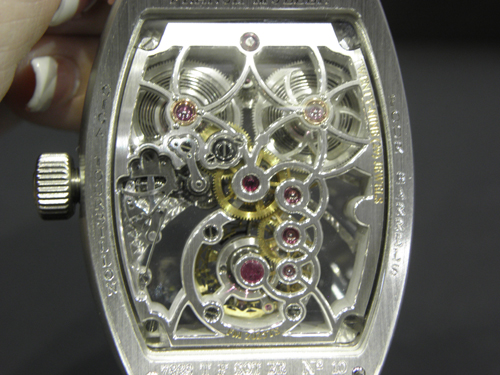 Essentially they dispensed with the conventional fixed fourth wheel in a tourbillon escapement and inverted the escape wheel to consume less energy and speed up the tourbillon. The movement, with four barrels, is meticulously finished with circular graining, hand chamfering and engraving. For those familiar with the Franck Muller collection, this watch is slightly smaller than the Giga in size and is about $25,000 less than the Giga tourbillon in price. We got a chance to try this watch on and found the 5-second tourbillon to be – quite simply – mesmerizing. Production of the watch will be limited by the sheer complexity of its making.