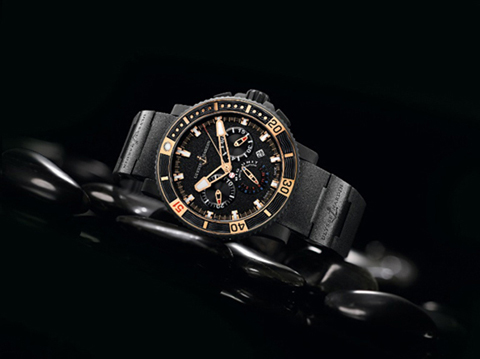 At an exclusive event last night in New York, Ulysse Nardin and recently-announced brand ambassador, Randy Johnson unveiled the brand’s first “Big Unit” watch. And – like the 6’10”-tall man himself who lays claim to that nomenclature, the watch is a nicely sized 45.8 mm. The superb chronograph, which retails for $15,500, was designed in cooperation with Ulysse Nardin and legendary baseball player, Randy Johnson. It is a monochromatic piece in black with blue and red accents. The steel case is coated with black rubber, and the chronograph seconds hand is adorned with the baseball symbol. On the outer bezel of the chronograph, the numerals read 20, 30, 40 in black on gold, but instead of the “50”, there is a red “51” – denoting Johnson’s number.

“We’ve known Randy for a long time,” says Patrik Hoffmann,  Ulysse Nardin CEO, “and we are honored to team up with him work with us on this watch. It is the first of several to come.”

Just 100 pieces of the “Big Unit” are being made. The watch was unveiled last night by Patrik Hoffmann and Randy Johnson before the start of the World Series broadcast – which these two and invited guests watched at the 40/40 club.  The watches will also raise money for charity and last night Johnson and Hoffmann presented a check to the Boys & Girls Clubs of America, one of Johnson’s favorite charities.The “Big Unit” will be available for sale in select retail stores beginning later this year. 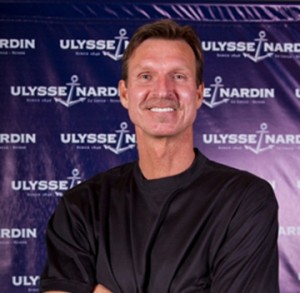 Johnson, who had an amazing 22-year pitching career (winning the Cy Young Award five times and being a 10-timeAll-Star, says he is enthusiastic about the new watch. “Ulysse Nardin completely embodied my taste in ‘The Big Unit’. “It’s exciting to have a watch named after you, but to share that and the game I love with fans, plus raise money for charity, is amazing.”