Around the World: Dior like only Monsieur Dior Could Know

Last month, I had the distinct pleasure of joining Dior on an amazing trip to France to experience not only the superb watchmaking prowess, but also to visit the haute couture salon, the boutiques in Paris and the Mansion in Normandy where Dior grew up. All of these places define the brand’s aesthetic culture, and put a new light on Dior’s world. 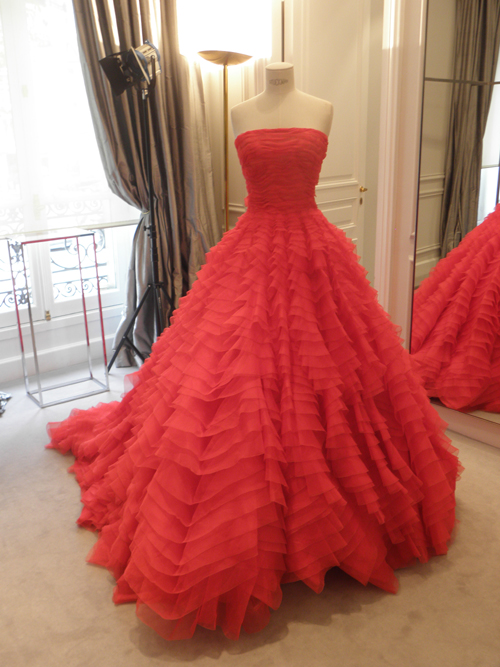 We started in Paris, where we visited the Avenue Montaigne boutique and the haute couture salons.  Dior – who led a short by very interesting life, knew from a young age that art was his passion. He felt destined to become an architect and initially designed furniture. Later, however, he came upon the art of clothing design – creating costumes first and then gowns and dresses of extreme distinction. His 10-year couture 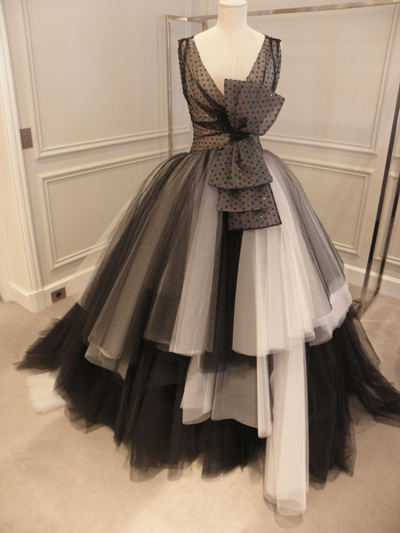 Every Dior couture gown is created by hand.

career (he started his business in 1947, and died just 10 years later) was rich with designs that delighted celebrities and socialites around the world.

Today, the brand carries on his legacy. Every year an haute couture collection is designed – unique pieces that walk the runway. To be designated a haute couture designer; one must be in France and must present at least 27 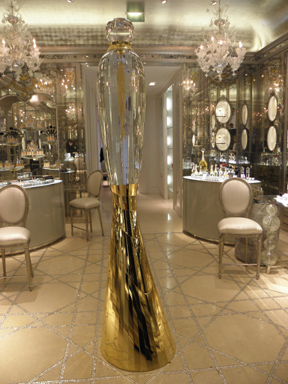 The perfume room of the Dior Avenue Montaigne Boutique.

unique pieces per collection twice a year (January and July).  Currently just 12 houses qualify as Haute Couture, and Dior is among the best.  We were fortunate enough to visit the haute couture studio- where the magic is woven.

In the creation of the watches and jewelry by Dior, many design influences stem from the Couture studios. In fact, in its Dior VIII Grand Bal collection, one can find fringe, drapes, and studding to emulate sequins and more – all inspired by the accents of the gowns. 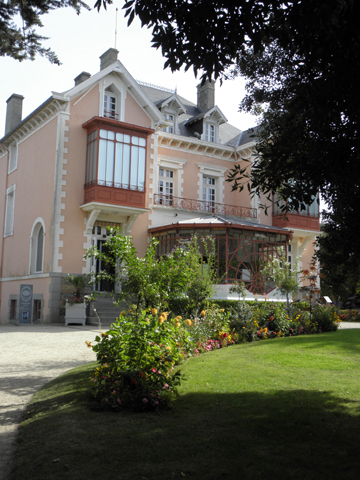 The Dior Mansion in Normandy.

Following the visit to the couture salon and the boutiques, we got a hands-on look at the brand’s newest watches and jewelry at the Biennale in Paris, where Dior was exhibiting. Then we boarded a helicopter and traipsed up to Normandy, to visit the mansion where Dior summered as a child and where he was greatly 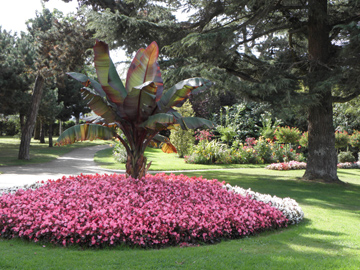 The gardens greatly influenced Dior’s style, as evidenced by the bold colors and floral prints he used in his designs.

influenced by the gray skies, the sea and the gardens. Today, that mansion houses a superb Dior exhibit of fashions and ceelebrities. Here we bring you 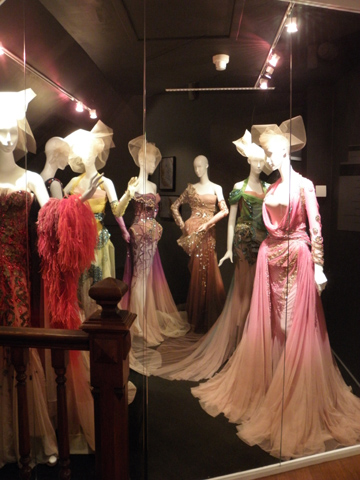 A Dior haute couture and design exhibit inside the Dior Mansion in Normandy showcases so many of his daring styles.

a brief pictorial of the charm and elegance that is Dior.