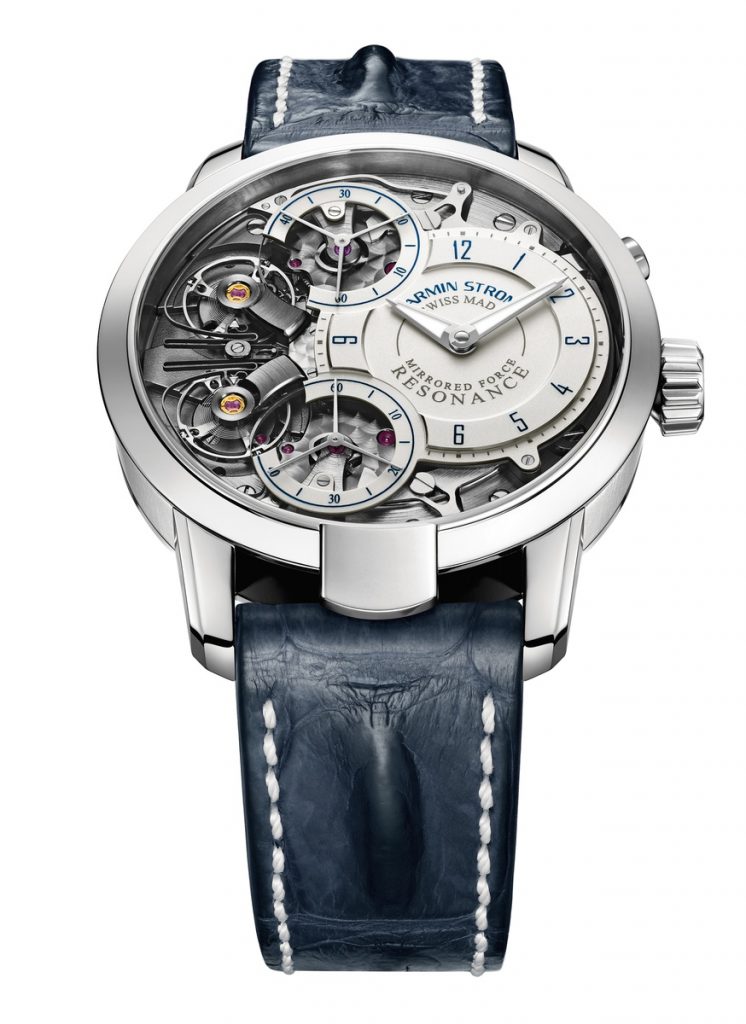 It was toward the end of 2016 that Armin Strom unveiled the Mirrored Force Resonance watch, based on the physics concept that two oscillating bodies in close proximity to one another influence each other and eventually synchronize. With that in mind, the watch features  a resonating dual regulator developed for maximum precision — with the entire mechanism fully visible on the dial side. 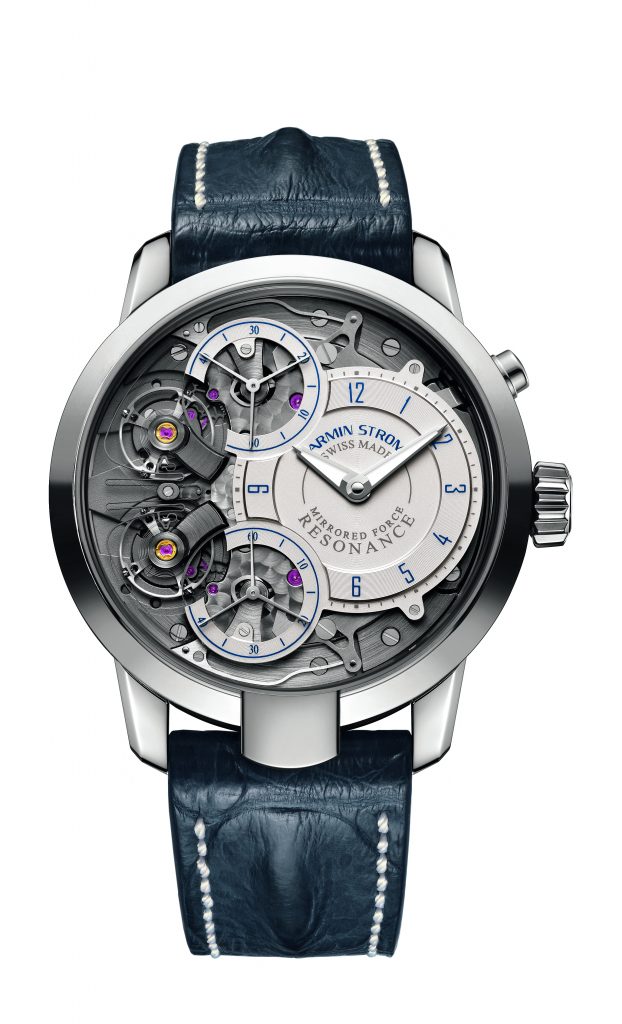 Christiaan Huygens (1629-1695), inventor of the pendulum clock, was the first to discover the resonance of two separate pendulum clocks, and later Abraham-Louis Breguet mastered the phenomenon. However, few modern day brands have embraced the concept, the effects o which include: Stabilized timekeeping for improved accuracy,  conservation of energy, reduction of negative effects on accuracy due to outside shocks.

The brand has a patent registered for this super complicated Armin Strom Caliber ARF-15,  wherein two visible, connected oscillators make their revolutions in opposite directions, one rotating clockwise and the other counterclockwise. After winding, the twin balance wheels need approximately 10 minutes to become synchronous.  The resonance clutch spring provides a fascinating “animation.” The movement consists of 226 parts and is cased in a 43.40mm steel case that is water resistant to 50 meters. Just 50 pieces will be made, each retailing for doubt $54,000.