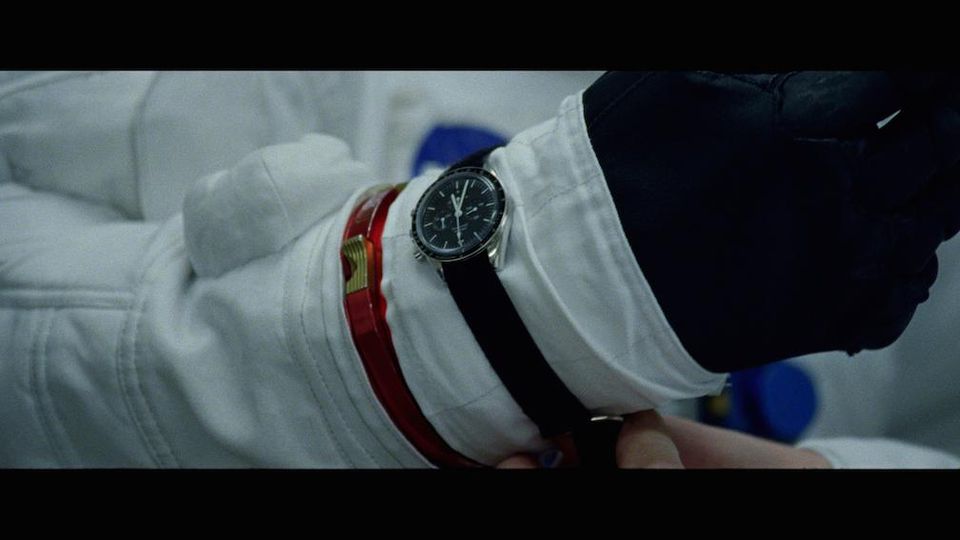 In theaters today: First Man, starring Ryan Gosling and the Omega Speedmaster. Today, Universal Pictures First Man movie makes its debut on big screens across America. On the wrist of actor Ryan Gosling — who plays astronaut Neil Armstrong —  sits an Omega Speedmaster watch. Not just as a movie prop but  because in real life  it was Omega that had a starring role as the only watch qualified for all manned space missions by NASA.  In this movie, four different Omega watches make an appearance.

The movie teams up six-time Academy Award-winning actor Gosling as Armstrong with Oscar-winning director Damien Chazelle for blockbuster results. Focusing on Armstrong’s life and drive to be on the first manned mission to the moon, the film depicts the decade before the historic Apollo 11 space flight as seen from Armstrong’s perspective. It is based on the book by James R. Hansen that explores Armstrong’s life, his family relations and the risky trip to be the first to land on the moon. 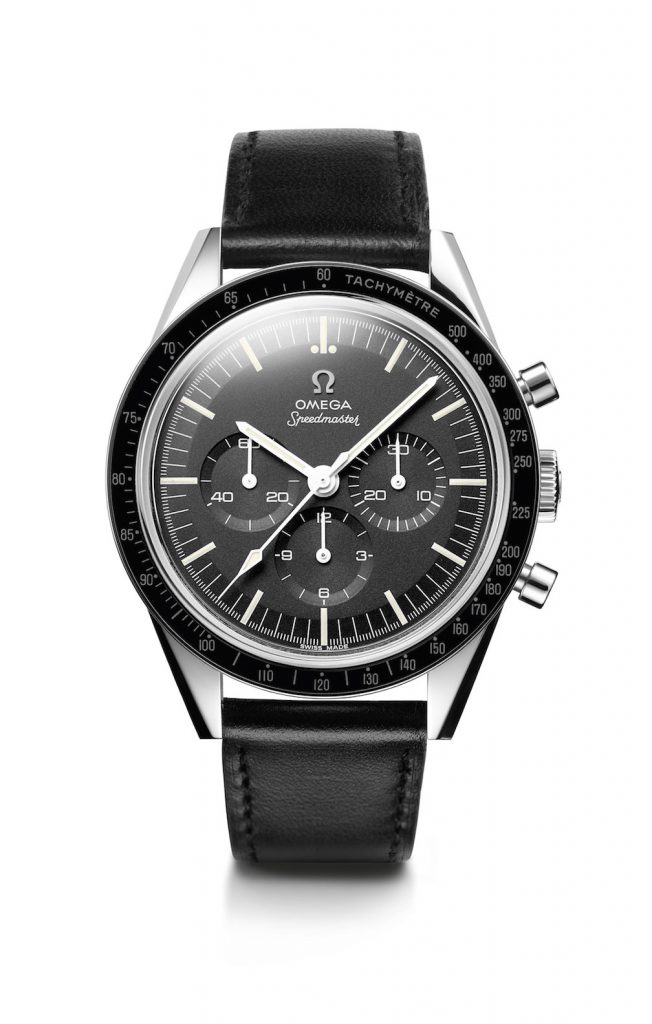 The true-to-life placement of four Omega Speedmaster watches in the movie is the result of the fact that in 1964, with the space program in full swing, NASA needed a watch that could withstand the rigors of space. Several brands submitted watches to the grueling tests, but in the end, on March 1, 1965, NASA declared Omega Speedmaster watches as “Flight Qualified” for manned space missions – changing the course of the Swiss watch brand’s history forever.

Omega Speedmaster watches accompanied Mercury, Gemini, Apollo, Skylab and Apollo-Soyuz missions, and are still used by astronauts on the International Space Station today.   Omega has even won the SNOOPY award thanks to the fact that it was the key instrument on board the fated Apollo 13 mission, that was used to safely time the astronaut’s re-entry into Earth’s atmosphere following a breakdown of systems.  Today, the Omega Speedmaster watches that celebrate the brand’s storied history in space missions (including the Dark Side of the Moon and other models) are among the most coveted by collectors.

“For the production of First Man, Omega supplied period-correct Speedmasters and other watches of that era. The following watches are featured in the movie:

OMEGA Speedmaster ST 105.003 (pictured above)
This timepiece is worn by Ryan Gosling during his character’s Apollo training at NASA. In real life, it would also have been the model that Project Gemini astronaut Ed White wore during the first American spacewalk on the 3rd of June, 1965. 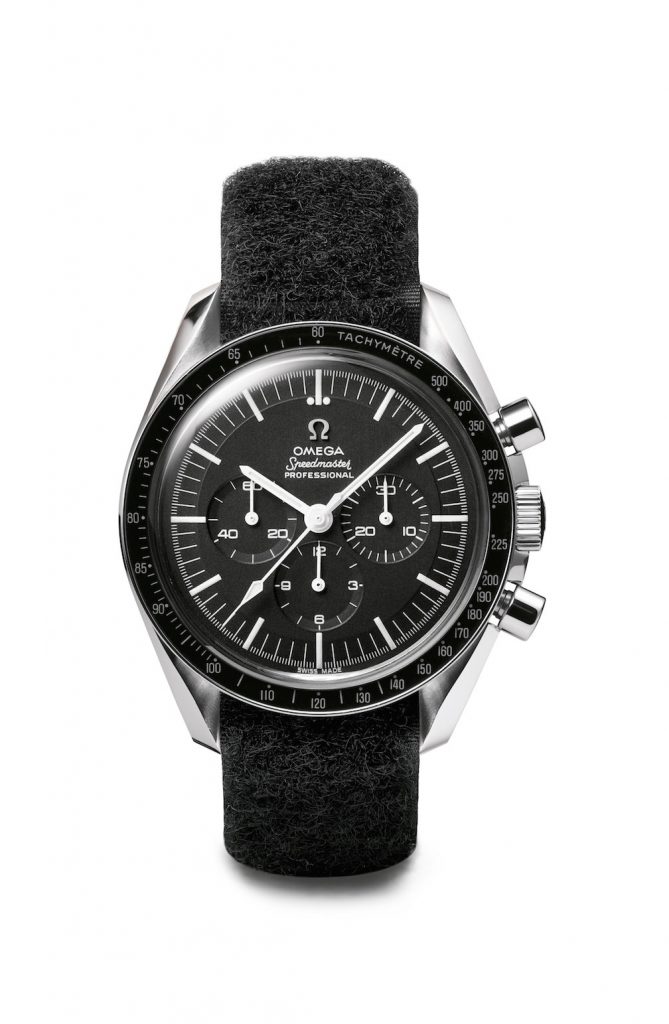 This famous Moonwatch is worn by the actors portraying Apollo 11 astronauts during their historic mission and lunar landing. 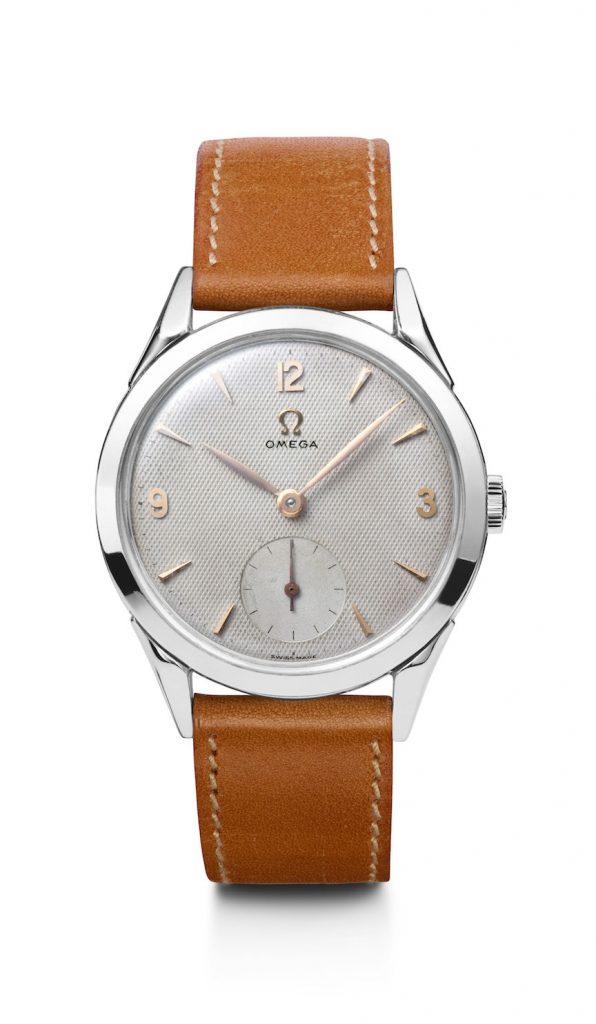 A timepiece from 1954, this is the wristwatch worn on-screen by Ryan Gosling as Neil Armstrong during the global hero’s daily life. 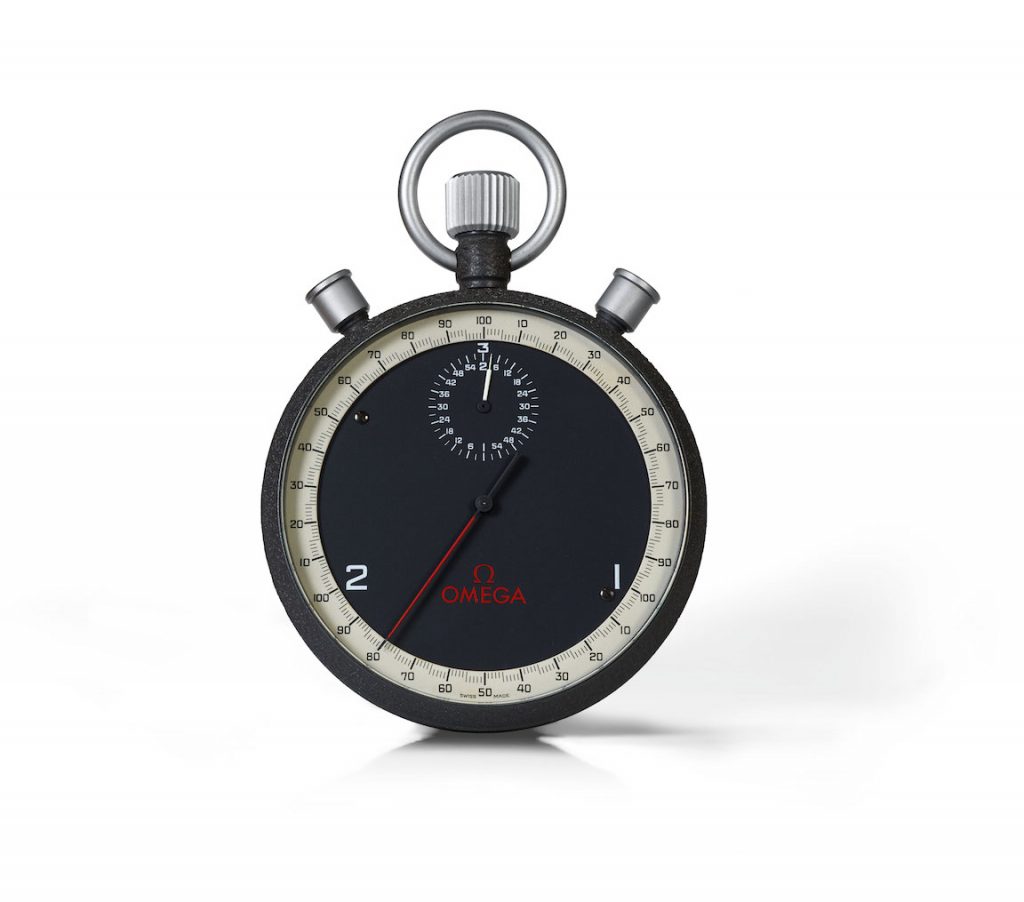 A 1960s stopwatch used on-screen by the NASA engineers during training. Through the brand’s role as Official Timekeeper of the Olympic Games, OMEGA has an established and renowned history in sports and precision timekeeping devices.”

(Note: A version of this article written by Roberta Naas first appeared last week in her PerfectTiming column on Forbes.com)