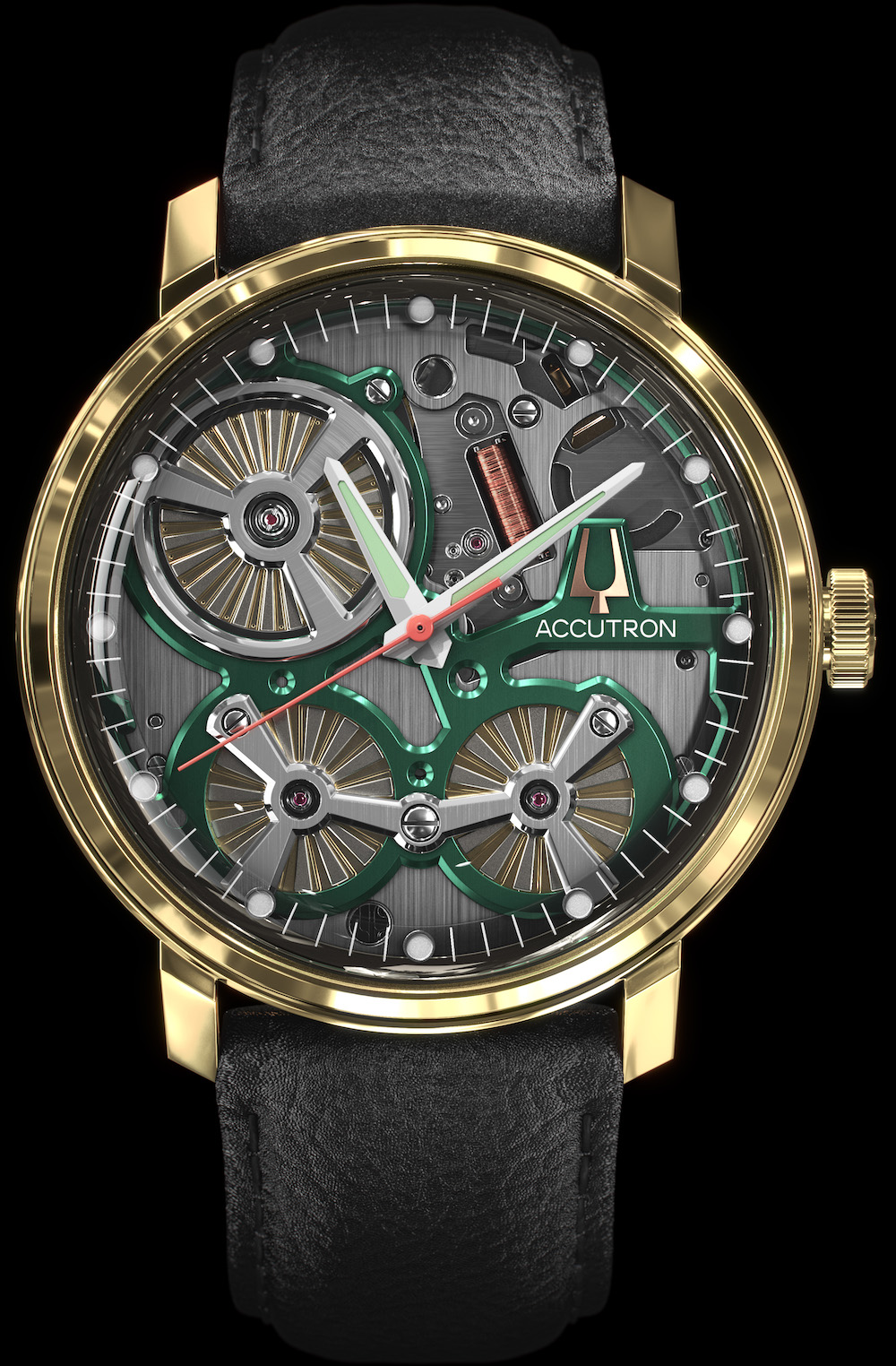 This year Accutron celebrates its 60thanniversary and it does so in style. To begin with, last night the New York-based brand ensured that the Empire State Building lit up in the brand’s signature green hue. Additionally, today, it unveiled a limited edition solid 18-karat  yellow gold SpaceView watch.

Accutron is known as the world’s first fully electronic watch. Once a division of Bulova, Accutron unveiled its first electronic watch – called SpaceView214 — in 1960. That release was hailed as one of the most important innovations in  20thcentury watchmaking thanks to the ground-breaking technology.  The watch featured a built-in tuning fork and was powered by a single transistor electronic oscillator. Named SpaceView because it boasted an open dial to showcase the mechanics, the watch was a mesmerizing success not just for the movement, but also for the looks.

Additionally, the accuracy of that first electronic mechanism with tuning fork movement was so admired that for more than a decade it was integrated into America’s space program. Now, Accutron introduces a new historical advancement in timekeeping – the world’s first timepiece  powered by electrostatic energy. 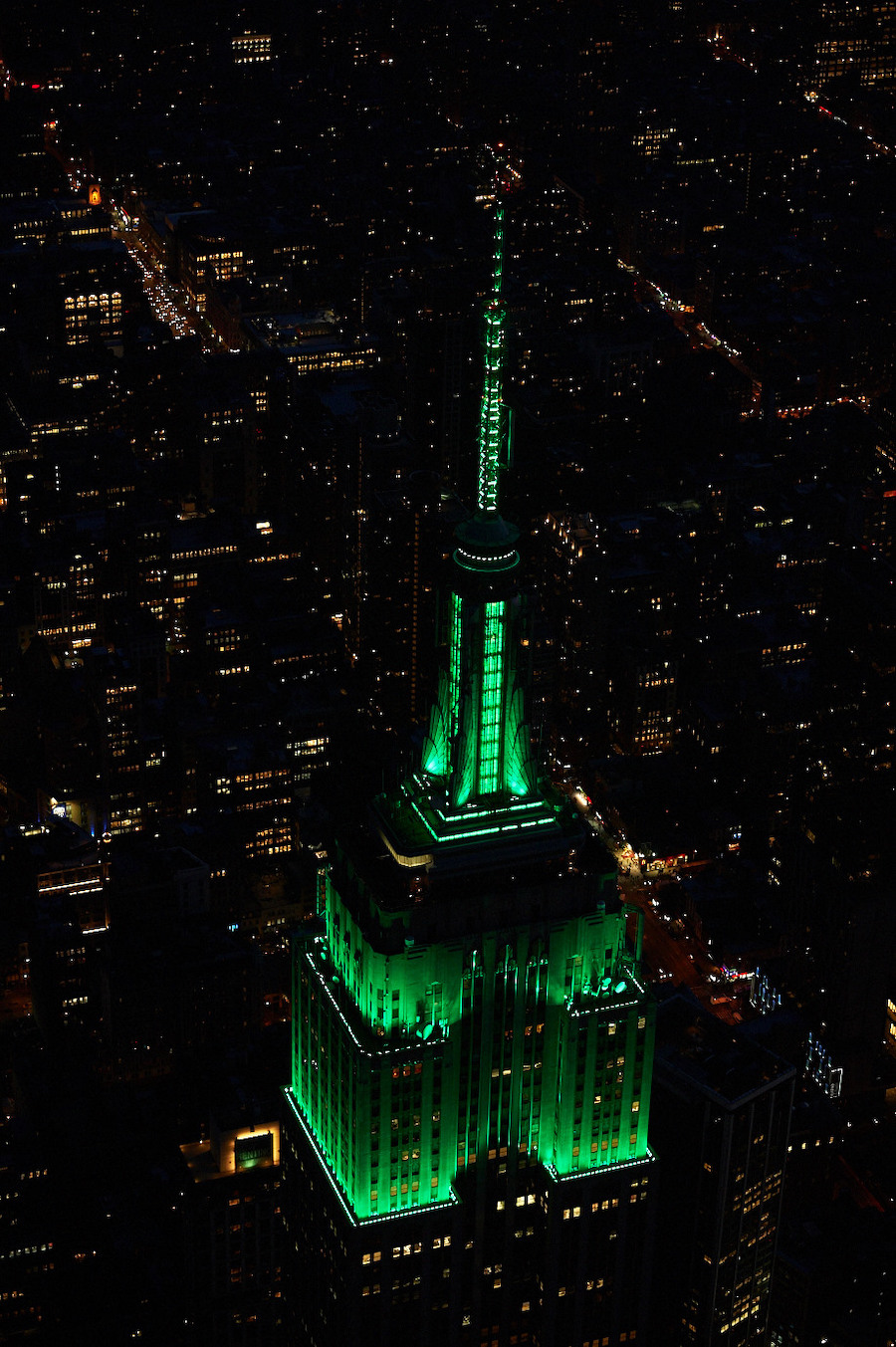 The Spaceview Limited Edition 18-karat yellow gold watch recalls the open-worked dial of the original watch and features the same green color accents as the original. The difference is the new electrostatic energy movement. The movement is the result of more than 10 years of research and development.

Essentially, the electrostatic energy is created by two turbines that rotate between two electrodes affixed to the movement. The turbines are powered by the movement of the wrist. Energy is stored in a capacitor and powers the two motors. One motor powers the hour and minute hands, while the second motor fuels the smooth-motion second hand. The motors are synchronized via integrated circuits to provide accuracy of +/- 5 seconds a month. 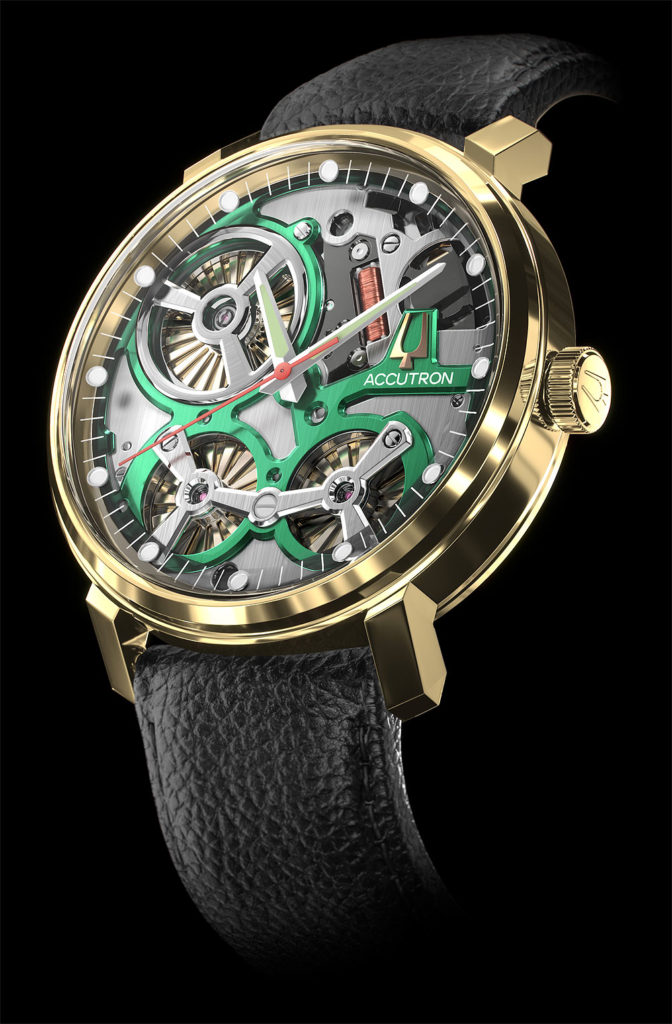 This electrostatic movement actually made its debut earlier this year in steel SpaceView 2020 watch. The new 18-karat gold version measures 43.5mm in diameter and  is created in a limited edition of just 60 pieces. It is offered on a grained leather strap and retails for 19,600.

According to Jeffrey Cohen, President of Citizen Watch America (which owns Bulova and Accutron, among other brands), “We are proud to reintroduce Accutron as its own brand in its own right. The new Limited Edition Spaceview 2020 featured in solid gold is our way of paying homage to a historical landmark achievement and immediate design sensation.”

This week, as the brand celebrates 60 years, Accutron is sharing (via social media) key moments important moments in time that stem from its long history in New York City. 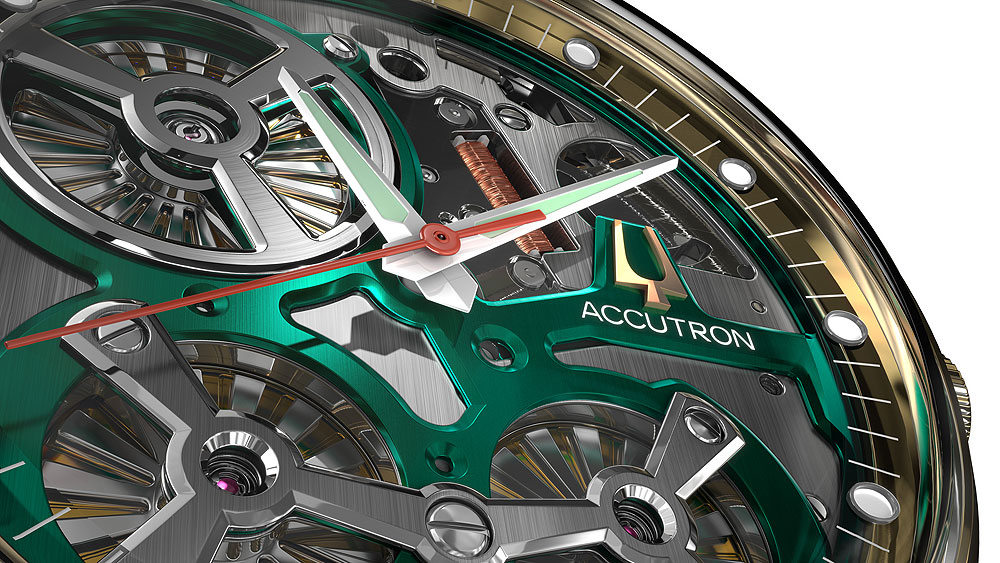