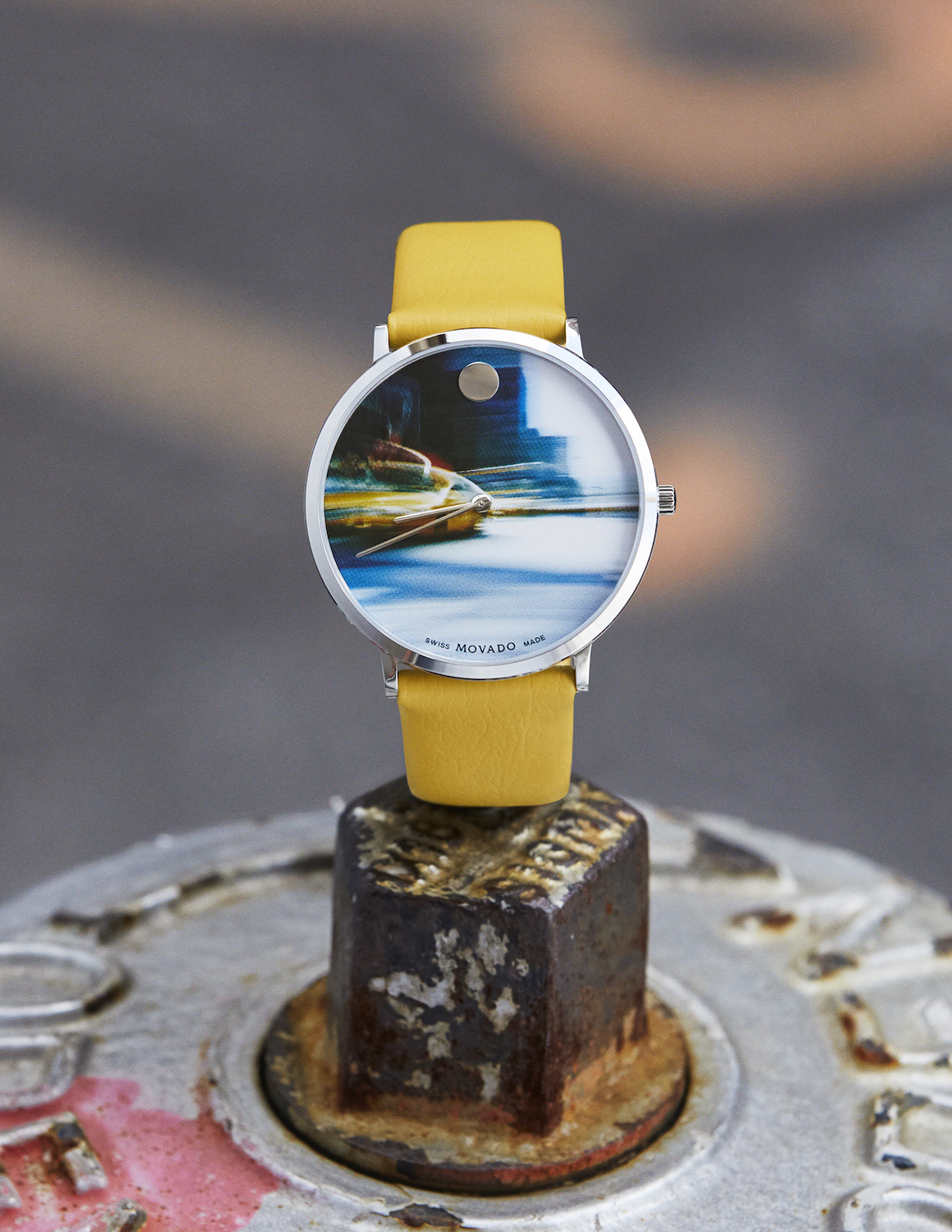 In a big move, Movado is unveiling the much-anticipated new Artists Series watches – created in collaboration with famed photographer Alexi Lubomirski who may be best known as the Official wedding photographer in 2018 of Prince Harry and Meghan Markle. In addition to being a portrait photographer, Lubomirski has also shot campaigns for luxury brands, and is the founder of Creatives4Change – a global organization to encourage the fashion industry to stop the use of fur, feathers and skins. The new Alexi X Movado series, “Interpretation of time through a lens,” showcases some of Lubomirksi’s photographs that best depict time in different illuminations.

The first new Artists’ Series watch in 10 years, this launch will consist of two different collections: one being unveiled today and the second to be released in Spring of 2021. The Alexi X Movado pieces unveiled today feature photographic dials that stem from four photos taken by Lubomirksi. The versions include  Light, Water, Illumination and City Scenes and are designed to be an artistic interpretation of time.

“When I was first asked to provide some images, to adorn the watch faces of Movado’s Artists’ Series, I had to imagine and understand, how one could describe time in a singular image,” says Lubomirski. “Photography in its essence, is about time, the capturing of time in a kinetic world: time in space, time in movement.  The ultimate prize of a photographer, being to capture a unique moment, that no one else can capture, at the same time or in the same way and then, to be able to share that vision with others.” 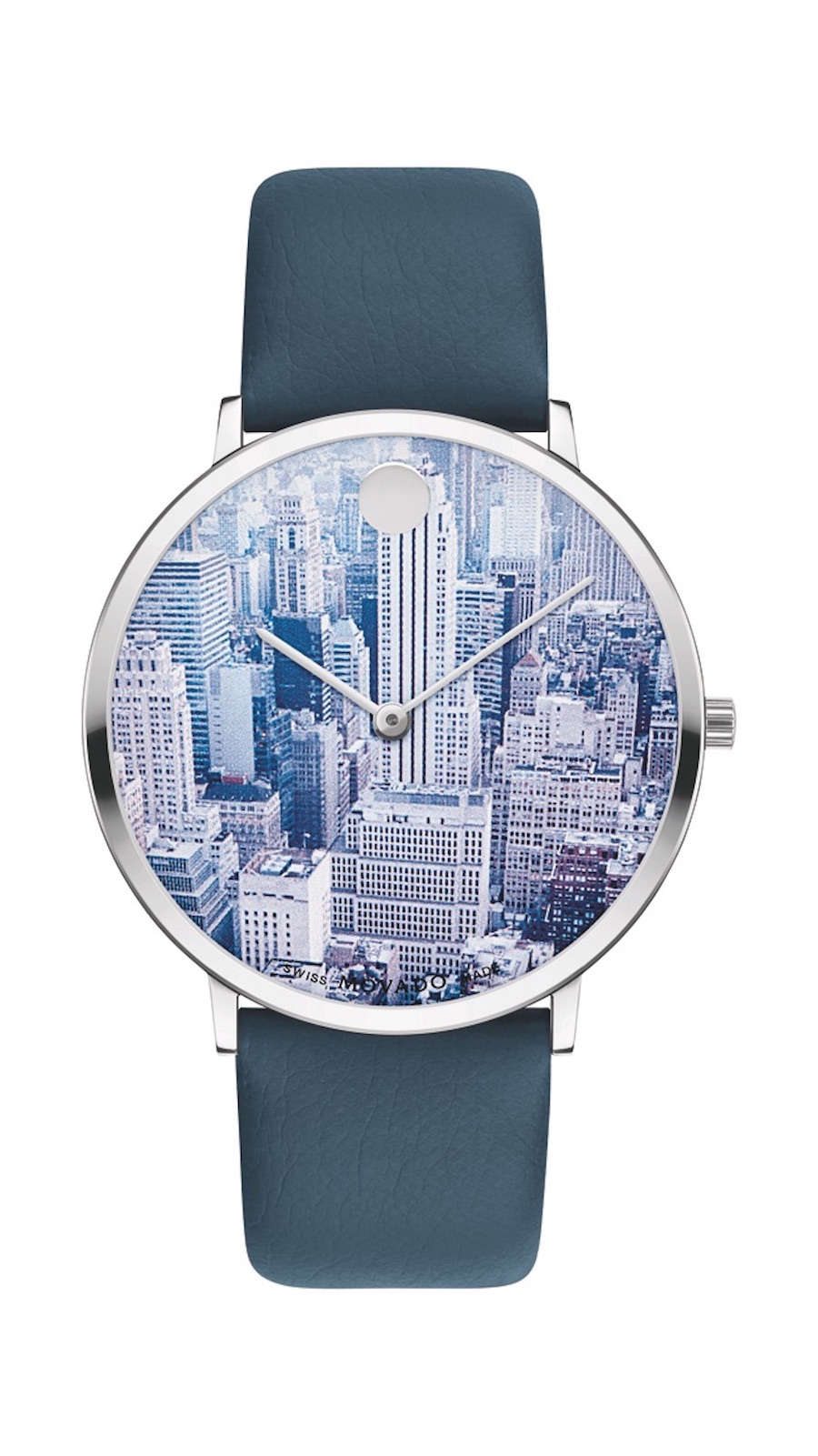 Movado X Alexi Artists Series, Ilumination, taken from the Top of the Rock.

Five of Lubomirski’s “visions” will grace the dials of the new Artists’ Series. The Water watch is designed to reflect the fact that water is always in motion. For the Light watch, Lubomirski “reflected and refracted light onto a dark surface, cutting away any other visual pollution.  Each slightest movement or change in direction, supplied us with one of an infinite number of different patterns, all entirely unique.”

For the City Scenes watches, Lubomirksi, who has lived in New York City for 15 years, looked to create images that represented what it was like for him to be one of millions of people in the City that Never Sleeps. The photographs are printed on the brand’s iconic Museum dial (with single dot at 12:00), and finished with vegan straps in gray, yellow and navy blue.

Interestingly, the new series marks the first time Movado turns to a vegan strap. Because Lubomirksi is a dedicated vegan and an animal rights activist, Movado felt this was the perfect finish for the new Artists Series. The brand also creates its first vegan reusable watch pouch made from recyclable materials. 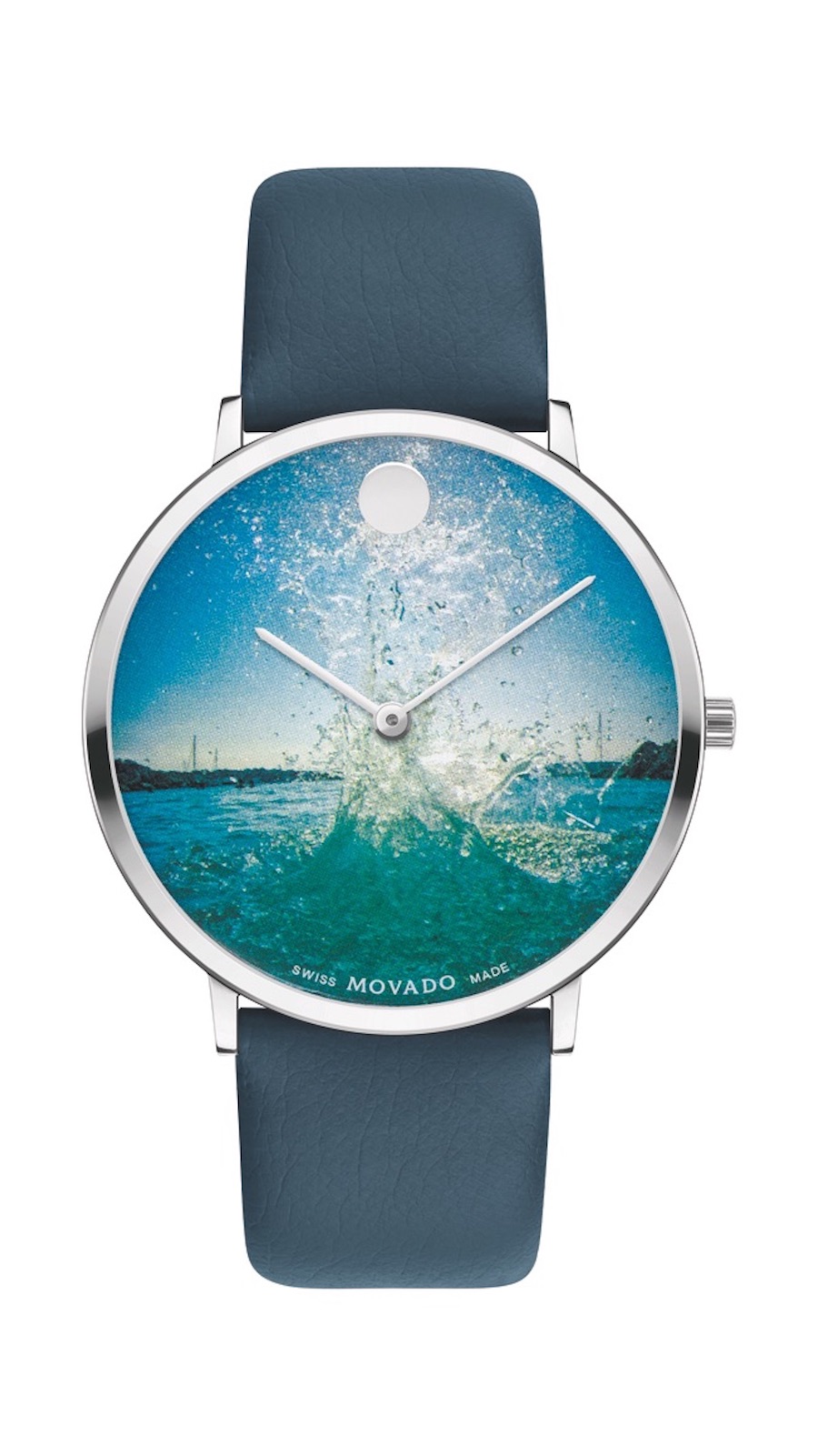 Underscoring Lubomirski’s commitment, Movado’s second Artists Series with Lubomirksi will represent the photographer’s concept of the “four doorways” to veganism. A portion of proceeds from all of the watch in the first and second series will be donated to Concern Worldwide and the Humane Society of America, both Lubomirski’s choices.

The Movado Artists Series was first launched back in 1988, when the brand unveiled the Andy Warhol “Times 5” watch that featured Warhol’s photography on the cubed watch dials. Subsequent series featured collaborations with Rosenquist, Arman, Britto and Scharf. The new Alexi X Movado series underscores the brand’s commitment not just to art, but also to today’s important causes. The watches in this first series retail for $595.

“With the world at a crossroads and the incredible new technological tools readily available, we are the first generation to have the immense fortune, but also the obligation, to leave this industry and the world, in a better place than we found it,” says Lubomirski. “We are taking a first step in this collaboration with Movado by enacting this change on a larger scale, giving the opportunity to Movado’s customers, to join us by choosing a product that is new and forward thinking. I am extremely proud and humbled to have been chosen to accompany them in this journey.”

According to Efraim Grinberg, Chairman and CEO of Movado Group, “Learning about Alexi and his vision was the catalyst to include him in the latest Movado Artists’ Series. Art comes in many forms and is meant to inspire, make us think and evolve. I was drawn to Alexi as an artist and specifically by the way he uses his talent and recognition to ignite change in our industry and world; he implements change without judgement.” 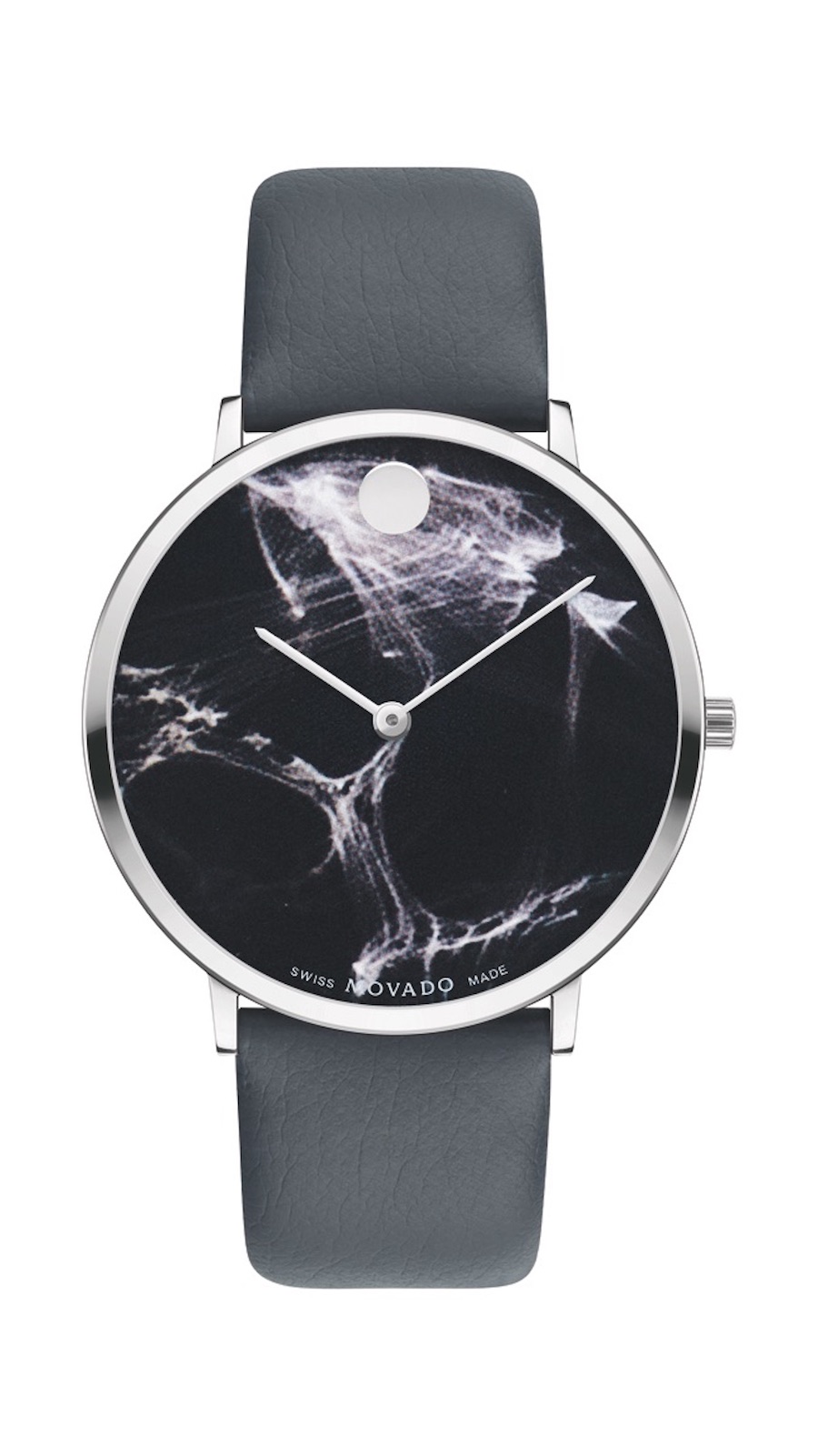 Trying to capture time on a watch dial is the goal of photographer Alexi Lubomirski in this “Light” version of the Movado x Alexi Artists Series watch.

(Note: This article by Roberta Naas first appeared on Forbes.com)