A Moment in Time with Legendary Jack Heuer 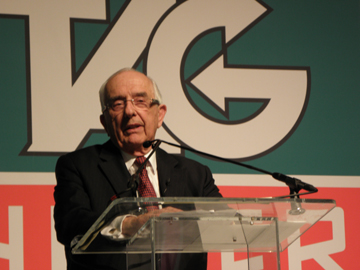 Having been in this industry nearly 30 years, I’ve had the distinct good fortune of witnessing certain brands as they grew and flourished, and of meeting some of the watch industry’s legends. TAG Heuer — and Jack Heuer, in particular — are among those. I’ve met Jack Heuer before, several times, with the first dating back to the mid-1980’s when Heuer was purchased by TAG Group SA and the new brand name TAG Heuer emerged.  The great grandson of founder Edouard Heuer, the now 81-year-old Jack continues to possess a true passion for beauty and legibility in timepieces. 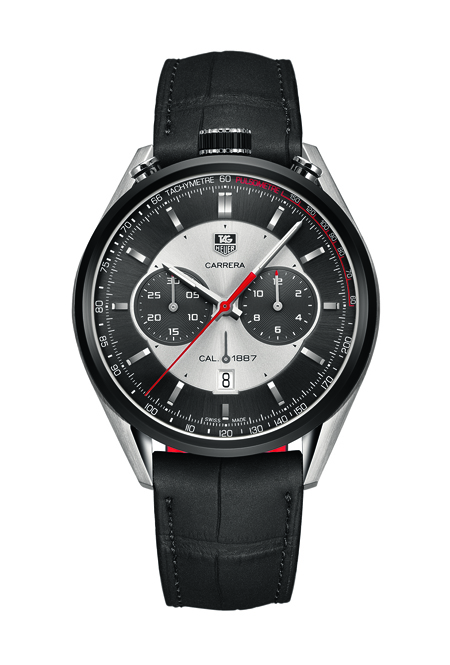 Last week, at an exclusive VIP event at Highline Stages, New York, TAG Heuer celebrated the 50th anniversary of the iconic Carrera watch collection. TAG Heuer’s president & CEO, Ulrich Wohn,  and  Honorary Chairman Jack Heuer toasted to the anniversary, surrounded by vintage TAG Heuer Carrera  watches (on special loan by the TAG Heuer Historical Museum), and by rare Porsche Carrera autos. Best of all was the opportunity to speak with Jack – the creator of Carrera (which was introduced in 1963), and to hear his fascinating stories of motor sports and time spent with legendary drivers.  Here, he shares a few insights with us on the making of the Carrera.

“My father was the creative part of the company. He was always thinking of names for watches and he would file the names away, and eventually make a watch for that name. He created Time of Trip, Autavia and so many others. I was brought up in this environment, so with the Carrera, I had the name before I had the watch,” explains Heuer.

In fact, he came by the name in the late 1950’s when he was working in New York and was invited to Sebring for the races (he had lent them several pocket watches for timing). There, he met the young Rodriguez 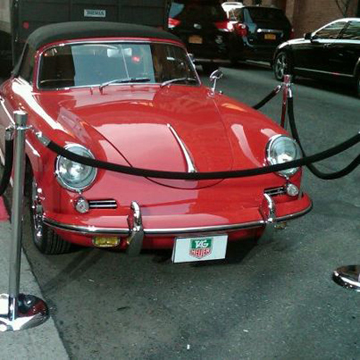 brothers and their parents, who were grateful that the boys were not yet old enough to drive in the Carrera de Pan American races. “That was the most difficult and dangerous race. The drivers would travel at speeds of about 160 miles per hour over rough terrain. In the five years of the race, 35 people were killed; they had to stop the races,” says Heuer. “But that was the first I had heard the name Carrera.  I knew I had to use it for a watch. It was sexy. It meant something in so many languages; it means career, road, track, race and many things. It was a perfect name.”

Thus Jack set about designing a watch to match the name. In the early 1960’s he was enamored with architecture and innovation and had many intrinsic lessons about legibility of watch dials. “I am a legibility freak. I applied all of the design codes I had learned during this period of renewment and innovation to the making of the dial of the Carrera watch. It was unveiled in 1963 and was one of our best selling timepieces ever.”

Since the making of that first Carrera, Heuer has participated in the design of several other versions including the newest 50th anniversary 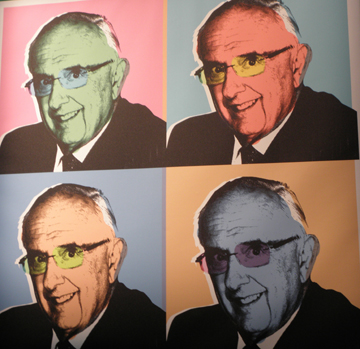 piece, with pushbuttons on the top of the case. “I’ve been a product man all my life, it’s what I love. The product has to look good, be legible and be comfortable,” says Heuer. “Now, with just a few months until I retire, I have to say that I am proud to be part of something that has lasted 50 years.”