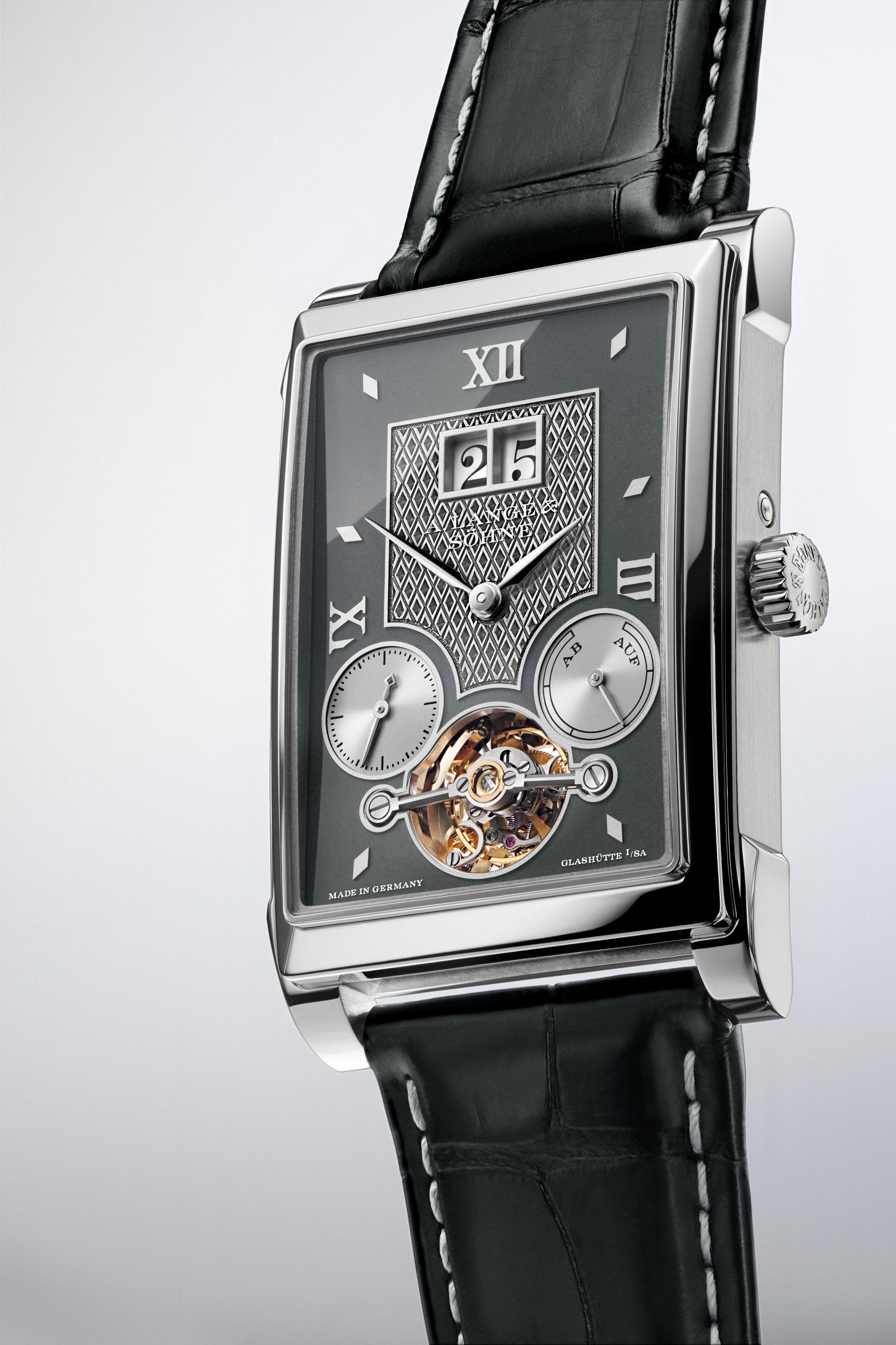 Front view of the A. Lange & Sohne Cabaret Tourbillon Handwerkskunst.
The CABARET TOURBILLON HANDWERKSKUNST is – viewed from all sides – an extravagant timepiece. It combines superb watchmaking artistry, to the outermost angles of its rectangular case, with elaborate, traditional and, meanwhile, rare techniques. They include semi-transparent enamelling of the dial and several manual engravings in the lozenge design style. The limited 30-watch edition is a special version of the world’s first mechanical wristwatch with stop seconds for the tourbillon as presented by A. Lange & Söhne in 2008.

German watch brand A. Lange & Sohne is known for its superb watchmaking prowess, but every once in a while, it dazzles its collector followers with a specially made extravagant fine art  piece. Such is the case with the all-new  Cabaret Tourbillon Handwerkskunst. By utilizing rare and traditional techniques, such as enameling and engraving, the brand transforms its complex mechanical wristwatch with stop seconds and tourbillon into an even more desirable piece. The price: Euro 315,000, which, when translated to dollars comes in at approximately $375,000, but this number will vary daily based on exchange rates.

The Handwerkskunst series by A. Lange  & Sohne is all about highlighting the brand’s artistic prowess. This version is the seventh watch in the series that was started in 2011. In the center of the dial, a lozenge-shaped motif is elaborately engraved, sculpted and enameled with a semi-transparent enamel. The motif was inspired by the watch’s six lozenge-shaped hour markers. The creation of this lozenge motif takes the master artisans at A. Lange & Sohne hundreds of hours to complete. Additionally, the dial is actually created using three separate parts made of solid 18-karat white gold. It features the Lange outside date at 12:00. A thin, finely decorated line separates the dial parts from one another. 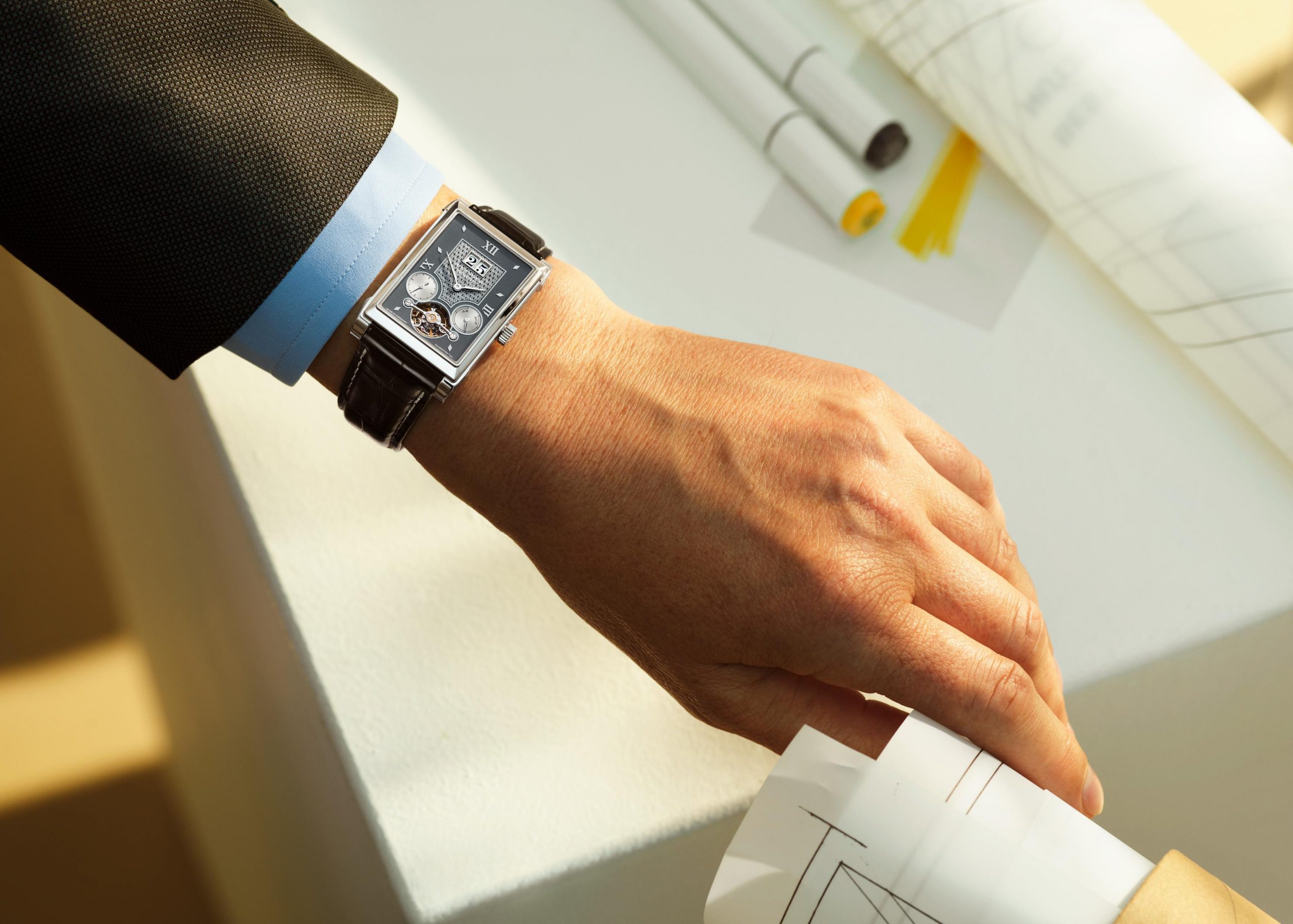 A journey around the dial of the Cabaret Tourbillon Handwerkskunst

In addition to the lozenge-shaped motif in the upper portion of the dial, the watch features two integrated subsidiary dials  that showcase the small seconds (beneath 9:00) in one and the power reserve indicator (using an up/down arrow) in the other (beneath 3:00).  An aperture between the subsidiary dials showcases the stunning always-in-motion (Lange’s motto) tourbillon. The top of the tourbillon bridge is polished using a special technique considered to be one of the most difficult finishing processes. 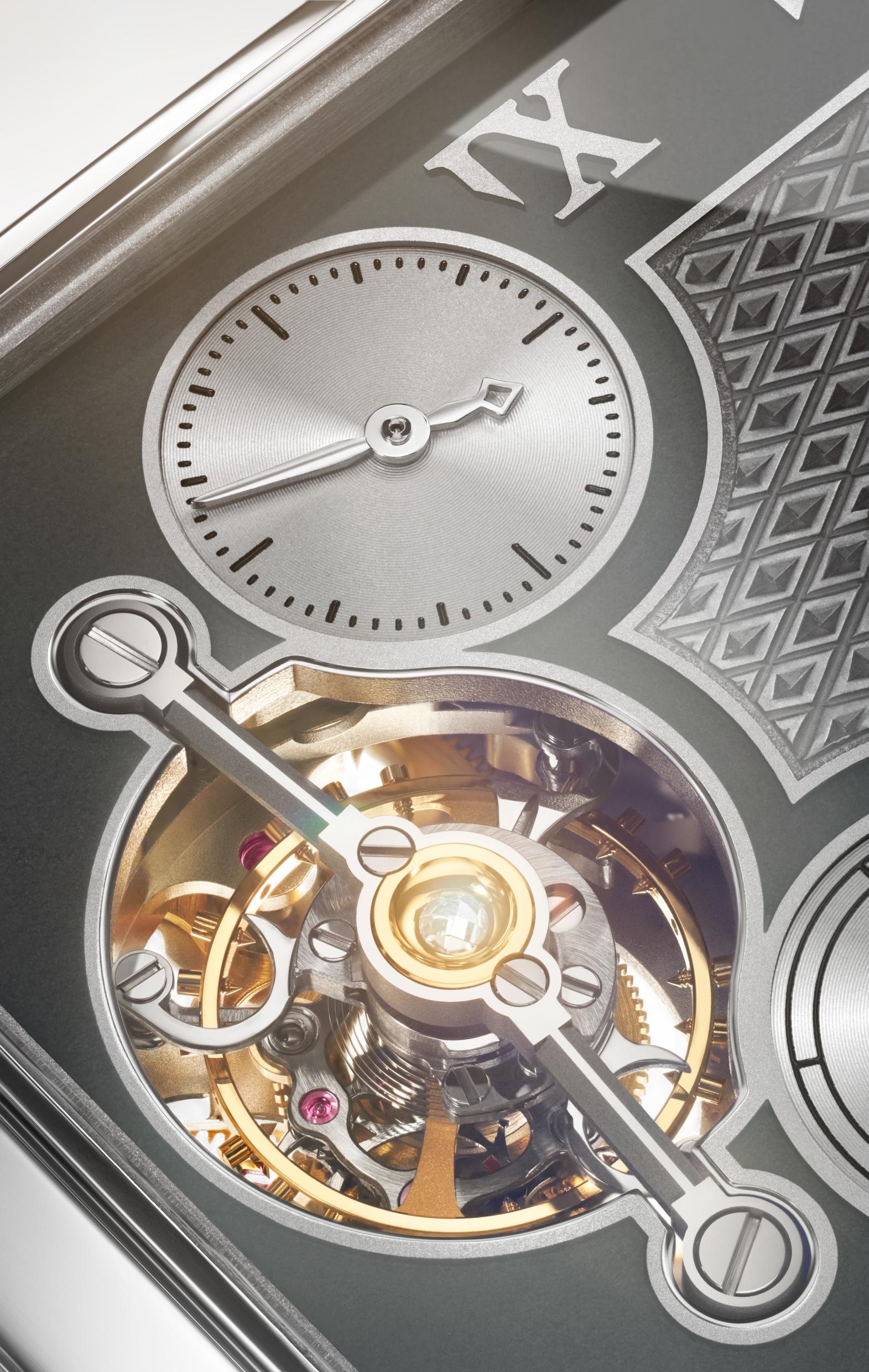 The lozenge-shaped markers are complimented by Roman numerals with a font that matches harmoniously. t The new platinum Cabaret Tourbillon is powered by the manually wound caliber L042.1 with twin mainspring barrel that yields 120 hours of power reserve. It consists of 370 individual parts, with 84 of them integrated in the filigreed tourbillon. Just 30 pieces will be made, each with an engraved number on it.

The original rectangular Cabaret watch was first introduced to the world in 2008. It took the watch-loving world by storm because it was the first time A. Lange & Sohne combined an instantaneous stop of the balance and an instant restart, allowing for precise time setting down to the second. It was also the first rectangular watch that the brand created — another stirring feature.  To this day, the Cabaret case is used only for special timepieces. 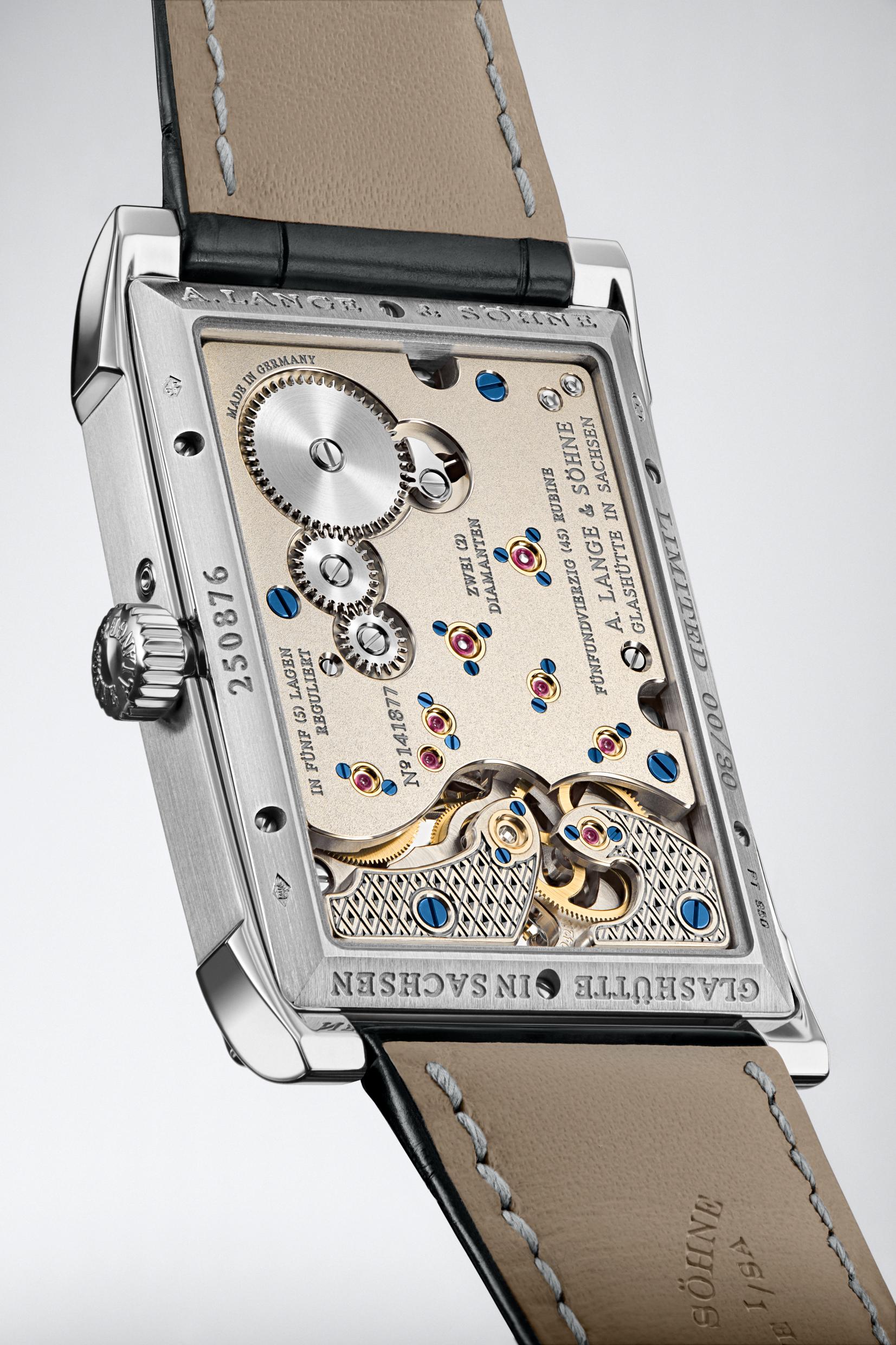 Just 30 pieces of the platinum A. Lange & Sohne Cabaret Tourbillon Handwerkskunst will be made.