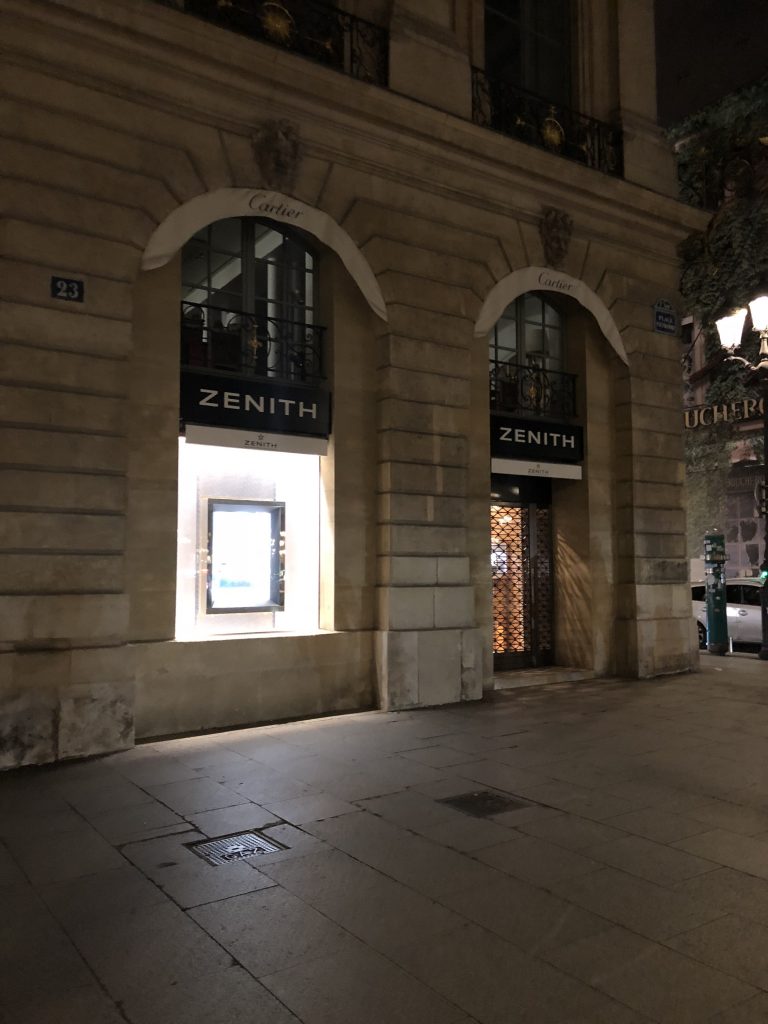 Last week, following a very busy Baselworld 2018 show, I joined Zenith watches on a brief trip to Paris, where the brand  opened what it calls a Pop-Up store. That Zenith boutique — strategically located  in Place Vendome — is anything but Pop-Up. Instead, it is a brick-and-mortar corner store right on Place Vendome. With windows on both sides, the “pop-up” store was most recently occupied by Zenith’s sister-brand Louis Vuitton, and is luxuriously appointed with light and dark wood accents, warm-toned carpets, and inset vitrines.

Place Vendome, easily one of the most elite squares in Paris, is in the 1st arrondissement, north of the Tuileries Gardens. The starting point of Rue de la Paix, this rectangular square boasts not only the famed Vendome Column erected by Napoleon 1 and completed in 1810, but also some of the most incredible luxury jewelry and watch boutiques in the city.  Within the square today is the much-revered Westin Paris, Place Vendome hotel, surrounded by brand boutiques such as Boucheron, Breguet, Hublot, Jaeger-LeCoultre, Patek Philippe, Van Cleef & Arpels and more. Now, Zenith has joined the line up — at least until September. 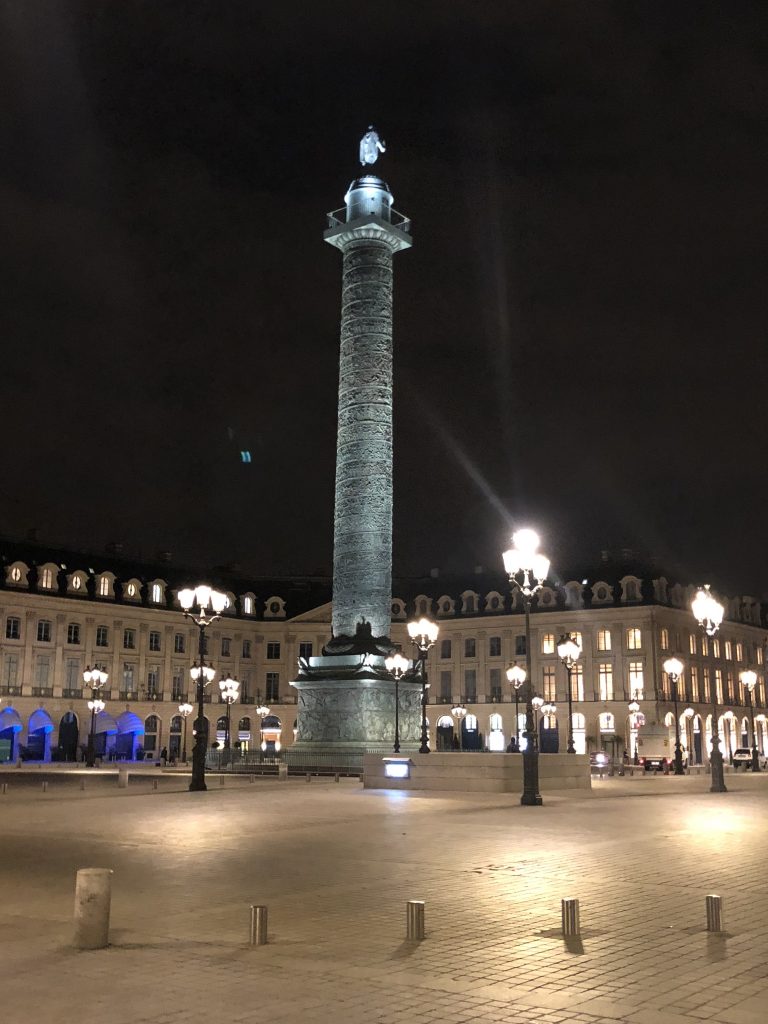 The Zenith corner store sits right on Place Vendome in Paris, with a view of the famed Vendome Column. (Photo: R. Naas)

“We had the boutique for three months, but then we were able to renew the lease, so we can stay through summer,” says Julien Tornare, CEO of the Zenith.

The inaugural opening of the   Zenith pop-up store  took place in late November 2017.  The 160-square meter store is the largest ever opened by the brand. Now, with an extended lease, Zenith is able to showcase the newest timepieces that were just unveiled at Baselworld 2018 — an enticing draw for watch-loving summer vacationers. In fact, Zenith unveiled a host of exciting new watches in its Defy and Pilot lines during Baselworld, and those will be at the boutique during summer, as are the Zenith/Bamford collaboration watches (unless they sell out before one gets to  visit). 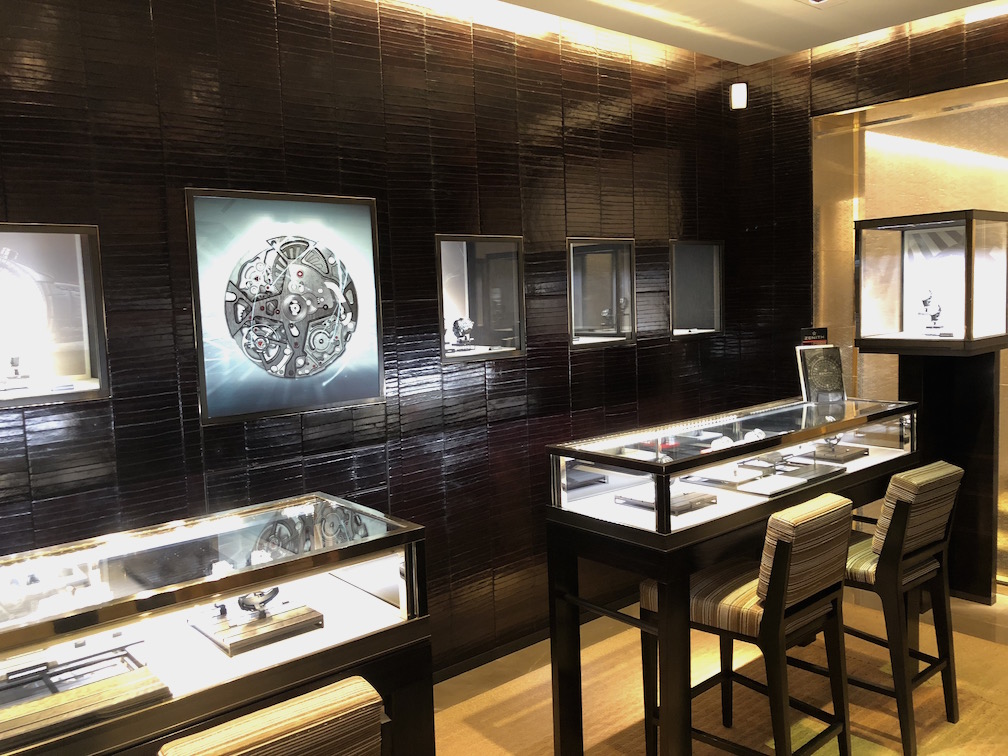 Inside the Zenith pop-up store on Place Vendome in Paris.

When I visited the boutique earlier this week, along with a very select group of journalists and the new USA brand manager, Thierry Collot (previously of Parmigiani Fleurier in America), we had the entire boutique and all of the watches to ourselves for a delightful dinner cooked in the store’s downstairs kitchen. While we will bring you more news of the newest watches soon, we couldn’t help but share a highlight or two. 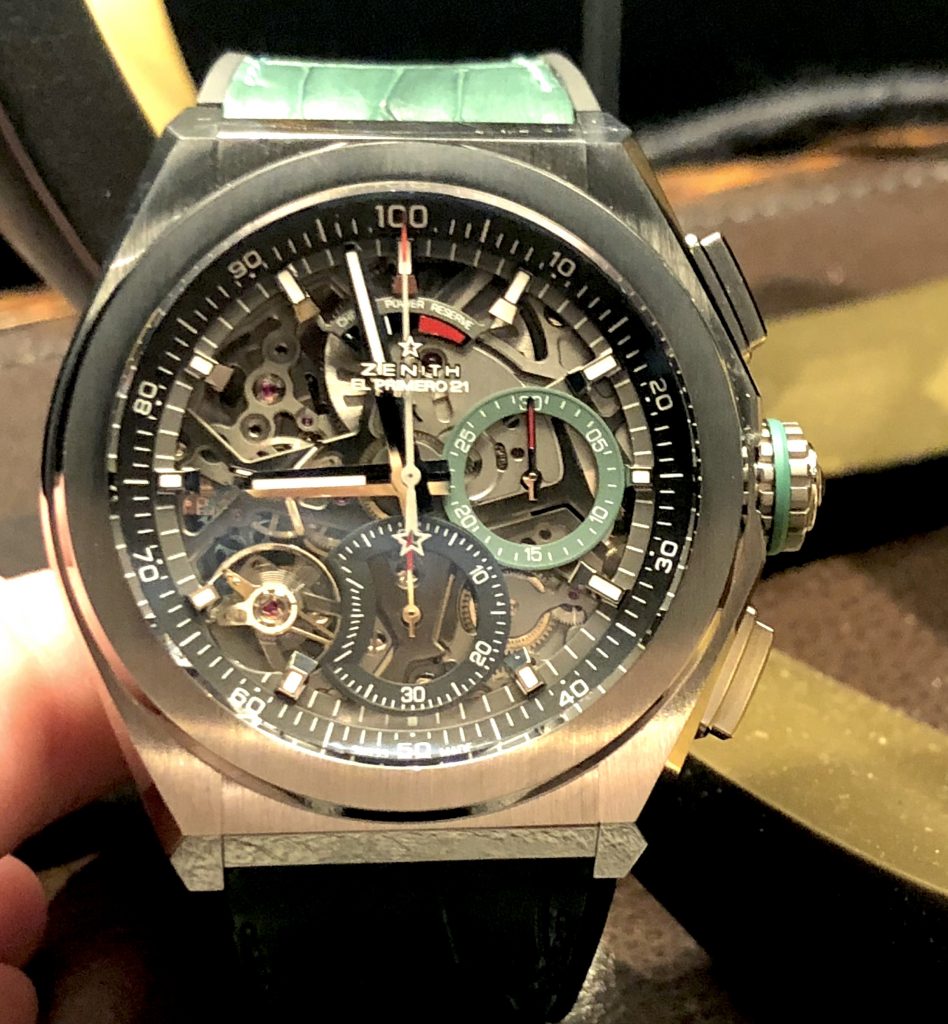 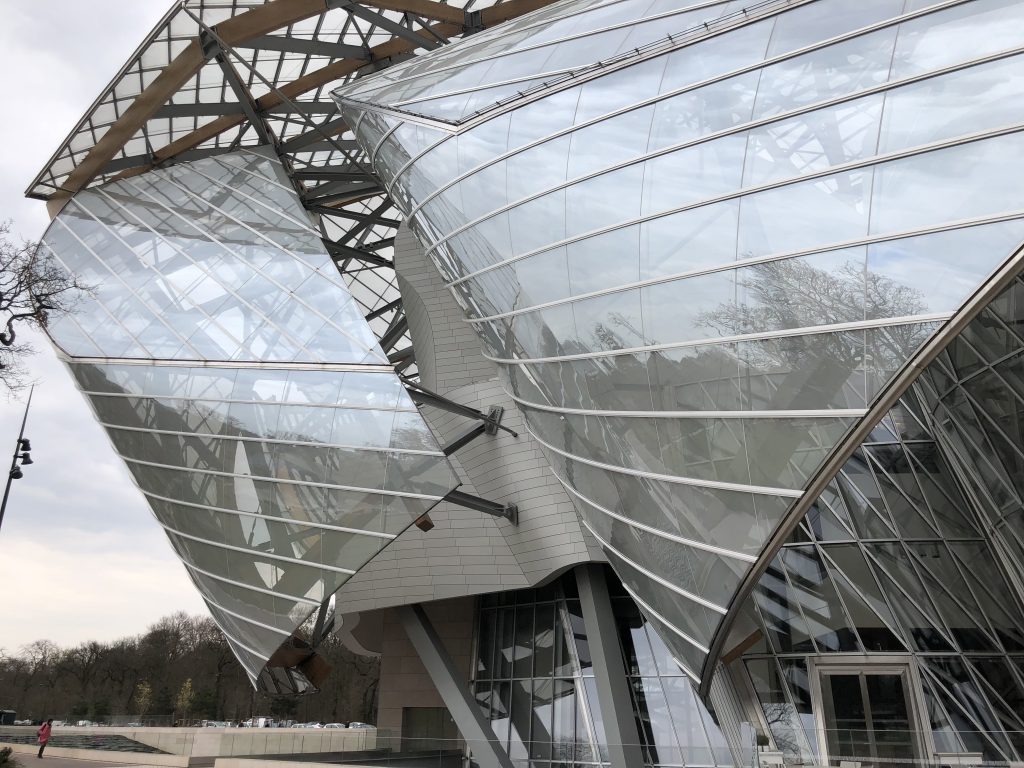 The dinner was preceded by a visit to the incredible Louis Vuitton Foundation in the 16th arrondissement of Paris. The building, created by famed architect Frank Gehry, is designed to resemble a ship, with its sails at full mast and opened. Within the structure is a cafe with an intriguing fish sculpture overhead, and a host of other important touches. Outside, there is a huge stepped waterfall leading to a basin.  Other artists also have their work incorporated into the design of the building, which is used to as an art museum and cultural center. 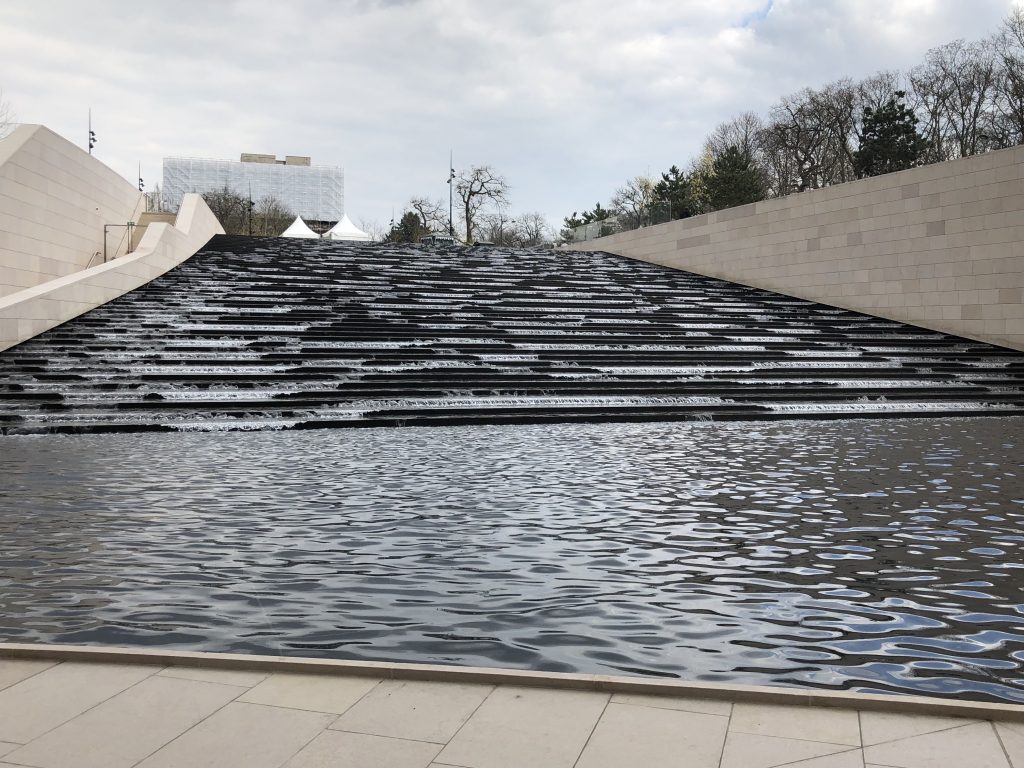 An outside waterfall cascades via steps into a basin outside the auditorium of the Louis Vuitton Foundation building. (Photo: R. Naas)

Sponsored by the LVMH Group, the Louis Vuitton Foundation is a separate non-profit entity. The museum, on which construction began in 2009,  was the brainchild of Bernard Arnault, Chairman of LVMH. It opened in late 2014, to the tune of about $143 million. The two-story structure has 11 galleries, a state-of-the-art 350-seat auditorium (with seats that recede into the floor when not in use), and a multilevel roof terrace.  The side of the building facing Avenue Mahatma Gandhiis graced with a large stainless-steel LV logo also designed by Gehry.