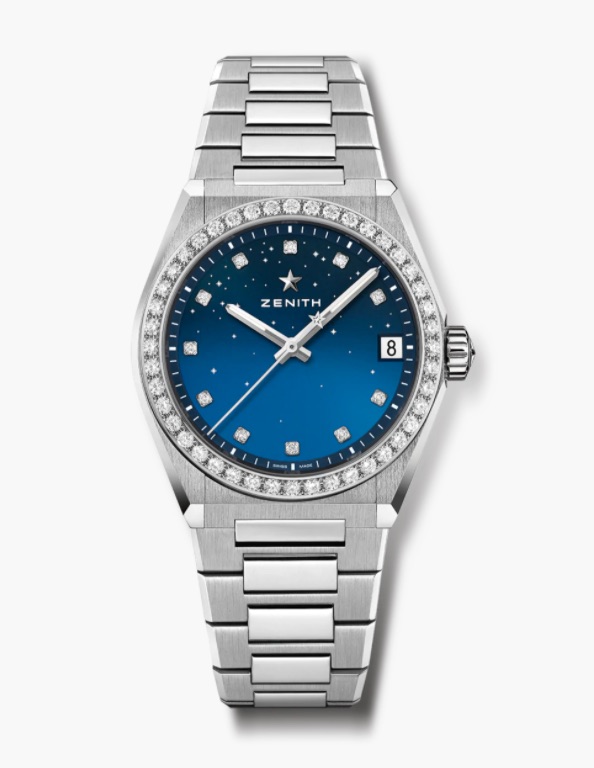 With the emphasis on women this month,  Zenith Watches once again underscores its DreamHers campaign that began in 2020, enhancing  it by adding six more independent women to the list of those trying to inspire others. As a sort of capsule campaign within its overall “Time to Reach Your Star” marketing creed, Zenith is honoring women from all walks of life and from all around the world. Strong women who have pursued their passion despite any obstacles are the backbone of the campaign.

Among the women who have joined DreamHers with great stories that are encouraging others: Laetitia Guarino, Precious Adams and Amandine Chaignot. Since childhood, Guarino seemed to develop two passions. One was modeling and the other was an interest in medicine. She managed to pursue both.  In 2015 she was named Miss Switzerland, and with that notch under her belt, she went on to pursue a career in medicine and has hopes of becoming a general surgeon. 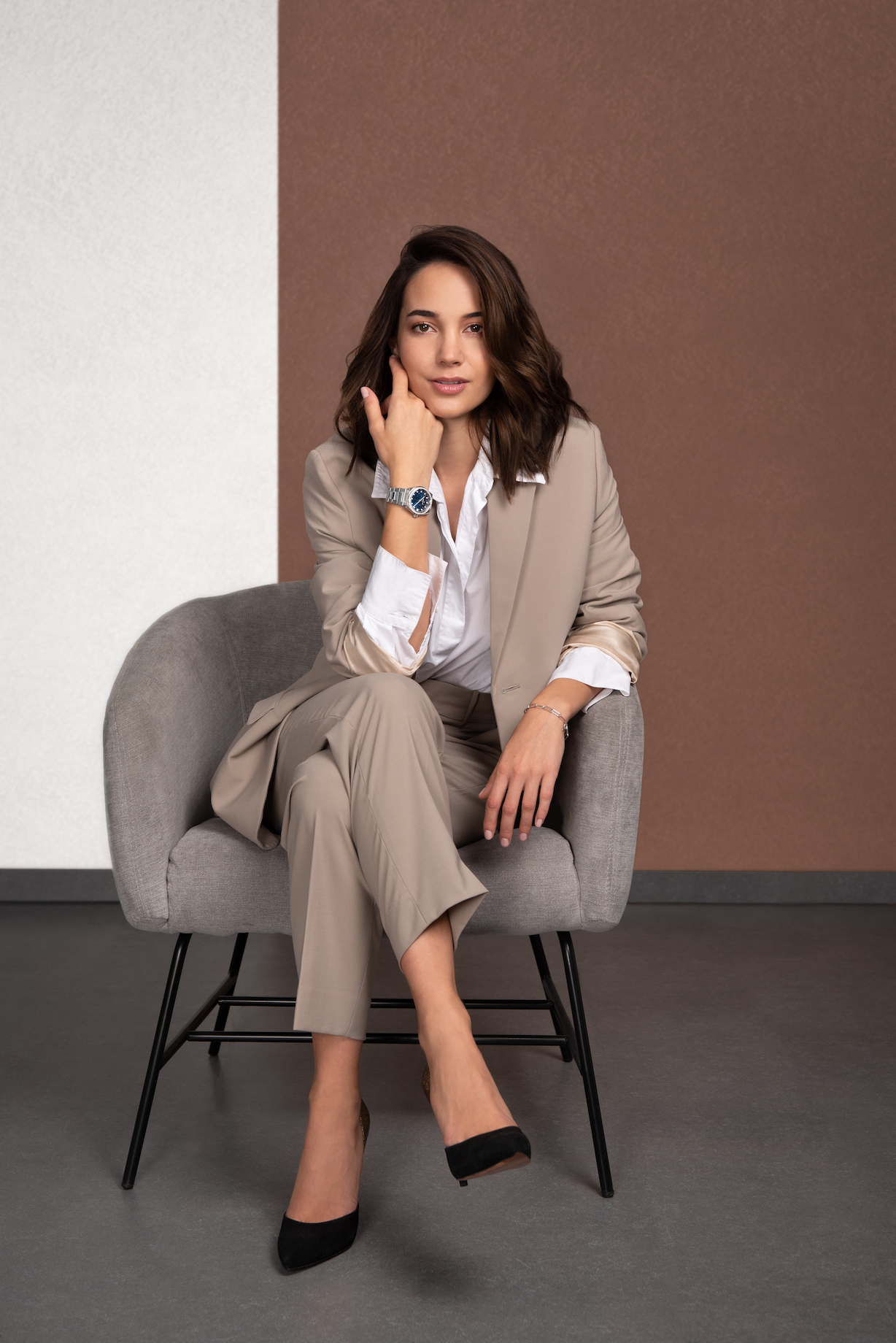 Laetitia Guarino is part of the Zenith DreamHers campaign.

“I always wanted to become a doctor and commit myself to helping others. I truly believe the key to success in life is being passionate, daring and getting involved,” says Guarino. For this reason, in addition to her medical career, Guarino is an ambassador for the Swiss Red Cross and for a Swiss charity, Terre des hommes,  that helps children suffering from heart failure.

Another highly successful woman in the DreamHers campaign is a French chef, Amandine Chaignot. A child born into a family with a pharmaceuticals background, she was expected to follow the same course. After achieving her University degree, though, she opted to follow her own dream and enrolled in the Ferrandi cooking school. She worked herself up from small kitchens to the finest restaurants, working under chefs like Alain Ducasse and Eric Frechon among others. She recently started her own restaurant in Paris, Pouliche, where she is completely at home.

“For the longest time, I thought that some things were out of reach, until I realized that I had built barriers myself,” says Chaignot. “Since then, I dare; sometimes I stumble, but I move on and I never regret. The greatest gift you can give a young girl today is to teach her to believe in herself.” 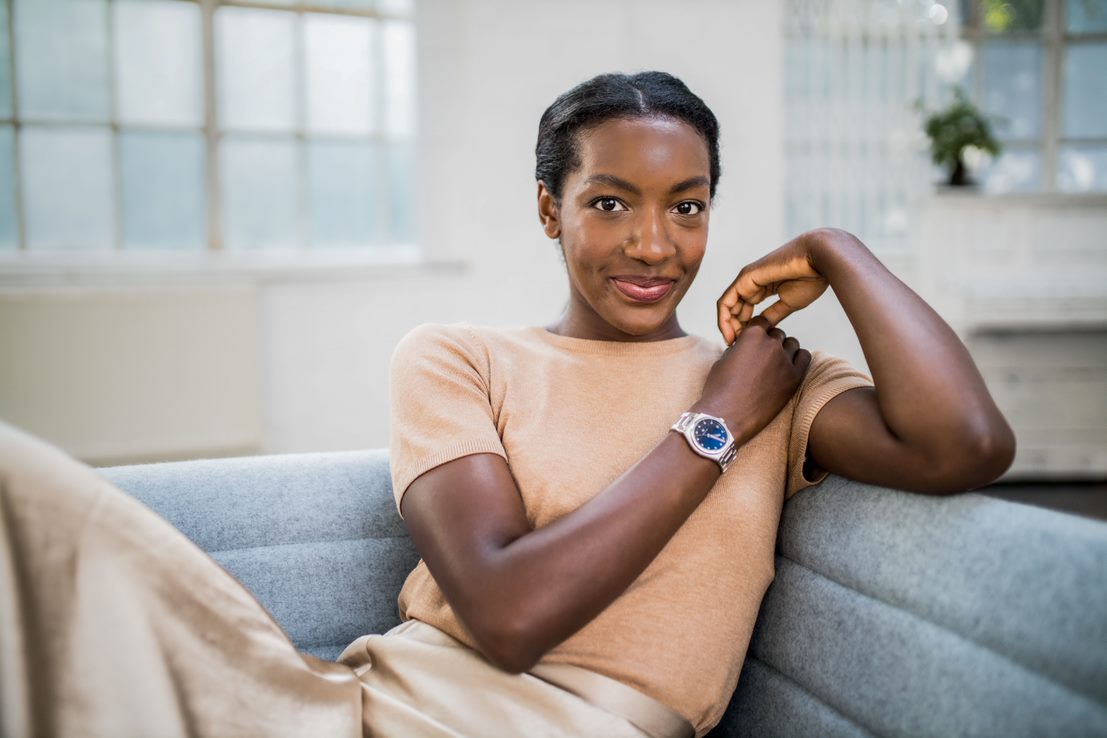 Ballerina Precious Adams is part of the Zenith DreamHers campaign.

American ballet dancer Precious Adams, who dances on grand stages, has always pursued her passion, arduously training and never giving up. Today, she is a champion of diversity and inclusiveness in all fields and works to bring about change.  Part of the English National Ballet Company, she strives to make changes in the dance world, as well, when it comes to inclusivity.

These women are just a handful of examples of the women who are part of the Zenith DreamHers campaign. Each of them wears a Zenith Defy Midnight watch – the brand’s recently launched contemporary women’s collection.