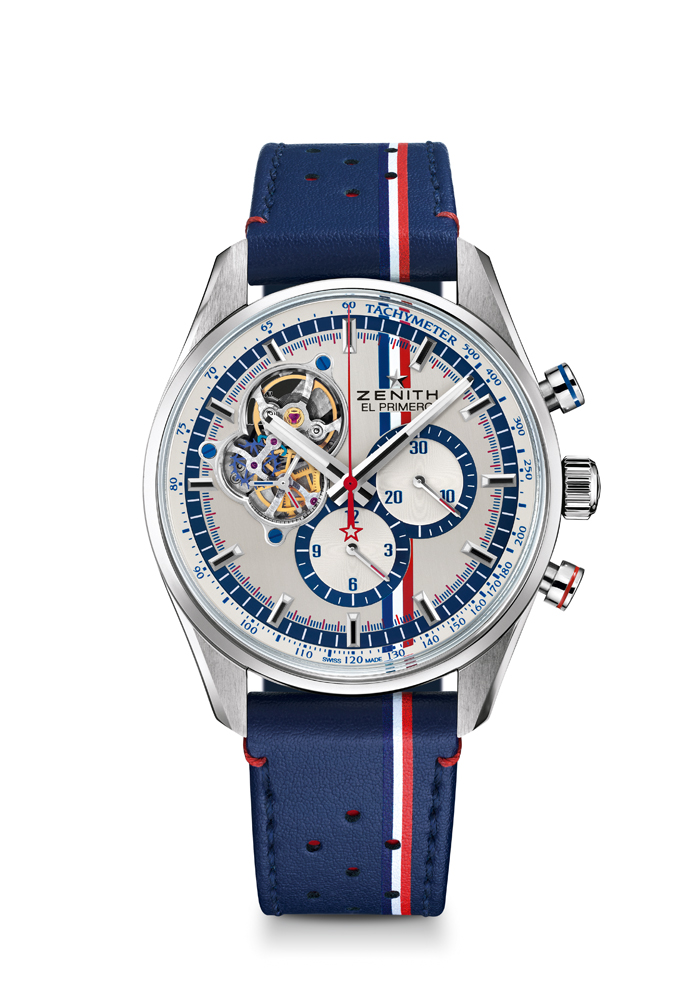 The concept of “Pushing the limits” applies to many different things. In some aspects it’s racing a car at full tilt, pushing your skills to the absolute limit, or taking all your creative skills, and building a masterpiece of innovation. That is what Zenith has been doing – time and again – in its watchmaking efforts: pushing is limits and creating timepieces of exception that cross may realms.

During its 150 years, Zenith has produced watches for exploration and adventure. In recent years, the brand has delved into sea, land and air – even all the way to the heights of the stratosphere (on the wrist of adventurer Felix Baumgartner as he performed a free-fall jump from the stratosphere to break the sound barrier). Most recently Zenith has even partnered with Spindrift professional race sailing team.

Now, in honor of its 150th anniversary, the brand has – for the second year in a row — become the Official Timekeeper for the Tour Auto Optic 2ooo – adding classic car racing to its already full repertoire. The Tour Auto Optic 2ooo  is a set of five races organized by Peter Auto in 1992 for the first time.  For this year’s Tour, approximately 300 classic cars  (1951-1973) will be reliving their heritage and reviving fond memories as they traverse the countryside of France. The set of races hits some of the most beautiful, challenging, and famous racetracks known to race fans. 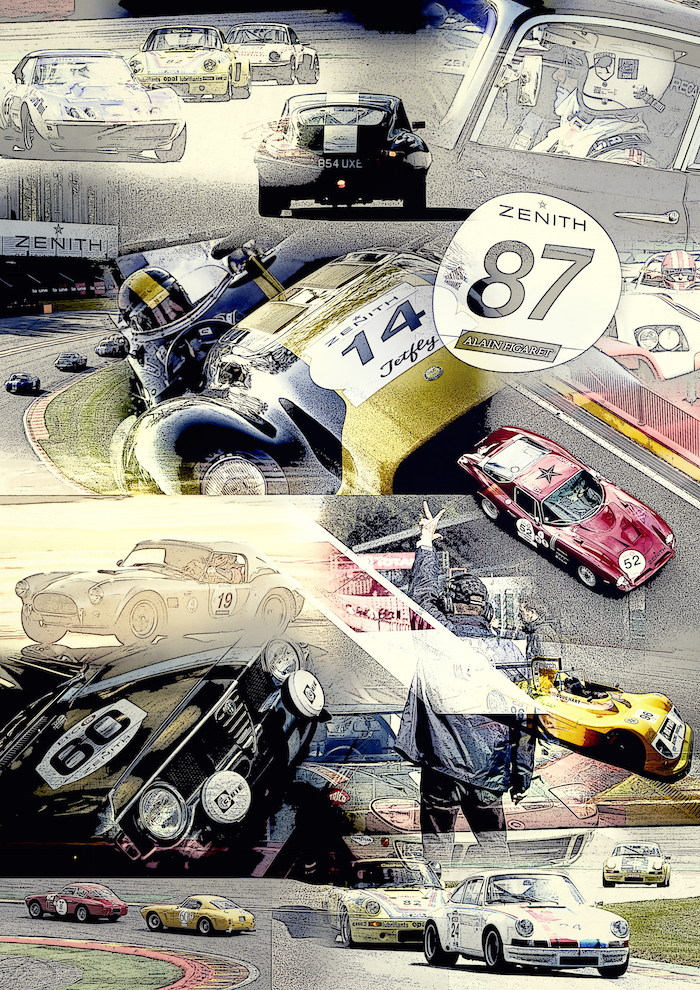 To celebrate both its own 150th anniversary and its affiliation with Tour Auto Optic 2000 and its classic cars, Zenith has created the El Primero Chronomaster 1969 Tour Auto Edition. The watch houses the famed El Primero caliber – which was unveiled to the world in 1969 after seven years of research and development. At the time the movement presented two world firsts: an integrated automatic chronograph (instead of a caliber with a chronograph module added on to it); the first watch to beat at 36,000 vibrations per hour. This high frequency ensures tenth-of-a-second precision.

Zenith, however, like most top watch brands, does not rest on laurels and, instead, continues to strive for excellence – always evolving. The new El Primero calibers for the Open watches (with a dial aperture at 11:00 to view a portion of the movement), and the tourbillons have a few new additions that offer sure-fire precision. To begin with, the new calibers are COSC-certified chronometers. Add to that, the automatic El Primero 4061 chronograph movement is equipped with a lever and escape wheel made of high-tech silicon, making it more resistant to wear and anti-magnetic. 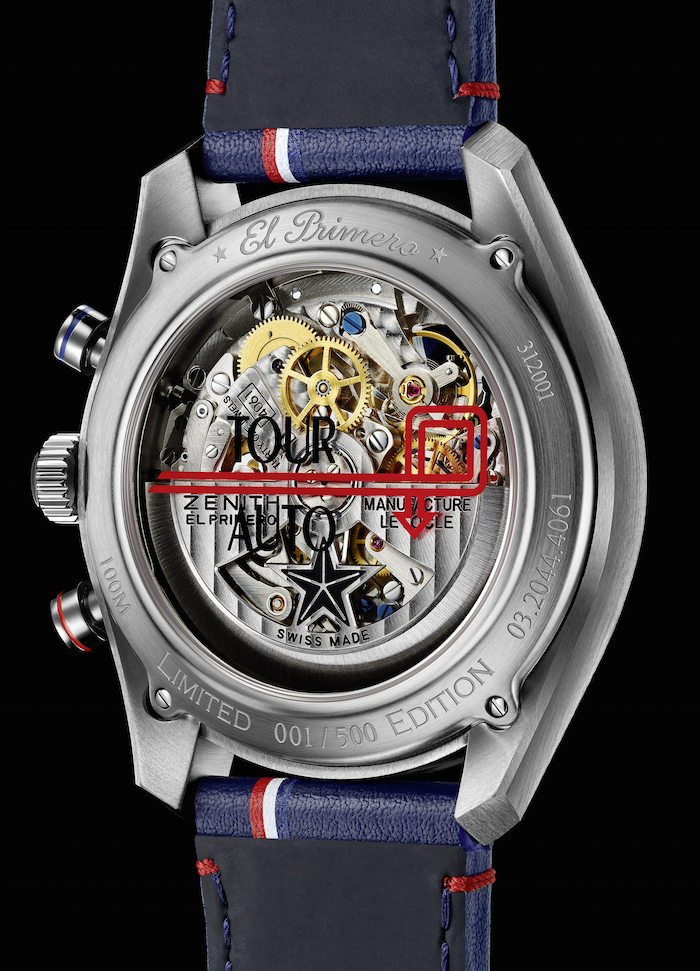 The watch has a sapphire casebook with the logo on it.

The El Primero Chronomaster 1969 Tour Auto Edition with “open” dial features a tachymetric scale and two chronograph counters. The brushed steel case, with a modest 42mm diameter, transparent sapphire crystal caseback, and brushed rhodium-plated hands, leaves a truly iconic impression of classic chic. The watch – in typical racecar style – features a white, blue and red stripe that recalls the French flag and the legendary racing stripe. The central sweep seconds hand with star-shaped accent – though a stunning touch – is not made for this watch alone, but is integrated into all El Primero Chronomaster timepieces (except the women’s watches for some reason!). However, this star on this one, along with the chronograph hands, is red for easy readability.

Another cool function of the column-wheel chronograph comes in the color-coordination of the mushroom-shaped push pieces. The start button features a blue groove; the reset button has a red groove. The caseback is inscribed with the Tour Auto log and the watch serial number. The big drawback to this timepiece: If you want to get your hands on one, the opportunities will be small –as Zenith is only building 500 pieces. The watch will retail for $11,900. 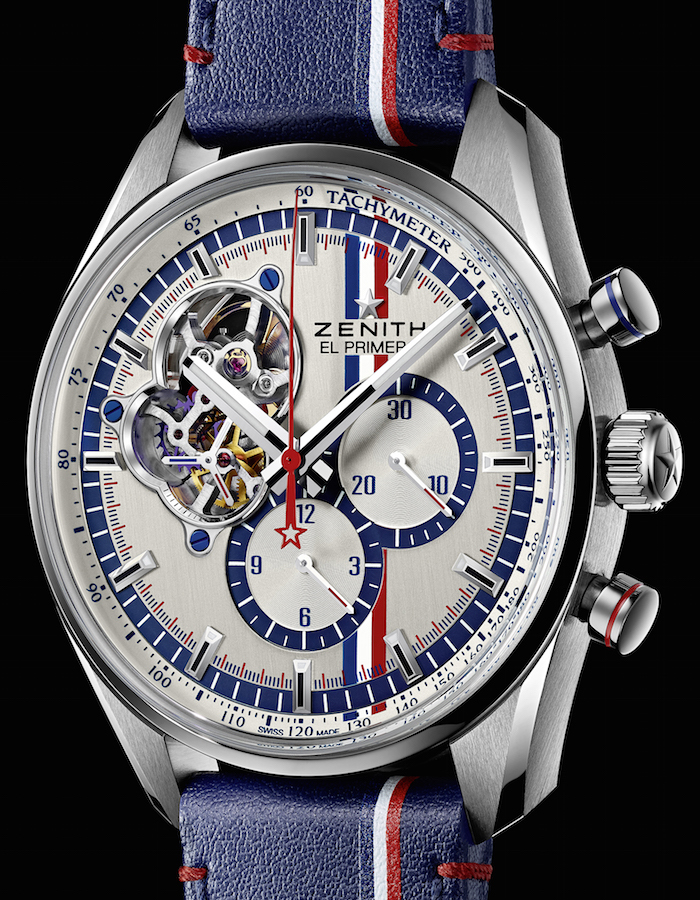 The watch houses a column-wheel chronograph with silicon escape wheel.

Not only does classic racing hold the same values of Zenith’s founding virtues — authenticity, daring, and pleasure – but also both the classic cars and the cutting-edge watches are meticulously crafted, put together, and tuned to perfection by they hands of elite crafters.

To see some of the most beautiful machines coming together to orchestrate such a spirited event is rewarding. For those who can appreciate it, this is a rare blend of some of the most famous classic automobiles (I can smell the iconic scent of a carbureted performance engine rocketing around the world’s most famous tracks), all being reliably timed with one of the world’s best-performing 150-yaer-old watch brand. 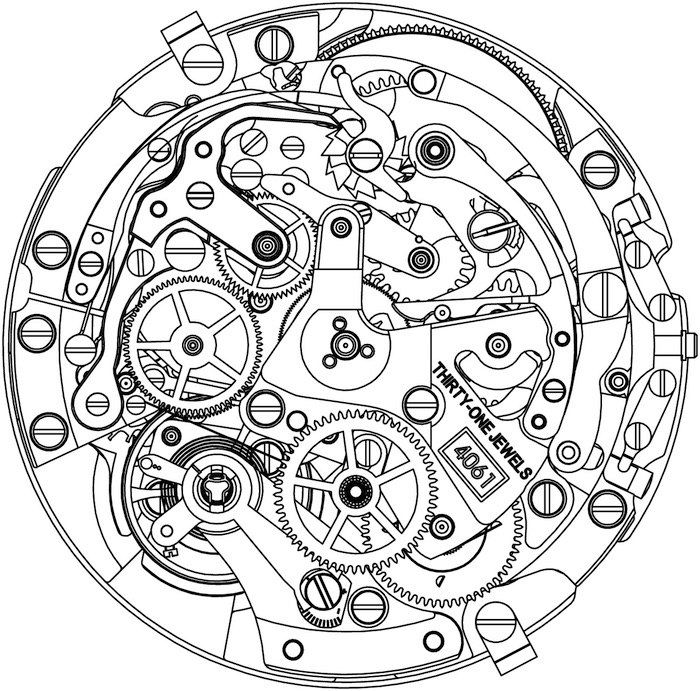 A note about the races:

The schedule consists of: Vallelunga-Classic on the Autodromo Piero Taruffi in Italy (March 28-29), Spa-Classic on the Belgian Spa-Francorchamps track (May 22-24), Grand Prix de l’Age d’Or on the Dijon-Prenois track (June 5-8), Monza Historic in Italy (July 10-12), Dix Mille Tours du Castellet on the Paul Ricard track, also in France (October 2-4). Though all of these tracks are world renown, the Spa-Francorchamps is often considered one of the best tracks worldwide, and will be guaranteed to provide an amazing weekend of classic racing.