Rolex has long been involved in underwater exploration, even in the Polar ice.

Rolex has long been involved in the worlds of pioneering and exploration. This is the brand that has gone to the highest heights on the wrists of explorers conquering Mt. Everest more than half a century ago, to the deepest depths of the Marianas Trench in the Pacific Ocean strapped to the Trieste Bathyscaphe, piloted by Jacques Piccard and Don Walsh. Rolex was the first brand to introduce a truly water resistant watch, the Oyster, in 1926, and the brand continues to conquer the seas and defy the elements with its commitment to conserving and protecting our oceans and marine life.

In fact, Rolex partners with scientists, explorers and institutions that are dedicated to discovering and protecting our planet. This concept began with the brand’s owner and founder Hans Wilsdorf who, in 1927,  equipped Mercedes Gleitze with an Oyster waterproof  watch when she swam the English Channel. When she emerged more than 10 hours later, the watch was still working perfectly. That swim was the start of Rolex’s long association with athletes, explorers and the water. 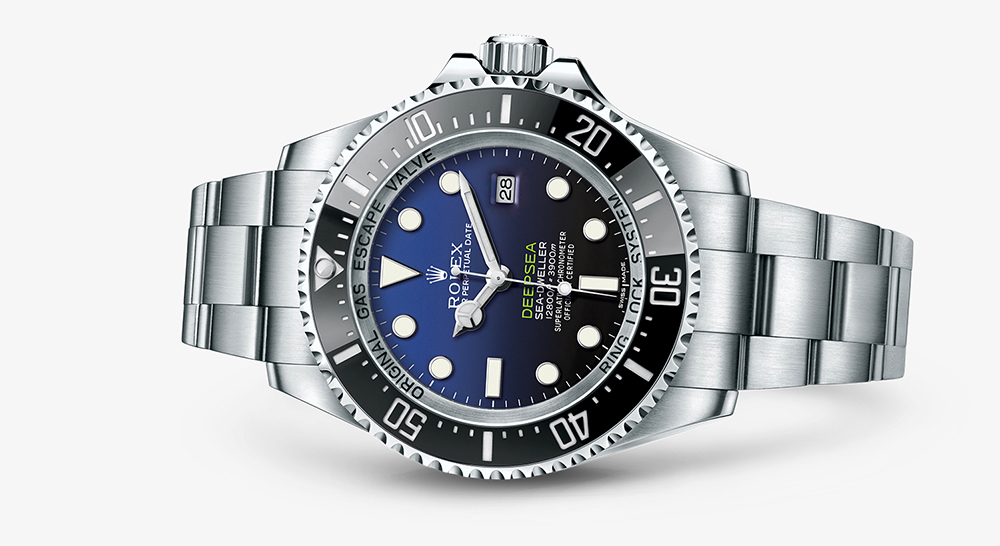 One of the important partnerships Rolex has established over the years is with National Geographic. Together, the two organizations are committed to raising awareness about our planet’s challenges. “The association aims to help reveal Earth’s marvels, to inspire generations to explore and seek solutions that will ensure a bright future. The focus of the partnership will be on three critical attributes of our planet: the oceans, the poles, and the mountains.”

Rolex also has a strong line up of Rolex Testimonies that work in exploration, science and research fields to better understand the oceans. One of the top among them is Sylvia Earle, an internationally renowned marine biologist and National Geographic Society Explorer-in-Residence. An ambassador for the brand since 1982,  Dr Sylvia Earle has more than 50 years of underwater exploration behind her, and has led numerous oceanographic expeditions researching marine ecosystems and more. She founded Mission Blue, an organization dedicated to gaining global support for Hope Spots — marine protected areas (estimated to cover 20 % of the world’s oceans by 2020) that are regarded as vital to the health of our oceans. 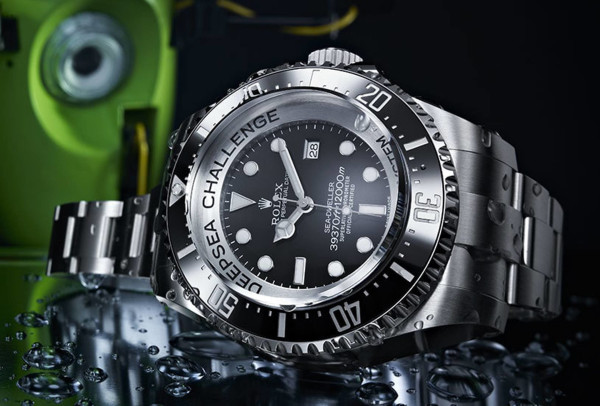 Similarly, James Cameron — the director of Titanic and Avatar — turned to mean exploration as an offshoot of filming the Titanic. During that movie, Cameron became enthralled with the ocean’s secrets and decided to pursue a career in ocean exploration. He  is the only individual ever to complete the dive to the deepest area in the world’s oceans in a solo vessel, and the first person since 1960 to reach the bottom of the Mariana Trench. According to Rolex, “Cameron’s passion for engineering and fascination with the ocean led him to launch the DEEPSEA CHALLENGE expedition, in collaboration with Rolex and National Geographic. On this expedition, Cameron – a National Geographic Society Explorer-in-Residence – descended 10,908 metres (35,787 feet) to reach the Challenger Deep in the Mariana Trench, in his specially designed submersible DEEPSEA CHALLENGER.An experimental watch (fixed to the robotic arm of the submersible), the Rolex Deepsea Challenge, guaranteed waterproof to a depth of 12,000 meters, was exclusively developed and manufactured for the expedition, using decades of unique know-how and technology for divers’ watches. James Cameron also took a 1960 Rolex Deep Sea Special with him in the cockpit, as a tribute to the pioneers of the Trieste that symbolically connected two eras of marine exploration.”

Other key testimonies for the brand include American underwater photographer and marine conservationist, David Doublet, who is one of National Geographic’s top photographers in residence. Additionally, Rolex has had a long-standing relationship with  the Compagnie Maritime d’Expertises (Comex), whose divers wear Rolex Sea-Dweller watches while working at great depths.  Come also specially designed and built a hyperbaric tank for Rolex in Geneva that has a pressure equivalent to a depth of 4,875 metres (16,000 feet), and as of 2016, all Rolex watches are tested in Comex tanks.

Rolex also supports a host of underwater organizations, including  Our World-Underwater Scholarship Society,   DAN (Divers Alert Network®),  Monaco Blue Initiative and The Explorers Club (USA), whose members have been responsible for many firsts: First to the North Pole, first to the South Pole, first to the summit of Mount Everest, first to the deepest point in the ocean. Indeed, the list goes on and on. Suffice it to say that Rolex is one of the premiere watch brands dedicated to studying and preserving our oceans and their future.