Why The New Omega Speedmaster Chronoscope Is Destined For Greatness 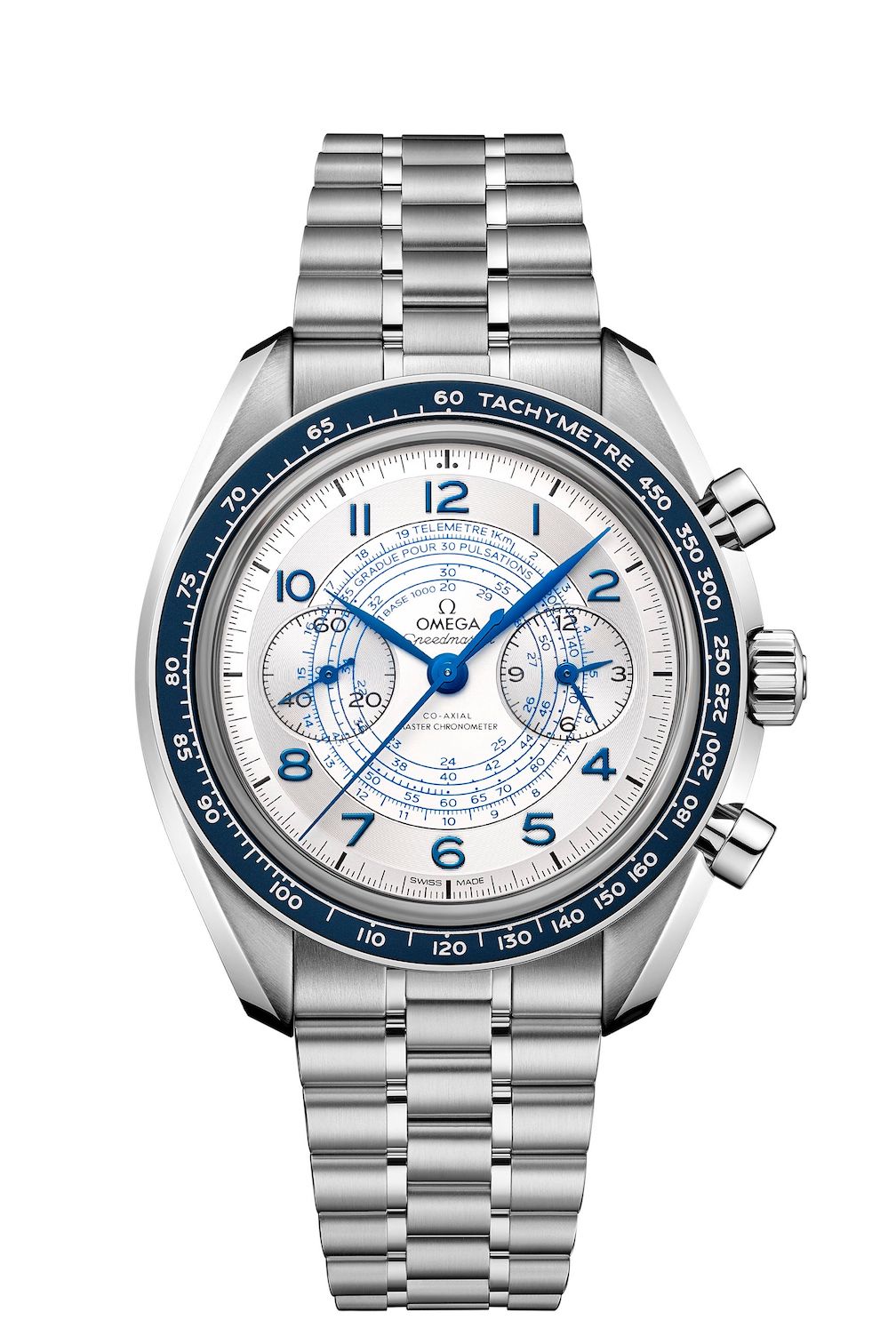 Anyone who knows me knows that I love a great Omega chronograph. I even own one or two. We are all well aware of the brand’s incredible history with chronographs, timing of sports events like the Olympics, being involved in the space program and honored with the Snoopy Award, but now, the new Chronoscope brings the watch lovers, especially those who fall for vintage-inspired pieces, a great new option. The 43mm Chronoscope boasts captivating dials with three timing scales, including a tachymeter to measure speed, a telemeter to measure distances and a pulsometer to measure heartbeats. Additionally, it boasts a chronograph for measuring intervals of time for events. 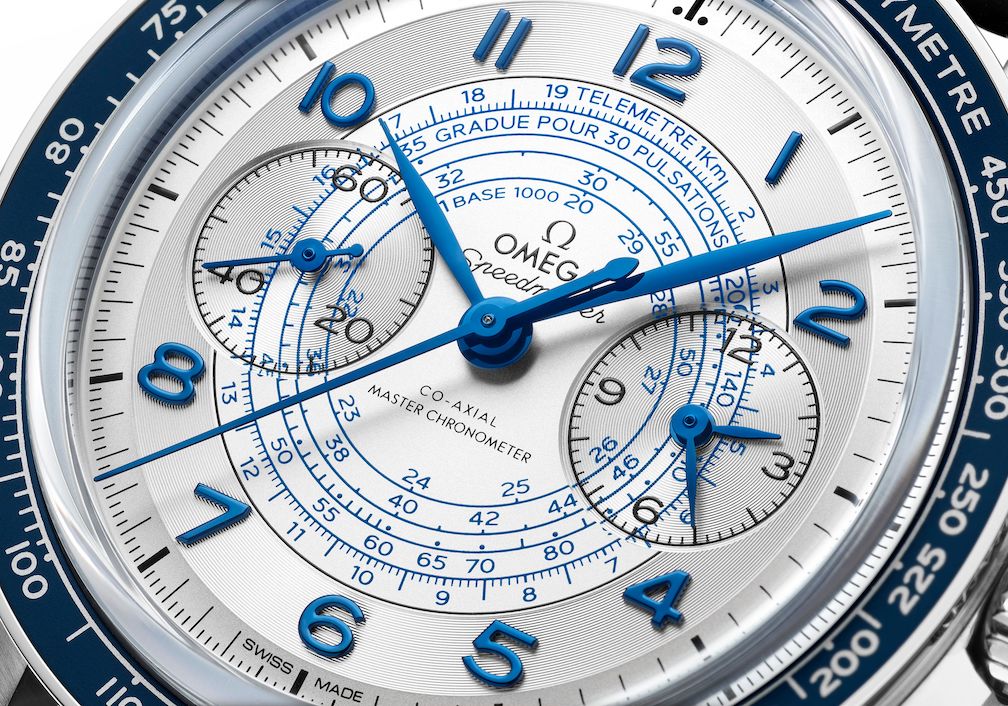 A closeup look at the dial of the silver and blue Omega Chronoscope.

Even better, the watch is a Co-Axial Master Chronometer chronograph. It’s an awful lot of function built into a single watch. Each watch is powered by the co-axial hand-wound Caliber 9908, made in house by Omega. (This movement is a redesigned version of the brand’s Caliber 9900 that is an automatic movement.)  The new hand-wound Caliber 9908 is beautifully finished with portions visible via the transparent sapphire crystal case back. For the first time ever, Omega uses Geneva waves in arabesque for the bridge starting at the balance wheel instead of the center of the movement. It is equipped with two barrels both with Diamond-Like-Carbon coating to reduce friction. 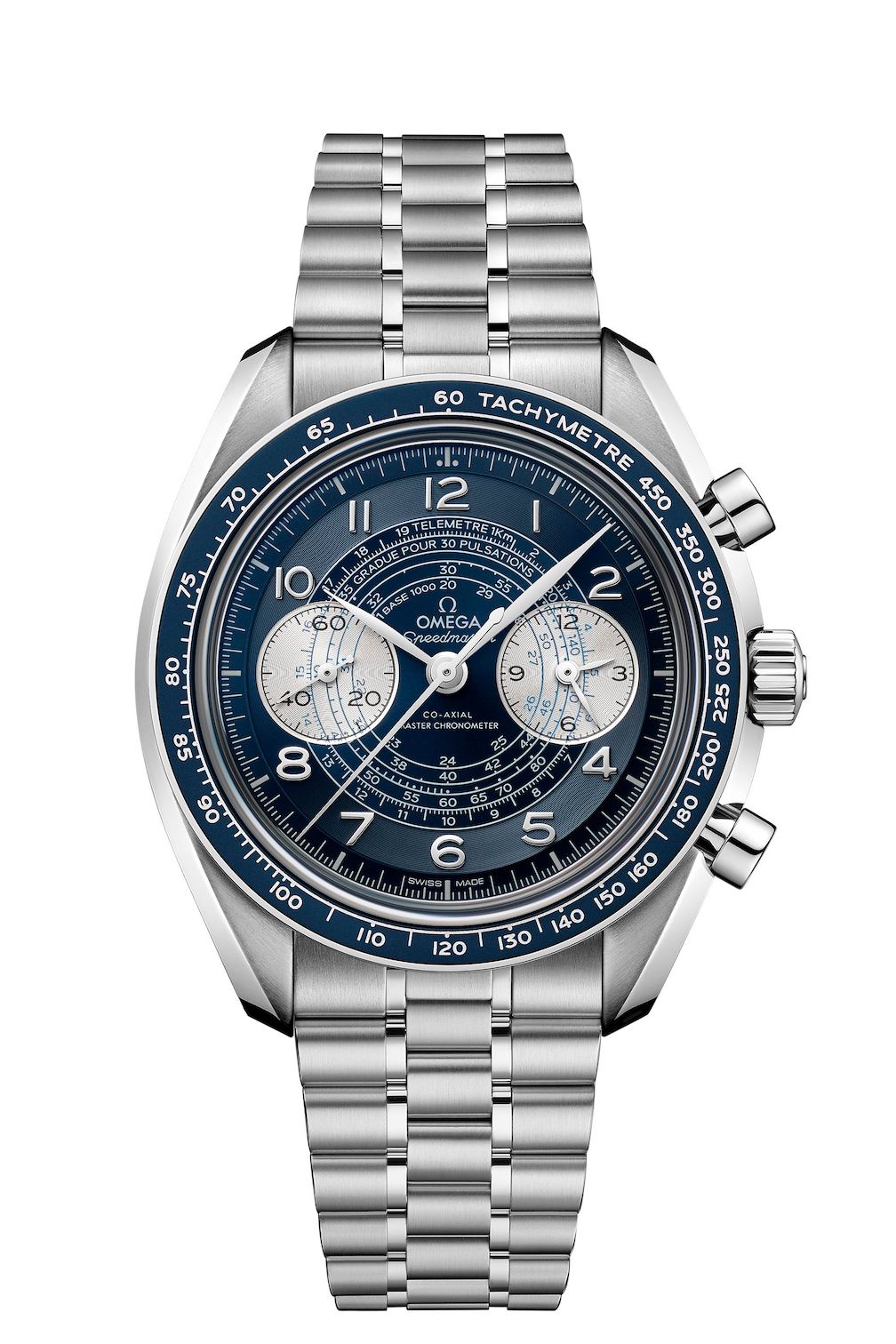 The new Omega Chronoscope certified chronometer watches are inspired by a 1940’s timepiece.

While this is a powerhouse movement, the look of the watch is also killer. A tour around the dial, once you take in the customary tachymeter scale on the bezel (an Omega signature), showcases concentric circular indications for the other indications. From the outside working inward, the first circular scale is the telemetric device used to measure distances based on the speed of sound.  With a simple two-step process, the wearer can tell how far he or she is from something that is visible (like lightning) and audible (like thunder). 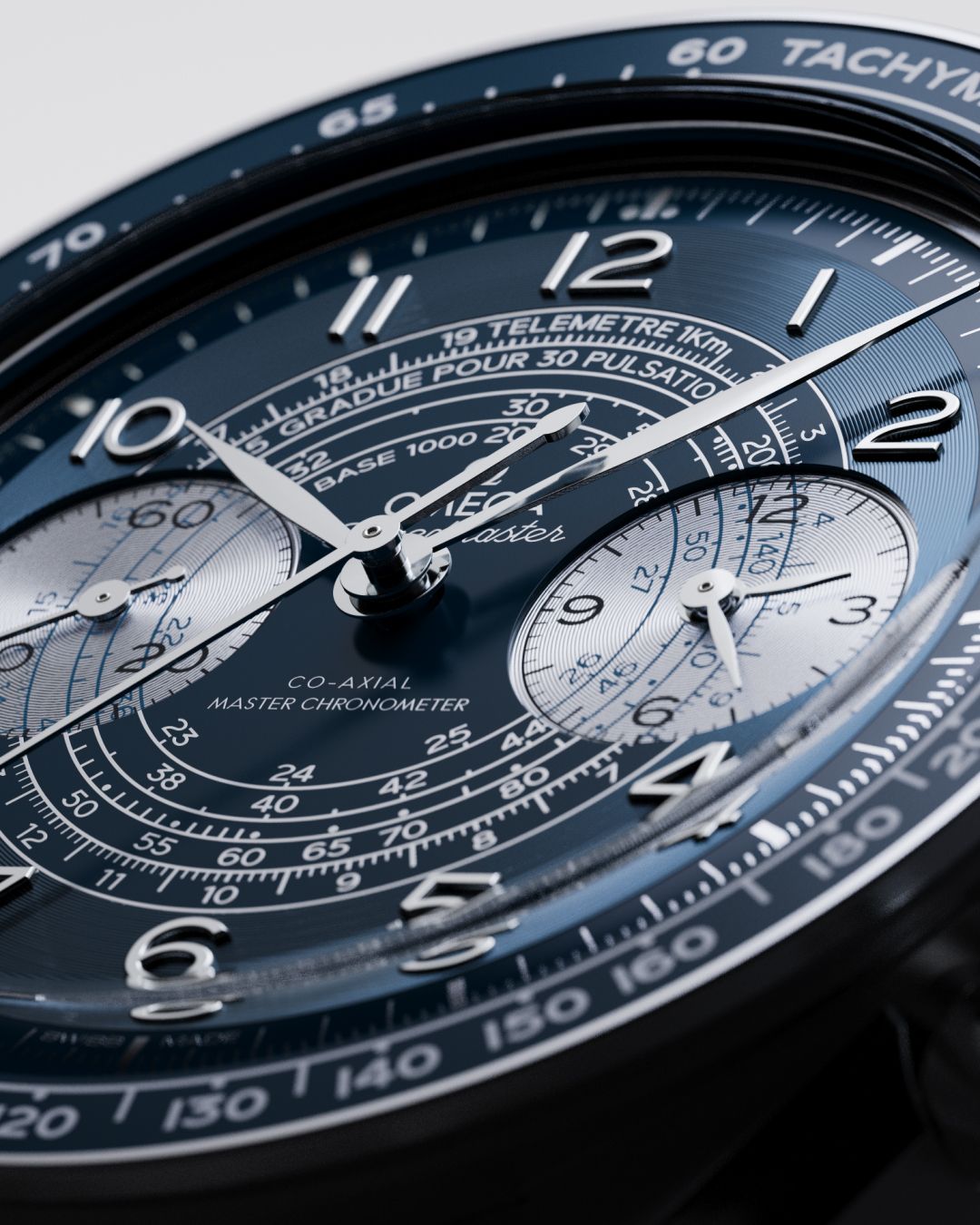 The second, or innermost scale is the pulsometer scale that is used to show the number of pulses per minute up to 30 pulsations. The tracking of pulse requires use of the chronograph and then some further simple calculation is then needed. Across the center of the dial in horizontal format are the chronograph subsidiary dials with a 12-hour totalizer and a running seconds dial. The chronography boasts a central seconds hand tipped in red.

The Chronoscope with its snail design, the spiral indications and leaf-shaped hands, takes its design inspiration from a 1940’s timepiece. The new Chronoscope collection consists of six 43mm models in polished and brushed stainless steel with different colored dials and subdial combinations, including blue and silvered. The steel versions retail for $8,300 on a leather strap or for $8,650. 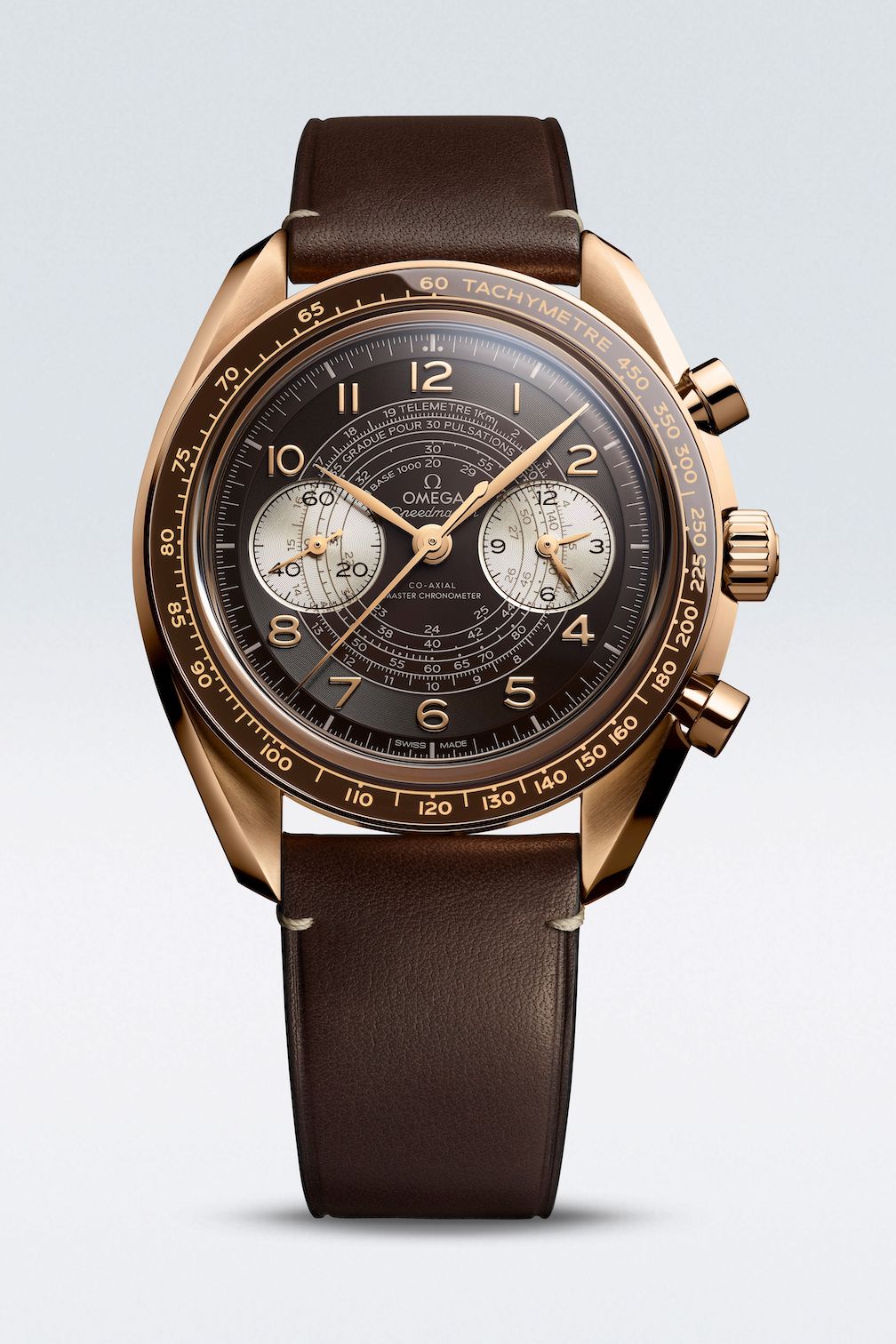 There is also a seventh version crafted in  Bronze Gold – a metal proprietary to the brand that consists of 37.5 percent gold, along with silver and palladium. This model, with black and brown dial and accent combination, retails for $14,100. 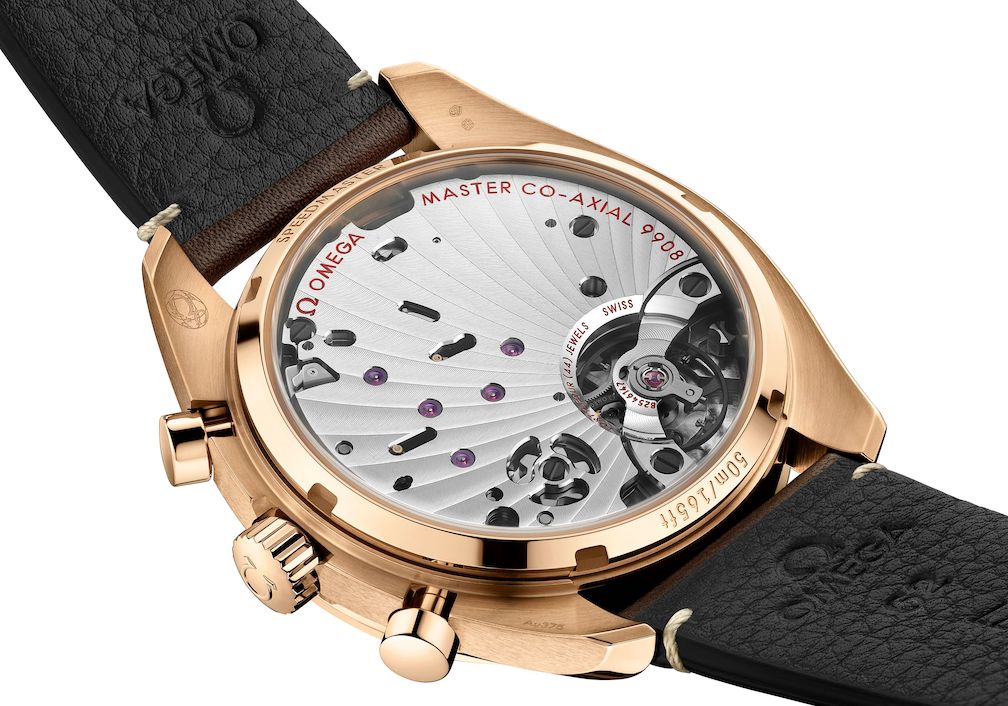 The case back of the Omega Chronoscope is transparent to allow for viewing of the finely finished manual wind movement.