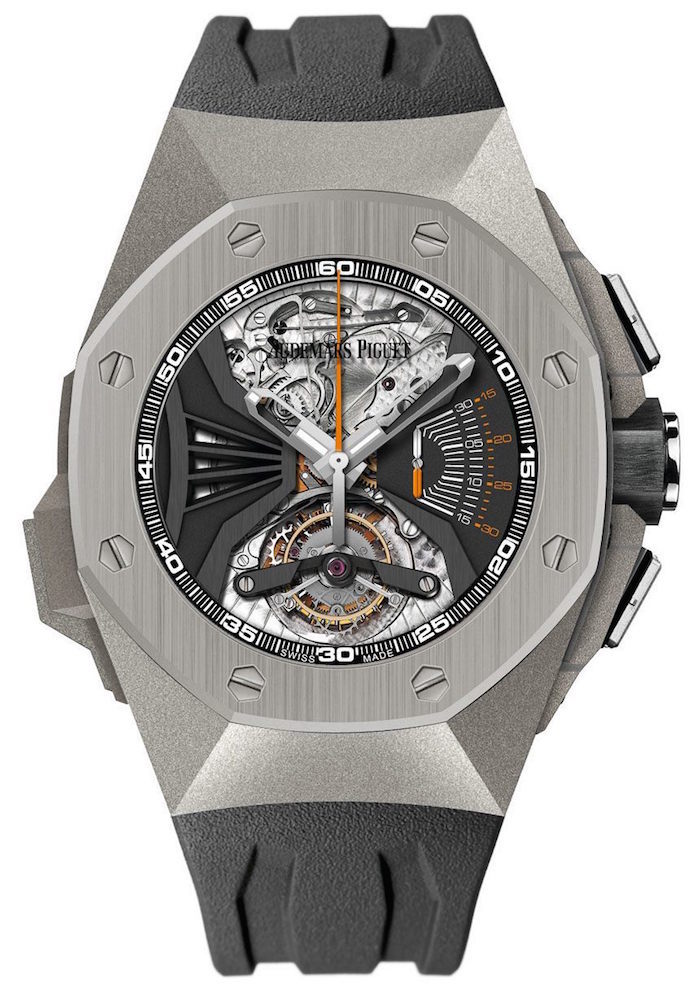 With the soon-to-be officially released 2015 concept watch by Audemars Piguet – the notion of sound in a wristwatch booms. And while the sound of the new Royal Oak Acoustic Research- Episode 1 Concept watch may not be roaring or thunderous, it can be heard by someone other than the wearer and those leaning their ears in close to the watch in hushed room.

The accomplishment of bringing the sound of a chiming watch to truly audible levels has long been awaited by watch lovers. While some might claim that having the repeating chimes in soft tones gives the watch a sort of “my secret” glow, others argue that the feat is so exceptional others should be able to hear it.

The very high-tech/high-mech looking Royal Oak Acoustic Concept watch is an exceptional feat of engineering and wristwatch sound development. With three patents pending, the watch achieves high-definition sound that has been sonically developed in Audemars Piguet’s acoustic research lab and in collaboration with the École Polytechnique Fe’de’rale De Lausanne (EPFL). For those unfamiliar with EPFL, it is one of the leading science and engineering Institutes in Switzerland. This past year alone, much of the research done at EPFL made headlines (including work on Multiple Sclerosis, Type 1 Diabetes, robotic arms and more). 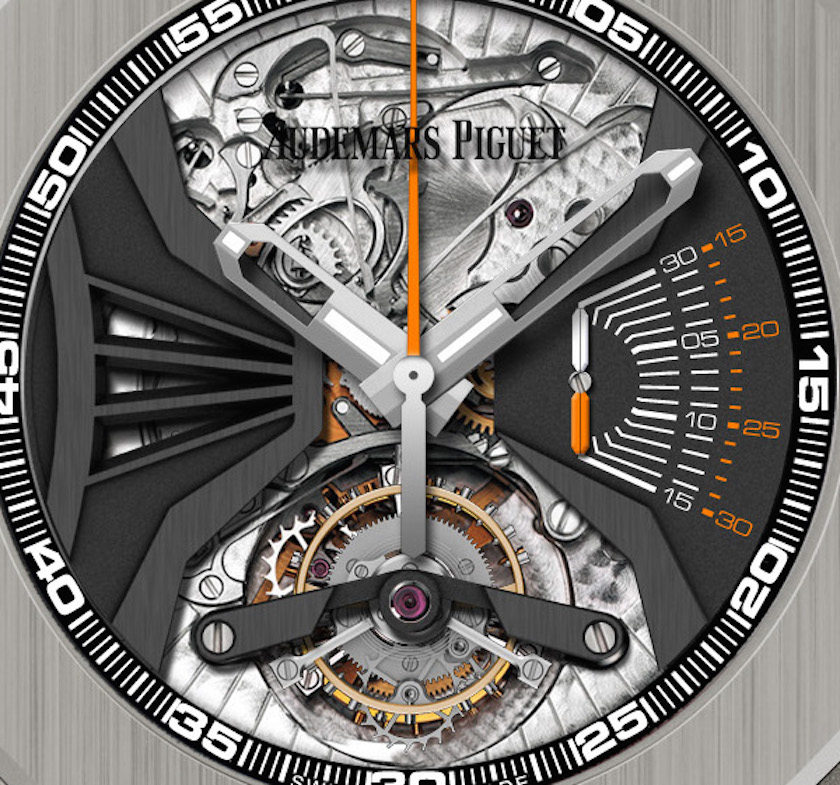 In the case of Audemars Piguet, the research revolved around achieving highly audible sound within the tiny space of a wristwatch. The result of five years of investigation and study yields a sound and volume level never before achieved in the watch industry. However, it then took three years to fold the technology into a chiming timepiece.

Essentially, through the sound program, scientifically defined sonic targets have been developed for watchmakers so they can measure the “perfect” minute repeater sound at higher volumes than ever heard in a wristwatch. Audemars Piguet worked in tandem not only with engineers and scientists, but also with stringed-instrument makers to accomplish this expressive milestone. Additionally, Audemars Piguet has conquered the concept of sound muffling under water, and has made the watch water resistant to 20 meters. In short, thanks to the tone, pitch and volume of the sound in this revolutionary concept watch, someone other than just the wearer can now hear the chimes.

The prototype will be revealed at SIHH later this month. It is a 44mm titanium cased watch with titanium bezel and pushpiece guards. The watch offers hours and minutes, column-wheel chronograph with central sweep-seconds hand and 30-minute counter, and – of course – minute repeater. The hand wound Manufacture movement also features a tourbillon escapement. A true composition in sound and technology, as well as haute horology.