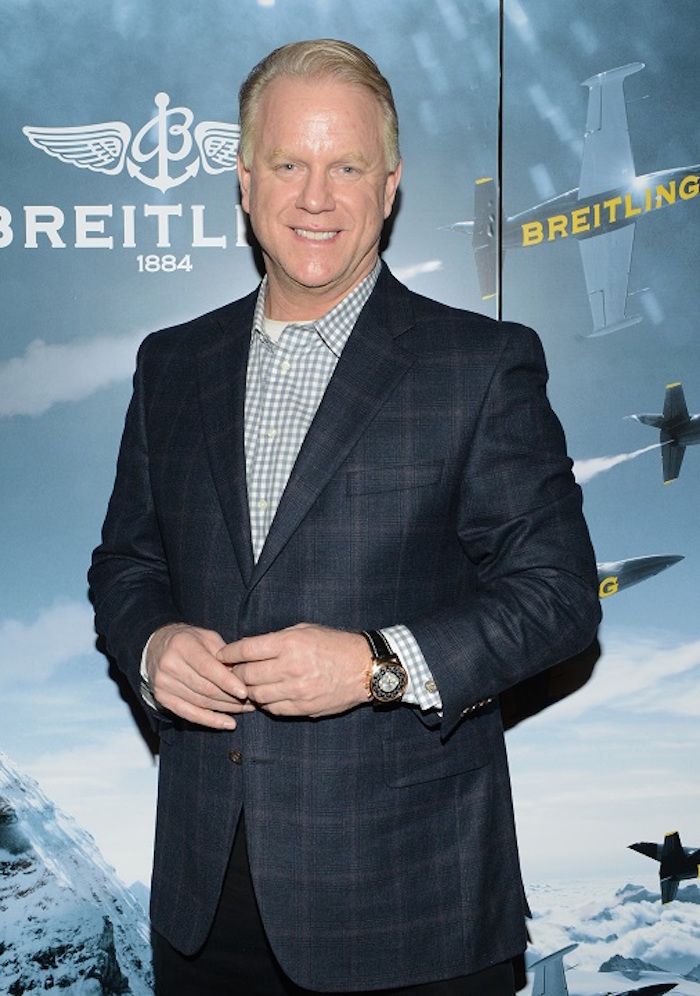 Born Norman Julius Esiason, the retired American football quarterback known to he world as Boomer, is a life-long Long Islander. Nicknamed by his mother before he was even born because of the big kicks he would give her from inside the womb, Boomer’s moniker stuck.  Boomer was a multi-sport talent in high school and later played professional football from the Cincinnati Bengals, the New York Jets and Arizona Cardinals.

Today, he wears many hats, ranging from newscaster to Breitling brand ambassador, to founder and staunch supporter of the Boomer Esiason Foundation to support money to find a cure for cystic fibrosis. While his son Gunnar was diagnosed with cystic fibrosis just about 21 years ago, Esiason – ironically – had already been a supporter of finding the cure for the disease.

“I was being honored at a dinner in 1989 and did not know there was a charity component to the dinner. Frank Deford spoke about how he lost his daughter at the age of 8 to cystic fibrosis. I had never even heard of the disease, but I was so moved by his speech. I went up to him afterward and told him I wanted to help. He asked me to be the face behind the cause when I returned to Cincinnati after the dinner, and I did,” says Boomer with obvious emotion.

It wasn’t until yeas later, in 1993 that his son was diagnosed with cystic fibrosis. “I made two calls after the doctor told us. The first was to my father who was a veteran and after a few moments of silence he said to me, ‘son, you’ve got one more thing on your plate to be responsible for now, but you can do it.’ My dad was always encouraging ever since I was little and my mother died when I was 7,” says Boomer. “The second call I made was to Deford. At first he was quiet, then he said, ‘For some reason, Gunnar was chosen. We need an important person to go out and fully support funding for the cure of Cystic Fibrosis and you are it.” 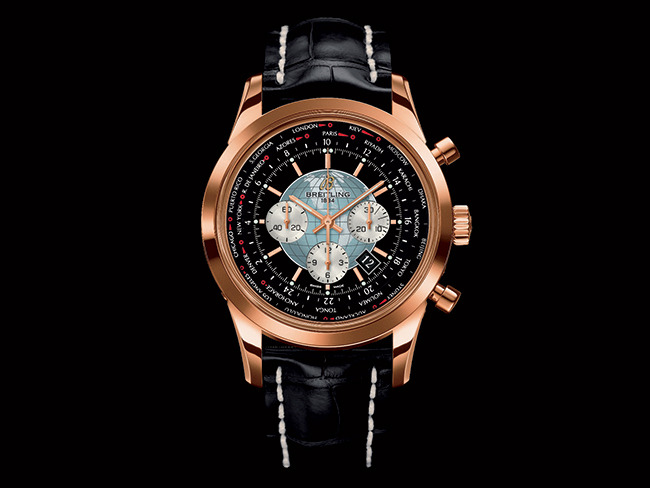 That was when the Foundation was established. “You need to put a face behind the cause when you are trying to raise money. This is what sells the hope. When my son was younger, I flew coast to coast all the time trying to raise money. I leverage every one of my jobs to raise awareness. This is a true responsibility,” says Esiason, who notes that in the past months his son has been on a recently released drug that seems to be helping. “After investing millions into research, to find something that is finally dealing with the root of the problem is going to have a profound effect. Finally you feel like everything you’ve done has rally been worth it.”

Boomer has gotten his various sponsors involved in the cause, as well. In fact, Breitling – for whom he is a brand ambassador – has been with him in these efforts for 20 years. Boomer gives the credit to long-time USA president Marie Bodman (now retired), who recognized the cause and got involved. “Over the past 20 years, Breitling has been our longest standing supporter and partner. They recognized that as the dad of a cystic Fibrosis child, I am doing everything I can. I put my money where my mouth is and I hold my credibility right there next to it. Having a brand like Breitling on board is wonderful.”

It doesn’t hurt, either, that Boomer is a watch lover – especially of Breitling. “I wore a watch in my younger days, a mainstream watch. Then, in 1985, I bought a Breitling. Between 1985 and 2014, I have probably acquired close to about 30 Breitling watches.” While he admits that he also wears IWC and Panerai, Boomer says that he is truly taken by the design and precision of the Breitling movements and watches. “I obsess about timepieces. I know some people also obsess over cars, but for me it is watches. They are a keepsake and I m fascinated by their intricacy and their making. I have a real appreciation for them and, with Breitling, I think of them as a thing of beauty. I can’t wait until the next one comes out.”

Naturally, with time being limited, and yet important to Boomer, we asked him what the longest moment of his life was. Of course, first and foremost was hearing the diagnosis of his son.  However, when we pressed him about his foot ball career, he said, “Well, in sports, it was when I participated in Superbowl 23 –playing the San Francisco 49ers. Joe Montana and his team got the ball with 3 minutes and 30 seconds left to go in the game and we were leading by 3 points. That 3minutes and 30 seconds felt like it lasted three days. They were making some good plays and knowing we were so close to doing something nobody at the beginning of the 1988 season thought we would accomplish — going to and winning the Super bowl — those minutes felt like a lifetime.” (A shortened version of this article originally appeared in Hamptons Magazine.)