What Bremont’s New MBII Configurator Can Do For You 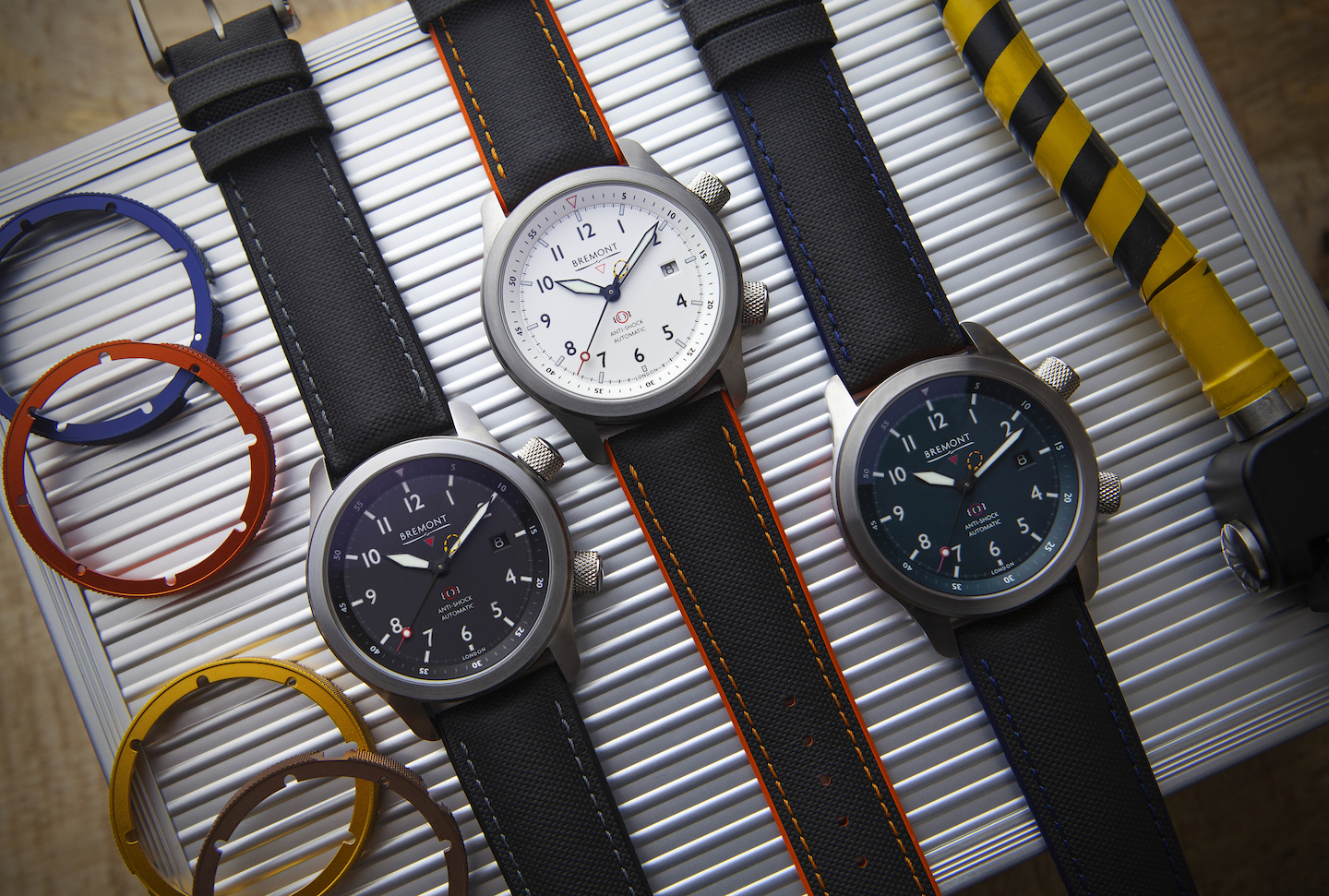 The configurator.  One of the first brands to offer this concept was Armin Strom — and that was several years ago. Initially, some buyers were reluctant to go on line and decide on the options they wanted in their newest watch, but that has begun to change. As such, a few more brands are joining the Configurator bandwagon — and even upping the game. British brand Bremont is an early pioneer here, as well, offering a new configurator for its beloved MBll (MB for Martin Baker) collection, which has also just gotten an update. Consumers can now customize their own MBII watch. 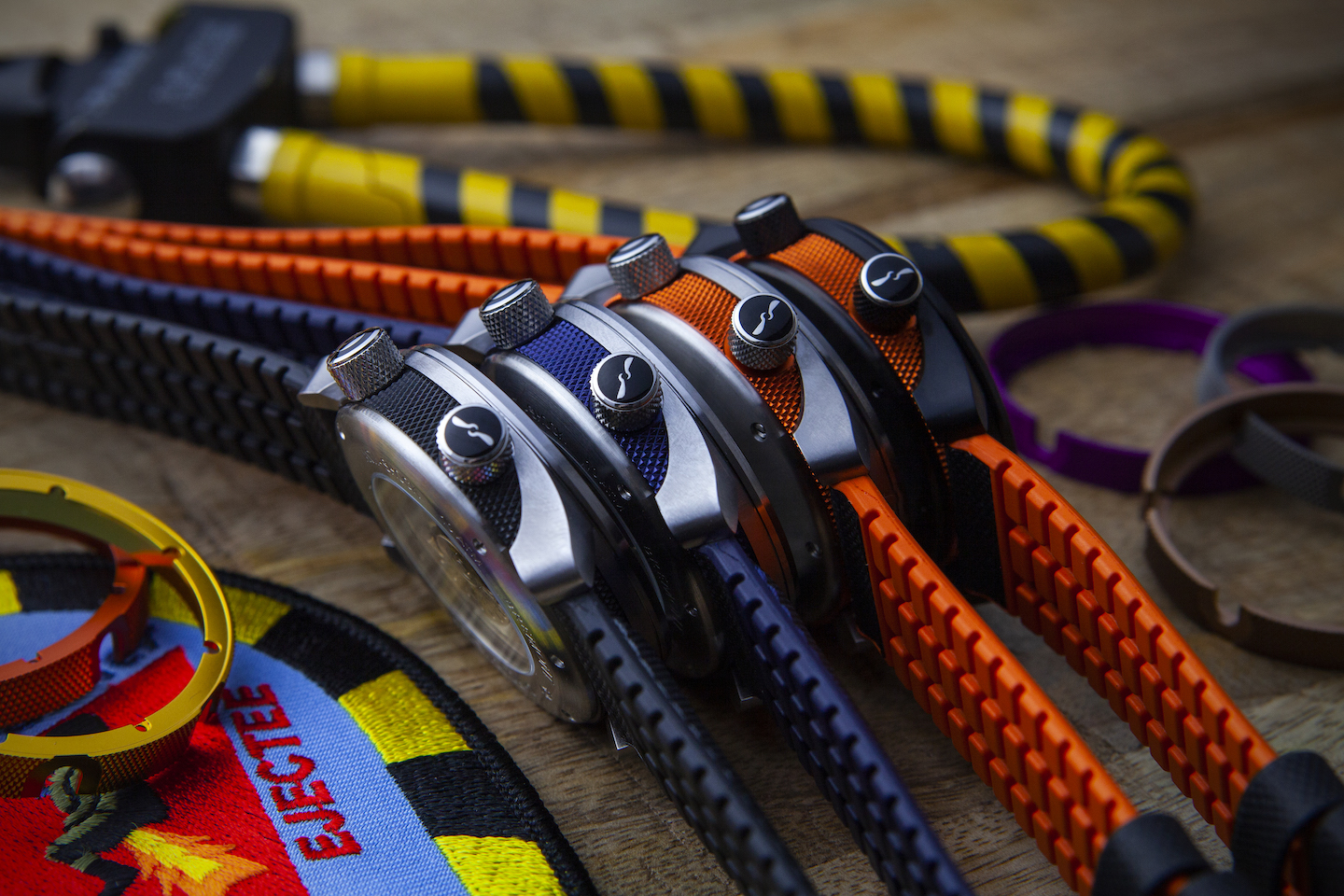 Bremont offers a variety of barrel colors and straps on the MBII configurator.

The MBII is named for the collaboration between Bremont and British aviation brand Martin Baker, which produces the majority of the world’s ejection seats. I have had the privilege of touring the Martin Baker facilities and interviewing Andrew Martin — and i can honestly say it is an intriguing and enlightening look behind the scenes of technology so precise that it has to save lives.  To date, the Martin Baker ejections seats have saved more than 7,600 lives — a number that is regularly tallied by the brand and posted on the walls in the workshops. According to Andrew Martin, he wanted a watch that could withstand being ejected from one of his brand’s seats, and approached Bremont in 2007.  Bremont rose to the challenge and went straight to work on research and design of a special case that could enable the watch to withstand the rigorous testing. The MB1 was created two years later  — and the watch is only available to people who have ejected from an airplane on a Martin Baker ejection seat. 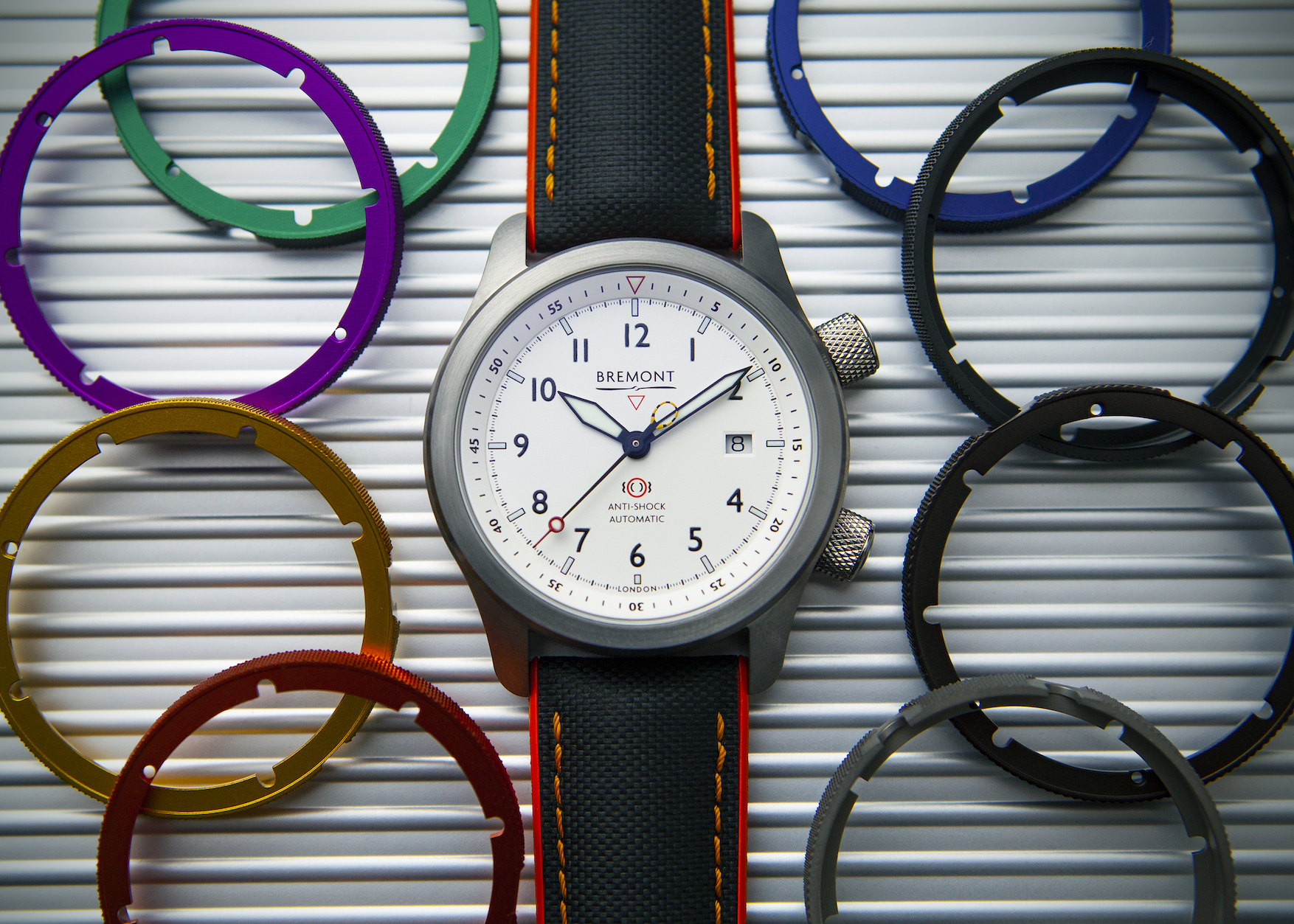 There are 1,000 different possibilities on the Bremont MBII Configurator

For all of the other aviation lovers in the world, Bremont has created the MBII and MBIII lines, which it continues to evolve. According to Andrew Martin, “The Martin-Baker ejection seat design has evolved over the decades from the Mk.1 seat in 1946 to our latest Mk.18 seat in 2020. Each new version of seat builds on the legacy of the last by adopting the latest technology as well as utilising advanced materials, combined with new testing and manufacturing processes. I am incredibly proud to see that the Bremont MB has followed a similar process. The latest version of the Bremont MB mirrors this evolutionary philosophy and I am delighted to see how the new watch has turned out.” 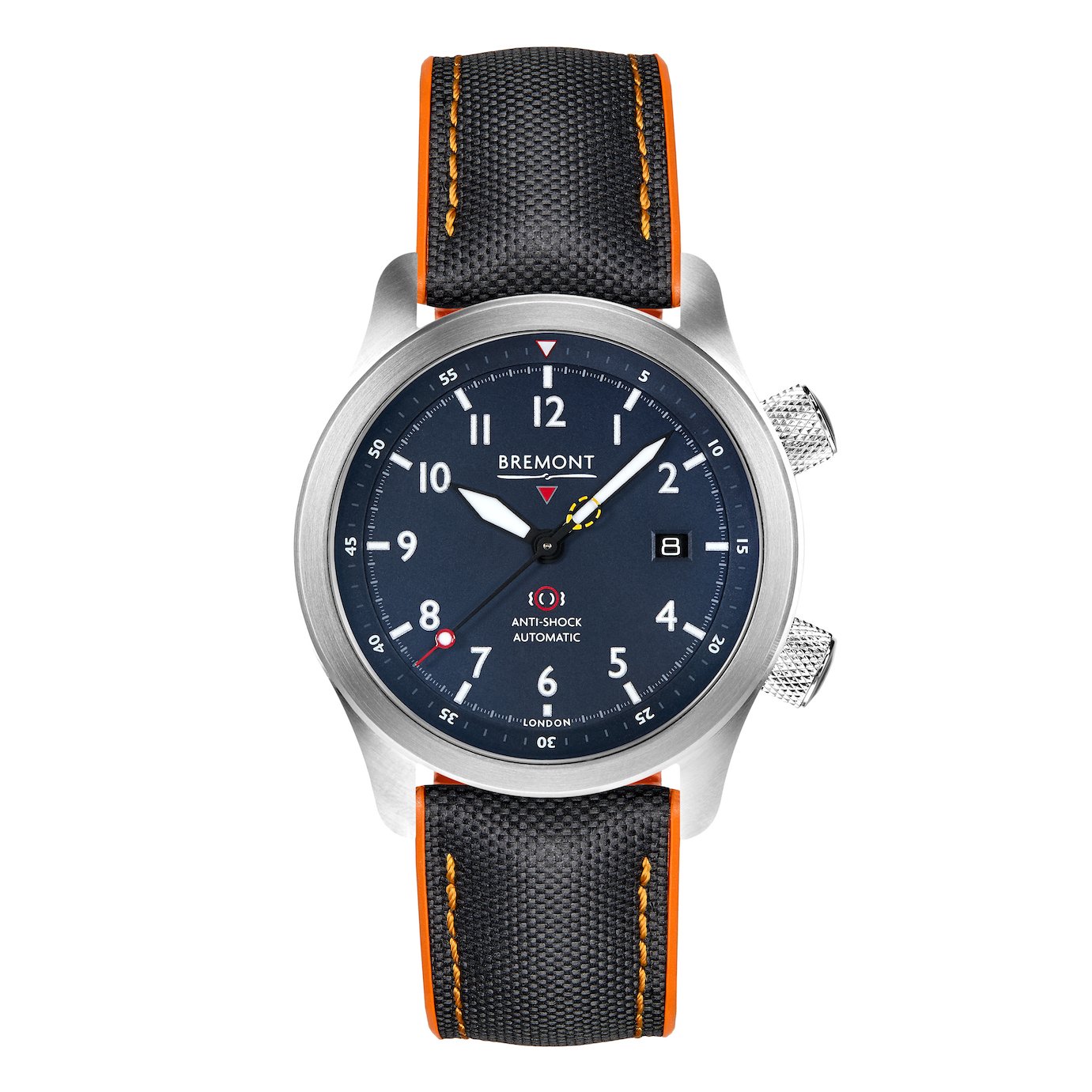 Bremont offers a new blue-dial MBII to the MBII Configurator

Bremont, it should be noted, is a genius at customizing watches and dials — and has contracts with military squadrons all around the world.  With that in mind, and with the demand for the MBII watches, it makes prefect sense for the company to unveil the new MBII Configurator. Online, customers can pick between a refined new white or black MBII dial, or a new blue dial. The refined dials offer bolder hands, contemporary stylized numerals and more. There is also a new case back that features a bronze colored military challenge coin inset into it.  There is also a new movement designed to be more shock resistant. 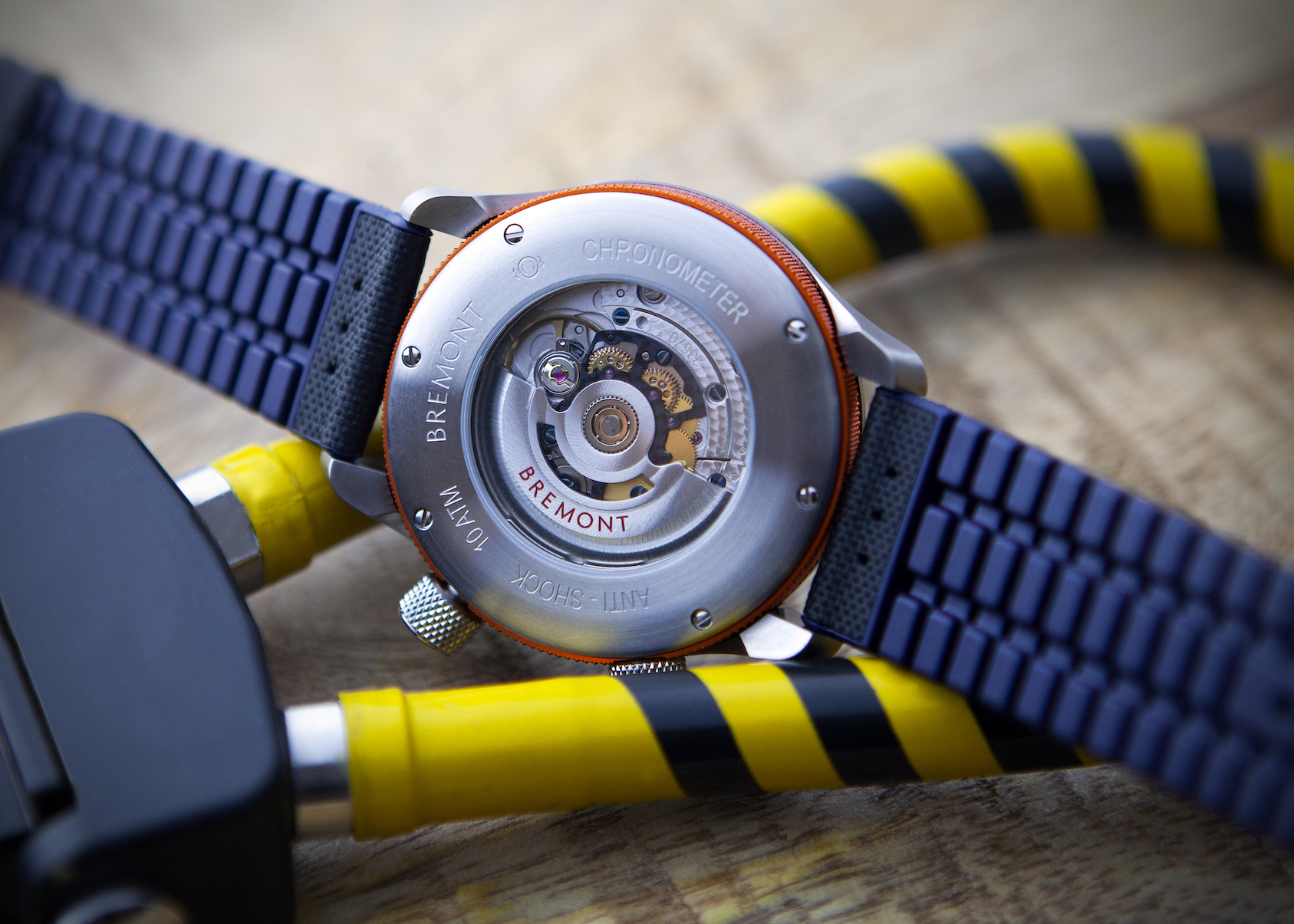 On the Bremont MBII Configurator, there is a choice of a sapphire case back — for the first time in the MBII line.

Each MBII watch features in inset barrel (middle case part), and the color of that ring can also be custom selected from a host of colors ranging from common hues such as blue, green, and red to more unusual colors such as purple, bronze, orange and more.According to Bremont, “A purple barrel was first requested by Officers of Royalty Protection, a colour that has been associated with royalty for centuries. A bronze barrel was requested by pilots of the highly advanced Lockheed Martin F-22 Raptor and pays tribute to the bronze colour of the anti-reflective coating used on the jet’s canopy. The jet-black barrel was first commissioned by the RAF’s 100 Squadron to celebrate their centenary and complement their Hawk T1 Jet aircraft. The 100 Squadron was the first squadron formed for night bombing back in 1917 and its stealthy appearance led to the introduction of this barrel colour, aptly named ‘jet’. Finally, a titanium barrel was requested by pilots of the A-10 Warthog, honouring the titanium armour ‘bathtub’ that protects the pilot in flight. This was the first time Bremont incorporated titanium into any of its designs.” 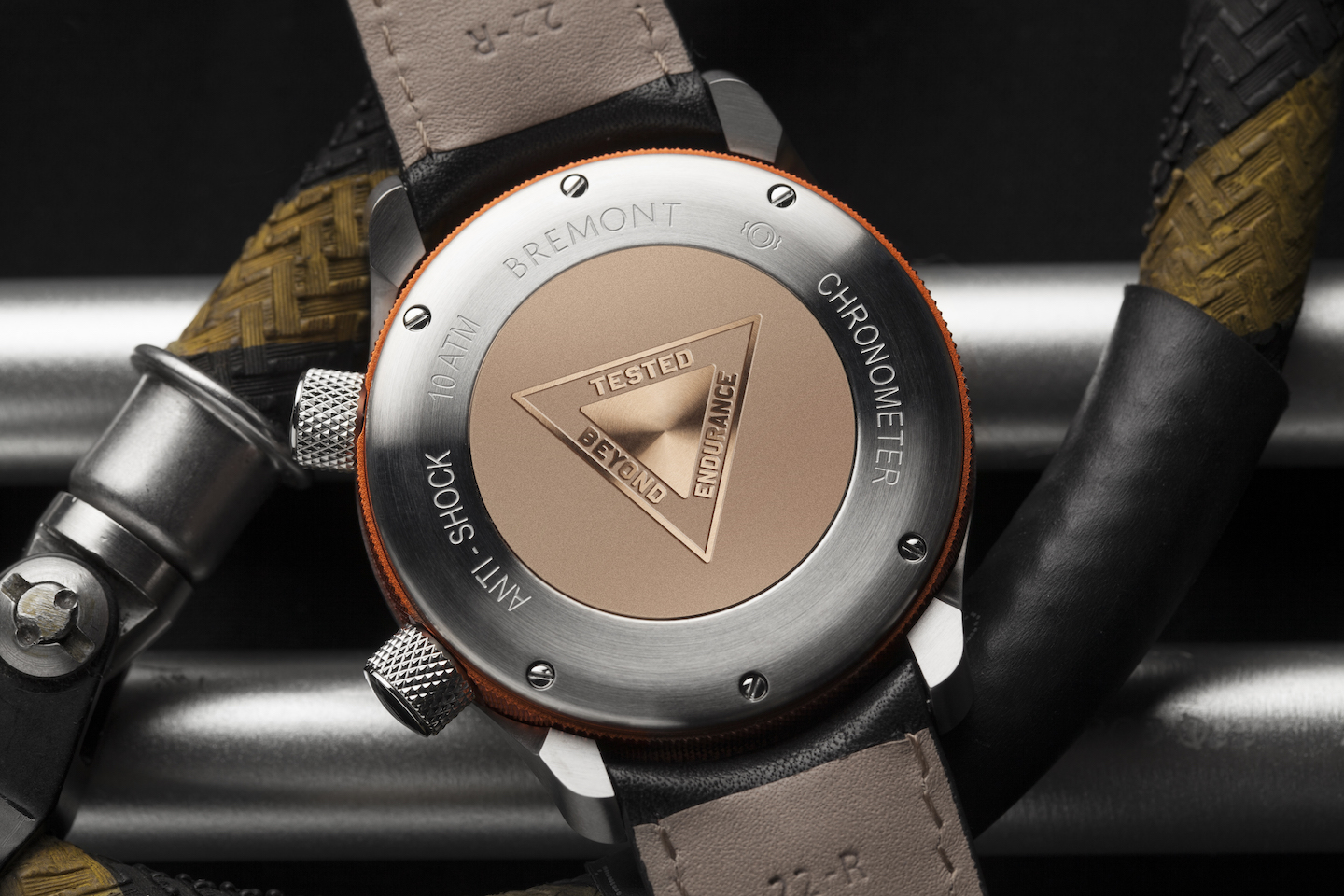 Also on the configurator, there is a vast selection of the brand’s new Chalgrove watch straps, made of high-performance materials that combines rubber and leather and is more moisture resistant. It is named Chalgrove after the Martin-Baker Chalgrove Airfield (in Oxfordshire, England) where all of the pyrotechnics that go into a Martin-Baker ejection seat are manufactured at Chalgrove. The new movement design can be seen through a special open case back version, which marks the first time there is a sapphire case back in the MB collection. 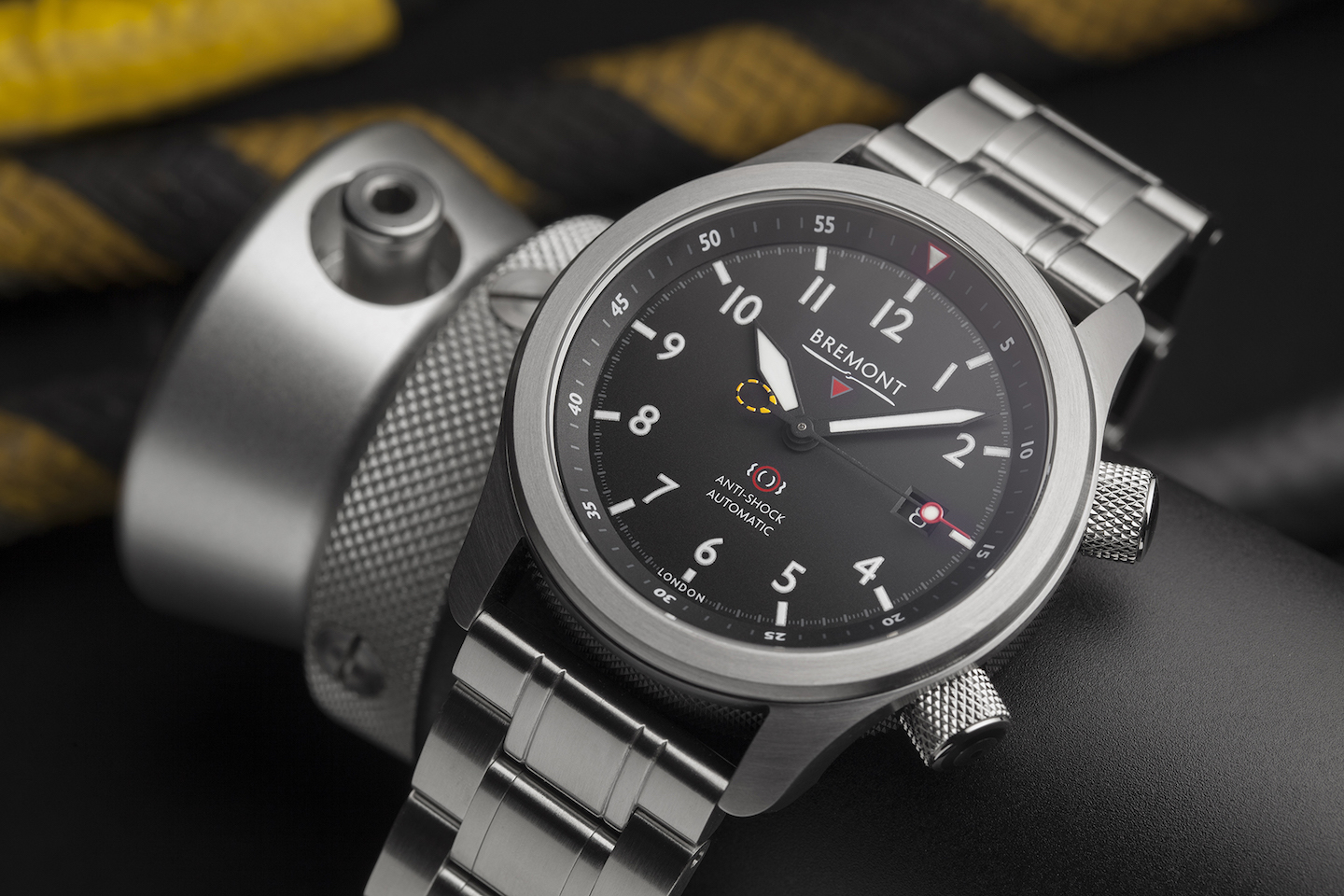 Bremont MBII Configurator also offers a bracelet instead of a strap option.

In total, there will be more than 100 different possible designs when it comes to case and dial options, and more than 1000  possible designs when the barrel colors and straps are factored in. Each customized watch will take between 12 to 14 weeks from order to delivery. Generally, the MBII is a $4,995 timepiece, but that can change depending on the options the consumer wants. For instance a DLC case or an open case back can add a little cost to the watch — but customizing it exactly as you want may well be worth it. 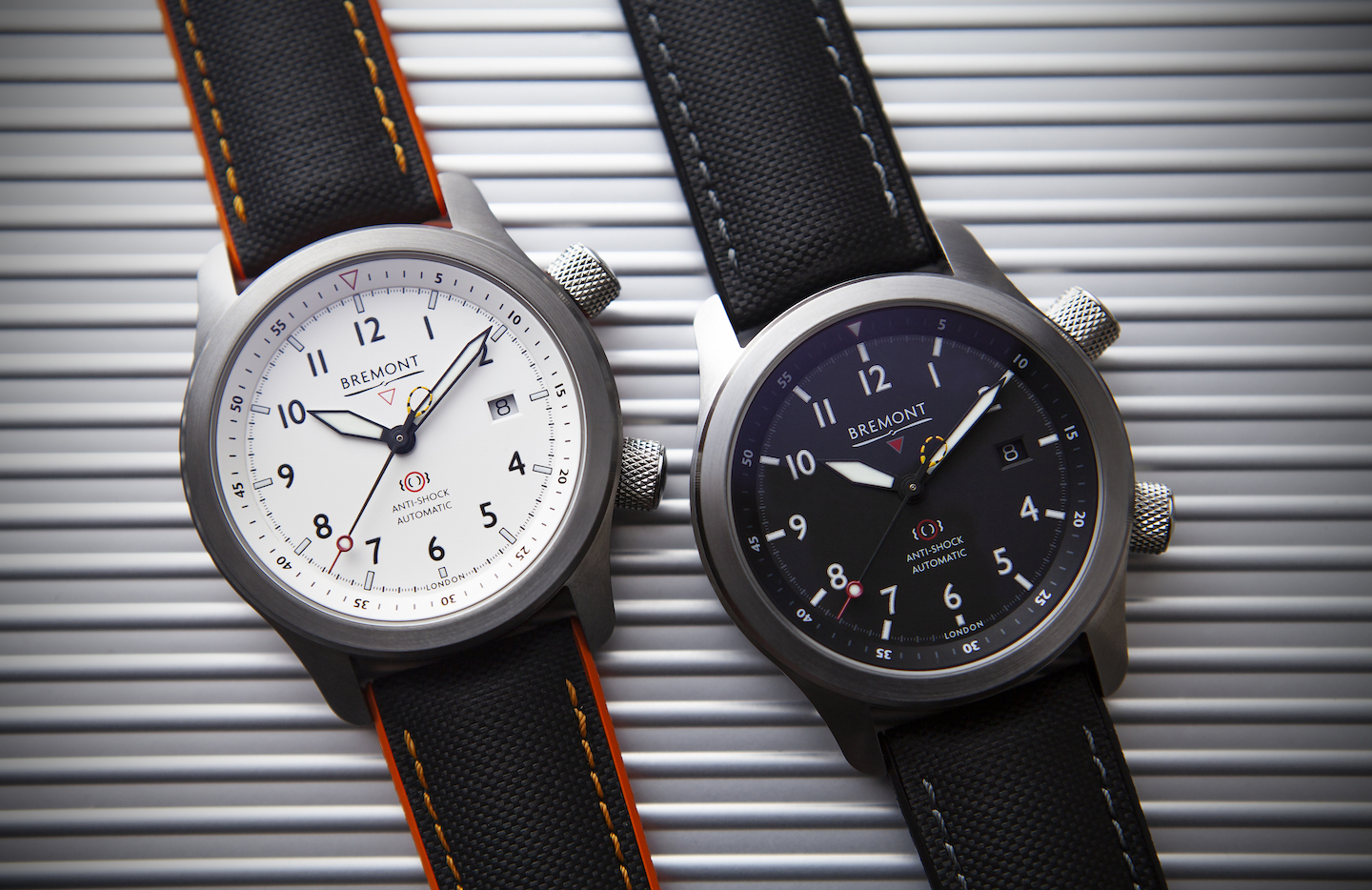 The MBII watch has been refined with sharper, easier to read dials, and an updated movement with additional shock protection.