Watch Education in Napa Valley with A. Lange & Sohne 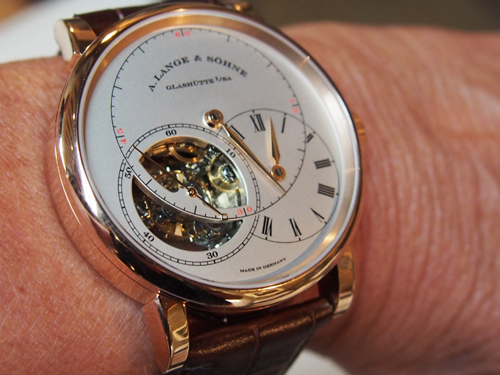 Recently, we   had the distinct privilege of joining A. Lange & Sohne in Napa Valley for the Akademie of watchmaking – wonderful and enlightening experience. To begin with, the event was chocked with watch education and hands-on work on important elements of the luxury watchmaking world. The Akademie, started in 2007, is a watchmaking event wherein A. Lange & Sohne collectors and key journalists come together to experience the 20 year rebirth of the brand and to experiment with watchmaking tasks. The Akademie was conceived of by Joanna Lange, who continues to conduct the events around the world. 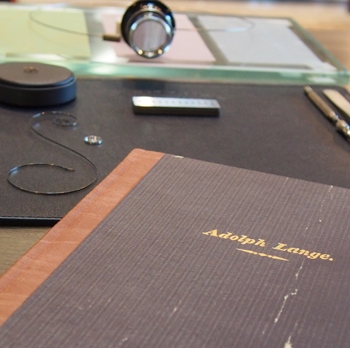 A copy of Adolph Lange’s journal, with our watchmaking tools in the background.

Day One of the event began with some insights about the history of this great German brand, which has roots dating back to 1815 when Ferdinand A. Lange began watchmaking in Glashutte. There are many interesting stories surrounding the brands.  Early on, Adolph Lange spent years traveling Europe and gathering as much information and education as possible on watchmaking – all of which he recorded in a journal. Among the first pieces built when he returned to Germany was a 5-Minute Clock, which graces the Opera House in Saxony and which was the inspiration for the brand’s “outsized date” design in today’s timepieces.  From 1845-1945, Lange built about 1,000 watches per year – all by hand. In the late 1950’s- early 1960’s, when the Berlin Wall was being built, the Lange’s fled to Pforzheim  and smartly took that historical  watchmaking book with them – hiding it under the rug of the car. 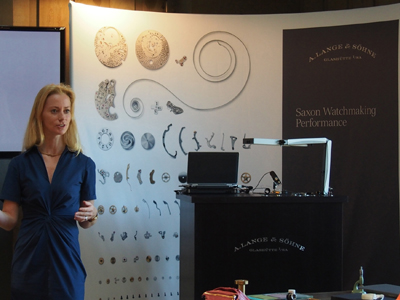 After the reunification of Germany,  in 1989 Walter Lange registered the trademark and embarked on the journey of watchmaking once again. It took four years to build the right calibers and collection to launch the brand officially in 1994. Since then, the brand has grown by leaps and bounds – with an all-new factory in Glashutte, where it is true to its German watchmaking heritage, building timepieces in exclusive numbers with great attention to detail.Following a host of wonderfully insightful stories about the brand and the Lange family – all told by Johanna Lange – we spent the afternoon hands on. 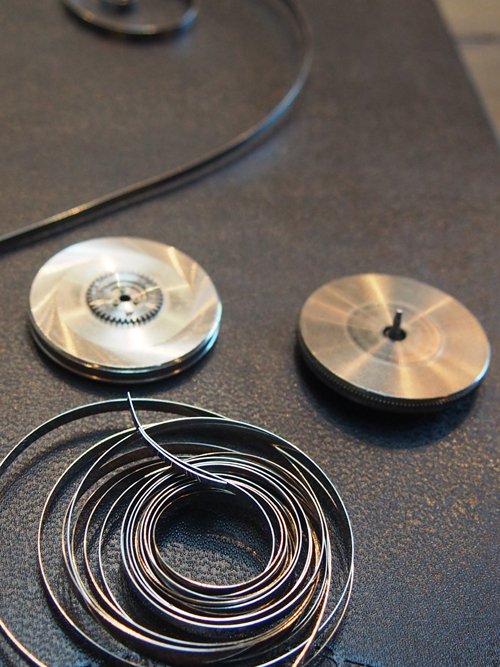 Task one – under the leadership of A. Lange & Sohne’s master engraver – trying to engrave our own untreated German silver balance cock. This mastery of the Art of Craftsmanship was no easy feat. It takes strength, precision, accuracy, style and a lot of patience! We also had the dubious pleasure of dealing in Saxon Watchmaking Performance via diamond-polishing screws and winding a main spring and loading it in the barrel – again, no easy feat. 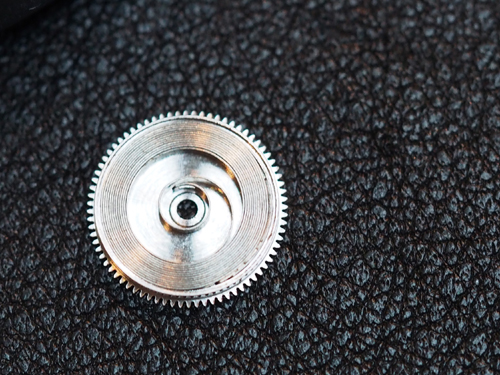 Success! Loaded the mainspring into the barrel.

Persistence here, however, paid off and we completed all tasks – leaving the event with a certification as a “Lange Connoisseur” – a highly acclaimed title. 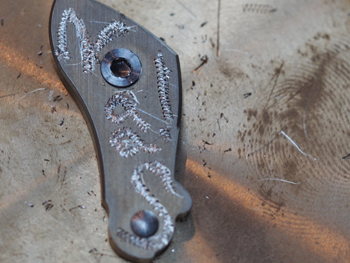 It is a good thing I am a journalist, because engraving is not my forte. I did manage to get my name on this balance cock, along with an exclamation point. Can you see it?

A. Lange & Sohne North American brand president Gaeton Guillosson also provided us students with A. Lange & Sohne timepieces to wear at dinner that night, and treated the group to spectacular food and winery tours. We will cover those ventures in an upcoming weekend sojourn. Stay Tuned.