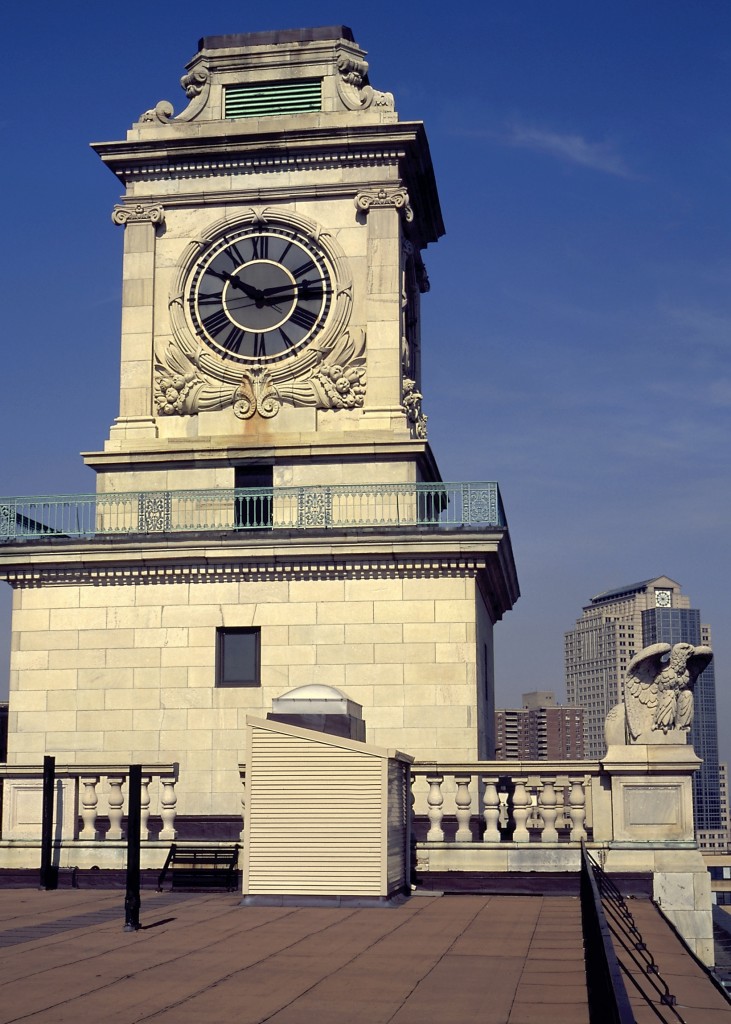 Yesterday, our colleagues over at Hodinkee published a guest editorial about helping to save a landmark clock in New York. You can read that article in full detail at Hodinkee.  Essentially, there is a plan in place to convert the 19th century New York Life Insurance Company’s former headquarters (346 Broadway) in Tribeca into condos. Within the building are several New York City landmark designations, including the rooms in the clock tower and the historic mechanical clock mechanism – built by E. Howard & Co. of Boston. An amazing structure run by more than a ton of weights and a 5,000-pound bell, the clock is a grand representation of American clock craftsmanship. (You really need to read the guest editorial on Hodinkee to find out all the great details of this clock.)

So it seems that the clock tower rooms will be turned into a private apartment as part of the building’s restoration, and the clock will be partially dismantled, as well as rendering it non-visitable. A coalition of preservationists has filed a suit in New York to stop this destruction of a treasured landmark. You can help in this effort in multiple ways, including just liking their Facebook page – here.   (Again, you can read about that lawsuit and how to help on Hodinkee.)

So, while this is an interesting open letter and cry for help – it struck two particular chords with me.

One: How very sad it would be to lose this incredible work of history and art – to make it no longer open to the public, to reframe its very structure and to silent a great ticking giant.   America makes this mistake too often – ripping down history that could stand for centuries to come as part of our heritage and legacy. 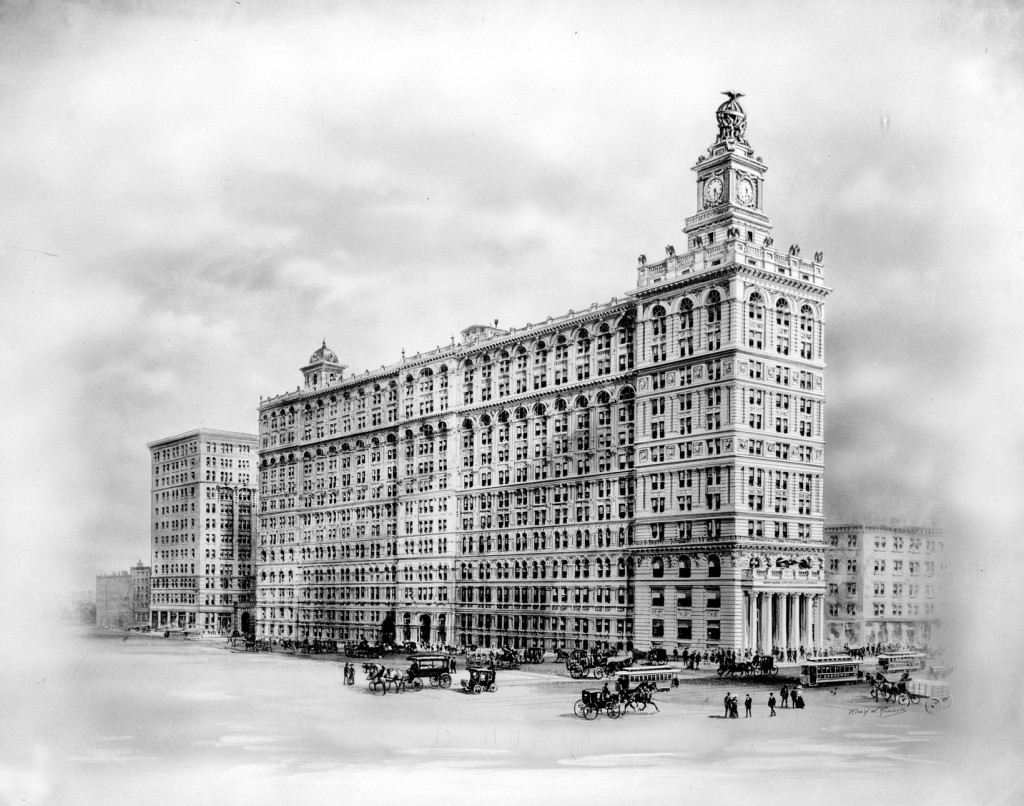 Historic image of the building, provided by Vinit Parmar and Hodinkee.

Two: This reminds me of another such story of sad change that took place in another famous clock tower – though the exact opposite conditions existed.

Many years ago, I had the distinct privilege of being the last-ever journalist to visit the family that lived in the famed clock tower in Venice. The clock and tower were going to be refurbished and restored (there was much that needed to be done to shore up the property and restore the clock). That long and labored restoration was being conducted by Piaget — with all parts of the clock being stored next door in the Doge’s Palace.

I remember ascending the spiral staircase of the tower — and meeting the man who was the clock keeper. He had been born in that clock tower, where his family had lived for several generations — all keepers of the clock. The small tower had multiple rooms – each on a different level, and each served respectively as a tiny family room, a kitchen, a couple of bedrooms. We walked through the tower, and up onto the roof- with the jacquemarts that strike the clock. 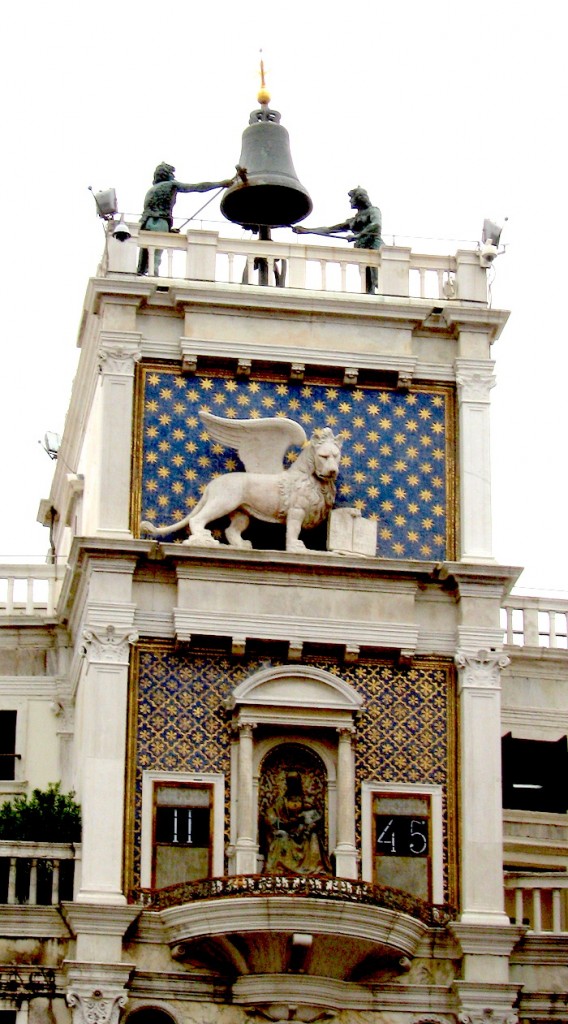 The Clock Tower in Venice (R.Naas)

The keeper explained to me that during the refurbishing of the clock, his family would be relocated to live elsewhere in Venice, as his services were naturally not needed while the clock restoration and re-connecting took place (several years were allotted for this). I didn’t know at the time of my visit that it would be the last time a family of clock keepers would live in the tower.

Sadly, during that restoration time, the city of Venice opted to make the tower a museum. The family did not return. Years later, when I toured the museum, I looked at the stark and empty rooms and remembered them as they had been for a century — filled with furniture and families. While being able to tour the clock tower brought revenue to the city, it was sad — and still is– to lose that heritage, that legacy.

The same is true here, but in reverse. We are robbing Americans by taking a stunning and rare opportunity to view a historical clock in a historical building — and turning it into a private apartment! How terrible and sad is that? It is a true statement of American government’s lack of interest in preserving the past for the future. I, for one, would like to know how to get this message to the courts and how to do more than just like a facebook page. I think history buffs and watch lovers would feel the same. We welcome comments—they can help the coalition of preservationists in this cause.