The Spacecraft Batman watch is powered by a movement created for Romain Jerome by Agenhor.

Batman fans, this one is for you. Meet the new Romain Jerome Spacecraft Batman watch — a sleek rendition of high tech, space age and – well – Batman. Thanks to a partnership between Swiss brand Romain Jerome and Warner Bros. Consumer Products, on behalf of DC Entertainment, the new piece inspired by the Dark Knight comes to fruition in a limited edition run. This next generation watch in the brand’s Batman series features the Caped Crusader’s black and blue colors.

Crafted in black PVD titanium, the trapeze-shaped watch offers stealth appeal that recalls the Bat Mobile, and is meant to be a driver-style watch, with linear digital time readout on the case side. The hour indication is bright blue, while the minute indicator is a blue cursor on a black disk visible on the top of the case. The watch also has a “Horological Icon” logo engraved on it. 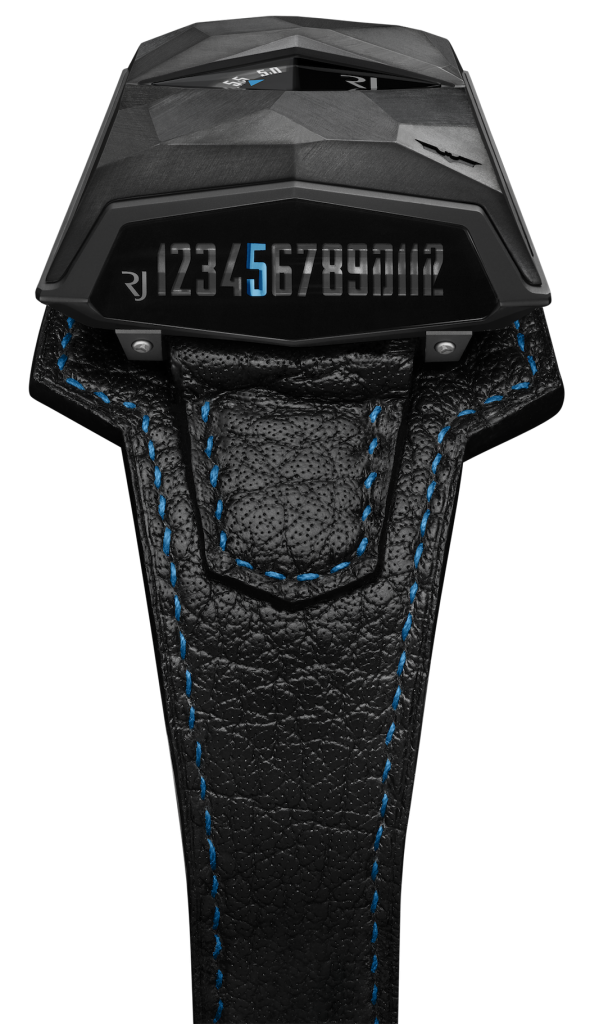 A self-winding mechanical movement that was developed for Romain Jerome by Agenhor – watchmaker Jean Marc Wiederrecht’s company– powers the Spacecraft Batman watch. As such, we know it has to have some special complexities. In fact, the watch offers lateral, linear, jumping and retrograde indications. Just 75 pieces will be made – and they will most likely fly out of stores, as the watches retail for about $32,950.