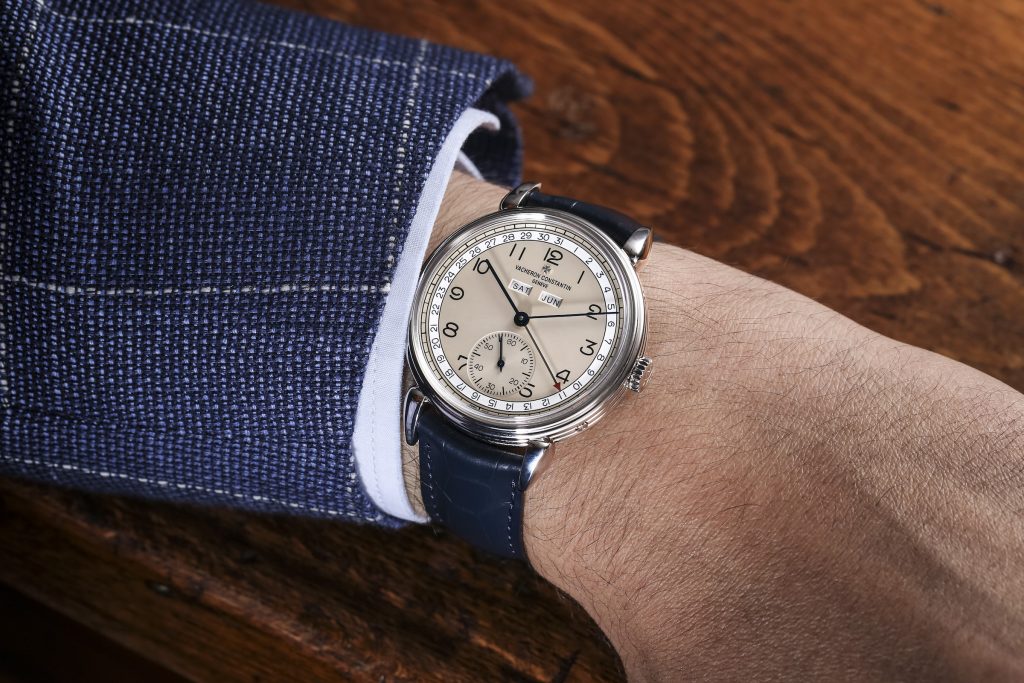 We all love some great vintage inspiration — reinterpreted  and updated — for the wrist. This time, though, Vacheron Constantin has hit the proverbial nail on the head. The all new Historiques Triple Calendar watches inspired by the brand’s legendary pieces from the 1940’s are — almost —  to die for. The unveiling of these watches marks the first time in two years that the brand has released new Historiques watches. This has been driving many collectors crazy as the Historiques collection is easily one of the most coveted by top collectors because of its rich historic character.  Well, fans, you can stop waiting – the new watches are here. However, depending on the one you want, you may have to rush out quickly, because one is a limited edition of just 200 pieces.

For these new watches, Vacheron Constantin also created a new movement, the  Caliber 4400 QC and the Caliber 4400 QCL. The brand also turned to color-coding — offering each watch in a choice of blue or burgundy accents for the calendar functions on the dial (with coordinated color straps) for incredible appeal. 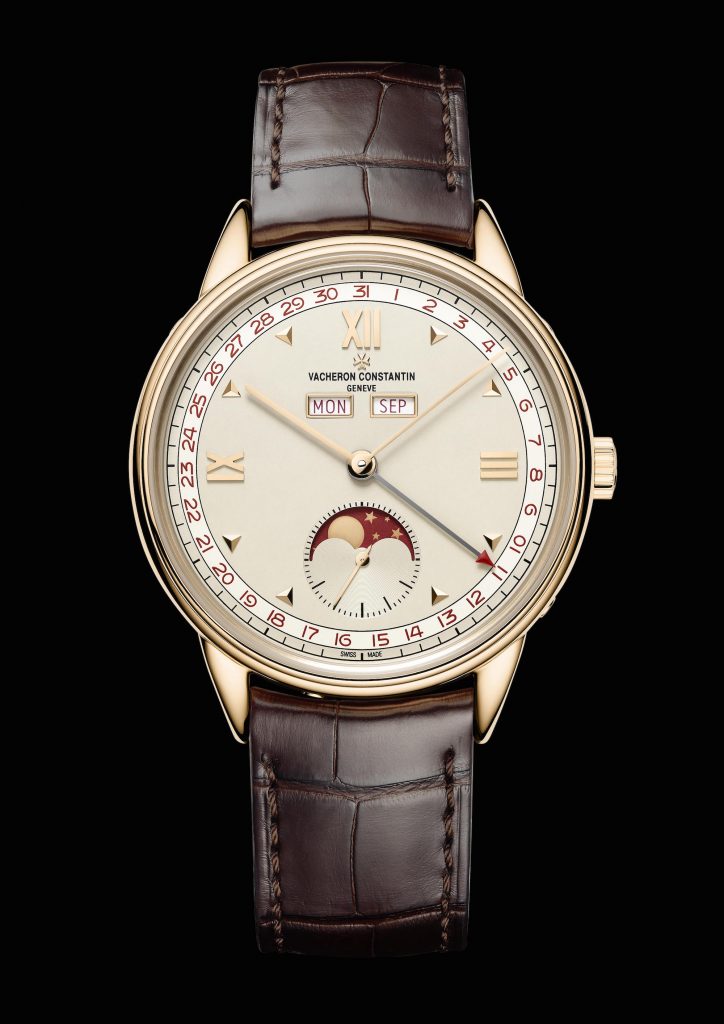 Easily my favorite Vacheron Constantin watch since Copernicus was unveiled earlier this year, the  Historiques Triple Calendrier 1948 watch (Reference 3100V) offers complete calendar functions of day and month indication via apertures, date indication via a long arrow-tipped hand and — best of all — a moon phase indication on the subsidiary seconds dial. Crafted in 18-karat 4N pink gold, the 40mm case features a triple gadroon design. The dial features Roman numerals and triangular markers and an outer minute track. Just 200 of this watch will be made in each of the colors: blue or burgundy calendar functions. Powered by the 253-part manual-wind Caliber 4400 QCL (L for lunar), the Historiques Triple Calendrier 1948 retails for $35,000. 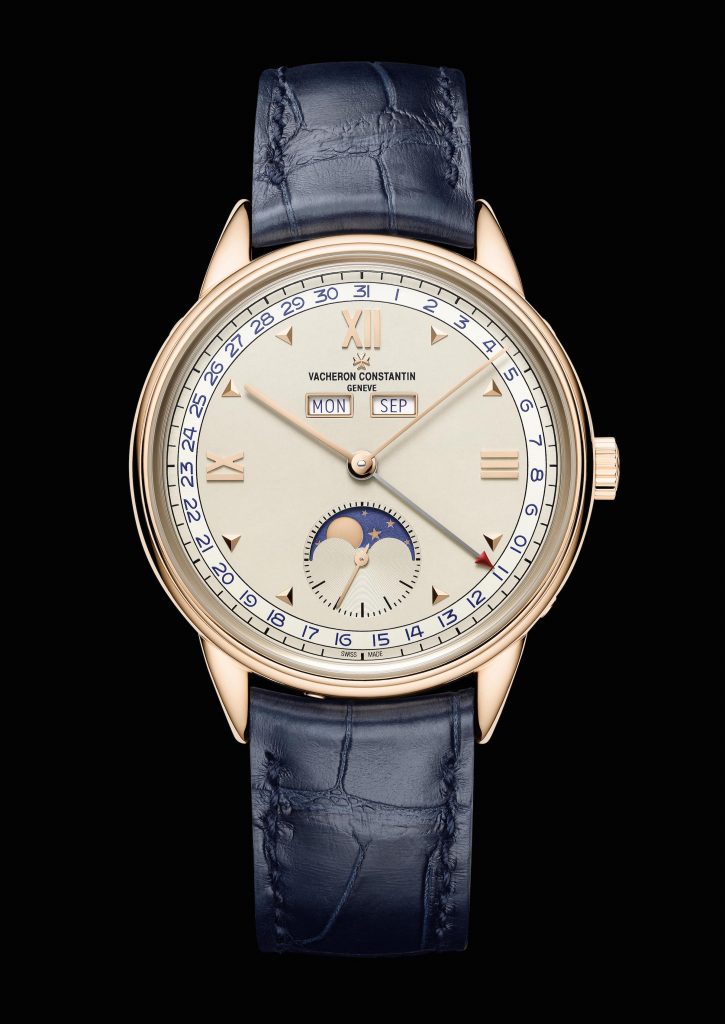 Each of the Vacheron Constantin Historiques Triple Calendar watches are inspired by pieces from the 1940s.

The  Historiques Triple Calendrier 1942 watch (Ref. 3110V) is a more affordable model, as it is crafted in stainless steel, and does not have the lunar moon phase indication.  Inspired by the legendary reference 4240 that was made in 1942 in yellow and pink gold, this watch offers the hours, minutes and seconds, as well as day, date and month indications. For a more modern appeal, the watch dial has Arabic numerals. Like the Historiques Triple Calendrier 1948 watch, this watch is also fitted with a blue or brown Mississippienis alligator strap (depending on the color of the calendar functions on the dial), and is water resistant to 30 meters.  This model is powered by the manual-wind 225-part Caliber 4400 QC, developed in house by Vacheron Constantin. It  retails for $19,500. 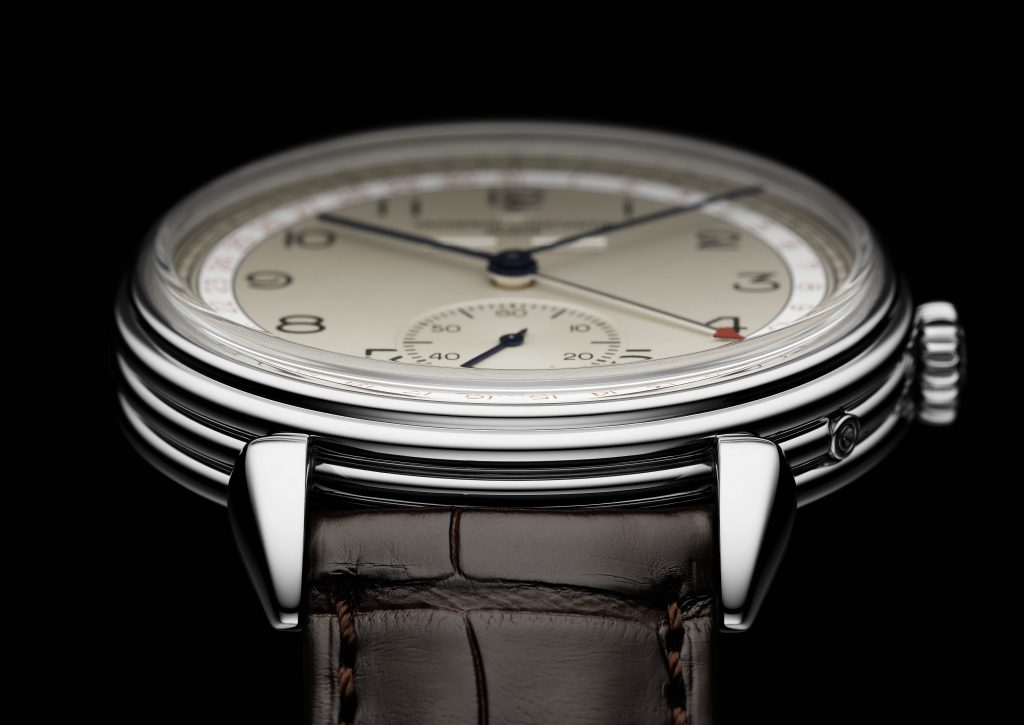 Each watch carries the Hallmark of Geneva certification. These vintage-fine beauties will be in stores in late November, early December.

I Went To The Seaglass Rose’ Experience With Corum, Here’s What Happened
October 4, 2017