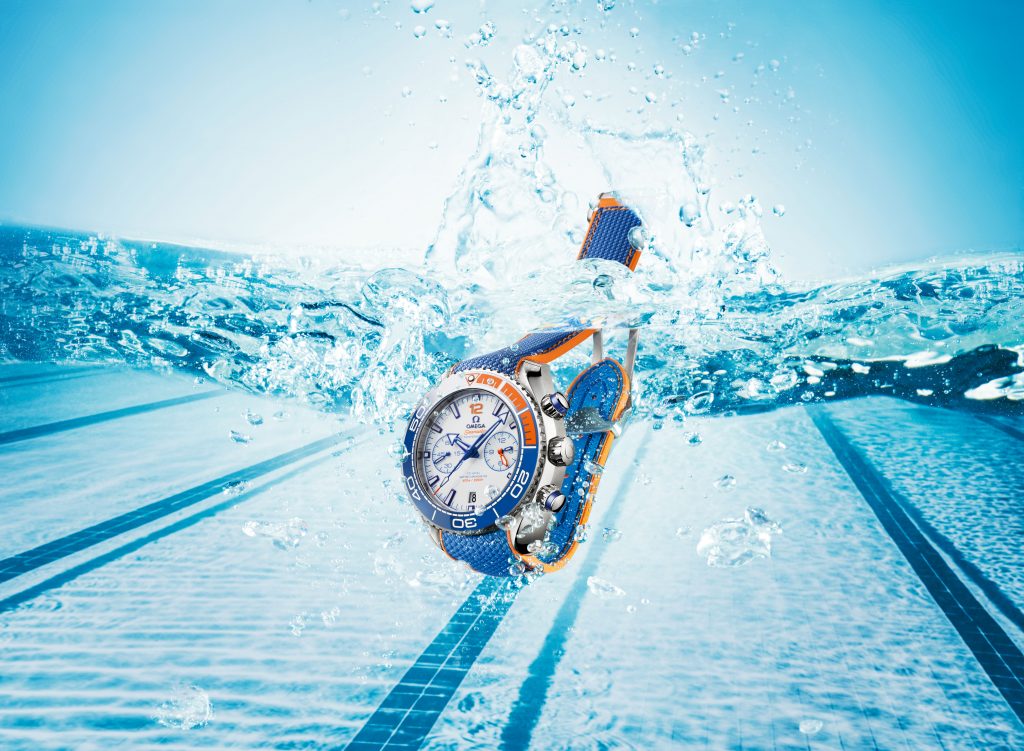 OMEGA’s newest limited edition timepiece pays homage to a legendary American athlete and a long-time Omega brand ambassador.  Michael Phelps is one of the most decorated Olympians of all time. In 2008, after winning eight gold metals, Phelps broke the record for first place finishes at any single Olympic games. Since then, Phelps has gone on to build a legacy of success as a world record holding Olympic swimmer. Now, Swiss watch brand Omega honors him with a limited-edition Seamaster Planet Ocean Michael Phelps watch inspired by his career. 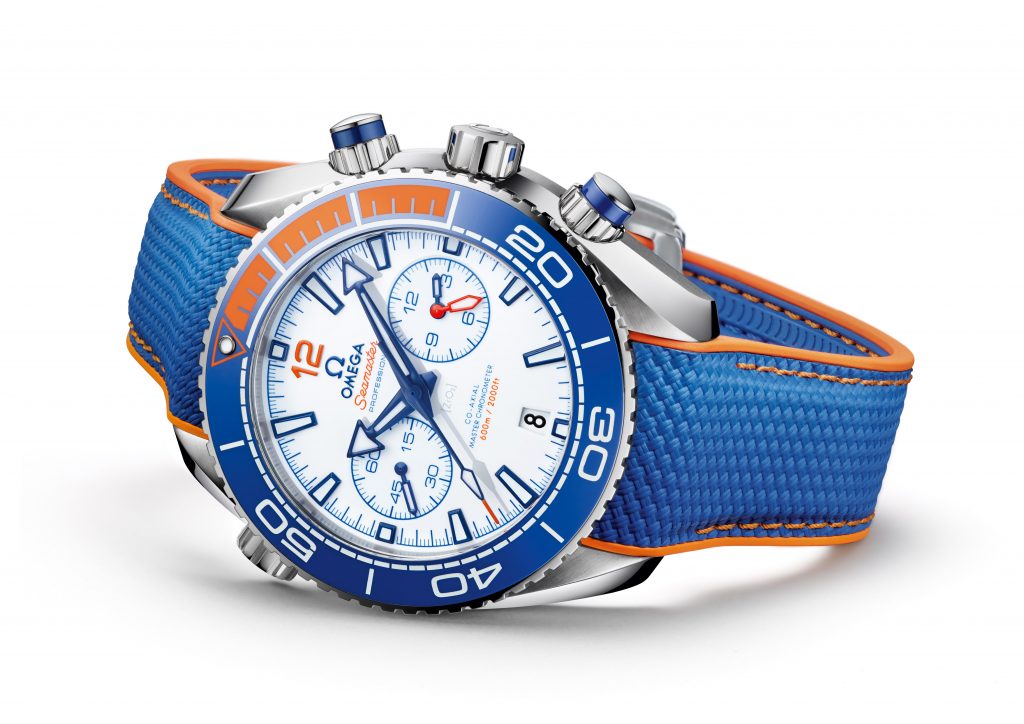 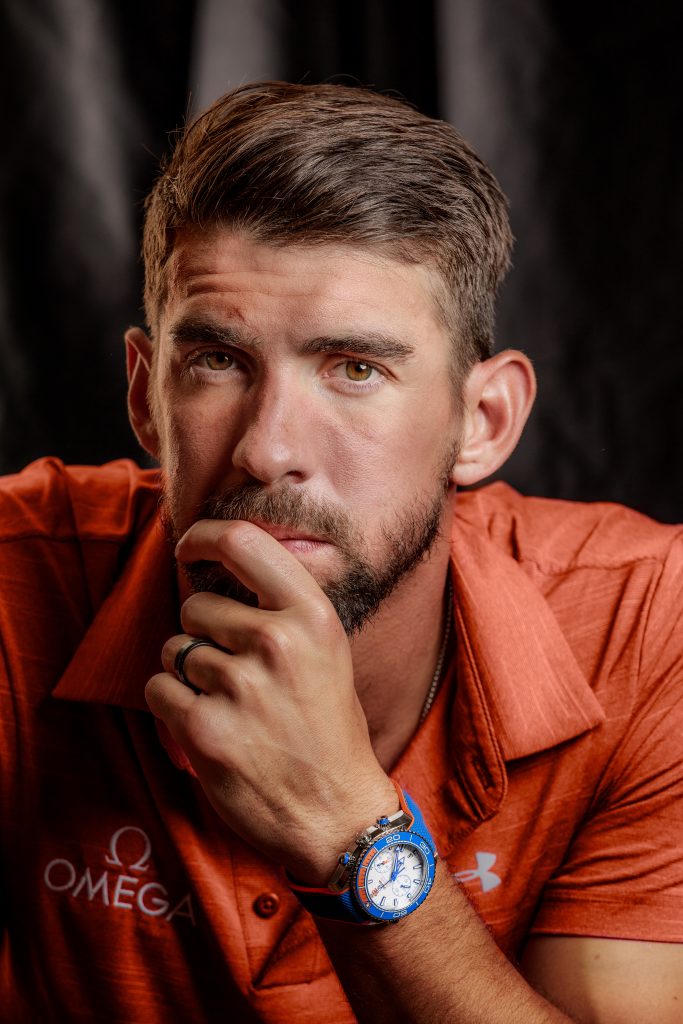 Michael Phelps has won an incredible 28 Olympic Medals — making him one of the most decorated athletes today. The Omega Seamaster Planet Ocean Michael Phelps watch is offered in an edition of 280 pieces to pay homage to those 28 medals.

The maritime inspired design does not stop there. If you turn the timepiece over, a transparent sapphire crystal allows for viewing of the finely finished movement, complete with  an intricate pattern inspired by waves. “Michael Phelps” is transferred onto the caseback via chromium etching. To add to its sporty aesthetic, the watch is presented on a blue rubber strap with orange stitching. Limited to 280 pieces, OMEGA’s “Michael Phelps” pays homage to the talented athlete who took home 28 Olympic metals across the span of his career. It retails for just about $9,000. 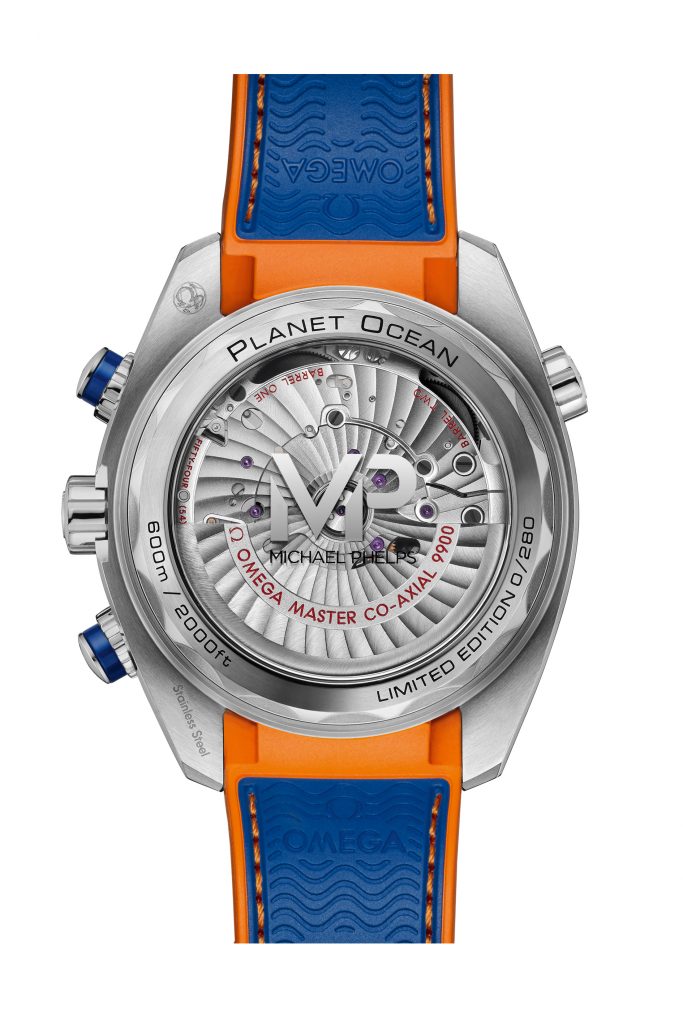 The Omega Seamaster Planet Ocean Michael Phelps watch is powered by the Caliber 9900.

We really like the bold and powerful look of this watch that combines a top-notch caliber, a water theme indicative of Omega’s underwater adventures and of Phelps amazing swimming career, and ties in with the brand’s long-standing timing of the Olympics.  The fact that it is limited to 280 pieces makes it a timepiece that will  only escalate in value down the road. The watch is durable and ready to go the distance thanks to the Co-Axial Master Chronometer caliber and the top-quality materials used for this professional timepiece. 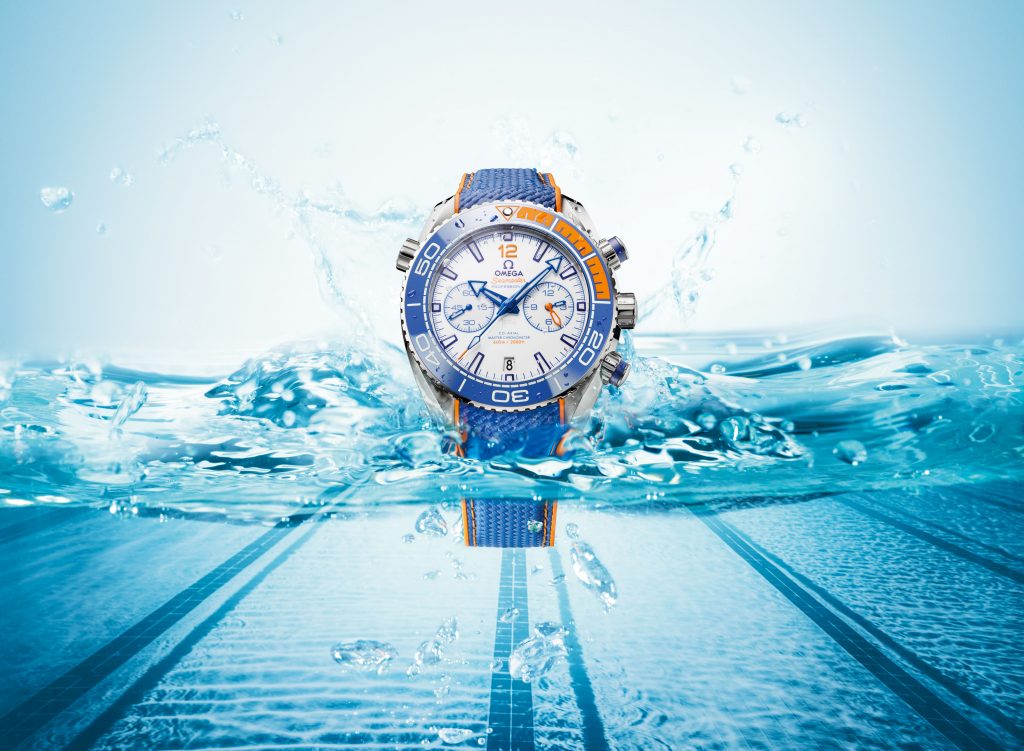