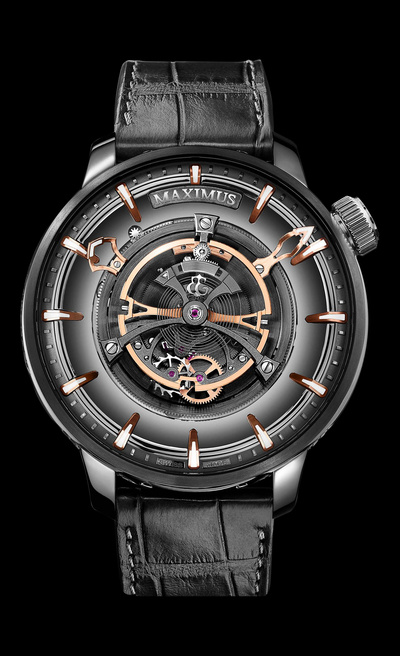 Kerbedanz Maximus Tourbillon is equipped with the largest tourbillon cage at 27mm in diameter.

A relatively young brand by watchmaking standards, Kerbedanz is an independent Swiss brand that creates some of the most alluring and artistic watches on the luxury market. Additionally, its pieces are all created in very limited numbers. Such is the case with the Maximus Tourbillon, the world’s largest tourbillon, which is created in a limited edition of just 99 pieces.

The watch boasted the world’s largest flying tourbillon escapement – measuring 27mm in diameter and placed directly in the center of the dial. The 51mm watch features a movement inspired by the Circus Maximus, where, in 6th Century B.C., horse-and-chariot-races took place. The tourbillon cage rotates once every six minutes, offering a splendid dance on the wrist. The watch is powered by a 415-part movement with four barrels.

Recently Thierry Chaunu of BeauGest, which distributes Kerbedanz in the United States, explained the incredible Maximus Tourbillon in this brief video.