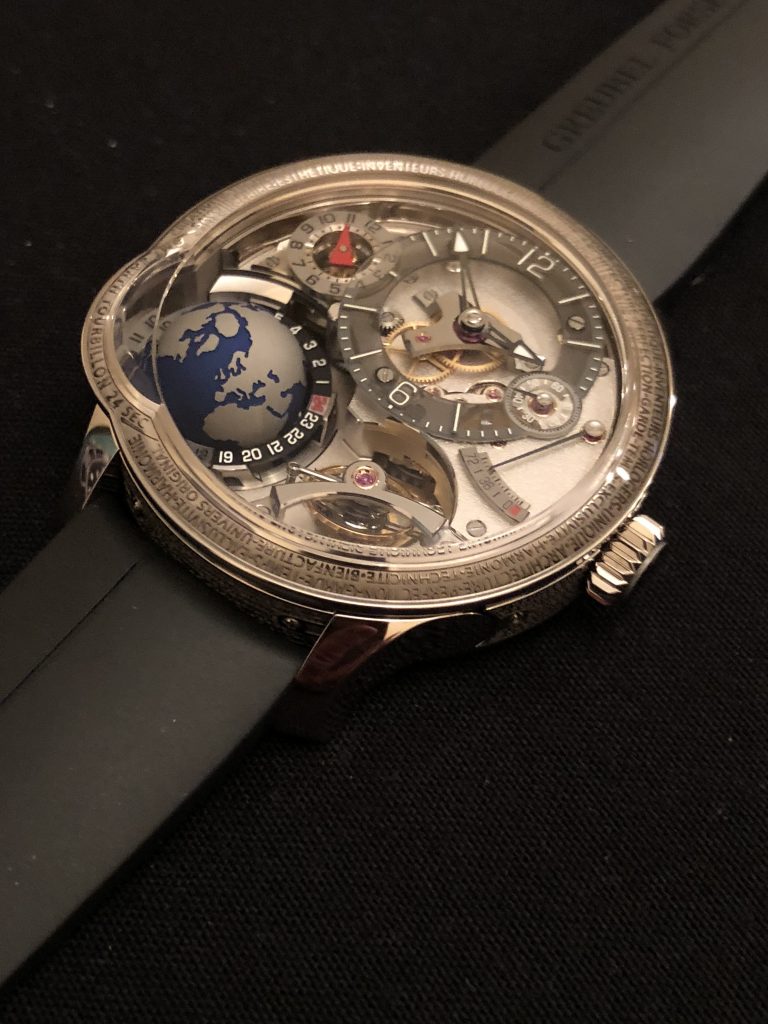 There is no denying that Swiss brand Greubel Forsey is a real force in the industry. This is the brand that has consistently pushed the envelop of innovation since its inception just under 15 years ago. In fact, after four years of research and development, they unveiled their first Double Tourbillon 30 degrees in 2004. Formed by top watchmakers Stephen Forsey and Robert Greubel, this brand constantly unveils new timepieces that challenge not only technology, but also the watchmaking thought process.

To date, the brand has created 22 calibers during its 15 years and builds just about 105 watches per year — each with the most incredible hand finishing indicative of the brand. Recently, we had the opportunity to do this video interview during WatchTime New York with Stephen Forsey, where he discusses the recently released GMT Earth watch with new caliber.