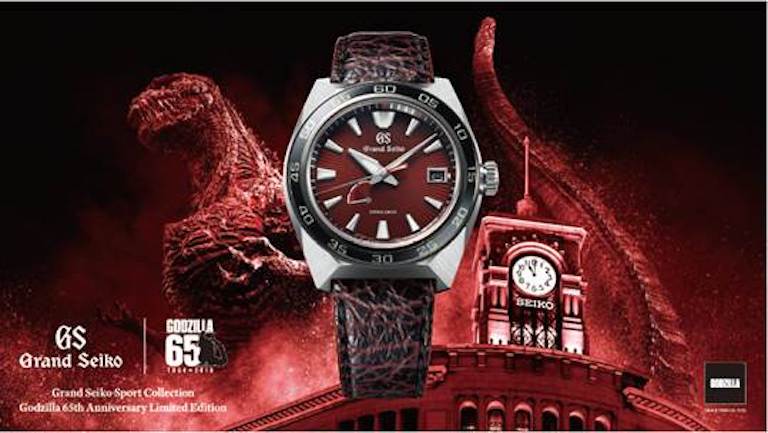 Godzilla…. a legend in movies and Japanese lore .. is on the loose again. With the recently released Godzilla: King of Monsters movie, you had to bet that a top Japanese watch brand would take on the giant. Grand Seiko was the perfect company to do so — since both Grand Seiko and Godzilla made their debut in the 1950’s.  Recently at the WatchTime New York show, we went hands-on with the SBGA405– Godzilla watch — and have a great video explaining the nuances of the Grand Seiko Spring Drive timepiece that celebrates the 65th anniversary.

The Godzilla 65th Anniversary Limited Edition  watch houses the Caliber 9R15 Spring Drive movement  (Spring Drive celebrates its 20th anniversary this year) and retails for $12,500. The movement is temperature and shock resistant — great qualities when you’ve got a monster on you.

Part of the brand’s sport collection, the watch has a host of great features, including its shark strap with black coating to achieve the texture and color of Godzilla’s skin,  and the new design with sharp corners and bold case.  Additionally, Godzilla’s signature “heat ray beam” that it shoots from his mouth to strike his opponents is expressed in the red dial with rays traced in black.

The transparent case back is stamped with the scene where Godzilla destroys the clock tower in Ginza. Available starting this month, just 650 pieces are being made. Trust me, this is an edition that will have you screaming in the streets of Ginza if you don’t get one. 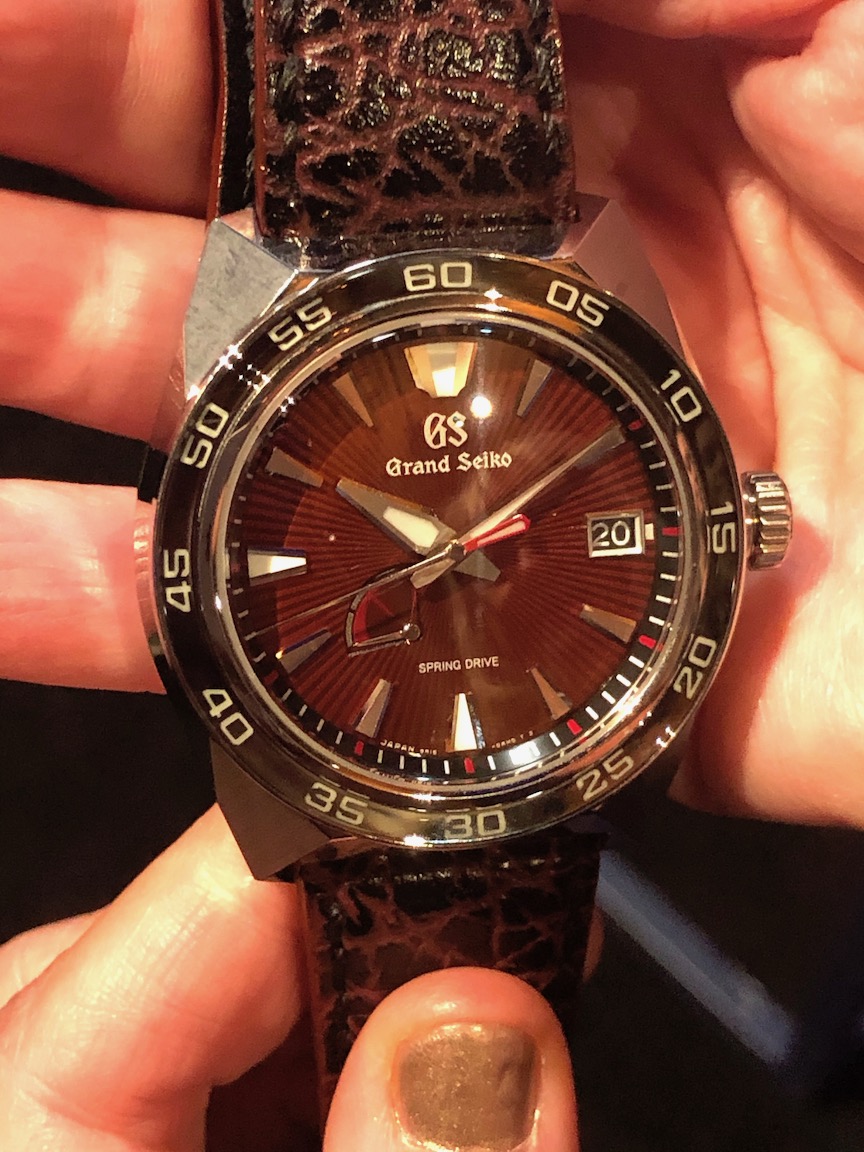 Godzilla made its debut in Japan in 1954 and it was in this first Godzilla film that the creature appears in Ginza, the birthplace of Seiko, and destroys the famous clock tower which rises above the Wako store, a retail establishment of Seiko’s that first opened its doors in 1952.