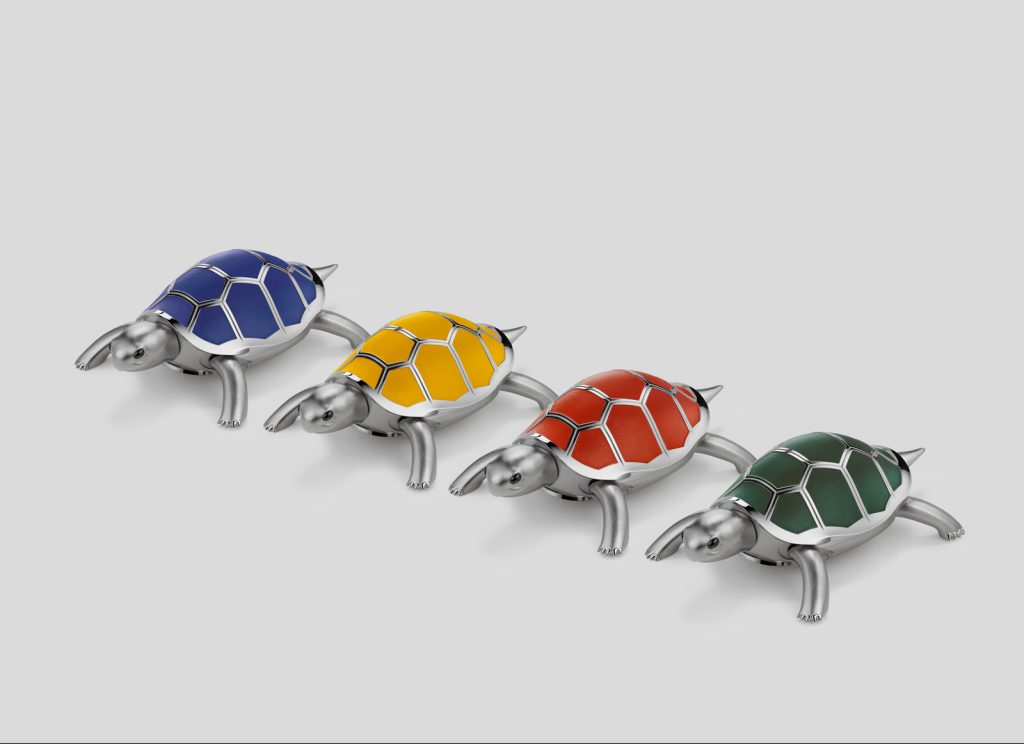 Earlier this year at the SIHH 2018, MB&F officially unveiled the Kelys & Chirp Turtle Automaton. Recently, in my travels, i came upon one of the creatures, which made me smile and remember the simple beauty of mechanics and nature. As such, we are revisiting this mechanical marvel today. Upon activation, the adorable turtle crawls along the desk (or other flat surface), while a singing bird appears on his back to accompany him. A co-creation between  Reuge and Nicolas Court with MB&F. The turtle has a built-in mechanical sensor that ensures that he doesn’t walk off the table.  The complex mechanical tortoise automaton consists of  480 parts. 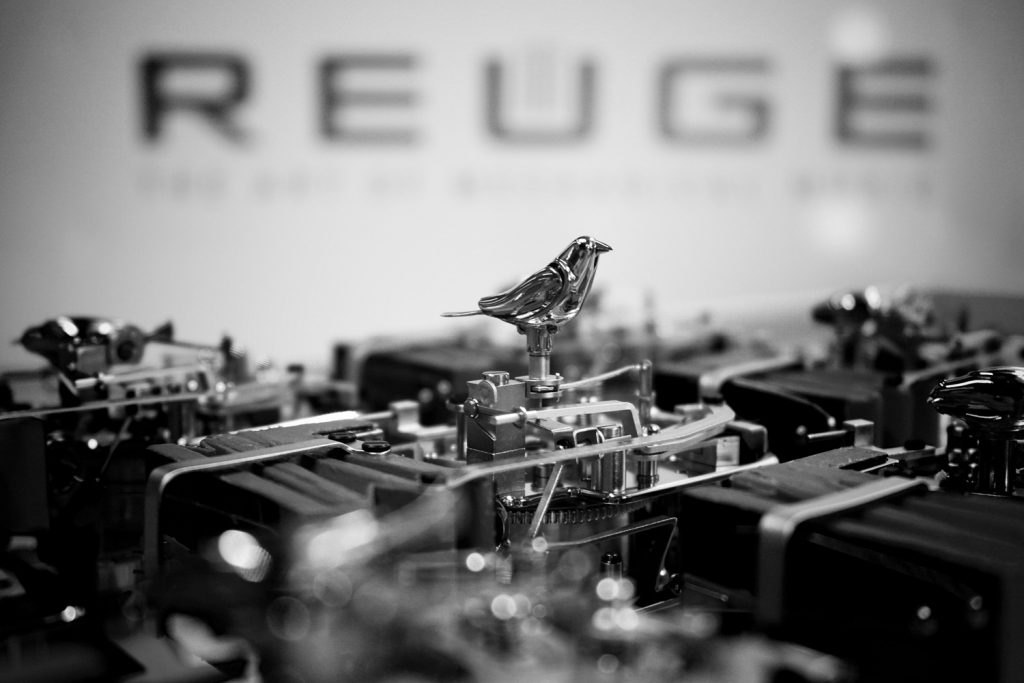 The making of the movement for the singing bird atop the Kelys & Chirp automaton.

The Singing Bird, which is a complete movement and automaton, as well.The bid is made of 30 parts and the bellows and mechanics that make him work consist of 90 components. The bird also has a safety feature built in:  if the bird or cover are pushed while the bird  is singing, the bird automatically retreats back inside the turtle’s shell.  Crafted in rhodium plated brass, stainless steel and 18-karat  gold, each tortoise is hand assembled. The eyes are black onyx and the shell of the turtle is made using leather scales in either red, yellow, blue or green. The turtle’s body consists of 100 parts. The automaton is still for sale, retailing for about $50,000. Watch the video below for a demonstration of this beauty.