On September 30, Antiquorum’s “Important Modern & Vintage Timepieces” auction in New York will feature an incredible selection of timepieces. Not only will see Richard Mille watches made in collaboration with Rafael Nadel and Yohan Blake, but also there are some rare Patek Philippe, Jaeger-LeCoultre and A. Lange & Sohne watches, and some specialty pieces in history including several Corum coin watches commemorating, among others, US presidents Johnson and Nixon. 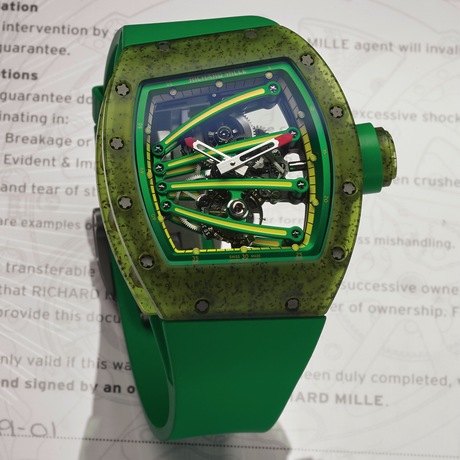 Richard Mille RM 59-01 Yohan Blake Tourbillon Skeleton Composite, No. 40/50. Produced in 50 pieces in 2014, this is a very fine and unusual tonneau-shaped and curved asymmetric, skeletonized composite wristwatch with visible one minute tourbillon regulator and 42 hour power reserve.Yohan Blake nicknamed “The Beast” is a medal-winning Olympic sprinter. He won a gold medal at the 100 m at the 2011 world championships as the youngest 100 m world champion ever, and a silver medal in the 2012 London Olympic Games in the 100 m and 200 m races for the Jamaican team. The RM 059 was developed in collaboration with Yohan and according to Richard Mille “designed to be capable to cut through air” with its asymmetrical, streamlined and aerodynamic shape, resulting in the lowest possible drag coefficient 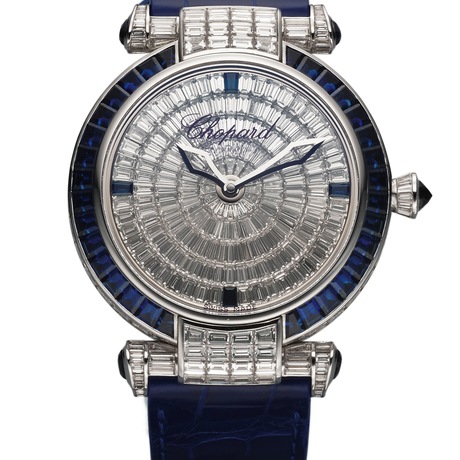