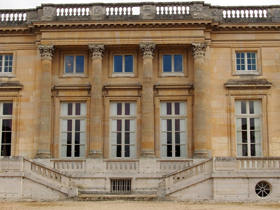 Petit Trianon on the grounds of Versaille, Private home for Marie Antoinette.

In more ways than one, my recent trip to Petit Trianon – private home of Marie Antoinette – was made possible by Breguet. Bringing past and present full circle, luxury watch brand Breguet has woven an intricate web of history and forethought. 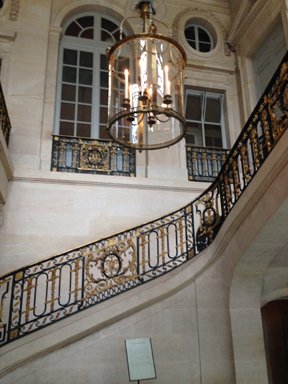 As most already know, Marie Antoinette, like many others of the Royal Court of France, was a patron of Abraham-Louis Breguet – purchasing timepieces that suited her whims.  An Austrian princess with an arranged marriage to the French king Louis XVI, Antoinette was not among the most beloved by the people. She sought refuge from the Paris city center and her role as Queen – making the Petite Trianon (which had been built by Louis XV on the grounds of Versailles) her own personal place of pleasure.  She had private quarters built for her, including having a room that was once the previous king’s staircase made into a 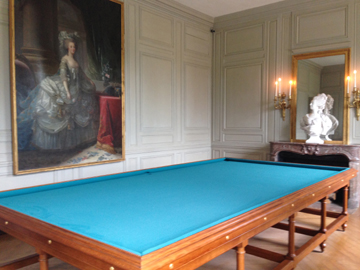 personal boudoir complete with hide-away roll down mirror panels that covered the windows and engulfed the room. The home offered two billiard rooms (her personal hobby of choice) and several apartment suites for her daughter and private assistants.

Following the reign of terror that was the French Revolution, wherein both Marie Antoinette and Louis XVI were beheaded, the home became a restaurant and was later purchased back by Napoleon, who tried to reinstate it s grandeur.  Over the centuries, the home fell into disrepair. 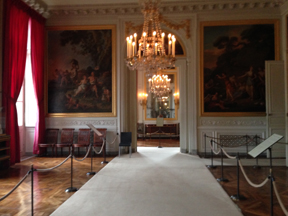 The long hallway seen her was the dining room (complete with trap door beneath the rug built so the servants in the kitchen below could set the table and then send the table up to the dining room).

Then, when the Breguet brand – spearheaded by the late Nicholas Hayek – re-created the now-famed Marie Antoinette watch, the home underwent a new rebirth. Hayek had heard that a centuries-old oak on the property was dying. He asked to buy the wood from the tree to make a very special box for the new exclusive collection of watches.  While the wood would have been happily donated to the cause, Hayek said Breguet wanted to pay. He embarked on a Breguet-sponsored refurbishing of Petit Trianon. 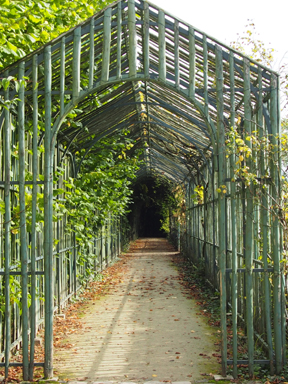 Marie Antoinette not only had a private theater built at Petit Trianon, but also had a covered walkway from the chateau to the theater built for herself so her hair wouldn’t get wind blown.

The restoration, underwritten predominantly by Montres Breguet, took years to complete – to the tune of more than $7 million. It is said that Hayek quipped that the box for the watch was the most expensive ever made in the world. As we toured the lavish restored mansion, we repeatedly heard how so many rooms were heretofore not accessible, but now could be viewed in full glory thanks to the Breguet project. 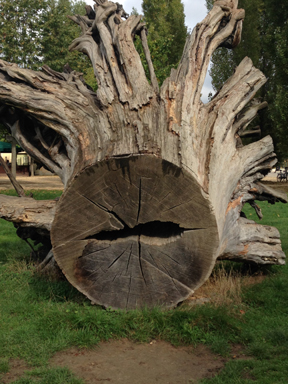 The oak tree that re-ignited the current relationship between Breguet and Petit Trianon.

Thus, what started as a Breguet and Antoinette relationship hundreds of years ago has come full circle – complete with a restored Queen’s chateau, a superb new Breguet watch line and a centuries-old-wood box.