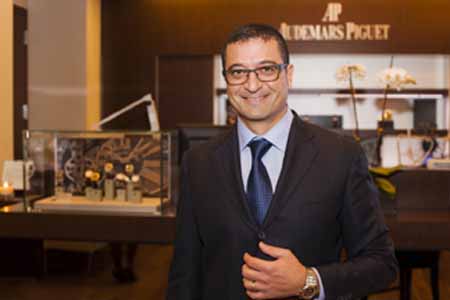 We have written about Giulio Papi before here, but recently – on his first trip to New York City – we had the chance for another exclusive interview with this master watchmaker. A brain ahead of his time, Papi is the founder Renaud & Papi — one of the world’s finest complicated movement manufactures. Today the company is known as APRP, as the majority-share ownership is now with Audemars Piguet. Papi is the brains behind the much-coveted Audemars Piguet lubricant-free escapement and behind a host of other “firsts.” Indeed, Papi never tires of doing what he does best – invent.

“It’s a long process to make a watch. No one realizes. Every watch has its own challenge,” says Papi. “We began last year making our plans and preparing for the next 10 years.”  Those plans are ambitious.  According to Papi they include creating several all-new moments – each revolutionary in its own way. “We want to create a new self-winding movement that offers 72 hours of power reserve.  It may sound easy, but it is really difficult because we have to reformulate everything in the watch to do it, and to make it flat and strong.” 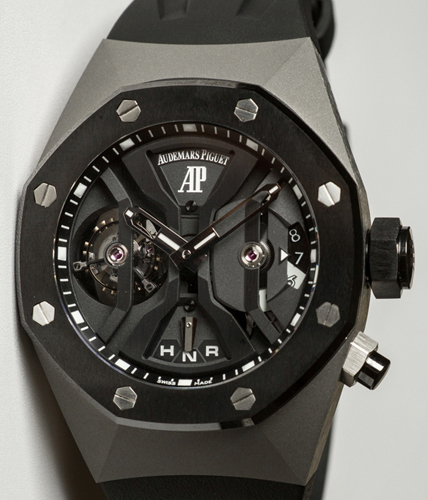 According to Papi, the creation of this fist new movement is his “baby,” but after that there is an entire team of engineers and watchmakers who will bring it to fruition. He even intimated that the new caliber may be one the brand could sell to other brands.  “The idea is to make a base on which we can build —  a unique platform that we can change, add to  in different ways and so on – and then maybe have the ultimate goal of selling the base movement to other brands.”

As to the newest timepieces that will be launched in 2014, Papi only shared one: the Royal Oak Concept GMT Tourbillon. His creation, we covered it recently here in white, but it is also available in black. The revolutionary watch houses the new caliber 2930 with unique ceramic upper bridge and aluminium alloy for the mainplate and other parts. To create it, special tools had to be built just to cut the movement parts made of this alloy. “Nothing comes easy when technological advancements are involved, but today, everything is about technology and improvement,” says Papi.