Three Top Timepieces Exclusive to the Americas, from Richard Mille 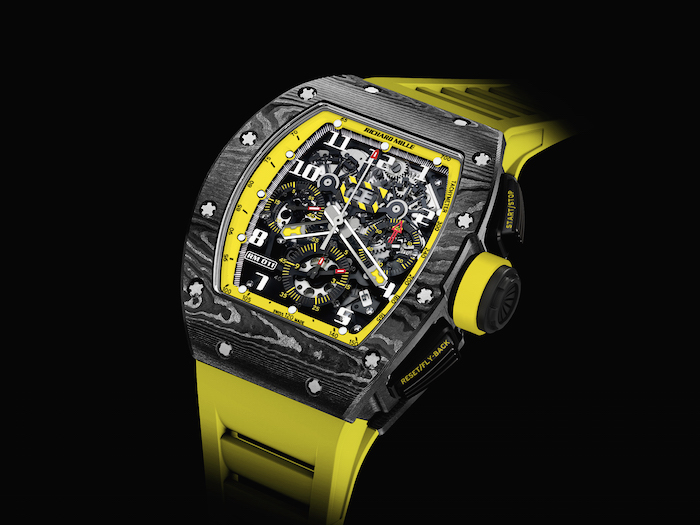 The quest to woo Americans to buy finer, more-high-tech haute horological timepieces remains a race – especially among independent watch brands that recognize the savvy watch-collecting market as a strong frontier. As such, we are witnessing more “Made exclusively for the Americas” watch releases than ever before.

Such is the case with Richard Mille, a brand we have written about often here. Richard Mille is releasing three new masterpieces – each retailing for between $160,000 and $170,000 – as part of a series exclusive to the Americas and housing the RM011 Automatic Flyback Chronograph movement. There are two versions of the RM 011 Storm — each reflecting its signature accent color.  Each Storm flyback chronograph has a signature Richard Mille skeletonized movement — giving the owner a look into the internal organs and heartbeat of their very own masterpiece. Among the functions of the Storm: annual calendar, over-sized date, month, 12-hour totalizer and a 60-minute countdown timer 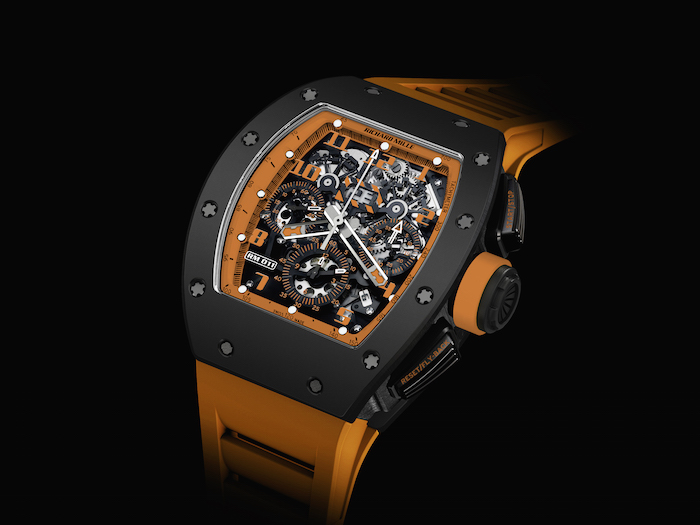 The tripartite case of the Strom watches is made of TZP ceramic and is blasted to reach a matte black finish. The scratch resistant case goes hand in hand with the high-tech center case band made of North Thin Ply Technology (NTPT) carbon, which is used broadly through aerospace advances and F1 car designs. This technology combines multiple layers of parallel filaments resulting from dividing carbon fiber. The layers are then injected with resin and specially and meticulously woven on a machine that creates an effect that resembles wood. This NTPT product is also used on the timepiece’s crown and pushers to give them an even more one-off design.

Versions include the RM 011 Black Phantom (an all-black style that maintains a key presence much like a stealth bomber) created in a limited edition of 50 pieces sold for $160,000 each. The RM 011 Storm watches include the Orange Storm — built in a limited edition of 30 pieces. It retains the stealthy case, but features strap and dial accents that jump out in your face in bright burnt orange ($160,000). Sibling, Yellow Storm ($170,000) is created in a limited edition of 50 pieces and holds the same in-your-face attitude as the Orange Storm, but in a bold yellow hue. It makes its debut in Richard Mille boutiques in Vegas and Beverly Hills. 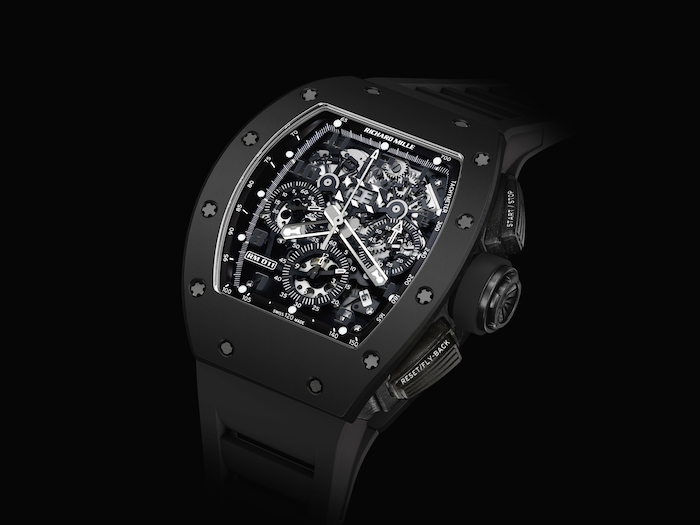 Top 10: The Most Comprehensive Look ‘Year of the Rabbit’ Watches
January 6, 2015