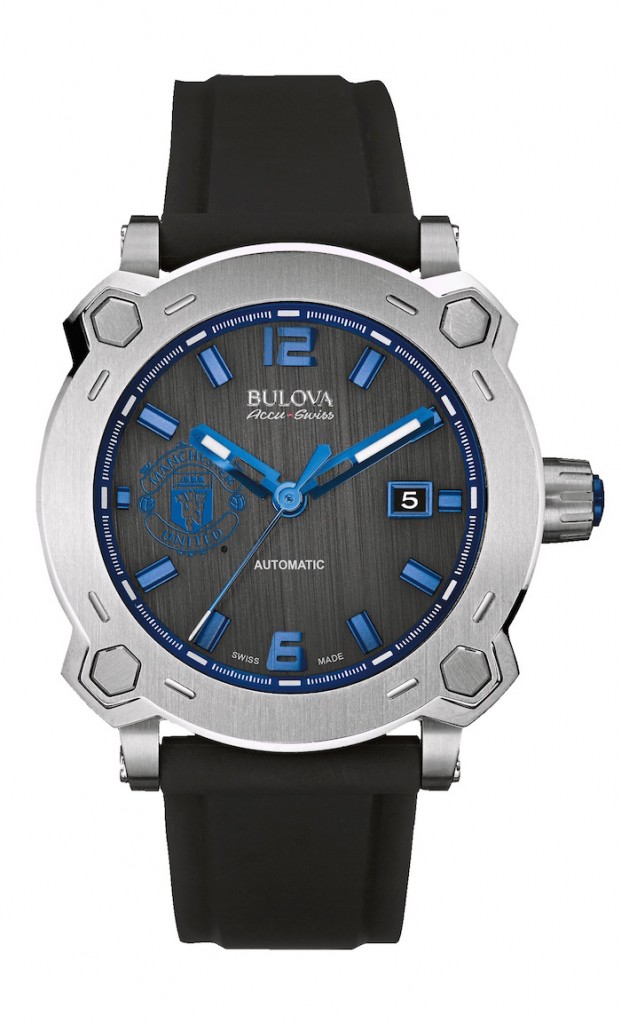 Founded in 1875 in America, Bulova is one of the most recognized names in watchmaking. Among its many significant collections of watches, the Swiss-made Accu*Swiss brand stands out as a leader. That may well be why the brand turned to the Accu*Swiss line when it wanted to celebrate its role as the official timepiece and Official Timekeeper of the Manchester United soccer team.

Looking to its Treble Collection, which ahs three styles of automatic watches in it, the brand used one style to create custom watches for the team members of Manchester United. The players were given the option to completely customize almost every aspect of their very own Bulova Accu*Swiss Treble watch. The Treble Collection name is inspired by the Treble honor, given to a football club that wins three trophies in a single season. In the 1998-1999 season, under the helm of manager Sir Alex Ferguson, Manchester United achieved this rare and celebrated feat, becoming the only English club to ever win the FA Cup, Premier League Title, and UEFA Champions League Title during one season. 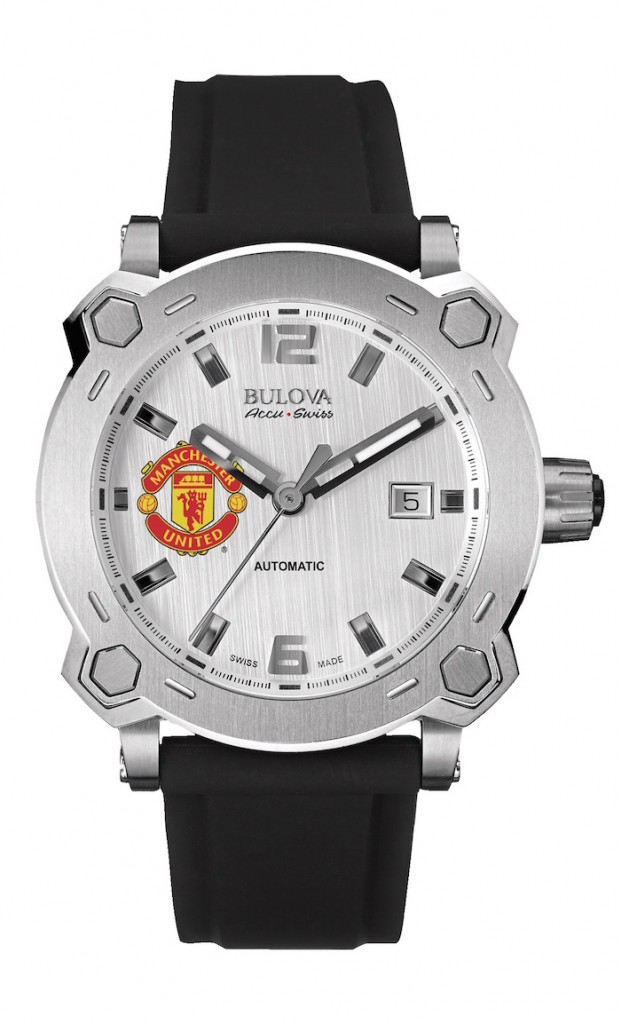 Three versions of the Treble Collection are offered

With sporty yet agile styling, the Treble combines class and craftsmanship, much like the players of the respective team. It possesses a 26 jewel automatic movement and is water resistant to 100 meters. The bezel, case, and case back are all milled in grade-5 titanium construction to ensure strength and fortitude for years to come. The black carbonized titanium proudly represents the team’s crest in red on the dial.

For those who are not part of the Manchester United team but are lovers of the sport, Bulova offers other models in the Accu*Swiss Treble collection: two stainless steel versions, both with rubber straps. One feature a brushed silver-tone dial marked with the classic yellow and red Manchester crest, the other sports a black dial with a blue crest and blue accents. The Treble collection retails for between $1,500 and $3,000 approximately. 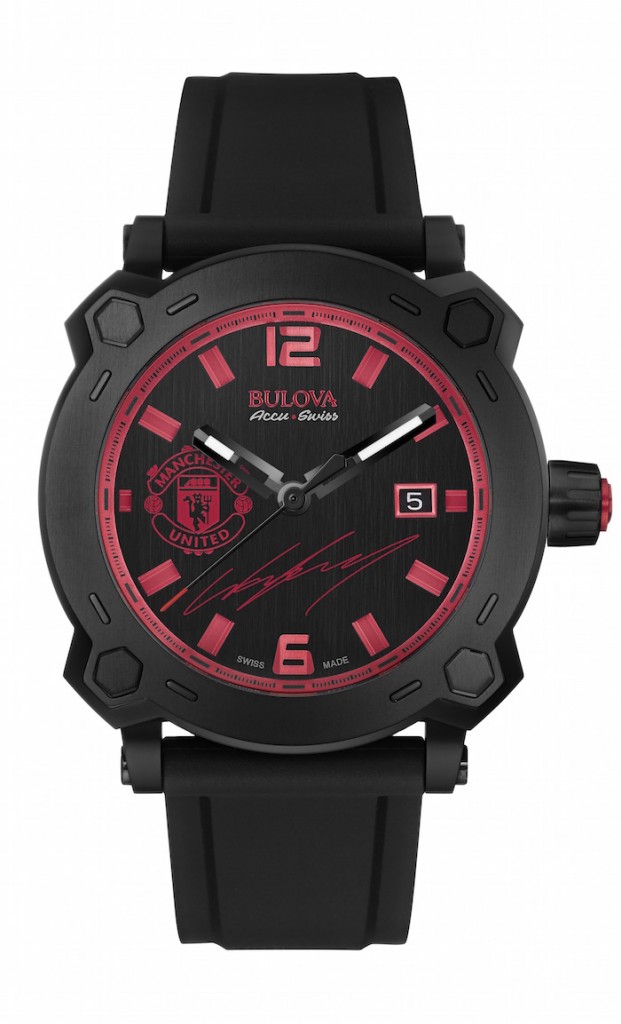 The relationship between Manchester United and Bulova Watch Company blends history, legend and vision. Bulova this year celebrates 140 years in business, while Manchester United has a 136-year heritage. Both are in great standing and both look to the future with confidence and vision. The Bulova Accu*Swiss Treble collection can be found in select retailer locations. 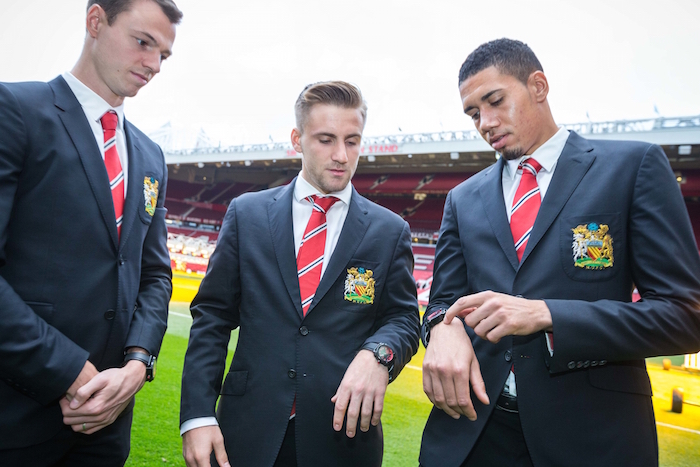