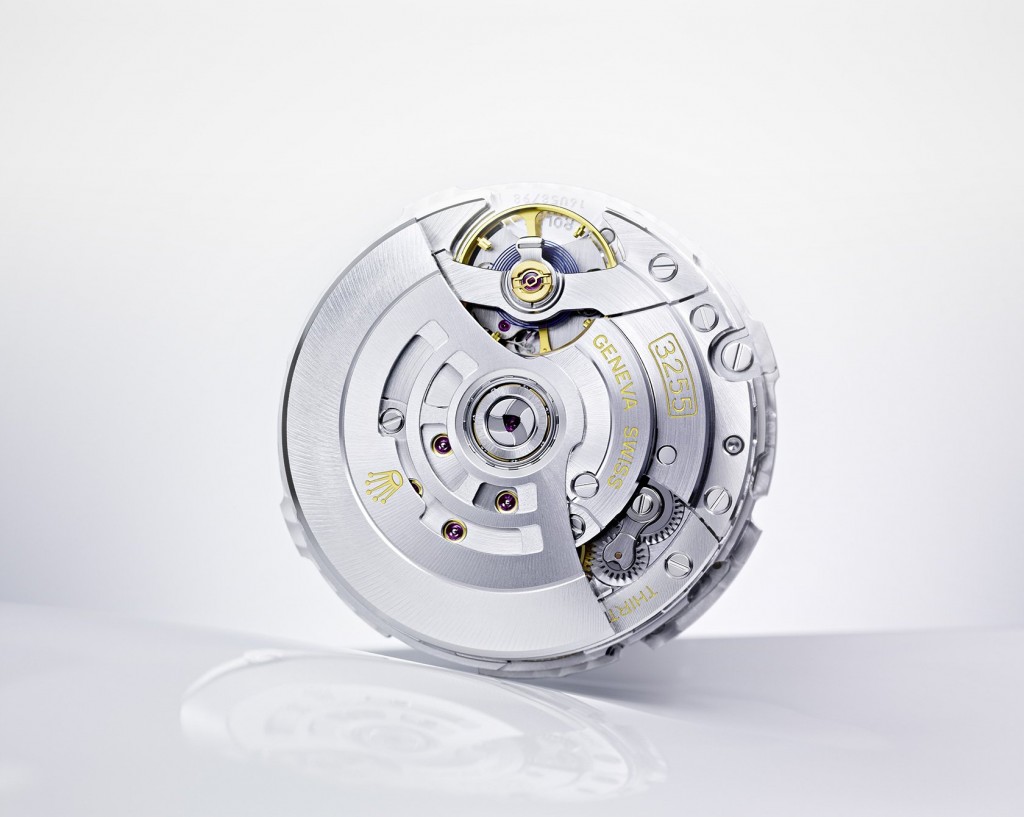 When one hears the word “Rolex,” a host of things come to mind. Among them: iconic design, lasting durability, state-of-the-art manufacturing and innovative thinking – in addition, of course, to cool things like Paul Newman, automotive sports, diving and more.

Now, we have even more to be excited about- as we witness the first generation of timepieces emerging from the brand and housing the all-new Caliber 3255 (just unveiled at BaselWorld 2015).

According to Rolex standards, a watch movement’s values lie in precision, power reserve, reliability, resistance to shock and magnetism, and ease and convenience of adjustments. With those pillars in mind, the new caliber delivers on all fronts and holds a massive 14 patents. 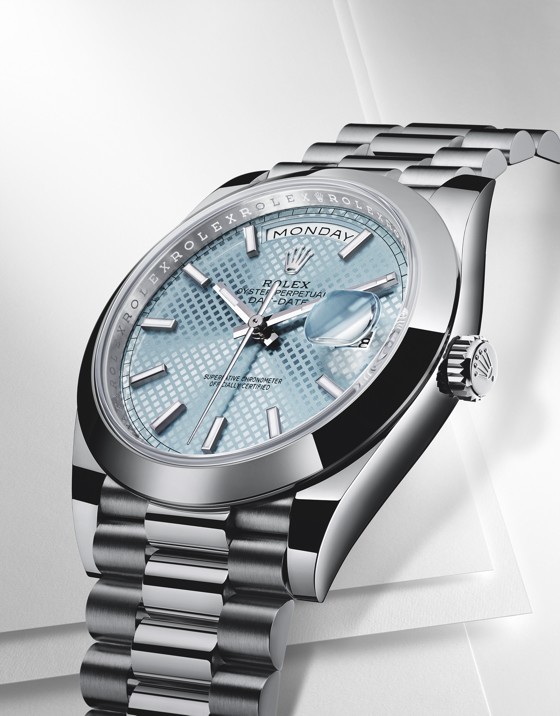 The bidirectional self-winding Caliber 3255 beats at 4 Hz (or 28,800 vibrations per hour), and consists of several cool new inventions that is typical of Rolex’s innovative and advanced spirit. Among them: the blue Parachrom hairspring, large balance wheel with variable inertia weights, state-of-the-art Chronergy escapement with Paramagnetic nickel-phosphorus pallet fork and escape wheel.

Rolex has redesigned and optimized more than 90 percent of the movement components, including parts that transmit and store energy and those responsible for maintaining accuracy. The power reserve has been increased from 50 to 70 hours. Additionally, Rolex has made this movement even more resistant to the shocks and the rigors of daily wear, and has made adjusting the features of the watch smoother and more intuitive to the wearer.

One of the key elements involved in the improvement is the new patented escapement innovation Rolex has named Chronergy. The Rolex Chronergy escapement, built from nickel-phosphorous, has increased the energy output by 15 percent, and accounts for more than half of the power reserve increase in the Caliber 3255. Thanks to the material used, it also is insensitive to magnetic interference. 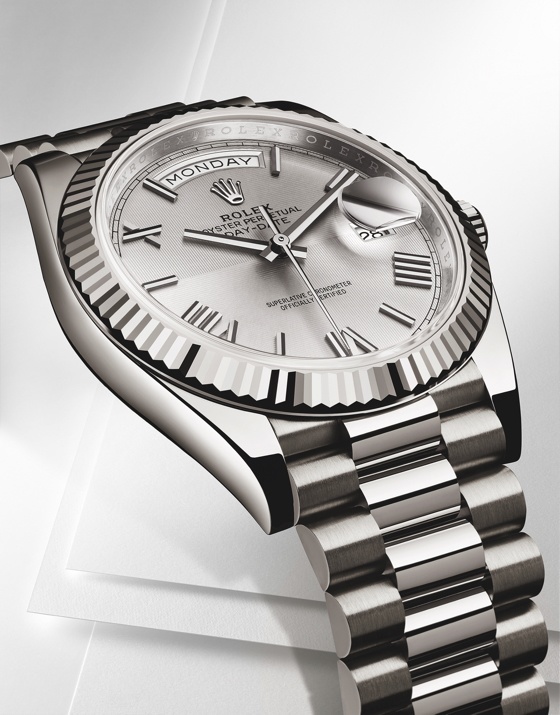 At the heart of any watch is the oscillator, which is responsible for maintaining precision of the piece. The new-generation caliber’s oscillator contains a patented blue Parachrom hairspring. Typically used in rocketry, the alloy is antimagnetic and resistant to temperature extremes well over 1000 C. For rugged functionability, the movement is also equipped with high-performance patented Paraflex shock absorbers.

Representing a new standard of performance, the caliber is first making its debut in the new Day-Date watches, A.K.A the President’s watch, thereby making it even more of a “Superlative Chronometer.”

These new Day-Date watches are offered with either a top-quality leather strap or with the much-loved President’s bracelet, which has also been improved and updated with features such as ceramic inserts inside the link, and a concealed attachment to the case – both for added wear and durability. The watch will be created in a 40mm version that will complement the existing 36mm version, and will be offered in yellow gold and platinum. 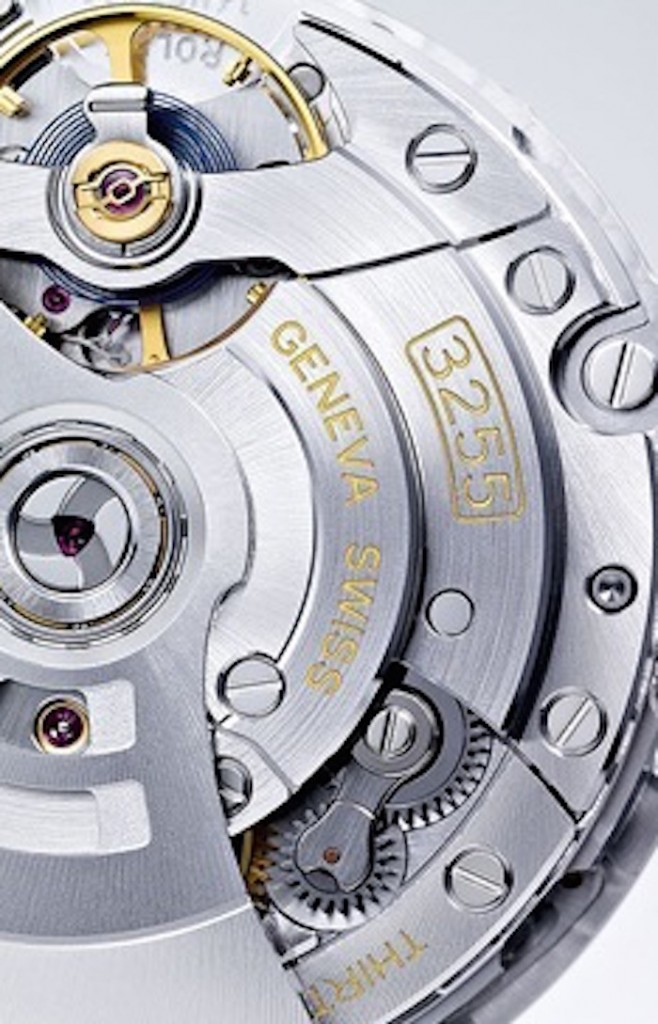 Underscoring its confidence in its timepieces, Rolex has announced that the international warranty on all watches sold after July 1, 2015, will be an impressive five years.