The Good, The Bad And The Ugly Of Dubai Watch Week 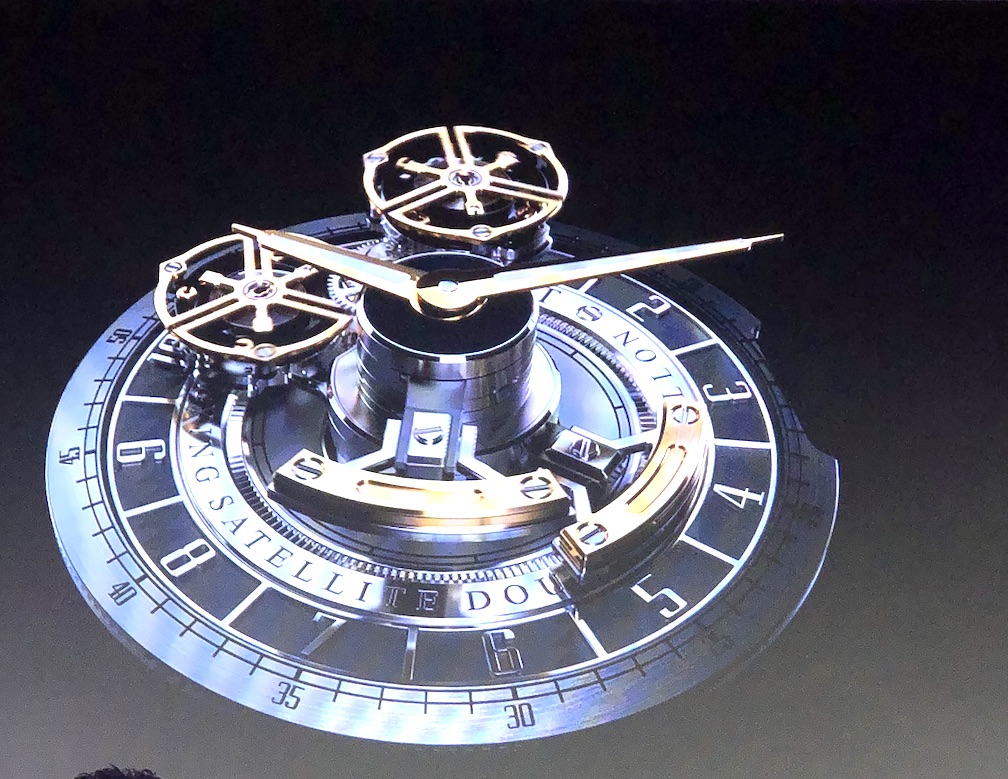 The watch-world exhibitions are in a state of flux during the pandemic, sometimes off, sometimes on. But thankfully the Dubai Watch Week was able to take place live and in person last week. That may be because of the warmer weather and more inviting climate and because it took place before news of the new strain of Covid-19 could put a damper on international travel.

Right before Dubai Watch Week took place, though, the organizers of Watches & Wonders in Geneva took the time to announce the dates of its in-person planned exhibit (after two years of digital events)  from March 30 to April 5, 2022. Also prior to the Dubai Watch Week event, the Baselworld show organizers announced the postponement (yet again) of a physical exhibit in 2022. That left the Dubai Watch Week (DWW) show, organized and hosted by Seddiqi Holding,  the last bastion for 2021. 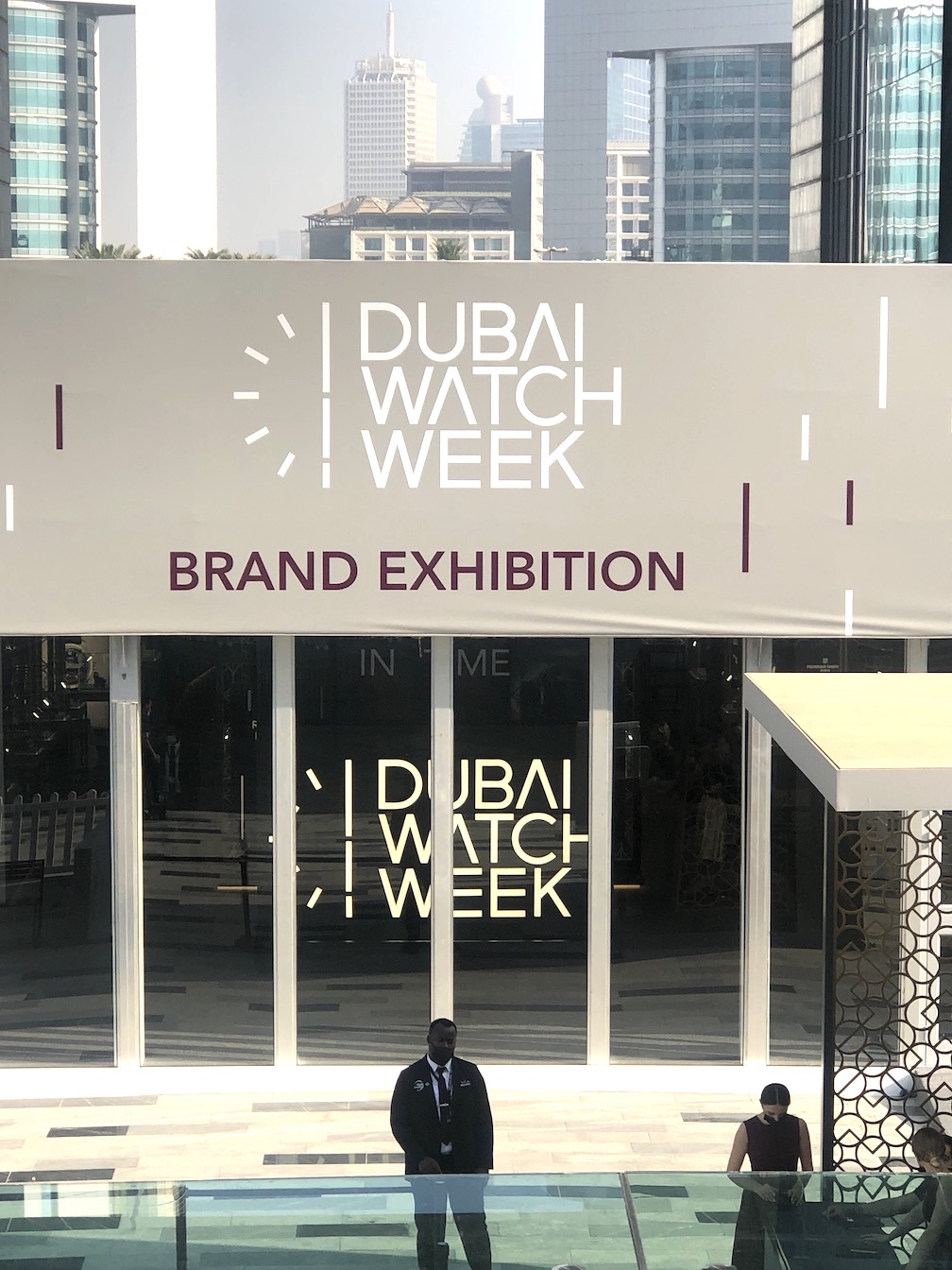 Some pundits in the watch world say that the format of DWW should be the model for other shows, as it brings together a combination of educational elements in the form of panel discussions, collector forums and discussions, watch brand launches of new products and more. Because the entire show takes place in multiple buildings and pop-up tents in the Financial Center, there are a host of outdoor parties, as well, and everyone mingling as people walk from building to building. Obviously, this scenario might not be agreeable in cold, windy and blustery weather in other countries during the cooler months. In those instances, keeping everything inside a single building or two is necessary, but some shows are already investigating potential space for panel discussions and educational events.

Still, all eyes in the watch world were on Dubai during its five-day event entitled “Reunited for a moment in time.”  The show—held every other year —  didn’t disappoint. In fact, the show underscored the fact that top watch shows do not always have to take place in Switzerland.  Here are three highlights that ensure the show’s continued success. 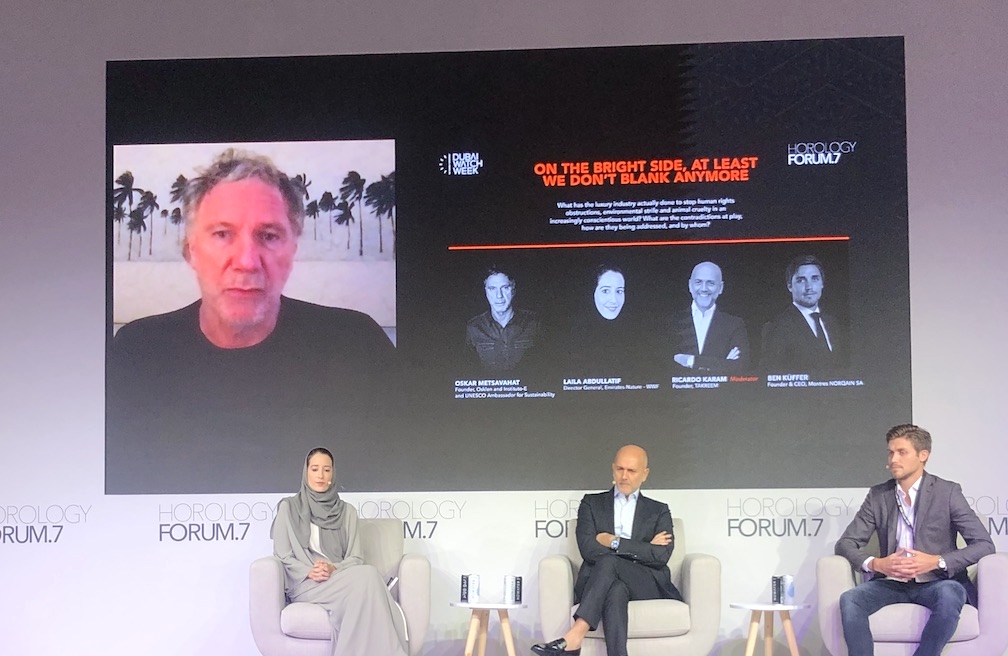 One of the key pillars at DWW is its panel discussions and their real relevance to today’s issues and challenges. The panel discussions this year were wide and varied and unfortunately sometimes went way off topic (the bad). However, easily, one of the best panels focused on sustainability, ethics and the environment that was entitled, “On the bright side, at least we don’t (blank) anymore.” With panelists that included a speaker, Laila Abdullatif,  from the WWF, a sustainable designer, Oskar Metsavahat, from South America, Ricardo Karam and Ben Kuffer of the small, relatively new watch brand Norqain, topics included the fact that doing something – even if it is a small-scale effort – is better than doing nothing. The panelists spoke about the challenge of being transparent when it comes to the supply chain, acknowledging that brands may not know enough about the supply chains,  the issues of being honest and open with consumers about sustainability and more. 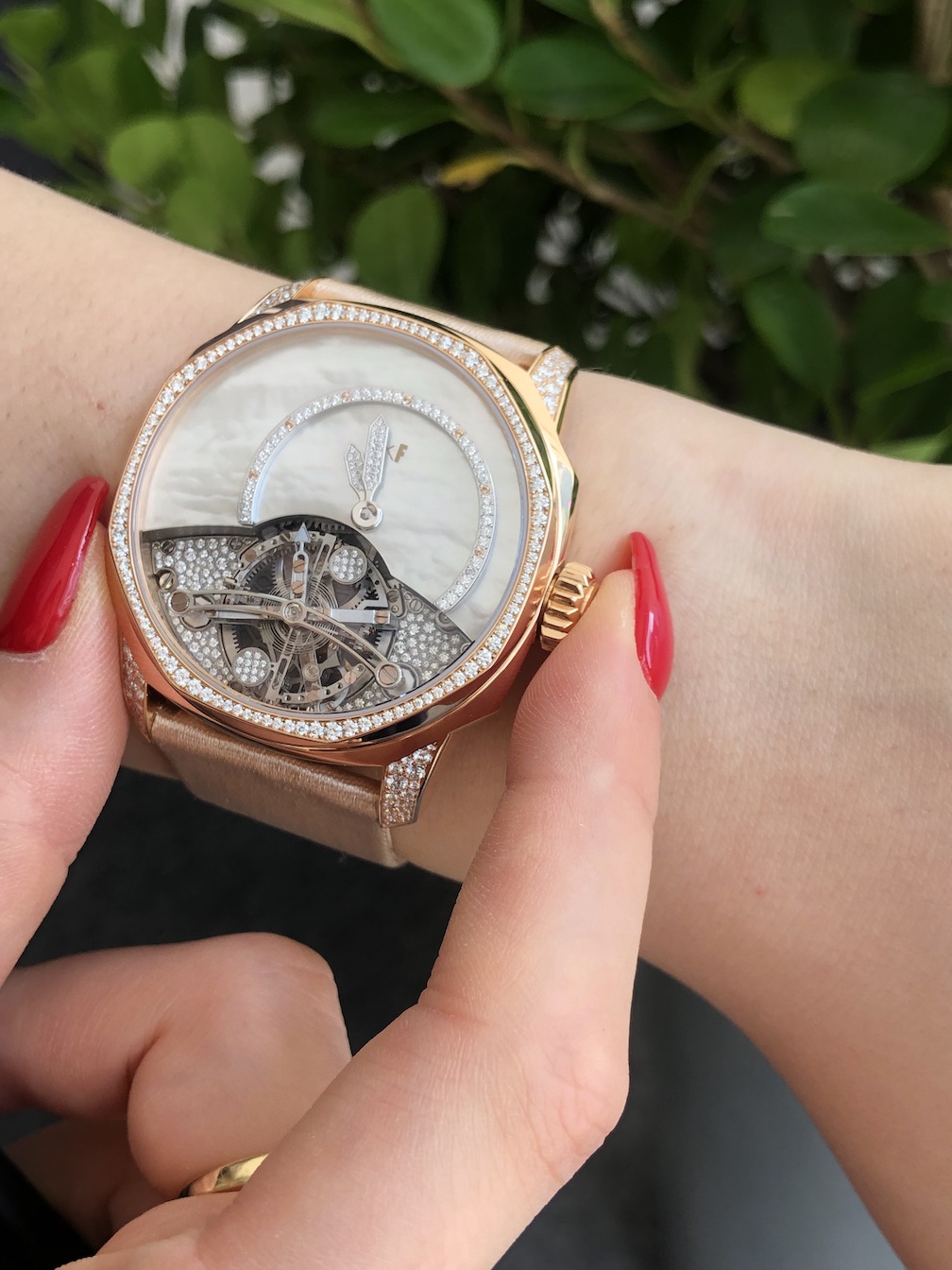 New watches at Dubai Watch Week 2021, such as this Montres KF tourbillon for women.

When it comes to the watch world in particular, mining the Earth was a topic, ethically sourced gold and gemstones was also important, as was the need to find new materials and to turn to vegan and sustainable watch straps and cases. By their nature, mechanical watches are already considered sustainable because with proper care they can work forever. It is topics and conversations like this one that keeps DWW relevant.

This year, one of the problems with the panel discussions was that they all had somewhat cryptic titles to them so unless the visitor did some investigating, he or she was likely to be caught off guard (the ugly). For instance, a panel entitled “I love my Patek, What does it do?” led many to believe that the conversation was going to be about complications and functions of a watch. Instead, it was about collecting watches and Patek Philippe in particular. Others had similar enigmatic names, but the point is, that didn’t matter too much in the end. The other issue was that many of the conversations were a little off-topic and some, due to the fact that people outside the watch industry joined some groups, strayed from the watch world and demonstrated their lack of knowledge of the watch world. Generally, though, the paneers were just watch folks having open discussions about topics of interest. 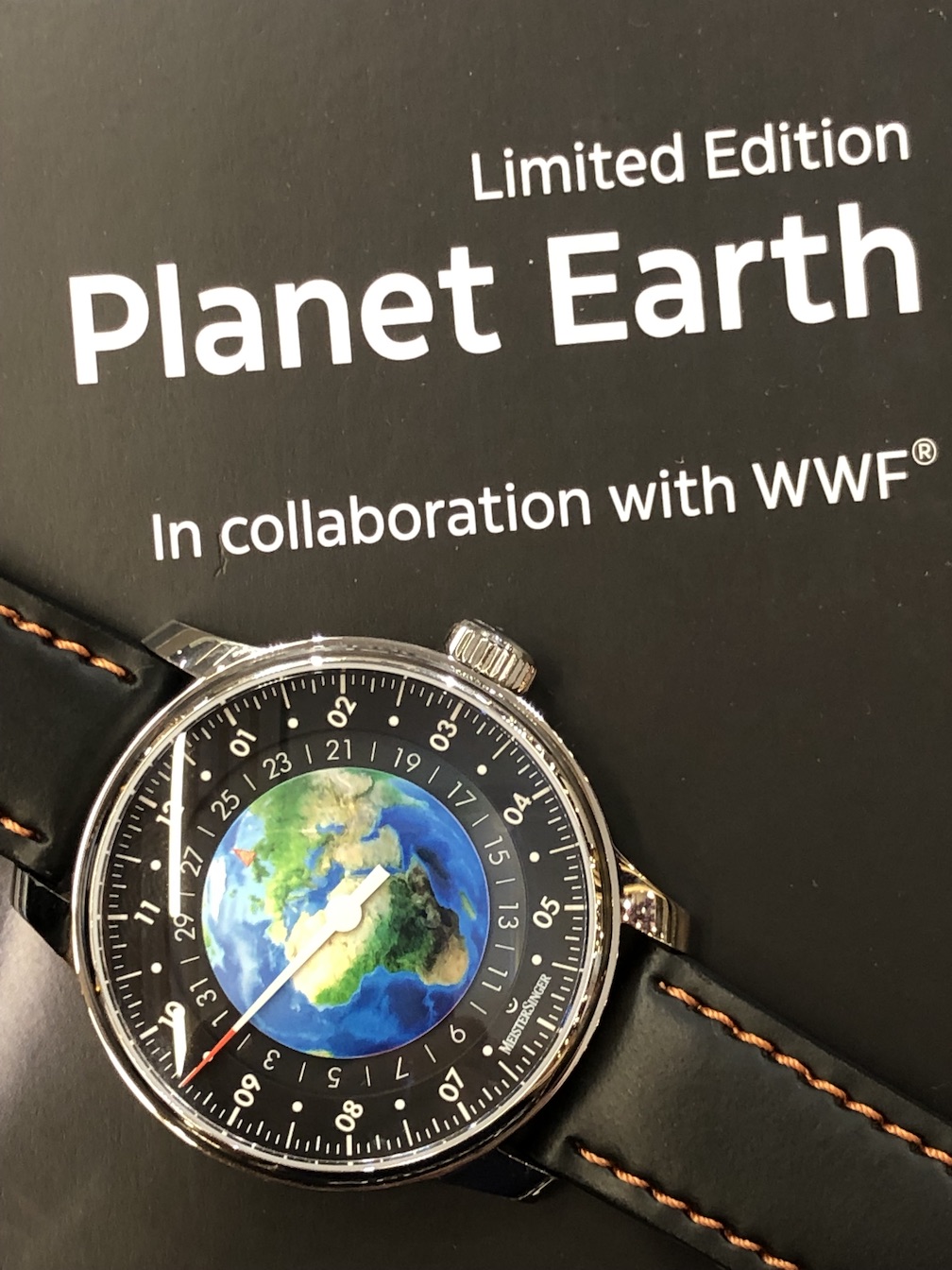 Another important aspect of DWW is the fact that this is the first show to truly recognize the value of bringing collectors into the fold and of allowing heretofore “shied-away-from” companies into the mix. Many brands and shows believe that attendees should be press and retailers. Often they are reluctant to mix these two facets, as well. However, DWW brings actual watch lovers and collectors to the show – offering equal access to everyone. This is a great concept and on that gives the show added credibility and success.

Additionally, DWW organizers aren’t afraid to acknowledge and allow exhibitors in who may have previously had a “don’t touch” label. For instance, at this year’s edition of DWW, and at the previous edition, WatchBox – online selling platform for pre-owned watches – had a big presence. Not only was the company’s pop-up store front and center at the exhibit, but also, they hosted evening events and had a coffee bar. This is a very important acknowledgement of the white-hot topic of pre-owned luxury timepieces. No other watch show to date has offered such a large presence to this category. 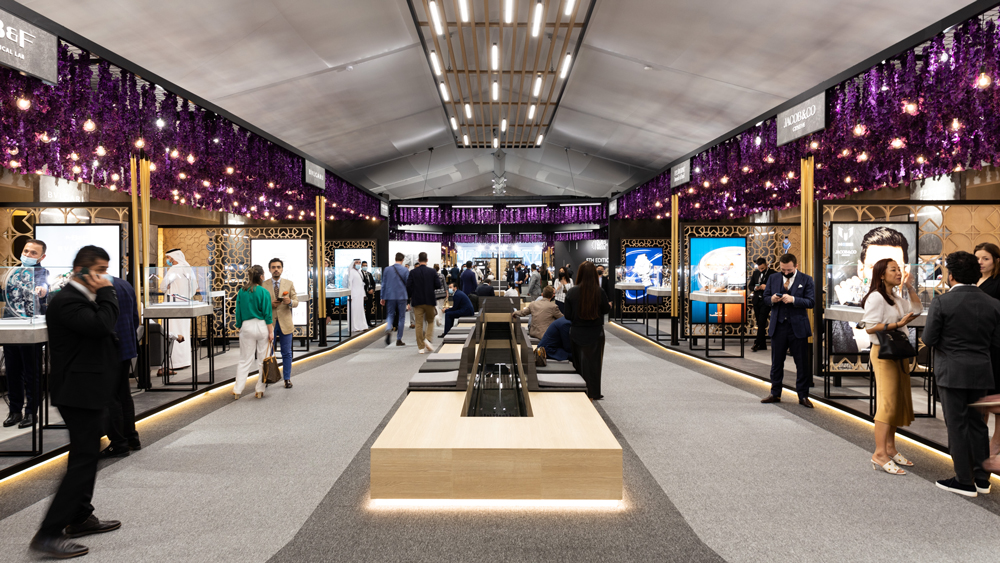 Of course, no watch show would be complete without new product introductions and exhibits. DWW had about 45 brands exhibiting during the show, many of which unveiled new watches or new collections. Some even offered UAE and Seddiqi exclusives – making the show an exciting draw for local collectors.

Similarly, with the exception of just a few brands, the playing field was almost equal. While Audemars Piguet, Tudor and Rolex had their own free-standing “boutiques” outside the watch pavilion, the rest of the brands – from high-end Greubel Forsey and Jacob & Co., to the lower priced TAG Heuer and Reservoir (among others) brands – had comparable space inside the main brand exhibit space. This is something that was a rarity at shows like Baselworld, where big brands commanded big space and small brands were often relegated to the back halls.

This even playing space made for a very comfortable environment for everyone. Sure, competition exists, but the camaraderie present at DWW may be unparalleled in other watch shows. Where else can one visit a watch party by a single brand and see the executives from three or four other brands all hanging out and mingling? This may be one of the warmest and most inviting aspects of DWW. 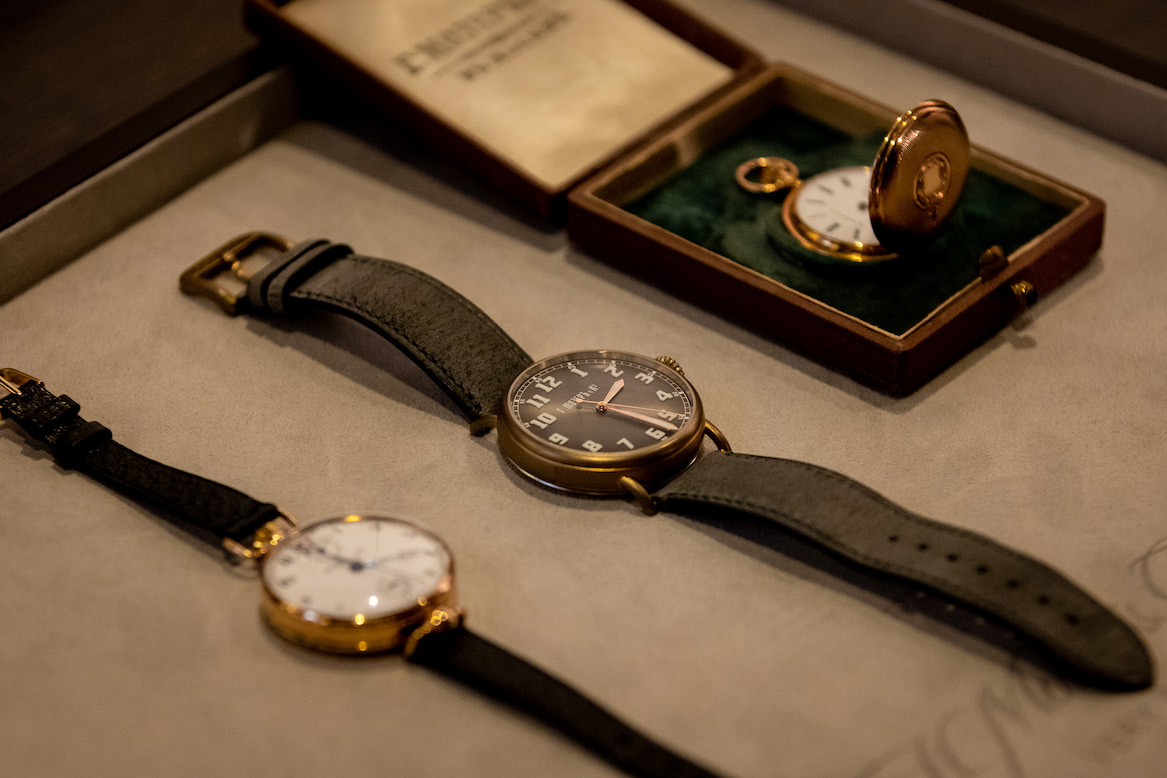 Top 10: The Most Comprehensive Look ‘Year of the Rabbit’ Watches
December 9, 2021