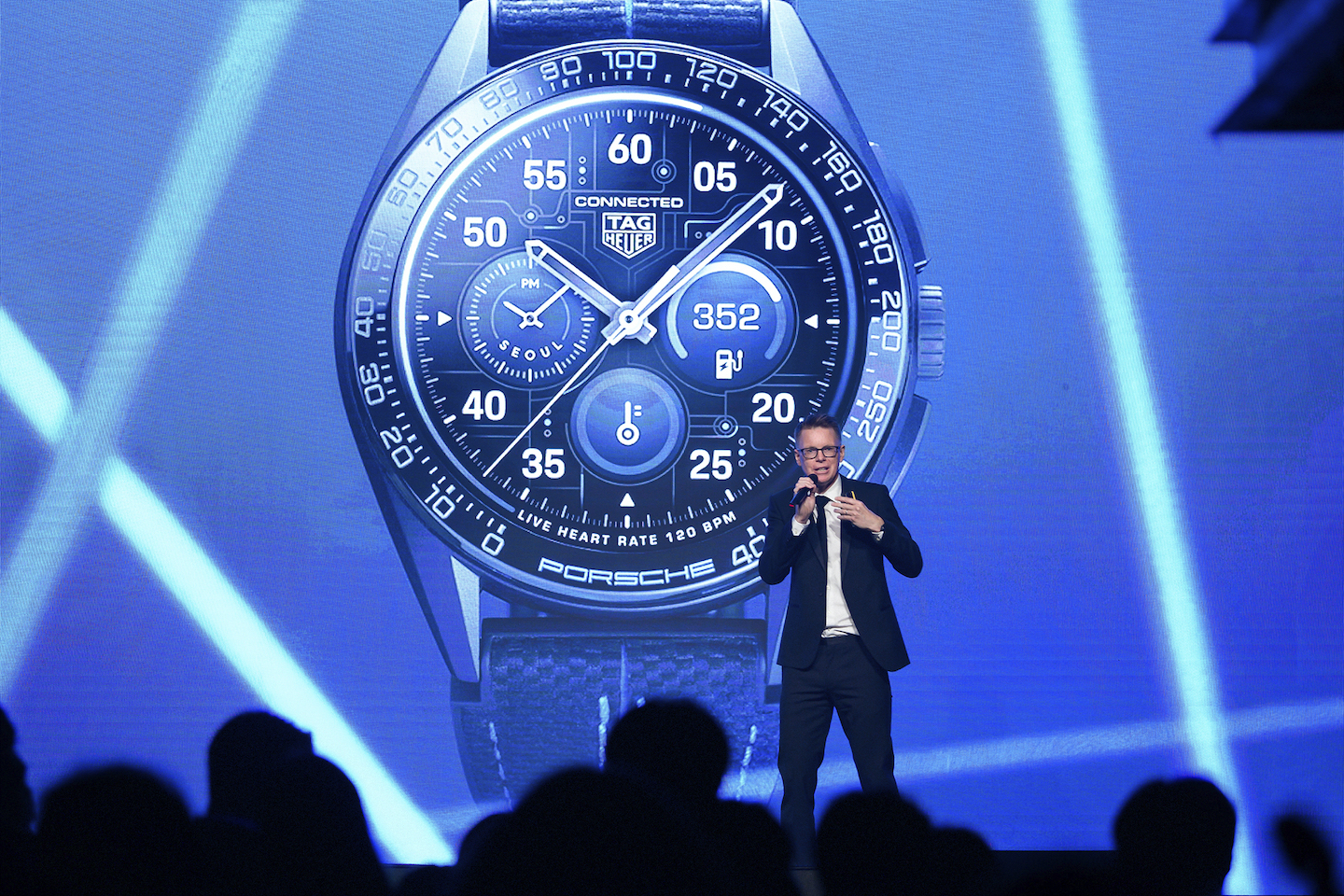 It was just before the global pandemic came to America in March of 2020 that TAG Heuer held a huge event in New York City to celebrate its latest Connected Watch. (the original was unveiled in 2015) That event was a hit. Now, two years later and a pandemic away, the brand races ahead and releases its newest Connected watch, the Connected Caliber E4 Porsche Edition. It echoes the relationship the two brands entered into in 2021. It also offers a new take on the Connected Caliber E4 that TAG Heuer unveiled earlier this year.

While the concept of these two brands teaming up may seem a little confusing to some in the watch world – after all there are Porsche Design watches out there – it is actually very synergistic. The relationship TAG Heuer has is with Porsche, the German car manufacturer. Porsche Design is a totally different entity. 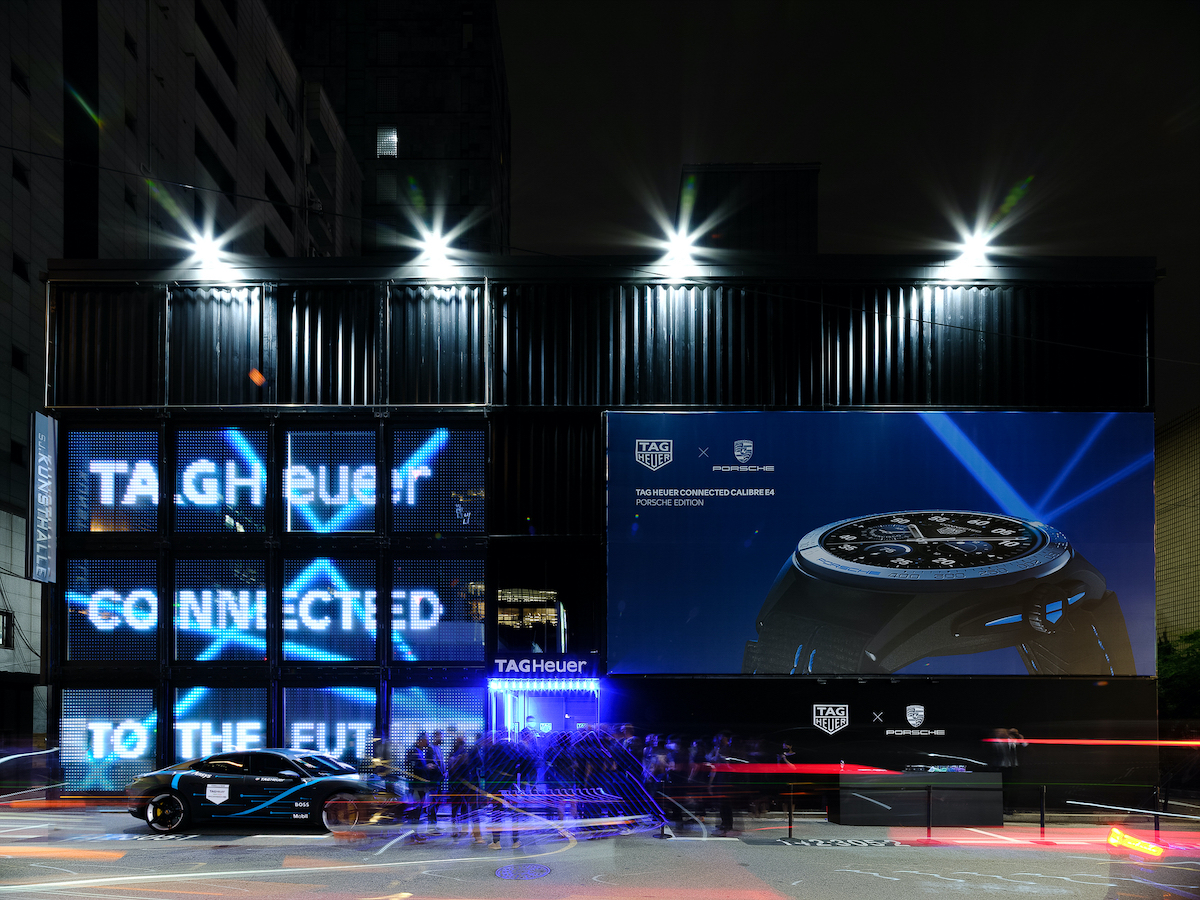 The new watch created from this global partnership offers a different aesthetic and a black-and-blue color scheme that is inspired by the totally electric Porsche Taycan that is black accented with what Porsche calls Frozen Blue colors. The new watch  boasts a blue and black aesthetic, along with a  new “Circuit” watch face  that displays circuit boards and racing circuits. 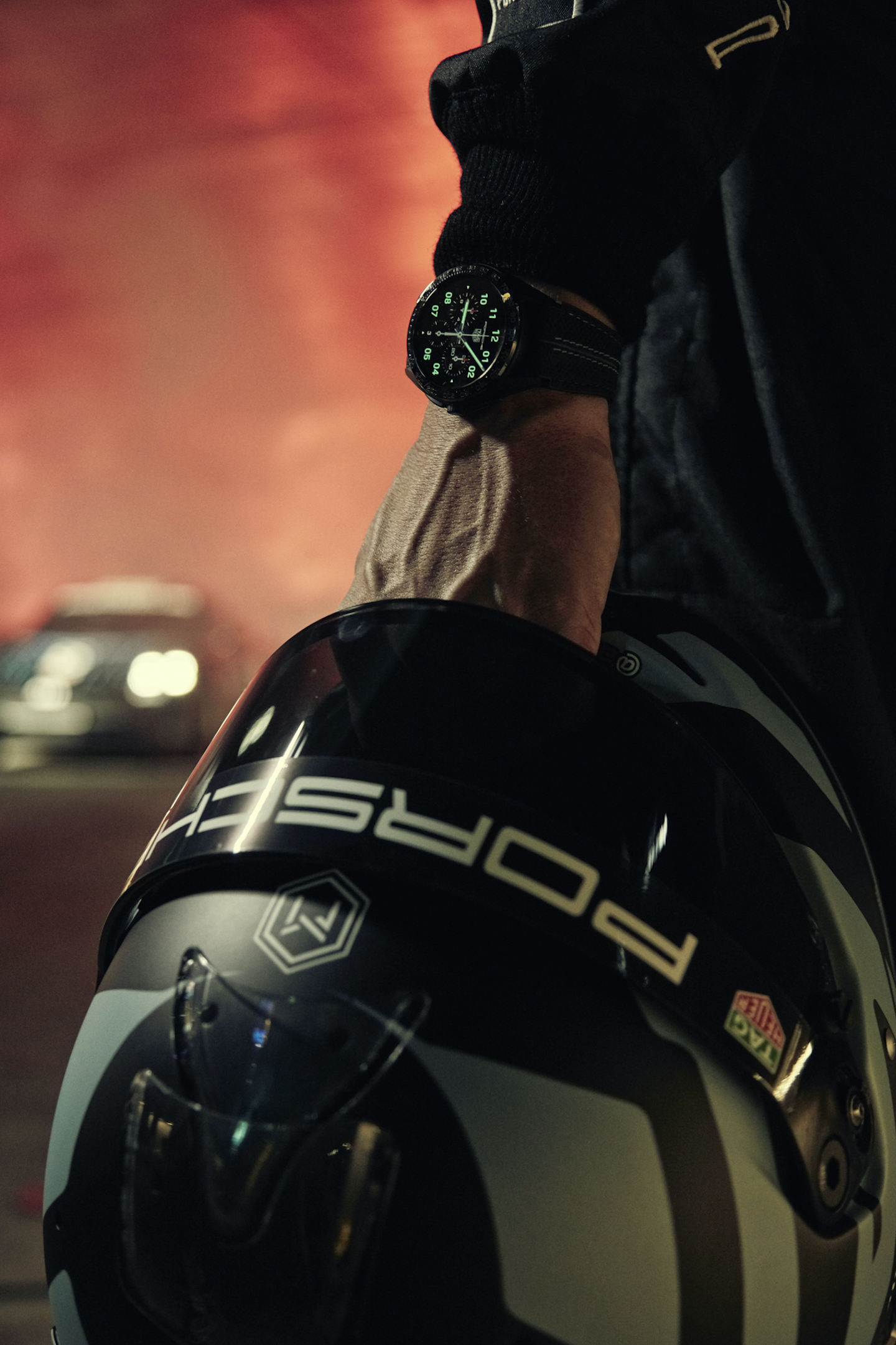 Measuring 45mm in diameter, the watch is crafted of sandblasted black titanium with black ceramic bezel and black steel crown. It is sold with an interchangeable calf leather strap with a rubber backing. As to the Connected capabilities, this newest E4 is chocked with so many features of the TAG Heuer watch that have made it so in demand. 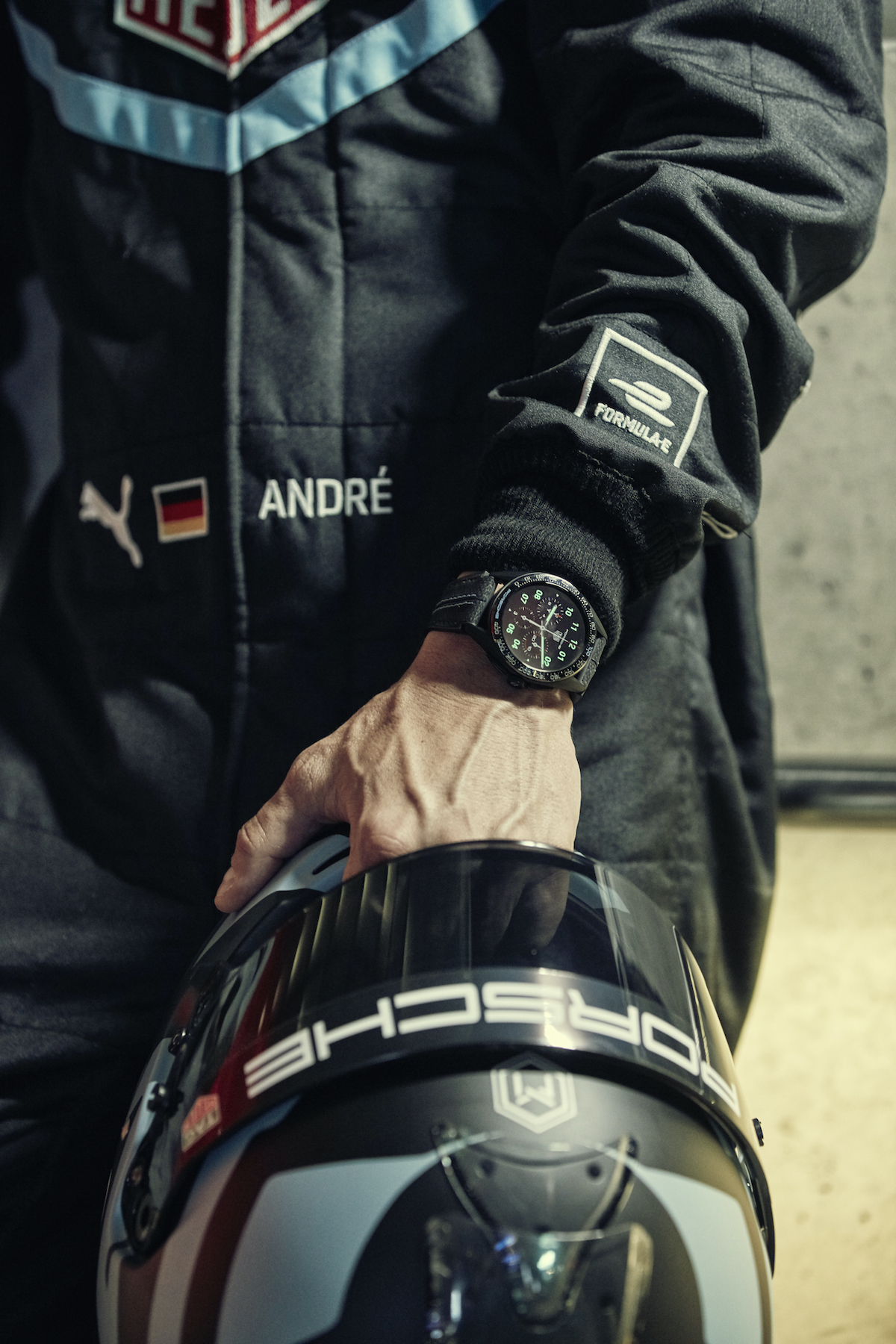 The watch even has some custom features that were developed specifically for owners of Porsche cars. Those features include ways to enhance the driving experience, and a range of wellness and sports apps that already exist in TAG Heuer’s digital environment. Via exclusive Wear OS features for drivers of Porsche cars that are compatible, the Connected Caliber E4 allows for display of battery charge, range and milage. Also, via the My Porsche app, wearers can control AC and heat. It reatils for $2,750. 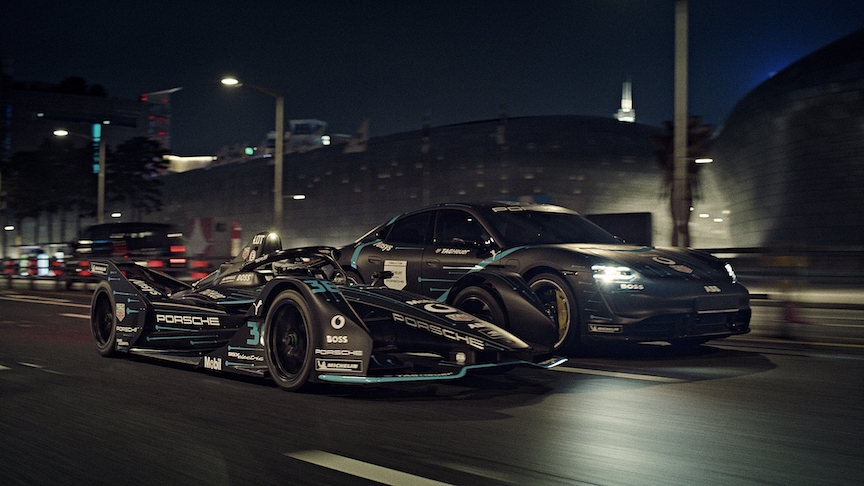 The partnership with Porsche and TAG Heuer began in 2021, but the newest Connected Caliber E4 was inspired by the all electric Porsche Taycan.

This is the first Connected watch that comes as a result of the fairly recent partnership. The first was a TAG Heuer x Porsche Carrera Chronograph launched in 2021 with the announcement of the partnership. The unveiling of the watch took place in Seoul during the city’s first two-race weekend of Formula E – electric single-seater world championship races. TAG Heuer is a founding partner and sponsors the TAG Heuer Porsche Formula E Team.

“For both TAG Heuer and Porsche, the thrill of driving is part of our heritage,” says Frédéric Arnault, CEO of TAG Heuer. “This watch celebrates the fearless spirit of both maisons – as well as highlights the sustainable innovation of the Taycan. This watch evokes many of the passions we share – high performance, technological innovation and our love for unique and unmatched products.”