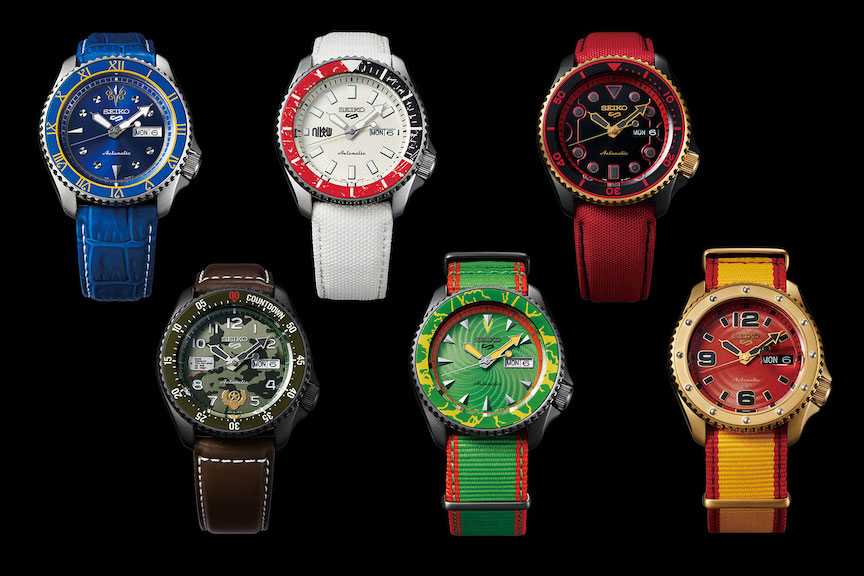 For anyone who has played the Street Fighter arcade games, the statement ‘Choose your fighter!’ is one that carries a great deal of weight. The selection is not one to be taken lightly. The decision on your selected fighter defined your fighting style and likely for a generation of gamers, their youths. Now in its latest iteration Street Fighter V is partnering with Seiko to release six new Seiko 5 sports watches. Each of the six watches draws its  design elements from the characters recognized by millions worldwide: Ryu, Ken, Chun-Li, Guile, Zangief and Blanka. The pieces will be made available in September and limited to 9,999 each. 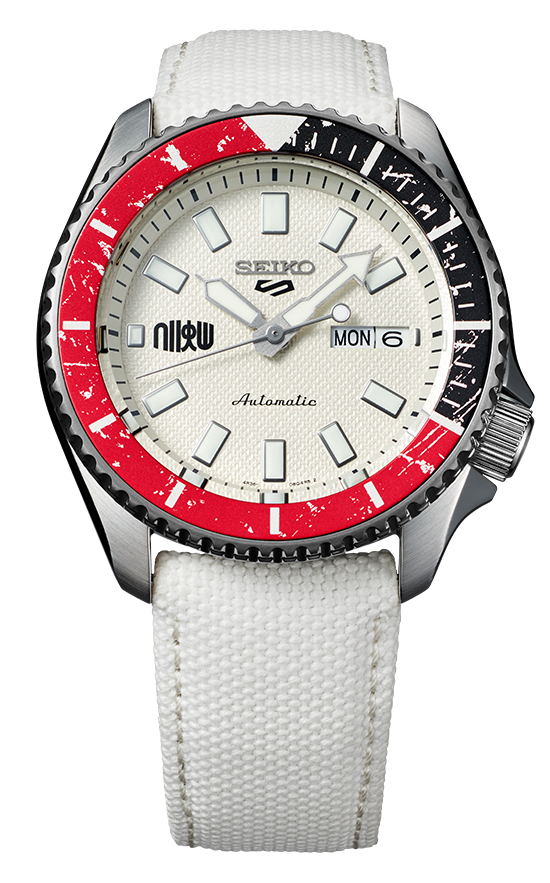 Ryu was the character of choice for yours truly! The design elements here hit all of the notes for those familiar with the character who never stopped training. The white dial paired with the black and red bezel are reminiscent of Ryu’s white gi, black belt and red bandana. The bezel has scratch marks that reflect the tough training Ryu subjected himself to in order to become a ‘true fighter.’At the 9 o’clock position is a simplified version of the iconic “Furinkazan” kanji characteristics on his gloves. The kanji translates to “as swift as the wind, as gentle as forest, as fierce as fire and as unshakable as the mountain.” These four characters are also found on the back of the strap and the controller command for his special move, “Hadoken” is printed on the case back as well. 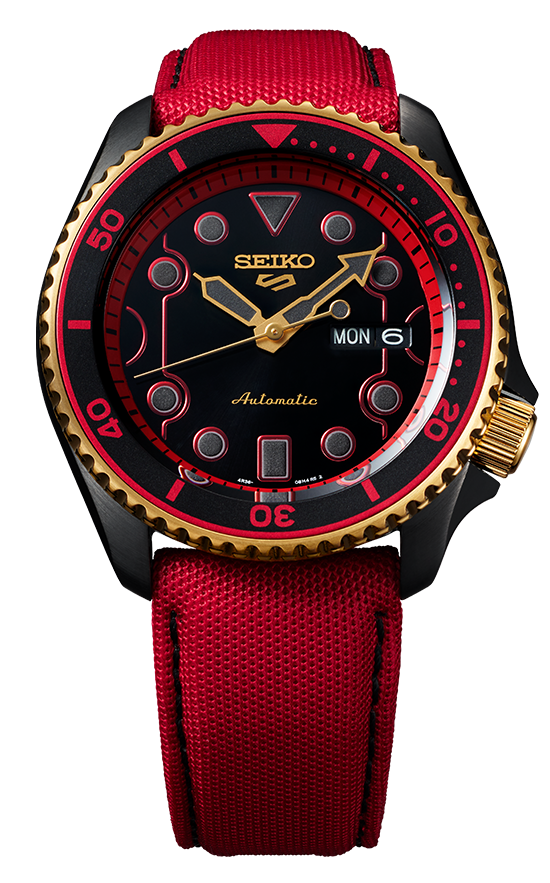 Ken, the American training partner of Ryu, also has the coloring motif anyone familiar with the character will instantly recognize. The color queues drawn from red of Ken’s gi can be found on the watch strap, markers on the bezel, and throughout the watch face are apparent. The black face of the watch taken from Ken’s black belt in martial arts. You will also see gold as well which draws from the characters blond hair. The joystick command for his special move ‘Shoryuken’ is printed on the case back. 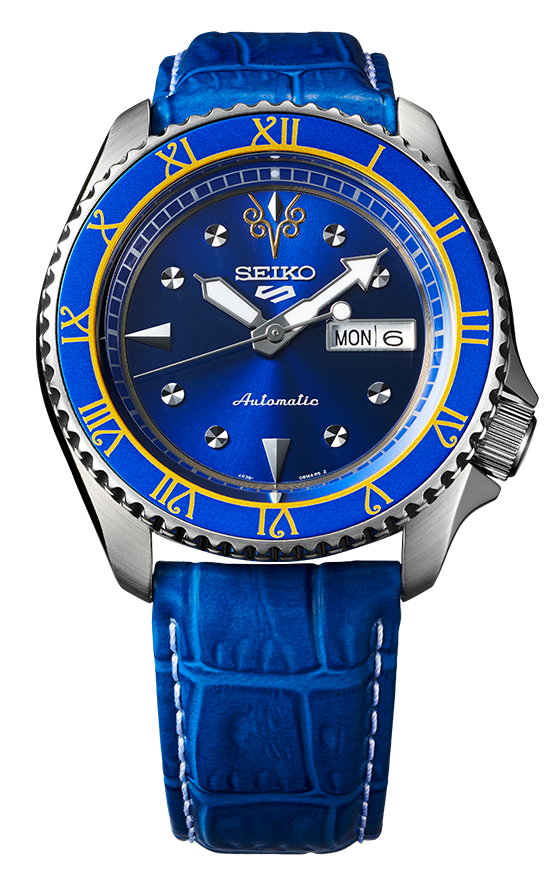 Chun Li’s piece is a head stomping (pun intended) blue and gold motif inspired from the Chinese dress her character is famous for. The design patter at the top of Chun Li’s dress is found at the 12 o’clock position, with her spike bracelets inspiring the spike indices at the 6 and 9 o’clock positions. On the reverse side of the watch strap the dragon pattern from her waist belt is printed and the case back the command for her signature move, ‘Spinning Bird Kick’ is displayed. 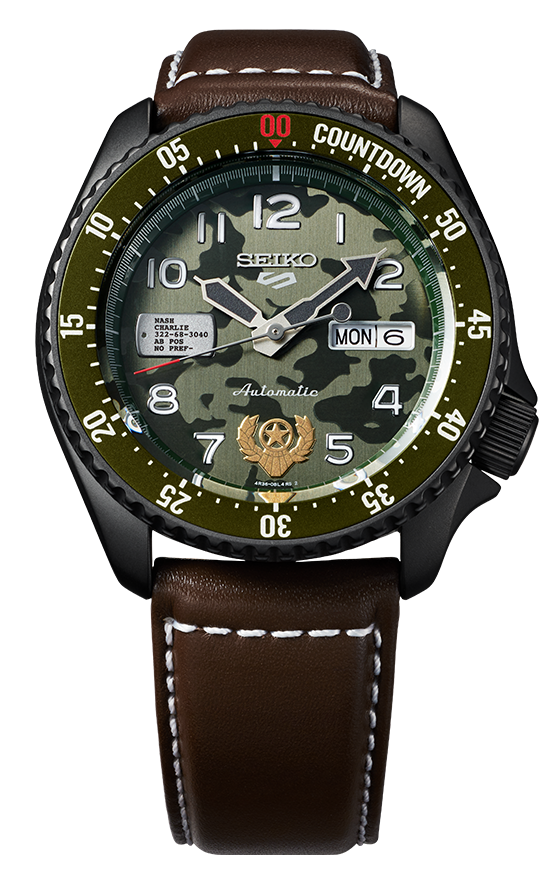 For the All American Guile, Seiko has given the piece a camouflage design dial to pay homage to the characters military background. The six o’clock position features an army patch and the 9 o’clock has his best friend Charlie Nash’s ‘dog tag.’ For those that know, Charlie is the reason why Guile is fighting in Street Fighter and Guile will not stop until he is able to avenge his friend. What better way to be reminded than to see his dog tags whenever you check the time on your wrist! The case back has the command for Guile’s ‘Sonic Boom’ special move. 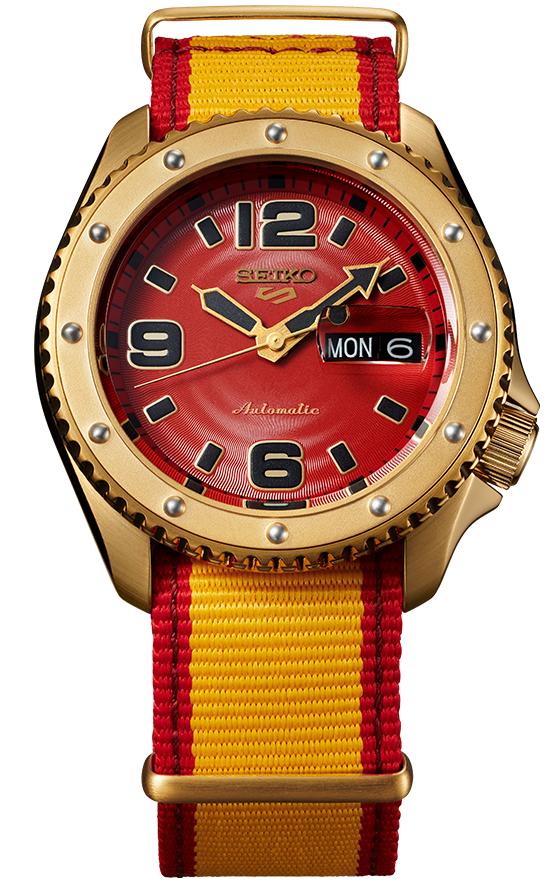 This iteration looks to capture the strongest character in the games physical prowess. The 6, 9, & 12 indices are large and bold. Additionally, the day and date window have been given a magnification lens to further increase the visual presence of the dial. The circular pattern on the dial is inspired by Zangief’s ‘Cyclone Lariat.’ The watch strap itself is a nylon strap that is visual representation of the same wrist band the character wears throughout his matches. The special move on the back of the case is Zangief’s ‘Screw Pile Driver.’

Blanka – Call of the Wild 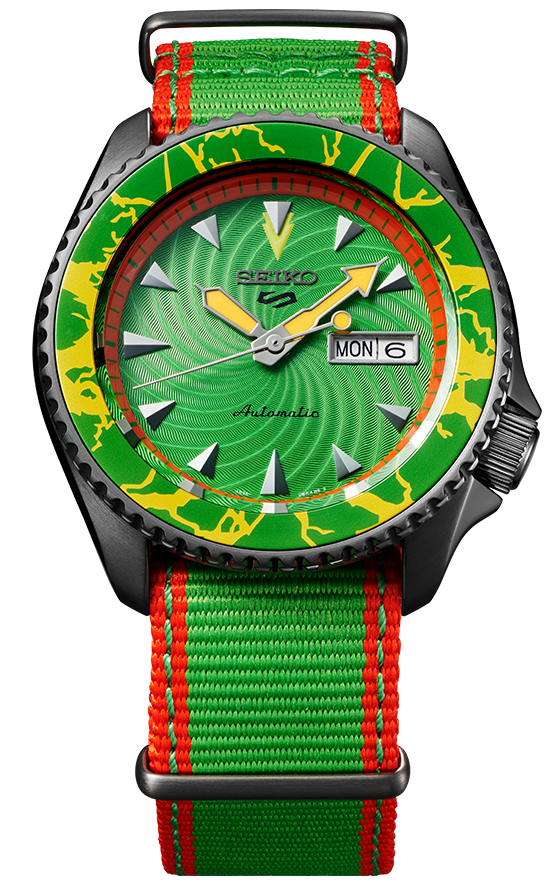 Blanka’s bezel immediately reminds the viewer of the electrical attacks that have frustrated gamers all over the world. The swirling pattern on the dial is inspired from Blanka’s spinning attack. On the back of the nylon watch strap is an affectionate image of a ‘Blanka Chain doll’ is printed the command for the ‘Electric Thunder’ move is printed on the case back.

All of the pieces are powered by the Seiko automatic caliber 4r36with 24 jewels, optional manual-winding, a 41 hour power reserve and a hacking second hand. All are water resistant to 10 bar and have see-through case backs. Retail prices are about $440.

What a great and fun watch — makes you really want to get ready to choose your fighter. For me, the choice is clear. I have been maining Ryu since Junior High School and that trend continues with my watch selection. Hopefully the watch will help me master the Hadoken. 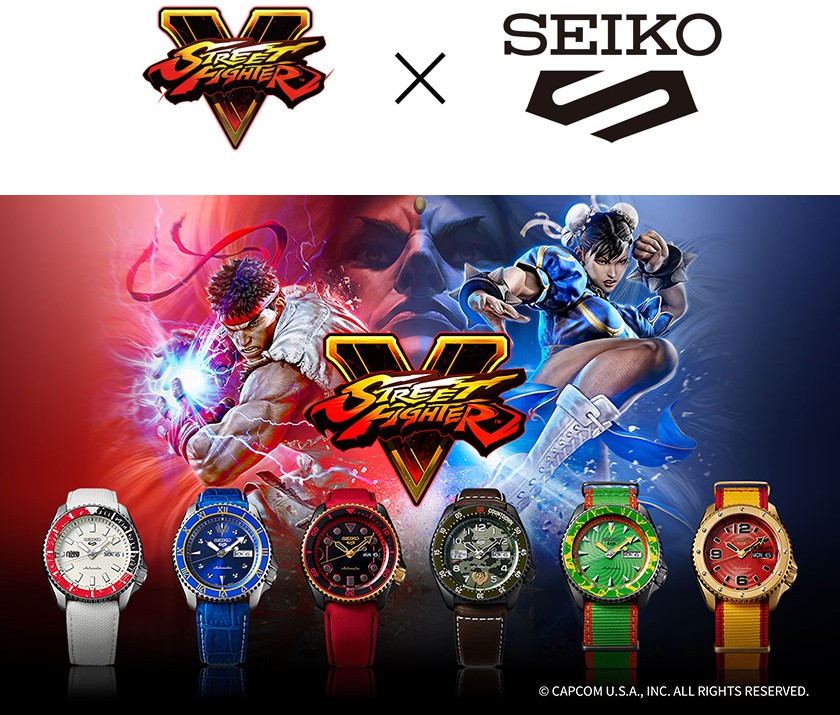