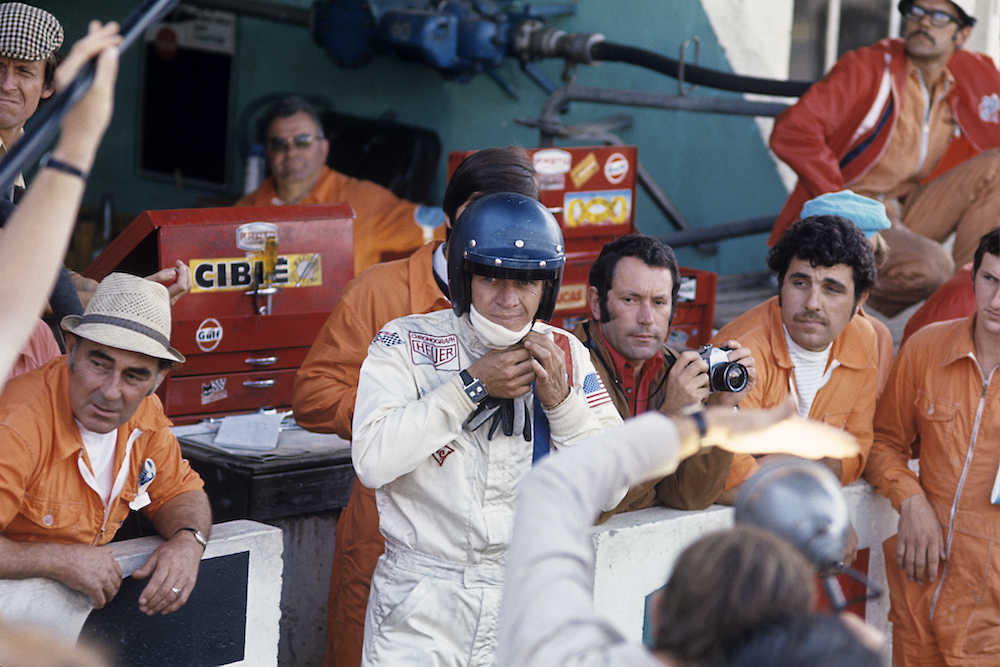 Steve McQueen put time on the map – at least for TAG Heuer back in the 1970’s  when he wore the Monaco in the film Le Mans. McQueen was an avid racecar driver in addition to being a superb actor and he did his own driving in that movie.  Now, the watch he wore – and later gifted to the head mechanic on his racing team – is going up on the auction block by Phillips In Association with Bacs & Russo in December.  It is one of the last two known pieces of this version, Heuer Monaco, Ref. 1133, circa 1969.  The auction, Racing Pulse, takes place in the flagship New York space on December 12.

After the movie was filmed, McQueen had an engraving put on the back of the watch  (To Haig Le Mans 1970) and gifted it to the   film’s Chief Mechanic and McQueen’s personal mechanic, Haig Alltounian. The watch is now being consigned directly by Alltounian. 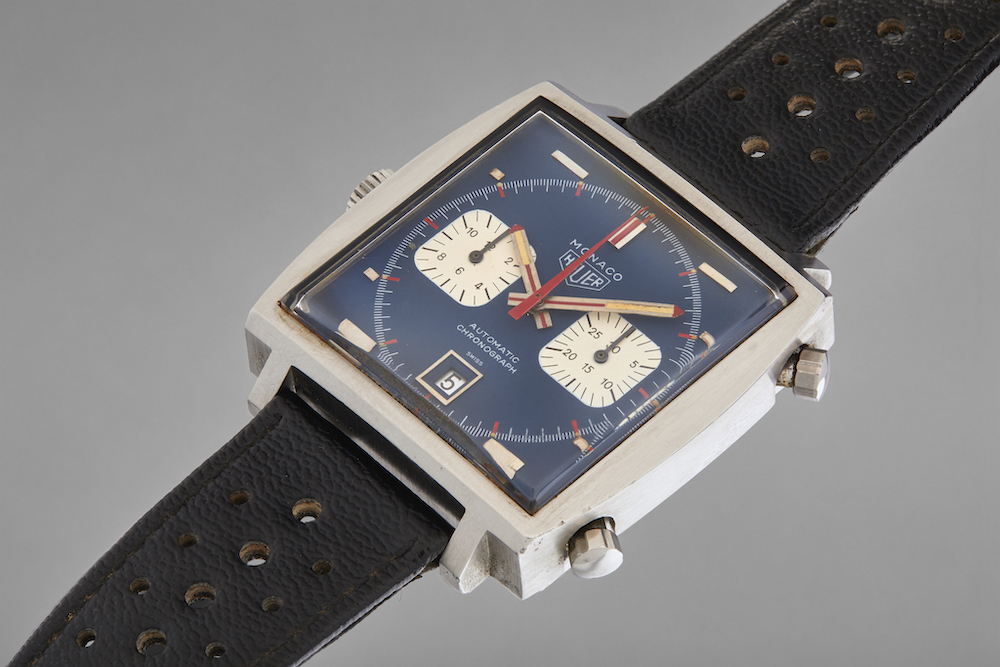 Steve McQueen wore the Heuer Monaco watch in the 1970 movie, Le Mans, and later gifted it to the Chief Mechanic on the film.

“The Heuer Monaco will always be associated with the glamor and thrill of auto racing. … Preserved in superb, original condition with its fascinating caseback engraving remaining perfectly crisp, it can certainly be considered as one of the most important Heuer wristwatches of all time. Worn on McQueen’s wrist while driving the film’s Porsche 917 at speeds above 200 mph, its incredible provenance, wonderful state of preservation, and adrenaline- fueled history make it an ultimate trophy watch for the connoisseur,” says Paul Boutros, Head of Phillips Watches, Americas.

We are unsure what the lot will sell for, but remember, Phillips sold Paul Newman’s Rolex “Paul Newman” Daytona reference 6239  for a massive $17,752,500 at its  New York Auction: Winning Icons in 2017. It was the highest result ever achieved for any vintage wristwatch at auction.   Steve McQueen and TAG Heuer most likely won’t top Paul Newman and Rolex, but who knows. 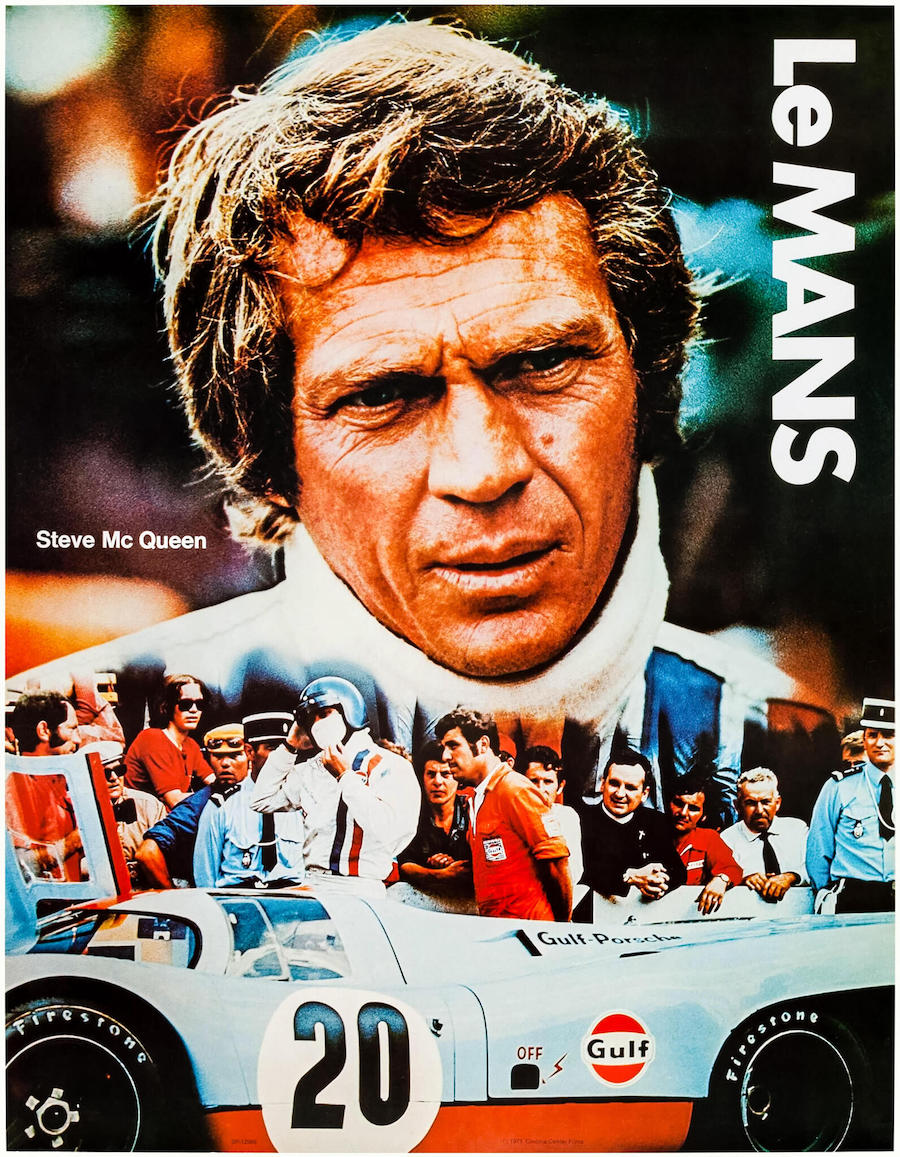 Steve McQueen wore the Heuer Monaco during filming of Le Mans. There were several versions on the set. The one he gave to his mechanic is being auctioned by Phillips in December 2020.

After all, Heuer’s Monaco, introduced to the world in 1969, was a game-changing timepiece. It was one of the world’s first self-winding chronograph wristwatches, powered by the Caliber 11 and housed in the world’s first ever water-resistant square case. Today the Ref. 1133 is an icon for watch collectors and is one of the most sought-after on the auction market. The watch was designed by Jack Heuer and named for the Formula One racetrack in Monaco. It was McQueen’s choice for filming of Le Mans.

As to Haig Alltounian, his career spanned more than three decades in motor sports as a professional driver, designer, and mechanic. Retired, he still restores and  repairs vintage and classic motorcycles. In his lifetime, he worked with racing legends such as Carroll Shelby, Dan Gurney and Bruce McLaren. He also consulted on the 1969 racing movie Winning with Paul Newman and Joanne Woodward. He later worked with Jo Siffert, Derek Bell and others, but he says his time onLe Mans is particularly dear to him because of the friendship he struck with McQueen. 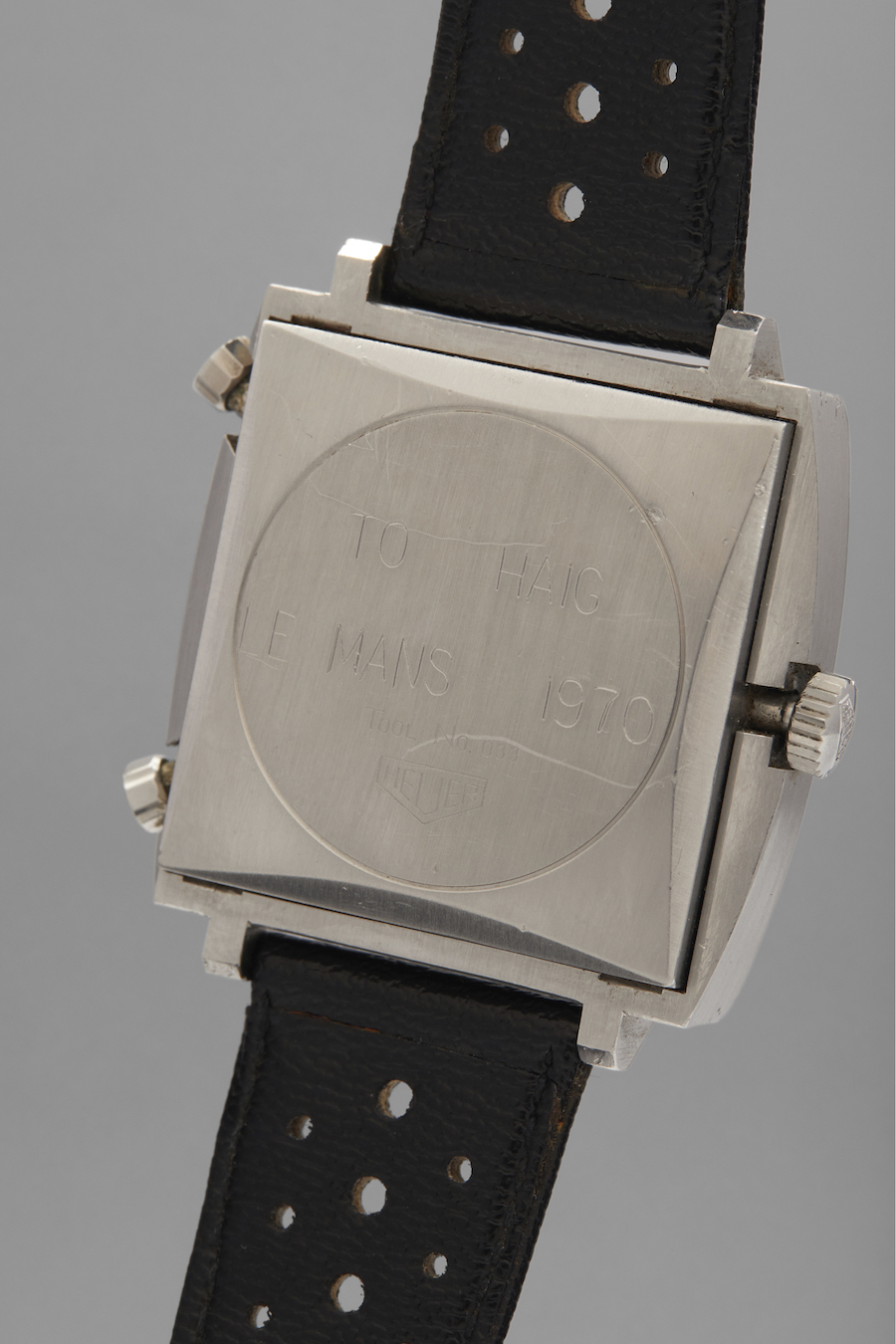 The watch is engraved by McQueen to Haig Alltounian.

I Went To The Seaglass Rose’ Experience With Corum, Here’s What Happened
October 30, 2020